In Dorset you can enjoy a good old day on the beach watching volleyball, or take to the seas for a day sailing or even join in the age-old tradition of knob throwing. One of the major sports venues is AFC Bournemouth, following their promotion to the Premier League. Home games alternate most weekends and they play the occasional midweek fixture.

If you are a rugby fan, the last May bank holiday weekend features the Rugby Sevens competition. This ever-expanding event boasts a festival atmosphere with bands, bars and food stalls, with pro and semi-pro competitions.

If sitting on the beach whilst enjoying watching sport is appealing, then visit Dorset for either the Weymouth Beach Volleyball classic or the Sandbanks beach volleyball festival. Both national open tournaments attract more than 100 teams of both men and women – including many overseas competitors. Summer events are held in July or early August. 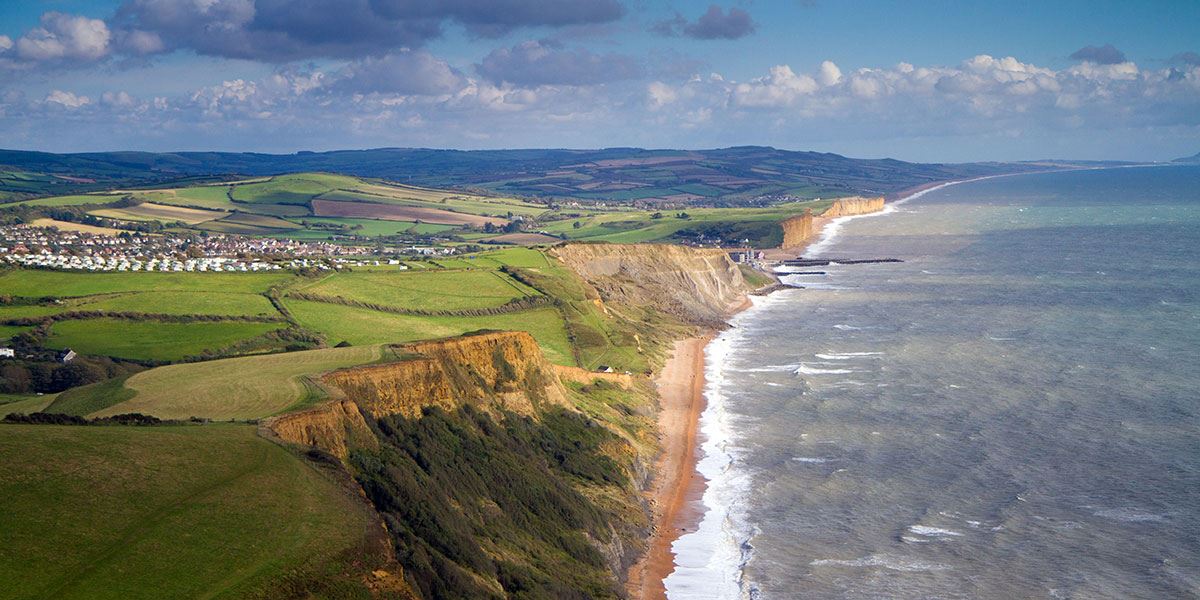 Explore the 86 miles of South West Coast Path in Dorset

Dorset’s 86 miles of South West Coast Path is part of several county coastal paths joined together as a national trail in 1978 and covers from Lyme Regis to Poole Harbour, encompassing the beautiful fishing villages and towns of Lyme Regis, West Bay and Swanage. After being awarded World Heritage status in 2001, the coast path is the best way to view the coastline’s limestone buttresses and multi-coloured sandstone cliffs, rich fossil-lined rock strata and white chalk stack pinnacles rising from the sea.

Covered in dramatic hills and cliff tops descending into peaceful coves, it is easy to see how the southern point of Dorset is so popular with ramblers and tourists. Utilising the Jurassic Coaster x53 and x31 bus services mean that your return journey to your car is an easier option. The rolling valleys of Piddle and Blackmore Vale and the isle of Purbeck offer beautiful views of central Dorset and all its heritage.

After being awarded World Heritage status in 2001, the coast path is the best way to view the coastline’s limestone buttresses and multi-coloured sandstone cliffs, rich fossil-lined rock strata and white chalk stack pinnacles rising from the sea

For golfing fans, there are 32 courses for all varieties of players spread throughout the county with notable courses at Ferndown and Parkstone. Whether you are a PGA wannabe or a complete novice there is a course to suit your game.

Kayaking, coasteering, surfing or paddle boarding hire is available all over the coast. Try Sorted Watersports Centre just before you get to Boscombe Pier for equipment and lessons. There are also numerous fishing/spearfishing charter boats that you can hire, especially in Lyme Regis, Weymouth and Poole. For divers there are a variety of options and highlights include diving wrecks off Old Harry’s Rocks and the Purbeck Marine Reserve at Kimmeridge. 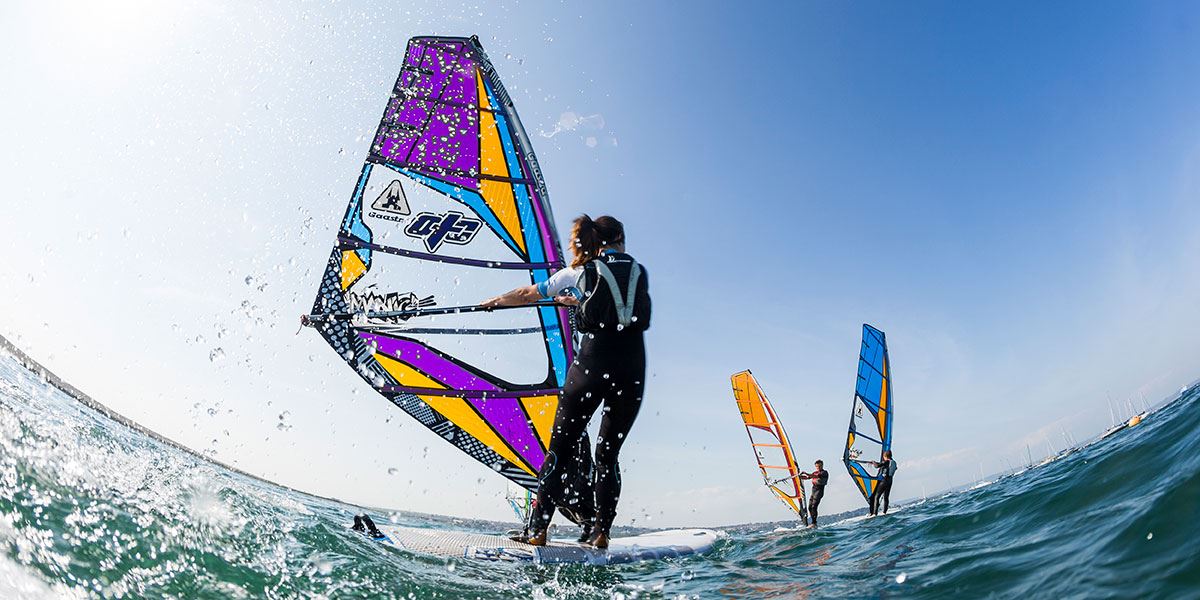 Try your hand at watersports while you’re here

Loosely defined as a sport, what county would be without its novelty food flinging tradition called Dorset Knob Throwing. A biscuit so dense it could be used in the construction industry, draws crowds of locals and tourists to this innuendo-packed festival celebrating this baked delight. Whether you’re guessing the knob’s weight or how many knobs are in a jar, be prepared for fine food stalls, fresh local ales and hay bales for seating whilst a band plays of song or two. The bi-annual festival is usually held in May.

As part of the Olympic legacy, Dorset now has an incredible International Sailing Academy at Portland, near Weymouth, and there are various day activities that can be booked from the famous venue.