Trips to Dorset aren’t just about revelling in nature. It’s just as much fun to revel in the past. From stunning castles to military museums, this fascinating county has history covered.

Medieval Lulworth Castle, which dates to the early 17th century, opened its doors to the public in 1998 and has been a major attraction ever since. Both the castle and its grounds are open throughout the year, with special events such as outdoor theatre performances and film screenings scheduled across the summer. Go up to the top of the tower for breathtaking views or visit nearby Lulworth Cove for lunch in one of the seaside cafes, where you can sample fresh crab sandwiches and homemade ice cream.

Corfe Castle’s dramatic ruins dominate the village of the same name. Originally a wooden structure, the castle was rebuilt in stone by William the Conqueror in the 11th century and offers a rare insight into the life of a medieval castle. The National Trust puts on regular talks about the owners and their role in the development of the castle and its surroundings. 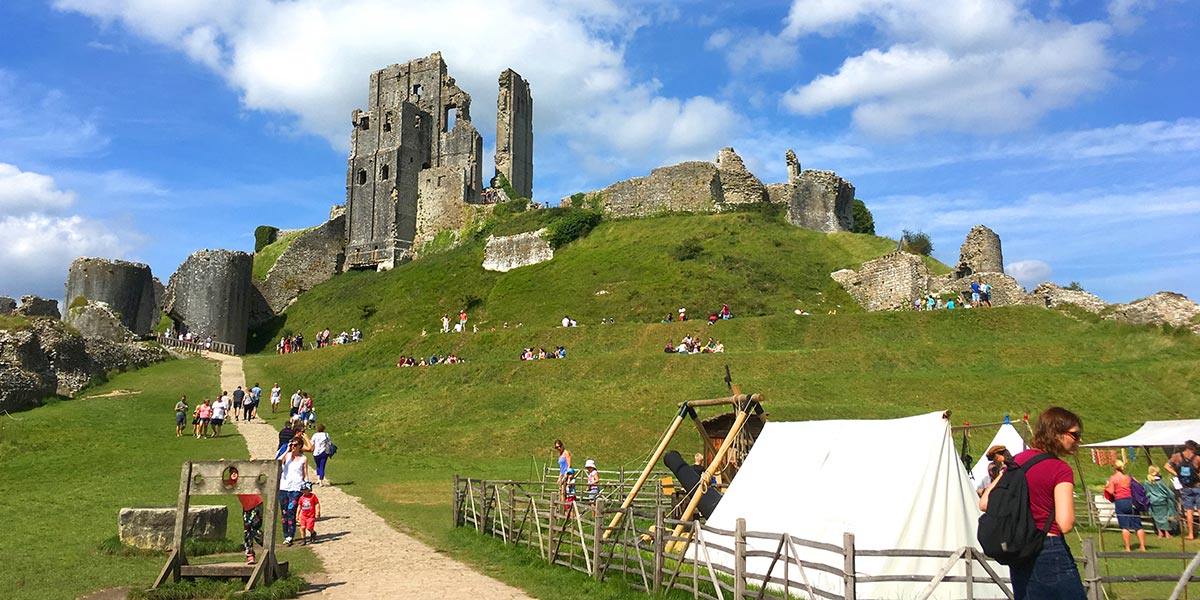 Portland Castle on the Isle of Portland is a handsome artillery fort built for Henry VIII in the 1540s, to help protect England from continental invasion.

Dorchester’s impressive Maiden Castle sits to the west of the county town. This English Heritage site is one of Europe’s largest Iron Age hill forts and is vast in extent, with the ridged defences still very evident. It’s free to visit all year round.

Set in beautiful woodland on the outskirts of Dorchester, Thornicombe Woods houses the cottage where Thomas Hardy was born and spent a large part of his life. There are short and long walks available to all, including gravelled tracks for disabled access, so all budding writers and Hardy fans can enjoy the attraction, which includes an informative visitor’s centre. Travel just a few miles towards Dorchester and you come across another National Trust house, Max Gate, where Hardy also lived.

Dorset is home to a clutch of picture-perfect towns such as Sherborne, Shaftesbury and Wimborne. Sherborne, to the north of the county and on the border with Somerset, is a small town renowned for its abbey and boutique shops and cafes. The 16th-century Sherborne Lodge was built for Sir Walter Raleigh, while the town’s castle is a romantic 12th-century ruin.

Charming Wimborne is located on the eastern side of the county and lies just north of Poole. This small town hosts several cafés and shops and a handful of delightful restaurants. Gold Hill in Shaftesbury is instantly recognisable thanks to an old Hovis TV advert featuring a young boy pushing his bike up a cobbled street. Set on a North Dorset hilltop at over 700ft above sea level, the town offers views towards Glastonbury Tor on clear days. 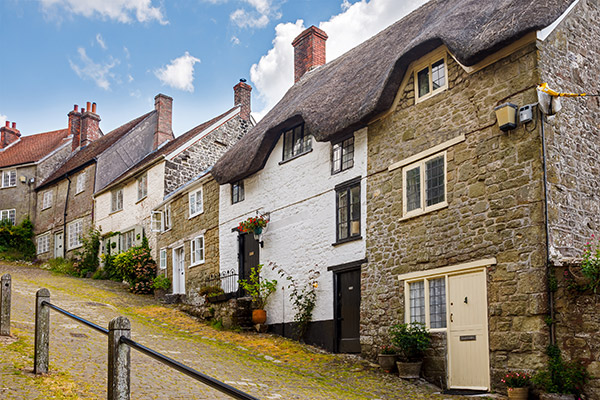 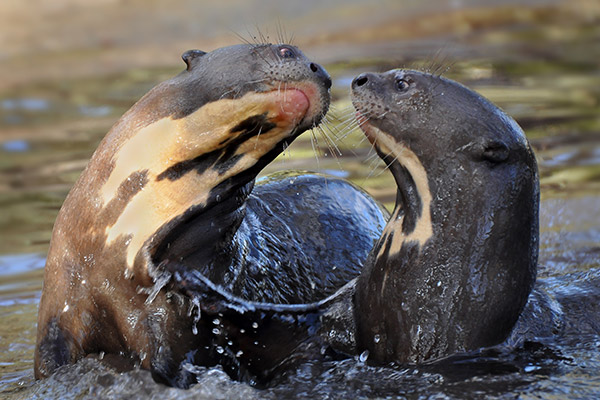 Only a few minutes’ drive from Bournemouth is the picturesque town of Christchurch. Surrounded by sandy beaches and the New Forest National Park to the east, it’s a perfect destination for a day’s sightseeing. Within the town are two main tourist attractions – the castle ruins and the priory. Both are free to enter and date back to the late 11th century.

Take a trip back in time with a journey on the classic British mode of transport – the steam train. Running from Norden Park to Swanage town centre, there’s no better way to park and ride into the seaside resort. You can take in the outstanding scenery of Corfe Castle on the six-mile journey, and there are special events such as lunch and dinner experiences on board the train. Once at Swanage, sample tasty fish and chips on the pier and watch the locals try their luck at crabbing.

For an alternative way to see the county’s fabulous sites, why not take to the air? There are companies offering short flights by aeroplane, helicopter or even hot air balloon. Compton Abbas Airfield on the Dorset/Wiltshire border offers flights in everything from modern Piper Warriors to vintage open-cockpit Tiger Moths. Biggles goggles included! 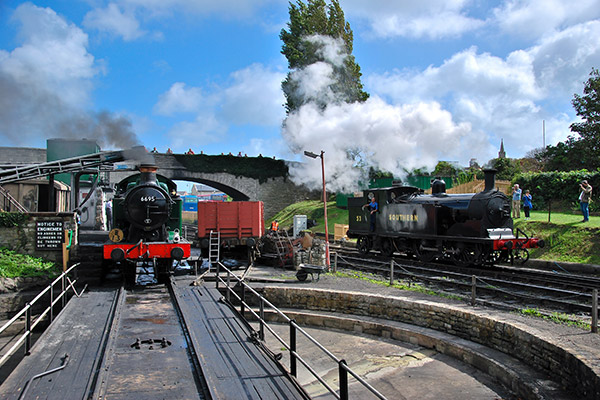 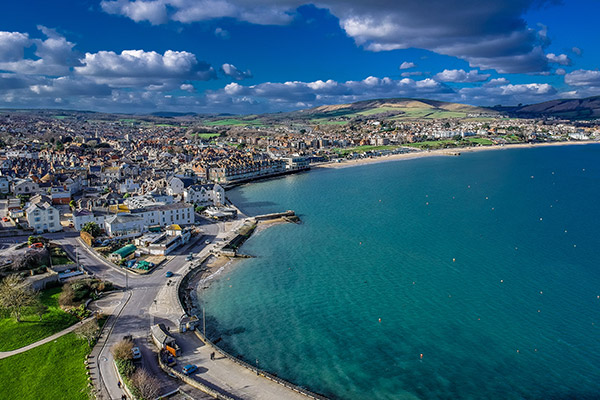 Visit the stunning scenes on the coast in Swanage

If you’re into military history get down to Tank World. Located at Bovington Camp 12 miles west of Poole, this museum comprises the largest collection of tanks in the world.

For more insight into military history check out Tyneham. In 1943 the villagers were moved out by Winston Churchill’s War Cabinet, so that the village could be used for D-Day preparations. Sadly, the villagers never returned, and today it is part of the Ministry of Defence Lulworth Ranges: only empty buildings remain.