For decades Manchester has played a leading role in the heritage of British sport and, although the 2002 Commonwealth Games confirmed the city’s global importance, it is football (soccer to our North American visitors!) which sets the pulses racing.

Not only are the city’s two leading clubs, United and City, famous worldwide brands, but their intense local rivalry is played out twice a season in front of tens of thousands of passionate fans in derby games which excite, define – and polarise – the city.

The rivalry became even more intense in May, 2012, when, on a dramatic final day of the season, City snatched the Premiership title from United with two goals in the dying minutes of their match against Queen’s Park Rangers. However, normal service was resumed in 2013 when United reclaimed their crown, only for City to snatch the title back again in 2014. 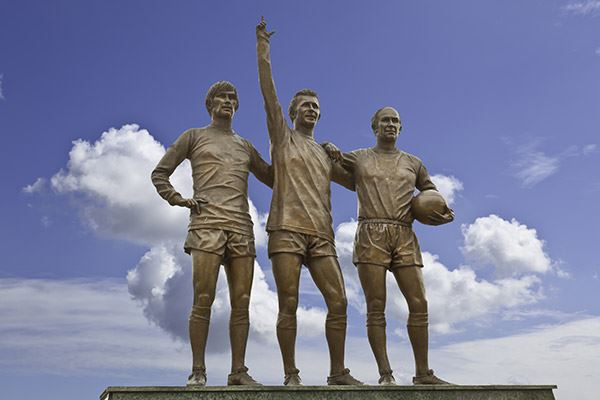 Best, Law and Charlton make up the United Trinity statue at Old Trafford 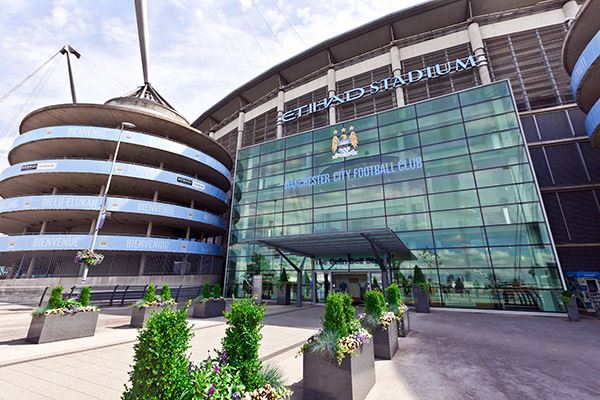 The Etihad Stadium is home to Manchester United

There is no denying that in recent years – actually two decades – Manchester United had been in the ascendancy during the reign of Sir Alex Ferguson who, after restructuring the club, embarked on a winning streak which made the Reds one of the most famous and successful world sporting brands. It was English footballing legend Sir Bobby Charlton who apparently labelled United’s home, Old Trafford, the “Theatre of Dreams”, although for visiting teams in recent seasons it has been more the venue for nightmares! United have dominated English football in the modern era winning title after title, including two European Cups, the Holy Grail of European soccer.

For those who want to delve into the inner workings of Europe’s leading club, you can soak up the majesty of the stadium with a tour and museum visit, but it’s on match days when Old Trafford comes to life, roared on by a 75,000-capacity crowd.

Their bitter rivals across the city, Manchester City, have enjoyed (probably not quite the right word!) a rollercoaster ride over the last 20-odd years whilst their Red rivals – until 2012 – had held sway. City followers treasure their heritage and history as highly as United, and for every home game around 55,000 fans pack the impressive Etihad Stadium into which the club moved following its use as the showpiece for the 2002 Commonwealth Games.

City’s stadium tour and museum chart the club’s recent ups and some historical downs. And could it be that the balance of power is finally shifting to the blue half of the city? City’s sixth league title in 2019 under Pep Guardiola marks a run of six years since United last won the top spot. 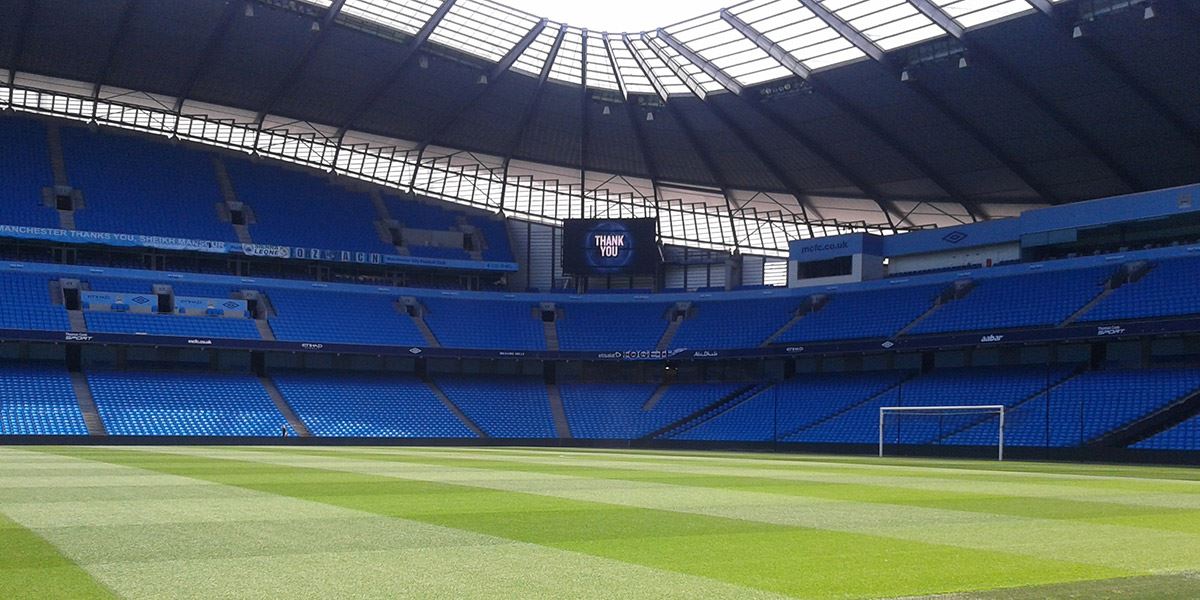 Alongside United and City, Wigan Athletic add to the richness of the area’s soccer heritage. Wigan had been on the up since the 1990s when their ascent through the divisions to the top of the English game began at their old Springfield Park ground. Now housed in the DW Stadium, Wigan ended a golden period by suffering two relegations between 2013 and 2015, with the rollercoaster ride continuing with a promotion in 2016.

But for the football aficionado, there are few places in Greater Manchester where you’re not within kicking distance of a professional club. Bolton Wanderers, Oldham, Stockport and Bury are all very close by, while further afield there’s Burnley, Preston, Macclesfield, Accrington Stanley, Rochdale and Chester.

For the football aficionado, there are few places in Greater Manchester where you’re not within kicking distance of a professional club

In the Greater Manchester area, in many places football is superseded by the oval ball game, Rugby League. St Helens have been a dominant force in recent years and enjoy a bitter local rivalry with Wigan who, once pre-eminent in the game, are now attempting to revive their old glories. Salford Reds and Warrington are also represented in the top echelons of Rugby League while, in the Union code, Sale Sharks are a force to be reckoned within the English Premiership.

Old Trafford is also the home of Lancashire County Cricket Club and the famous old venue has seen many memorable cricket moments over the decades, including 1956 when England’s spin bowler Jim Laker was the first player ever to take 10 wickets in an innings – the fact that it was against Australia made it even more enjoyable!

Manchester is surrounded by racecourses which are awash with history. Chester Racecourse is the oldest in the country, having staged its first event early in the 16th century! Haydock Park, along the road on Merseyside, has been operating since 1899 whilst up in the Lake District, Cartmel is rightly known as one of the most picturesque courses in the country. And of course, less than an hour’s drive away is Aintree, home to the world’s most famous steeplechase, the Grand National. But if participating, rather than watching, is your thing, there’s loads to get involved in around Manchester. 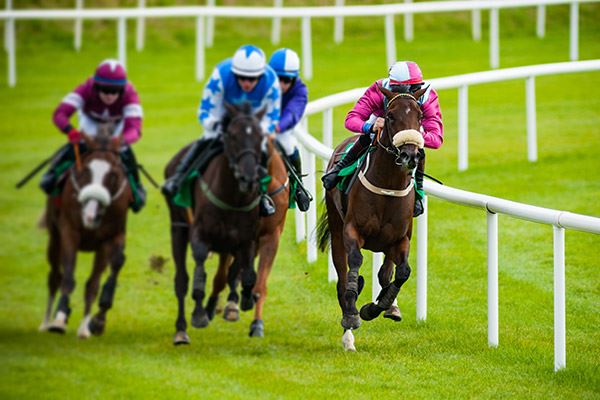 Manchester is surrounded by a number of racecourses 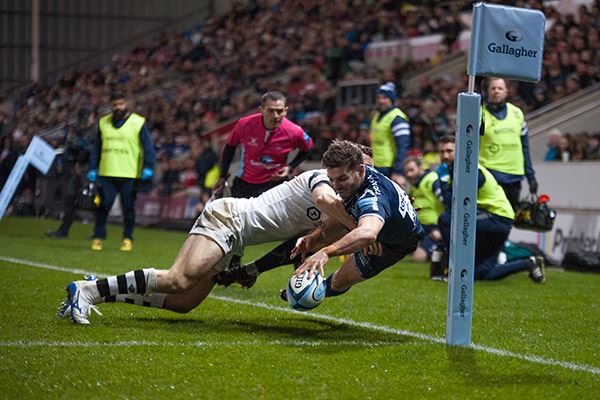 Golfers are absolutely spoiled for choice, with more than 100 courses situated in the city and surrounding area. Four miles out of the city centre, Heaton Park has benefitted from a £32 million facelift with a 18-hole course which is open to the public seven days a week. And if you’re willing to drive a bit further for a superb golfing experience, Royal Birkdale, Royal Lytham and Hoylake all admit guests. Part of the Merseyside ‘Golf Coast’, these historic courses have all hosted numerous Open Championships – your chance to follow in the footsteps of the stars!

If you fancy a dip, Manchester’s Aquatics Centre offers visitors a swimming experience fit for the best. Built for the 2002 Commonwealth Games, the Centre boasts two 50m swimming pools, diving facilities, a health suite and fitness studio. Similarly at the Manchester Velodrome, cyclists can experience one of the world’s fastest indoor tracks which caters for beginners through to the professionals. It also offers facilities for basketball, badminton and netball.

If the great outdoors is your thing, get out the metropolis and enjoy some of England’s finest scenery. Walkers, hikers, cyclists and runners can all do their thing in spectacular surroundings. To the south is the Peak District, incorporating more than 500 square miles of National Park, whilst up in the Lake District to the north, challenging mountains and outstanding scenery provide a dramatic backdrop for serious sporting activity or just a gentle stroll!