There is no end of sports to enjoy in Suffolk, whether you’re a participant or prefer to spectate. You never know, you may even get the chance to try your hand at a new activity while you’re in the county. For many people, Suffolk and sport means just one thing – Ipswich Town Football Club. The Tractor Boys have been in existence since 1878, playing at Portman Road since 1884 and turning professional in 1938.

The Blues are Suffolk’s only fully professional football team and play against their opponents in the Championship – with Norwich City their fierce rivals. If your visit doesn’t coincide with a match being played, take a tour of the ground including the dressing rooms, tunnel and the dug-out. You’ll find out all about the club’s rich history and its much-loved managers Sir Alf Ramsey and Sir Bobby Robson.

As a coastal county which is also blessed with a number of resplendent rivers, you can easily sign up for some water sports while you’re here. Sudbury has its own canoe club, where people of all ages and abilities can hire equipment and go canoeing or kayaking. The sessions are run by fully qualified coaches, so rest assured that you’ll be safe on your jaunt on the water. If you’re a keen waterskiier or would like to give the sport a try, get in touch with the East Suffolk Wakeboard and Water Ski Club, which runs exhilarating sessions along the River Deben. 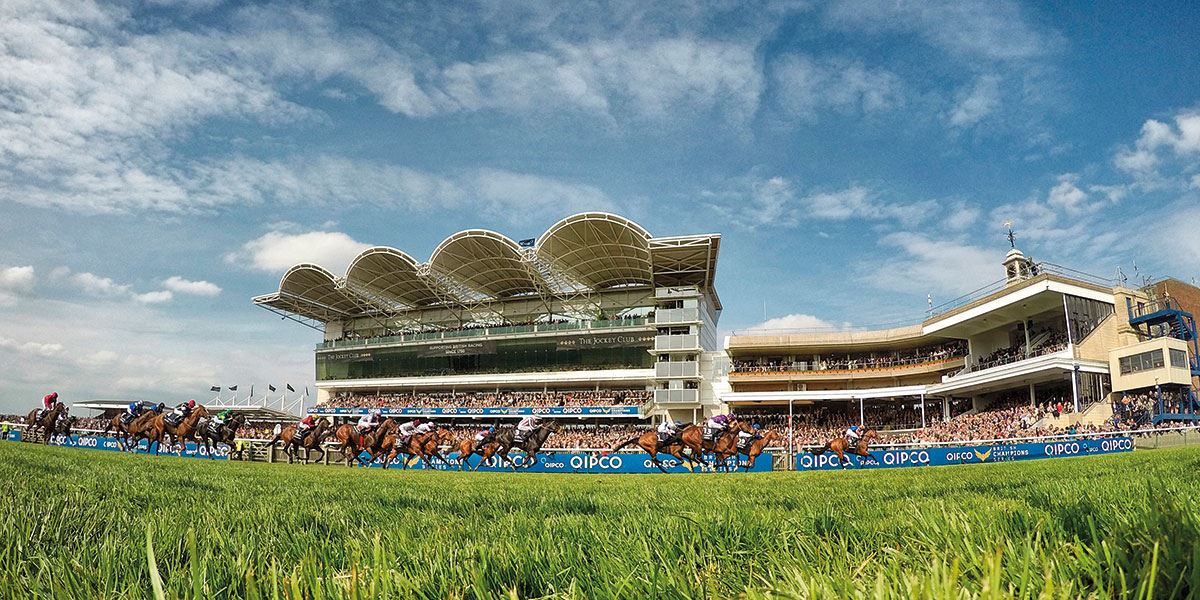 Visit Newmarket and make sure you see these majestic beasts in action along the historic Rowley Mile:

One of Suffolk’s most well-known towns is Newmarket thanks to its fine horse racing pedigree. Its 350-year-old course at The Links is well worth a visit so you can see these majestic beasts in action along the historic Rowley Mile. You may even be lucky enough to visit as the sun sets over Newmarket Heath for a truly unforgettable experience. As well as horse racing, there is a number of entertainment events held at the course throughout the year, so check its website to see what’s on before you go.

For something completely different, head to Foxhall Stadium near Ipswich for a spot of stock car racing. The venue hosts the National Banger World Final and the National Hot Rod World Championship every year, much to the delight of the 10,000 or so people who attend the meets. Stock car racing isn’t the only adrenalin-fuelled sport taking place at Foxhall – the Ipswich Witches speedway riders also call the stadium their home. As part of the British SGB Championship, fixtures are held most Thursdays between March and October.

One of Suffolk’s most well-known towns is Newmarket thanks to its fine horse racing pedigree. Its 350-year-old course at The Links is well worth a visit so you can see these majestic beasts in action along the historic Rowley Mile

Hear the sound of willow on leather

To hear the sound of willow on leather, make your way to Friars Street in Sudbury, where cricket has been played by the town’s team since 1891; the club formed a mere 104 years before that. Sudbury hosts several matches across the weekend during the season, so there’s bound to be some action taking place when you’re in the area. Other active cricket clubs can be found in Bury St Edmunds, Haverhill and Woodbridge.

If the success of our own Sir Andy Murray has tempted you to dust off your racquet, there are plenty of tennis clubs around Suffolk for you to practice your backhand and volley. One of these is in Hotson Road, Southwold. The club, which dates back to 1928, offers play for non-members on one of its three outdoor courts from Monday to Saturday; make your booking via Fishermen and Friends on Station Road. Newmarket, Bungay, Hadleigh and Sproughton are amongst the other towns boasting tennis clubs across the county. 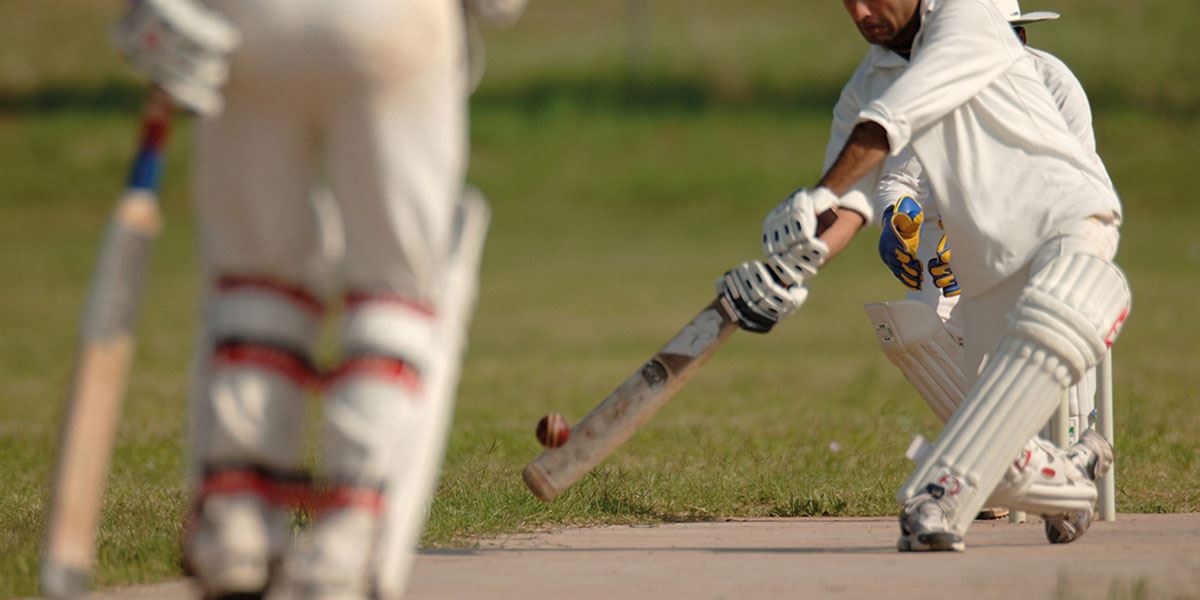 If you fancy letting loose for a few hours, check out CurveMotion in Bury St Edmunds, a dedicated roller skating rink in Lamdin Road. You can hire all the equipment you’ll need including helmets and elbow guards, and choose a session that’s right for you – whether you’re in the mood for a roller disco or if you’ve got a toddler that would love to give it a try.

Alternatively, there’s the Area25 Indoor Skatepark in Martlesham near Woodbridge. This popular space provides facilities for BMX, scooters, skateboarding and more, with a mini ramp section for younger and novice visitors. The park is open every day apart from Mondays, and spectators can sit in the viewing gallery.

To hear the sound of willow on leather, make your way to Friars Street in Sudbury, where cricket has been played by the town’s team since 1891; the club formed a mere 104 years before that

Get out on your bike

With such beautiful scenery all around you in Suffolk, it’s the ideal place to get out on your bike. Cycling routes abound in this glorious county, many of which are listed online. One such option is a ride through Dunwich and Minsmere, part of the Suffolk Coast and Heaths Area of Outstanding Natural Beauty. Highlights of your cycle will include the RSPB’s flagship nature reserve at Minsmere, which is one of the best bird watching sites in the UK, plus Greyfriars Priory which is amongst the most significant ancient monuments in Suffolk.

Many of us choose to go swimming when we’re on holiday, but lots of us wouldn’t think about doing it the ‘wild’ way. However, wild swimming can be enjoyed in a number of locations in Suffolk, like the River Ouse at Santon Downham in Thetford Forest. Start at the footbridge at St Helen’s picnic area and swim upstream before allowing the river to take you back down. Alternatively, swim 6km downstream to Brandon, with all sorts of wildlife to spot along the way. 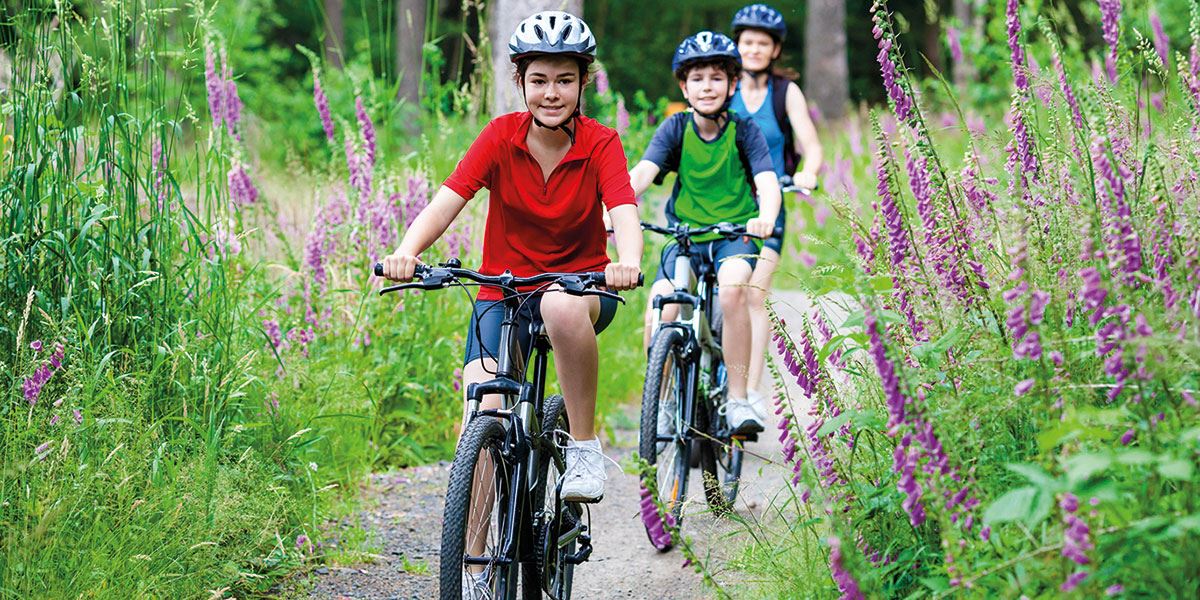 With such beautiful scenery all around you in Suffolk

There is also a pretty lido at Beccles, open from the end of May onwards. The pool has been in existence since 1959 and has benefitted from extensive renovations over the last few years. Facilities include a 30m x 15m pool with separate toddler and paddling pools, all of which are heated. There is a giant inflatable aquarun, plus paved and grassy areas for sunbathing and plenty of space for picnics.

Of course, indoor pools are plentiful across the county, too. These include Crown Pools in Ipswich which features a 25-metre competition pool, a leisure pool with beach area, a slide for kids and a fountain shower. It’s easy to see why it’s such a popular choice with locals.