There are many reasons to visit Hampshire and the Isle of Wight, but here are the top 20.

An extensive area of outstanding natural beauty, The New Forest is a fabulous place for escaping the humdrum of everyday life and getting back to nature. Famous for its wild roaming horses, the New Forest offers all manner of abundant and colourful wildlife plus miles of rambling walking routes. 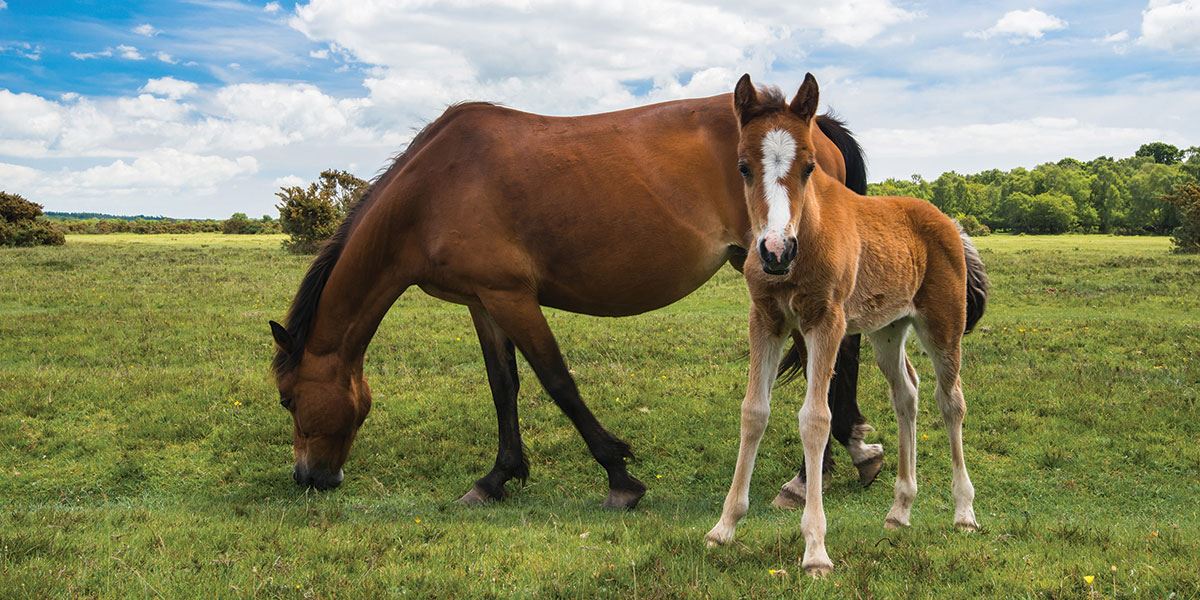 The New Forest is famous for its wild horses, Hampshire

Sun seekers head this way. Hampshire has a milder climate than most of the British Isles with higher than average sunshine totals of around 1,750 hours per year. When the good weather appears, grab an ice cream at Hayling Island’s Blue Flag beach or walk along the promenade at Southsea.

Islanders love it and so do the greatest acts in the world. The Isle of Wight Festival started in 1969 with Bob Dylan and the Band and around 60,000 attended the following year to see Jimi Hendrix and The Who. Since then, David Bowie, The Police and the Rolling Stones have headlined. And that’s not all.

Watercress capital of the UK

Watercress has always grown wild in the chalk streams and ditches around Alresford, and now the town’s reputation for watercress is so extensive it even has its own yearly festival dedicated to the delicacy. Bursting with vitamins and minerals, the peppery little leaf tastes pretty great, too.

Offering stunning views across the Solent towards the Isle of Wight, Gunwharf Quays’ iconic Spinnaker Tower is a jewel in Hampshire’s crown. Test your head for heights by grabbing a coffee in the lofty Café in the Clouds, 105 metres above sea level, or simply admire the amazing vista. 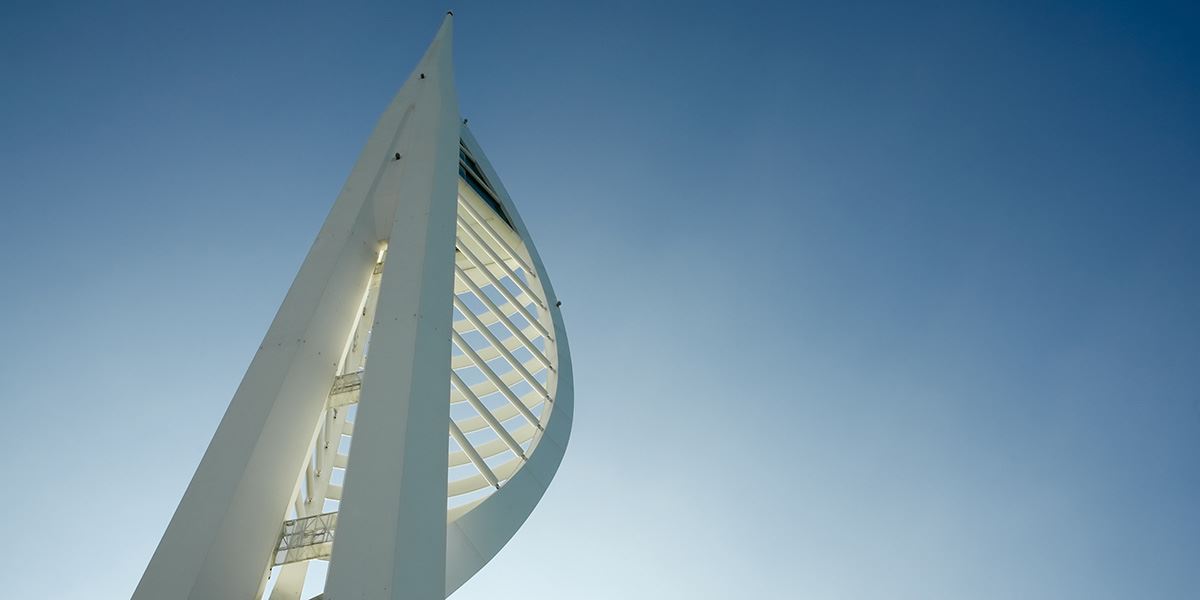 Visit the Spinnaker Tower, one of Britain’s best viewing towers

Hampshire’s coastline is both diverse and accessible, making the county a haven for watersports nuts. With a myriad of launching opportunities, from sheltered harbours and tidal rivers to open sea beaches and gale-lashed headlands, whatever your taste for sea going adventure, Hampshire’s coastline will scratch that itch. Yachting, windsurfing, kitesurfing, stand up paddle boarding, dinghy sailing, kayaking and surfing are just some of the ways to get out on the water.

The cities of Southampton and Portsmouth are within spitting distance of one another and for fans of the beautiful game this offers the prospect of visiting two renowned football clubs. Both teams have had their fair share of successes and low points, but visit either ground on match day and you’re guaranteed a buzzing atmosphere.

With more country houses than you can shake a stick at, Hampshire is an architecture lover’s delight. From Jane Austen’s House Museum near Alton, to Gilbert White’s House and Garden at Selbourne, there’s plenty to choose from. Don’t miss the beautiful Stansted Park, near Havant, and Stratfield Saye House, which became the Duke of Wellington’s residence in 1817.

Around 3,500 red squirrels, with their bushy tails and tufted ears, are to be found on the island in places like Newtown, the Mottistone Estate and in the Forestry Commission’s Parkhurst Forest. The island is one of the few places in Britain where the squirrels flourish. 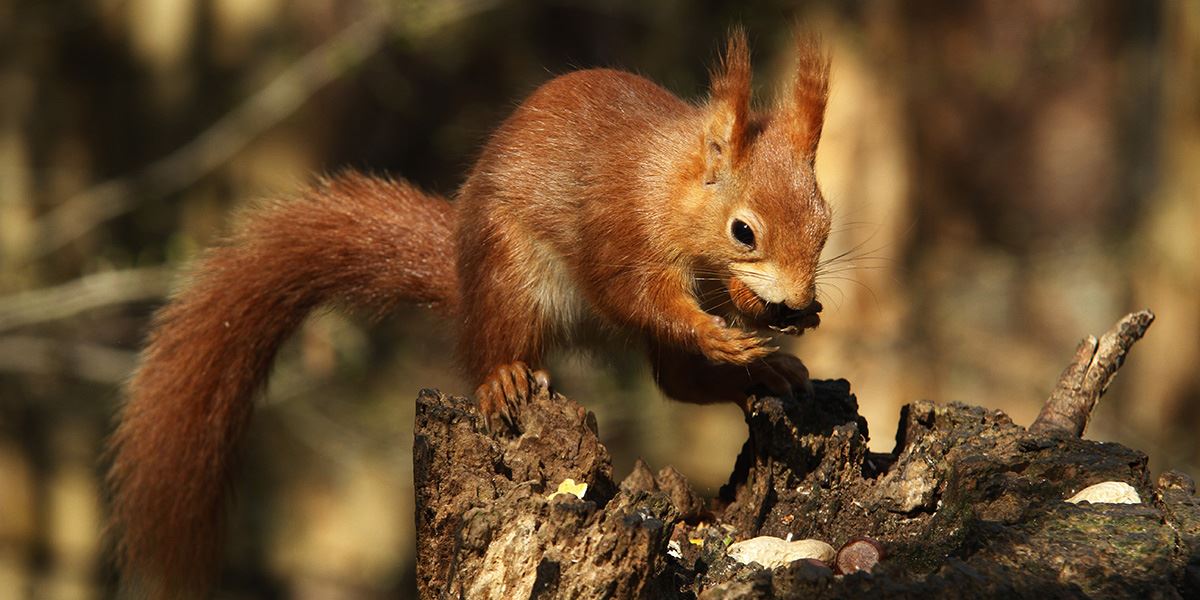 Hampshire has a rich literary heritage – Austen, Dickens, Trollope and Keats have all resided here. In the beautiful New Forest, Sherlock Holmes fans will find Conan Doyle’s grave. Conan Doyle’s interest in spiritualism was a mild embarrassment to the Church but, ever prepared to compromise, they agreed for him to be buried near the graveyard’s far boundary.

Hampshire’s climate offers perfect grape-growing weather and the Jenkyn Place family-owned vineyard is where to find sparkling wines to rival France’s Champagne area. Sip a tipple of Jenkyn Place’s Brut Cuvée to see what all the fuss is about while taking in wonderful surroundings. 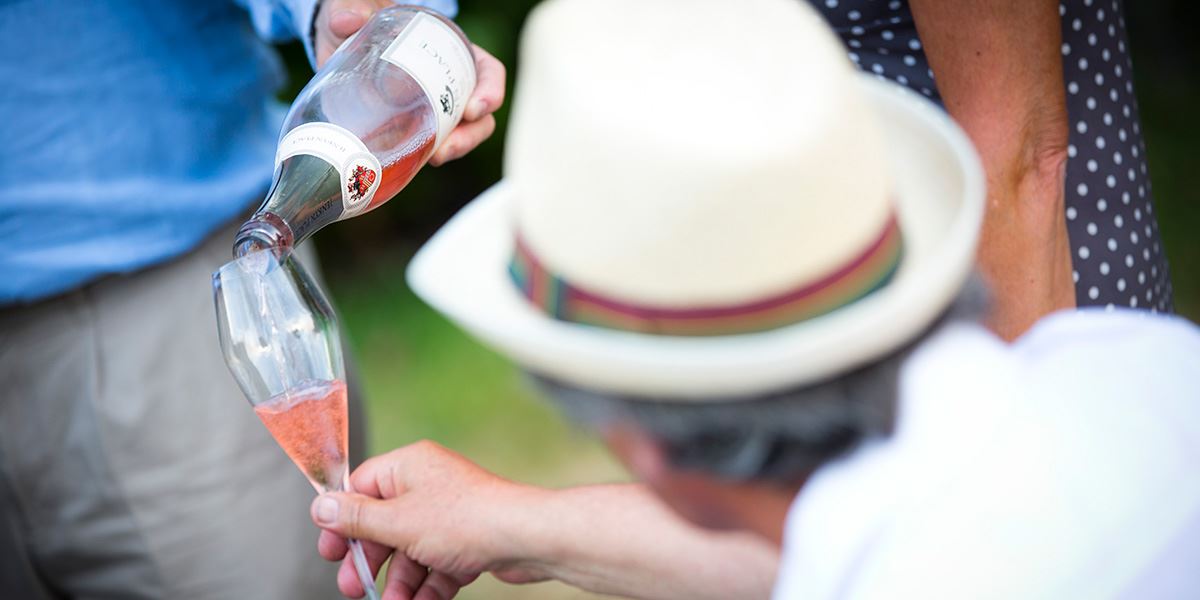 A golf course overlooking the channel

Freshwater Bay Golf Course is one of the most spectacular courses in the UK. If you shank your drive, you could end in deep water. Beware the wind.

Lord Alfred Tennyson was Poet Laureate of Great Britain and Ireland during much of Queen Victoria’s reign and was as popular as The Beatles in their heyday. He lived for 40 years at Farringford in Freshwater Bay and the nearby Downs were named after him. He used to walk them most days and said the air there was ‘worth sixpence a pint’.

Tigers at Isle of Wight Zoo

Britain’s largest collection of tigers is housed at the Zoo which has been a dedicated ally to the creature for decades. The Zoo also cares for lions, leopards, jaguars, lemurs, monkeys… and the loveable meerkats. Originally family-owned it recently became a registered charity, The Wildheart Trust, which aims to promote the survival of endangered species.

Queen Victoria loved the island so much she had a summer retreat built in East Cowes – Osborne House. It is open to the public between July and November and has become a haven for marine wildlife. 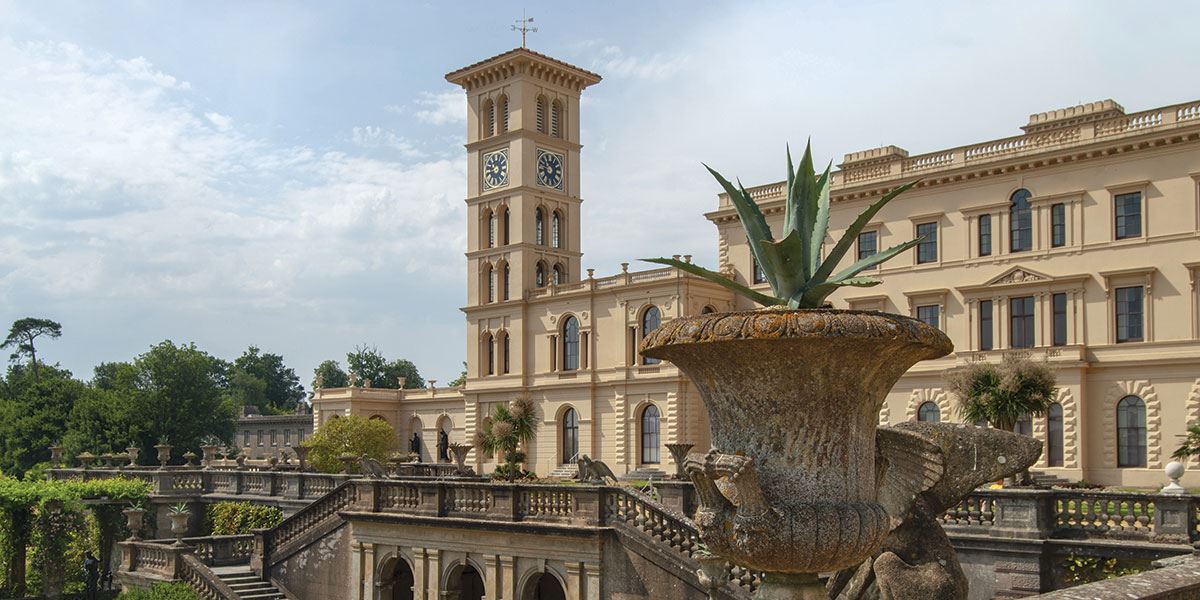 When dinosaurs ruled the earth, they left their mark on the island. There are dinosaur footprints visible in Compton Bay on the West side of the island when the tide is low. The island has been named the UK’s Dinosaur Capital.

From dinosaurs to the Norman Conquest on to Charles I and Queen Victoria, the Isle of Wight is steeped in fascinating history. The Royals still love coming here and Princes William and Harry attended their cousin Peter Phillips’ stag weekend on the island, causing quite a stir. 2019 saw the Duke and Duchess of Cambridge, William and Kate visit The Isle of Wight for the inaugural King’s Cup Sailing Race.

In 1879, the first part of a luxurious roman villa was unearthed by a farmer. More and more of the building has been excavated since and it has some of the best preserved Roman mosaics in Northern Europe.

Hundreds of restless spirits haunt hotels, hospitals, castles, manor houses and inns on what has been described as the world’s most haunted island.