Worcestershire is home to some of the best food & drink producers in the UK, and it’s no surprise that the county also has a wealth of top quality restaurants to choose from. Here are ten top restaurant picks by local food guide and blogger Pershore Patty.

Stanbrook Abbey has a long and interesting history, and although best known for once being home for a superfluity of Benedictine nuns, the original Stanbrook Hall was first built in the early 16th century for its owner Richard Case. The nuns continued to reside for 150 years at the abbey until they relocated and it was deconsecrated in 2009. Since then the new Stanbrook Abbey has been transformed into a hotel, and most recently acquired by privately-owned country house hotel group, Handpicked Hotels in 2017. 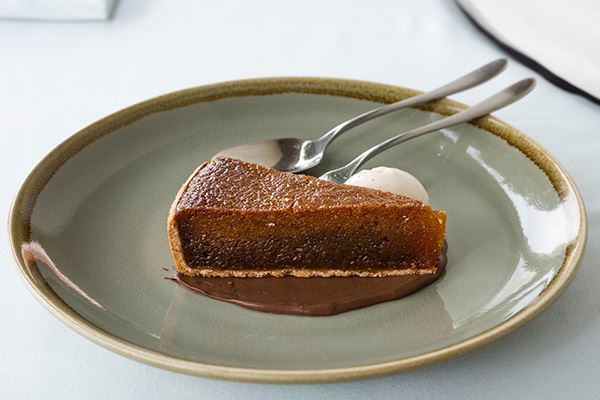 Steamed date pudding at The Refectory 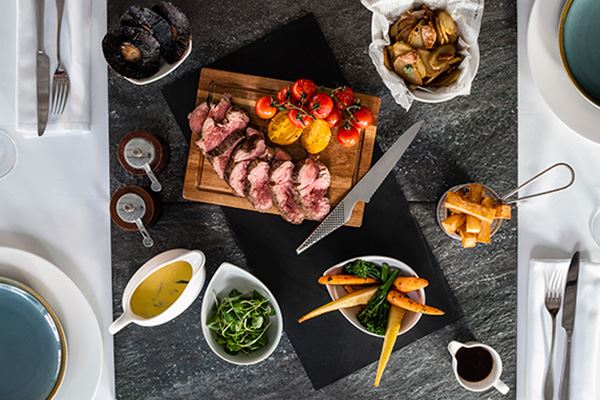 the Grade 2-listed Stanbrook Abbey Hotel has recently undergone a huge £4.2 million makeover designed to celebrate the hotel’s heritage, with the restaurant being moved back to its original position in what was The Old Thompson Dining Hall. The new brasserie-style restaurant is located on the ground floor, and would have been the nun’s refectory, hence adopting its new name ‘The Refectory’.

Originally built in 1851 as a summer residence for the Bishop of Worcester, this magnificent Victorian Gothic manor is in more recent times occupied by an award-winning hotel and restaurant. Husband and wife Chris and Barbara Morgan have been custodians since 2007, and are responsible for transforming The Cotford Hotel into an opulent retreat set in the Malvern Hills – an Area of Outstanding Natural Beauty. 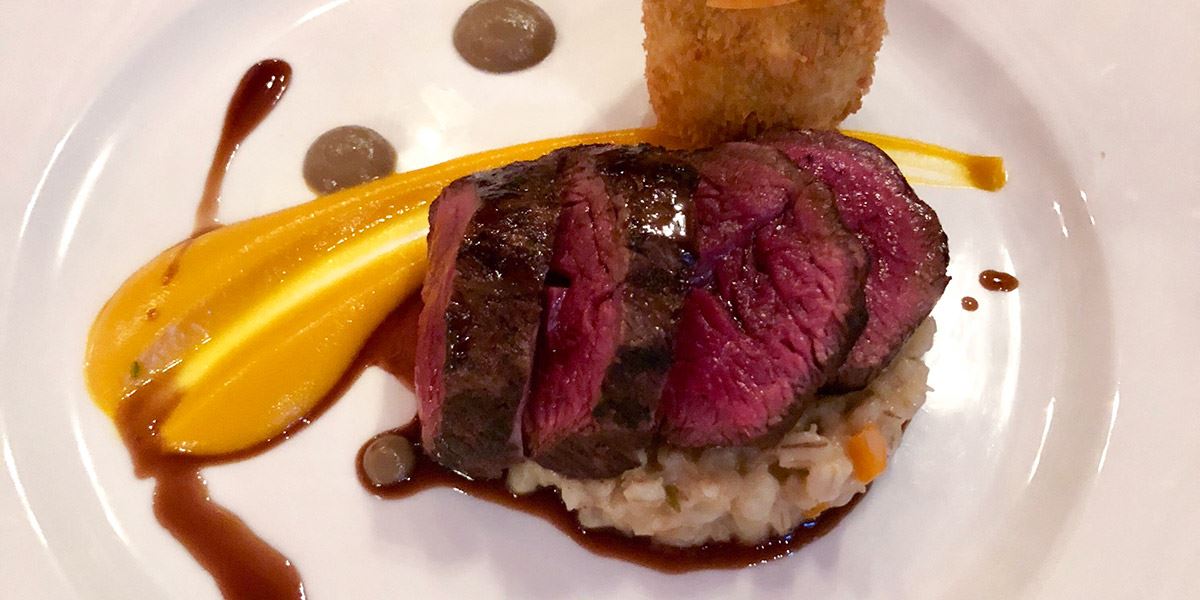 Fillet of Hereford beef with ox cheek croquette, risotto of pearl barley and horseradish and cepes purée at L’Amuse Bouche

Chris heads up the kitchen cooking his French-style cuisine which has seen the hotel’s L’Amuse Bouche restaurant achieve and retain two AA Rosette awards every year since 2008. Craig Englefield joined Chris in the kitchen in 2012 and the duo are proud of their list of accolades which also include a place as ‘Worcestershire Restaurant of the Year’ in the Visit England awards 2016/17, as well as scooping the award for ‘Best Eating Out Experience’ in the Visit Worcestershire Awards for Excellence 2020.

A very popular award-winning restaurant just off the main drag on Cherry Tree Walk, Burger Shop focuses on one thing and does it very well. They serve a range of quality burgers, using Farmer Tom Jones’ beef, and a winning selection of sides and fries. There is a menu for kids and regular specials which offer something different for the burger connoisseur. 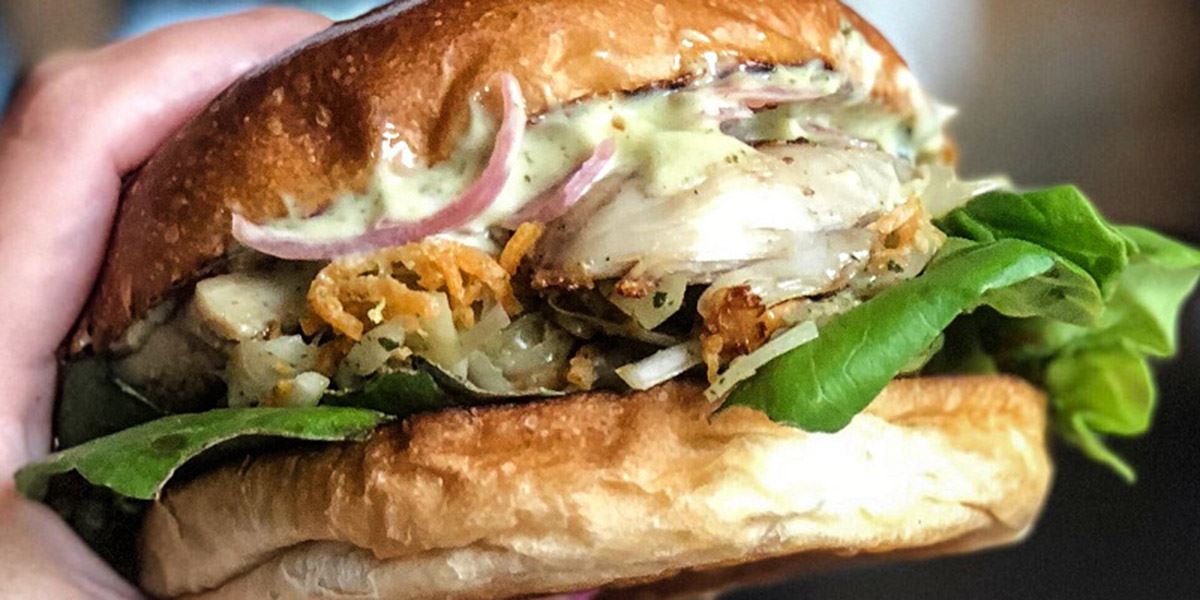 Part of the Rule of Tum group, Burger Shop also offers a take away and delivery service. Burger Shop have won multiple awards since opening in 2016, and more recently were named runner up in the Observer Food Awards 2019 ‘Best Cheap Eats’.

Prior to reopening in February 2015, the village inn located on the Worcestershire/Gloucestershire border, was closed for business during a three-year refurbishment. The huge £1m makeover saw an incredible transformation, and within just 18 months after opening became a local success story. Saddles hang from the walls either side of the entrance, as if entering a tack room. There is a very distinct theme throughout, paying honour to both the horse and the jockey. 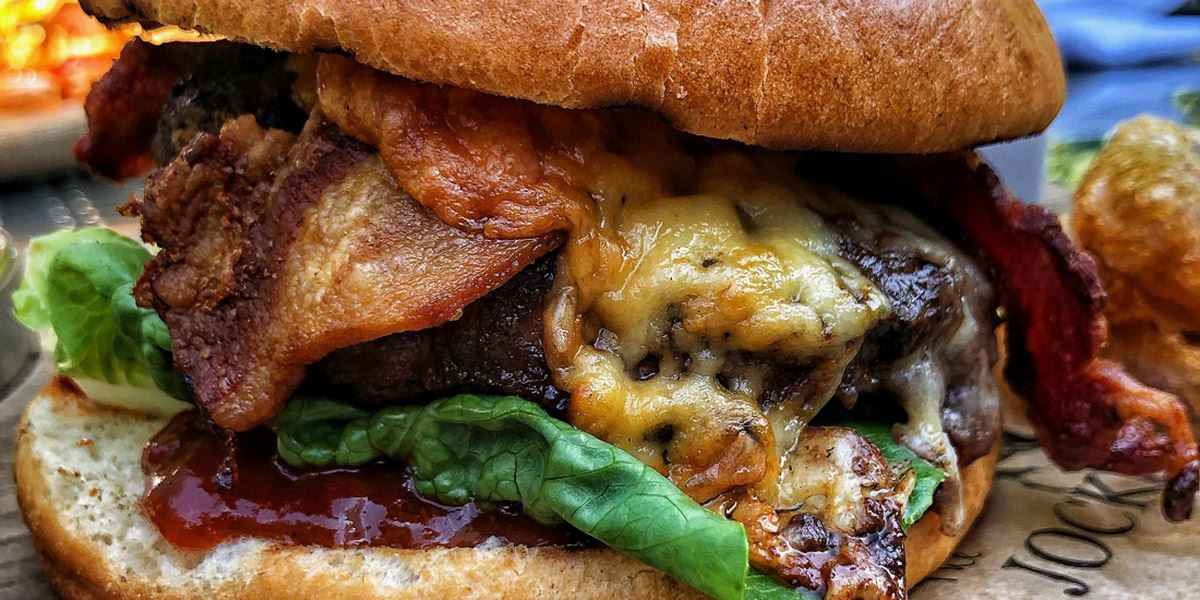 The Jockey burger at the Jockey Inn

As well as being popular with locals, The Jockey were awarded the title of ‘Regional Winner’ for the Midlands in the Good Food Guide Local Restaurant of the Year Awards 2017.

The Old Rectifying House has a reputation of serving some of the best cocktails and gin selections in the city. Historically, the rear of the 18th-century building used to be part of the Williams Distillery (owned by John Williams) and was used to rectify, or purify, gin on its arrival from the main part of the distillery across the river at Tybridge Street. 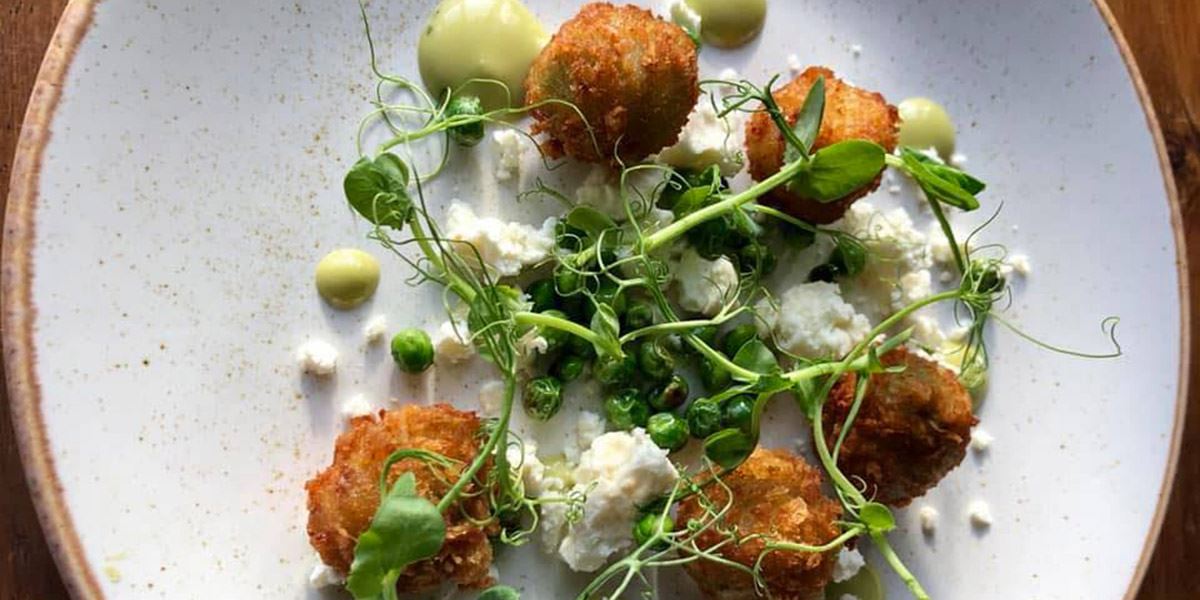 Croquettes at The Old Rectifying House

The Old Rec has also caught the attention of Michelin inspectors and has retained a Michelin Plate entry since 2015, as well as being the only restaurant in Worcester to be listed in the Michelin Guide in 2020.

Built in 1869 by a wealthy mayor and a hotel since 1980s, Brockencote Hall was most recently taken over by the Eden Hotel Collection in 2011. 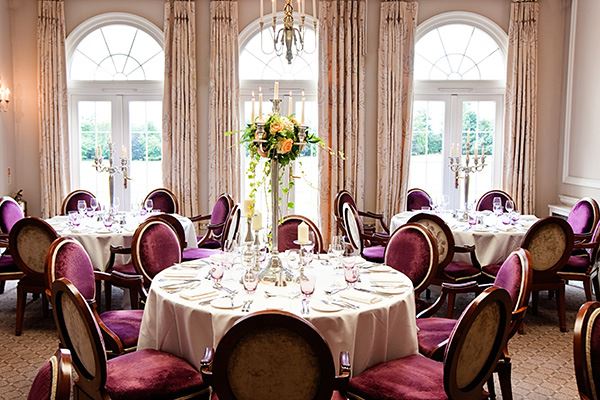 Fine decor at the Chaddesley Restaurant 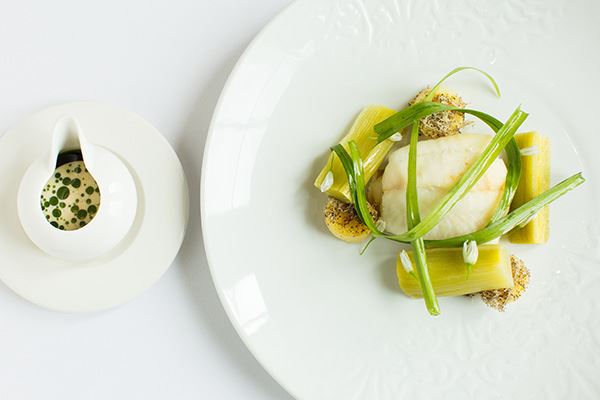 The Victorian manor has since been beautifully refurbished and modernised into a luxury retreat, and is home to one of the best fine dining restaurants in Worcestershire.

Friar Street Kitchen is a bistro and local gem, which opened in April 2017 and has since gone from strength to strength. The owners are from a farming and hospitality background and carefully-selected local suppliers to provide the best produce. 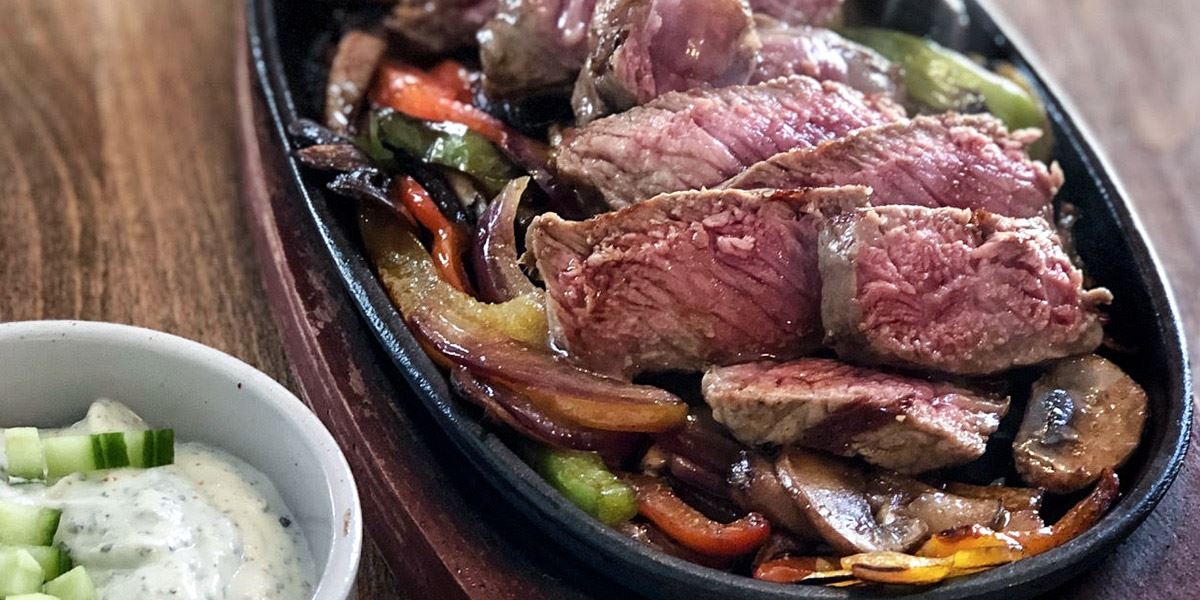 There is something for everyone – check out their great steaks, try the fun ‘benches’ and if you like a cheeseburger the raclette is essential! There are delicious options for vegetarians too and a great choice of drinks on offer.

The Venture In, Ombersley

A charming black and white 15th-century medieval house on the main road in Ombersley, Worcestershire, has been occupied by fine dining restaurant The Venture In since 1998. The restaurant holds two AA rosettes and has entries in both the Michelin and Good Food Guides as well as having an impressive 5-star TripAdvisor rating. All of these accolades have been retained since they were first awarded within the first few months of opening the restaurant 19 years ago. 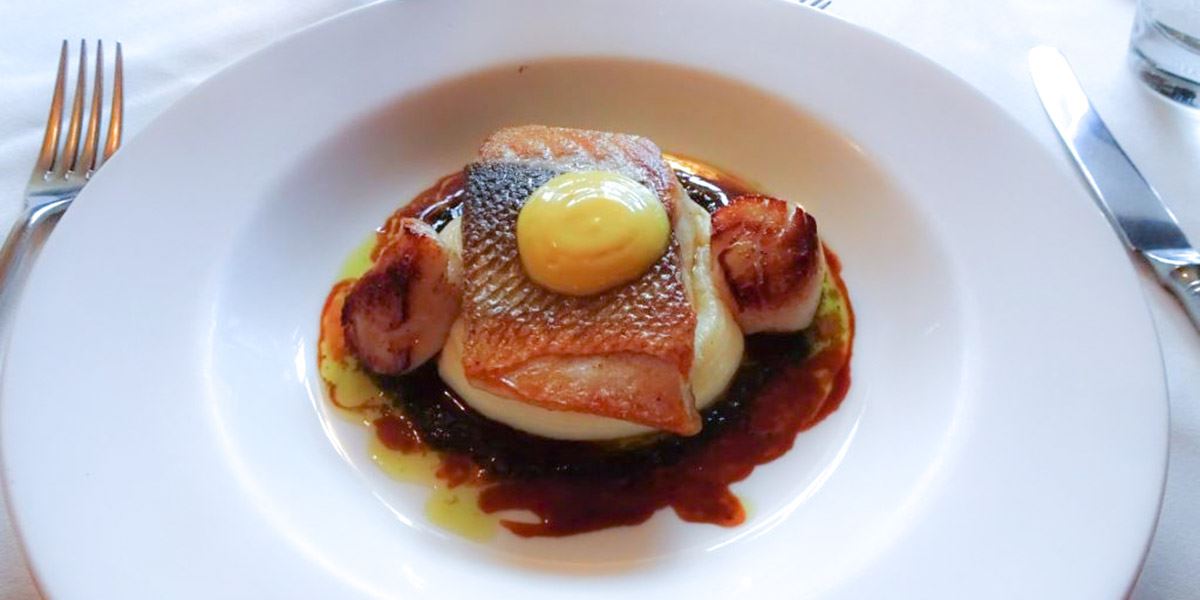 Seabass with truffle mash, lobster bisque and scallops at The Venture In

Head chef and owner, Toby Fletcher, has a philosophy of sourcing as much local produce as possible to create his inventive Anglo-French cuisine dishes. Inspired by a year spent in Australia, Toby’s love for seafood gave him the idea to host fortnightly fish evenings every other Wednesday at The Venture In, as well as offering daily fish specials using fresh fish sourced from a local fish market.

GLOBE Modern Bistro is a family-owned independent restaurant and bar located on Friar Street in Worcester city centre. Proprietors Clare and Steve Bullock only opened the doors in January 2019 when they were certain that every detail had been perfected during months of restoration work and the upmarket restaurant now boasts a 5-star rating, and is currently ranked the number 1 restaurant in Worcester on TripAdvisor. 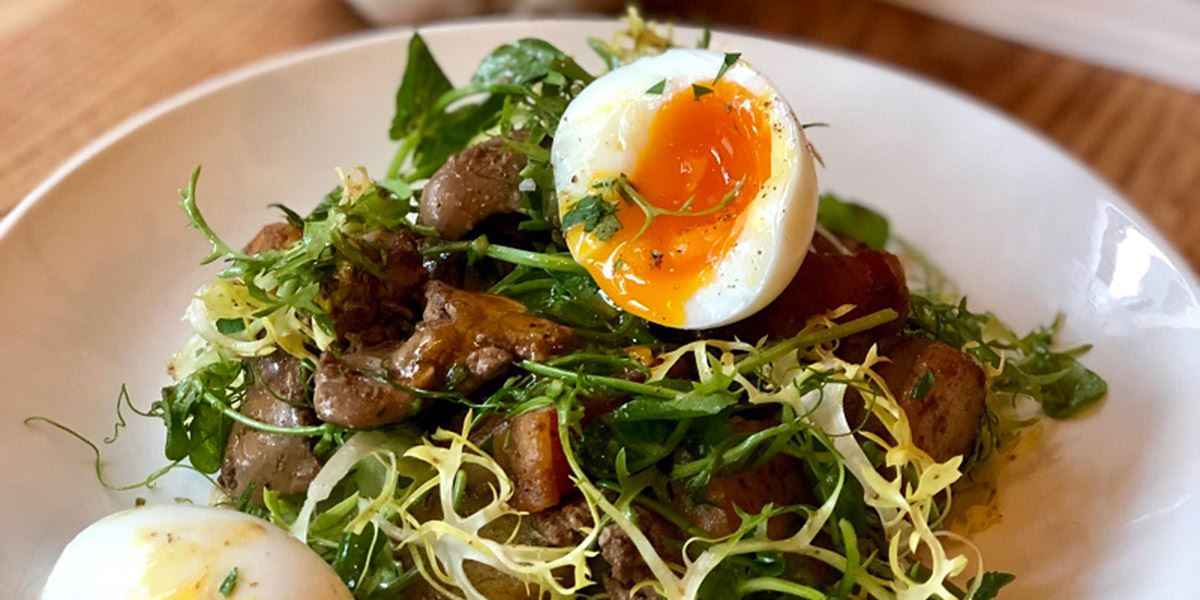 The menu offers a good selection of classic hearty dishes alongside a more traditional French-style cuisine. The wine list is very well thought out with a fair range in price as well as highlighting vegan and organic options.

Since opening in 2004 by Andrew Riley and Gaynor Riley, Russell’s has become a renowned award-winning restaurant (including two AA Rosettes and an entry in the Michelin Guide), and hotel located in the idyllic Cotswold village of Broadway. 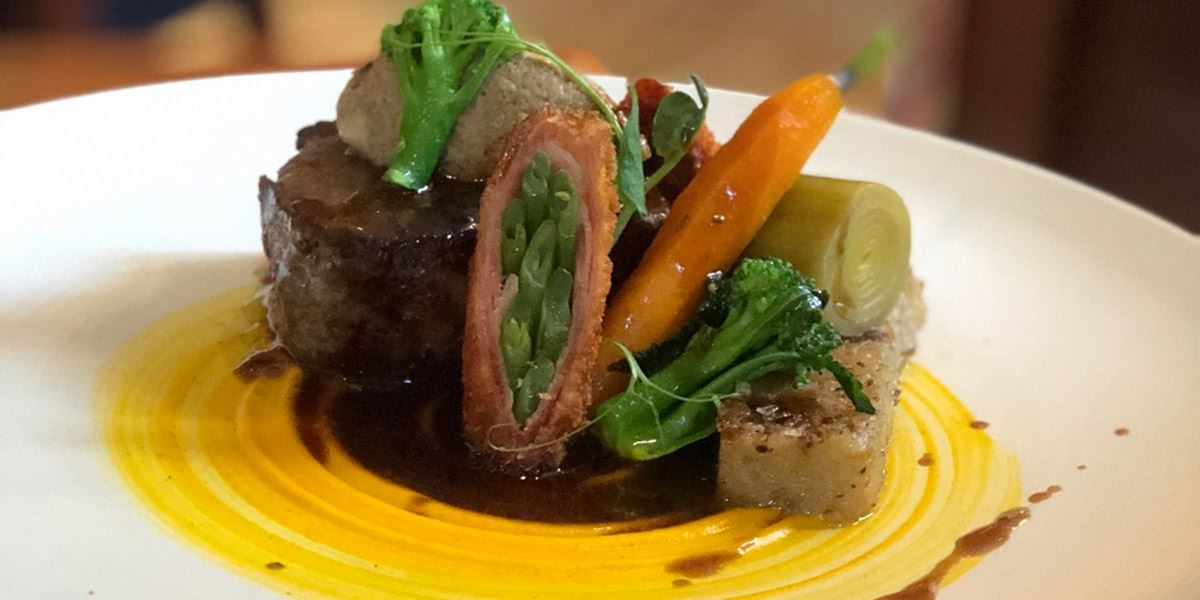 Taking its name from the old workshop of the influential 20th-century British furniture designer, Sir Gordon Russell, the restaurant with rooms is now better known for its stunning modern British food and seven individually-designed guest rooms.