History and heritage of Nottinghamshire

Nottingham may not be known the world over, but Robin Hood certainly is. Wherever you go, tales of the Sherwood bandit abound, and in Nottinghamshire you’re never far away from a reminder of this region’s most famous son.

Tales of knights and crusaders

But there is plenty of history besides Robin Hood – from Nottingham’s heady days exporting lace worldwide, a pivotal role in the political upheavals of the 18th century, and a medieval past rich with tales of knights, crusaders and secret underground caves beneath the castle.

Perhaps the best way to get yourself up to speed with all of this is to take a guided tour around the city. Nottingham is a city on top of a huge sandstone rock with the castle perched on one edge keeping watch over us all. And as you’d expect with sandstone, an intricate maze of caves exists all over the city. 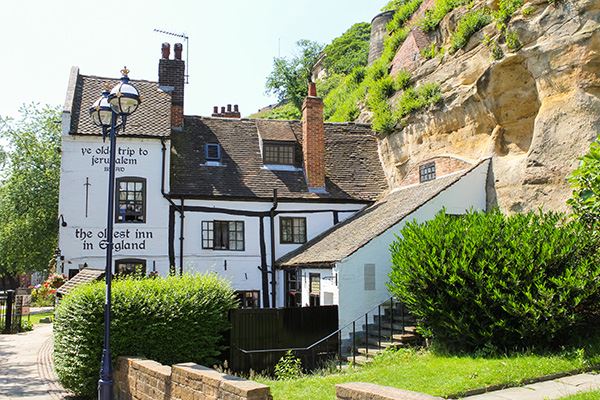 Ye Olde Trip to Jerusalem is the oldest inn in England 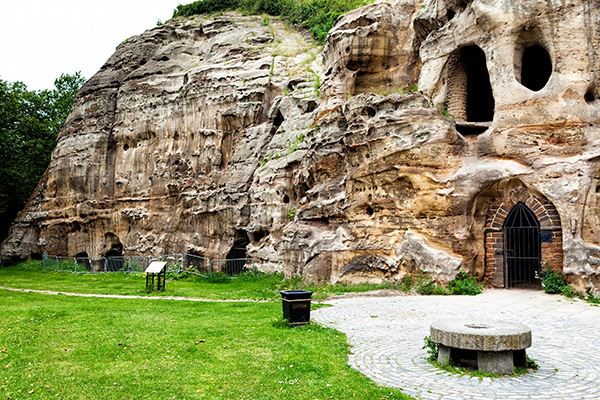 Take a tour of Nottingham’s caves

There are plenty of ways you can explore them – through the Broadmarsh shopping centre there’s an entrance where a tour begins – but the most enchanting way is to sit in Ye Olde Trip to Jerusalem pub.

Dating back to 1198 the Trip, as it’s known to locals, is actually a series of caves and narrow passageways that weave back deep into the sandstone rock. As you sit there in the shadows, try to get your head around the fact that this pub was a haunt of medieval knights, who would gather for a few foamy beers before setting off on the crusades some 800 years ago.

Nottingham was a powerhouse of the Industrial Revolution, when the city and its surrounding areas buzzed with the sounds of manufacturing. Its modern history is filled with stories of Victorian zeal – global pharmaceuticals chain Boots began life as a little shop in the Market Square; world-renowned bicycle manufacturer Raleigh was born here, as was William Booth, founder of The Salvation Army. And if you’re a cricket buff you’ll know another of the city’s proud exports, the Gunn & Moore bat.

But perhaps Nottingham’s proudest industrial achievement was its former place as the world-leading producer of lace and textiles. Take a stroll around the magnificent Lace Market area with its imposing but handsome former lace factories and workshops and allow yourself to daydream about these streets and buildings alive with the sights, sounds and smells of a city at its proud industrial peak. 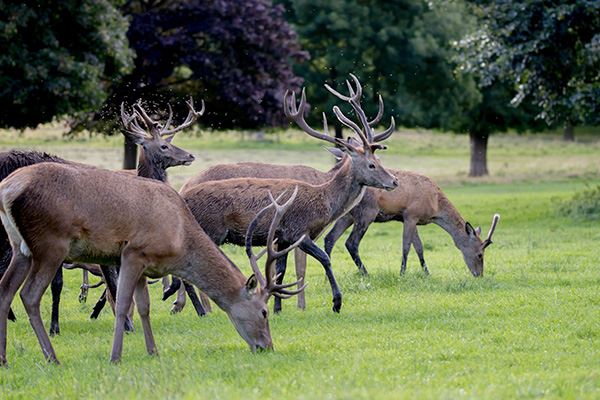 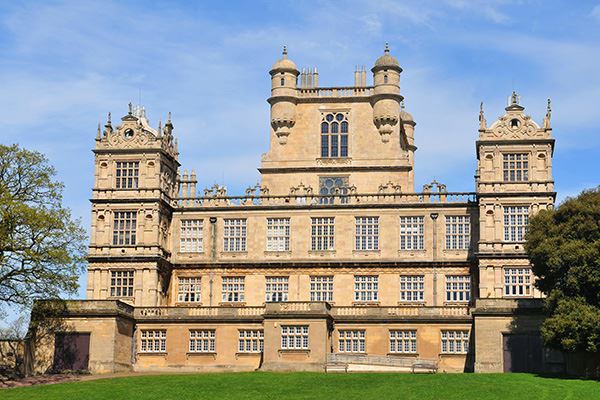 Or to really relive a history that is so quintessential to Nottingham, you should visit the excellent Framework Knitters Museum in Ruddington.

For another stroll down history lane try the magnificent Wollaton Hall, which was completed around the time that Queen Elizabeth was contemplating what to do about the Spanish Armada and Shakespeare was just getting going as a writer.