Step into history at a living museum

While there’s obvious charm about wandering around a gallery looking at lovely art, a living history museum is a tourist experience like few others. Bringing the past to life with historic buildings and costumed guides has revitalised the museum scene. Here are just some of the top living museums across the UK and Ireland for you to visit.

Beamish: The Living Museum of the North, County Durham

The area’s proud agricultural and industrial heritage is brought to life in style at Beamish: The Living Museum of the North. The large open air venue tells the story of the North East in the 1820s, 1900s, 1940s and 1950s. 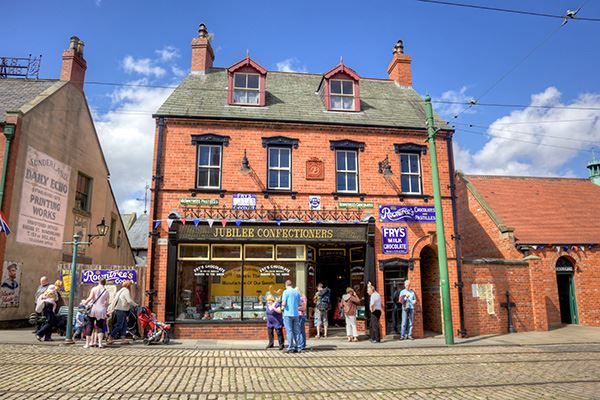 Check out the shops at Beamish 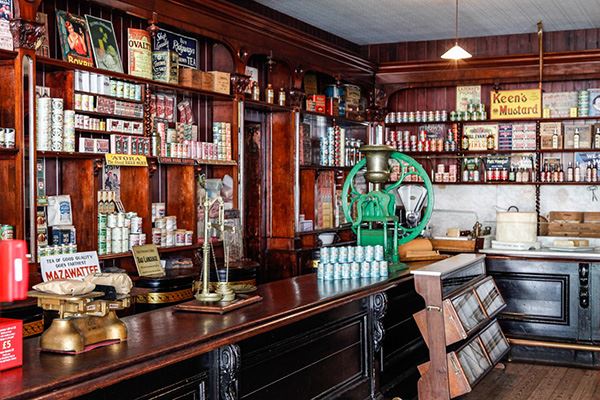 Around 750,000 people attend the museum every year, and many of its historic buildings were brought to the 300-acre site brick by brick and painstakingly reconstructed. In winter, Beamish is transformed with the magic of a traditional Christmas. Visitors can join in the celebrations at 1820s Pockerley Old Hall, 1900s town, 1900s pit village and 1940s farm. They can also visit Father Christmas and his magnificent reindeer and enjoy the Winter Fun Fair.

The Black Country Living Museum is one of the finest and largest open-air museums in the UK. After very humble beginnings, a bright idea and 40 years of inspiration, Dudley’s 26-acre museum remembers the smoke-filled infancy of modernity in 19th-century West Midlands.

Built on former industrial land, the Black Country Living Museum includes preserved mine shafts, lime kilns, a canal and an early 20th-century village, all honouring the Black Country’s claim as the birthplace of the industrial revolution. Narrowboats, trams, trains and buses are a few of the ways to get around this anachronistic place and give yourself a steam-powered thrill. 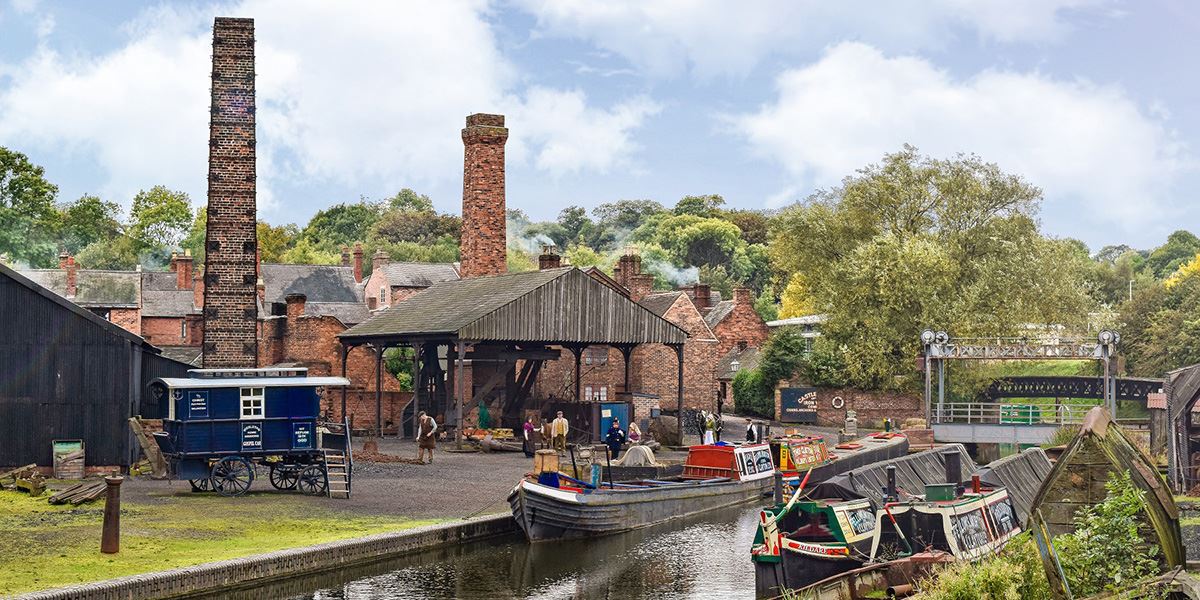 Exhibits include a pub and chapel, as well as a twenties cinema. Take a closer look as you explore the museum and you may recognise some of the buildings as the stomping grounds of the Shelbys, multiple seasons of the much-loved series Peaky Blinders have been partly filmed here. There’s lots of delicious Black Country grub available too, and no visit is complete without what are surely the best fish and chips in Britain. Trolley buses and trams link the site.

Doagh Famine Village tells the story of Irish life from the Great Famine of the 1840s through until the present day.

The frequent guided tours will take you through small, compact houses that were still occupied up until recently ,while the narrative of the disaster that was the famine unfolds. In fact, one of the excellent guides lived with his parents and siblings here through the 1960s.

The guides show how families and communities lived on the edge generation after generation, adapting and surviving as the environment and society around the local area changed over the years.

A combination of informative story telling and life size exhibits provides an informative, thought-provoking and at time humorous look at Irish life.

Attractions include original thatched Irish cottages (inhabited as recently as the 1980s), an Eviction Scene, Orange Hall, Republican Safe House and Irish Wake House amongst others.

Situated on the edge of the Chilterns, a stunning Area of Outstanding Natural Beauty, Chiltern Open Air Museum is a beautiful open-air museum with an outstanding collection of historic buildings and a working traditional farm.

The museum was founded by volunteers in the 1970s and opened to the public in 1981. The museum rescues threatened historic buildings, which would otherwise be demolished, and rebuilds and preserves them in a traditional Chilterns landscape. More than 2,000 years of local history is here to see, from an iron age hut to a post-war prefab and even an Edwardian loo! 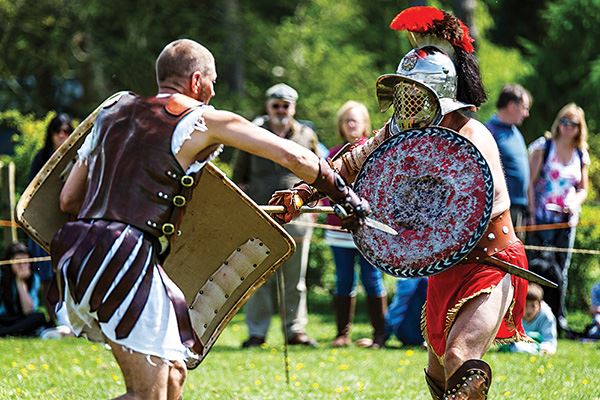 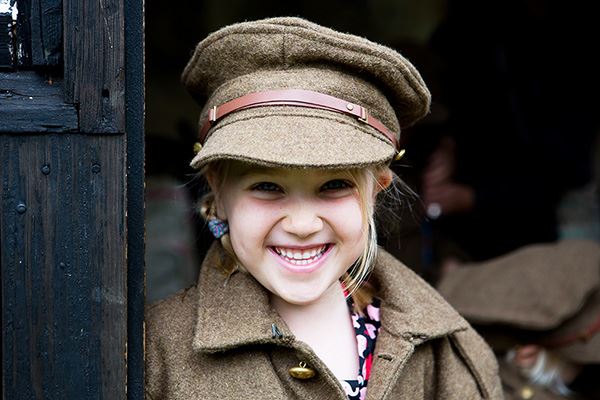 Dress up in RAF uniforms

It boasts 35 rescued and preserved buildings from Buckinghamshire and the surrounding area and exhibits include a replica Iron Age roundhouse, a prefab tin chapel, a working forge and a post-war prefab house as well as an Edwardian public toilet block – all saved and restored back to their original glory. There’s also a working farm housing rare breed livestock, which uses historic buildings, skills and machinery.

The museum charts the history of Sussex industry, and has daily demonstrations by craftspeople, working on traditional crafts and skills such as pottery, woodturning, blacksmithing and printing. 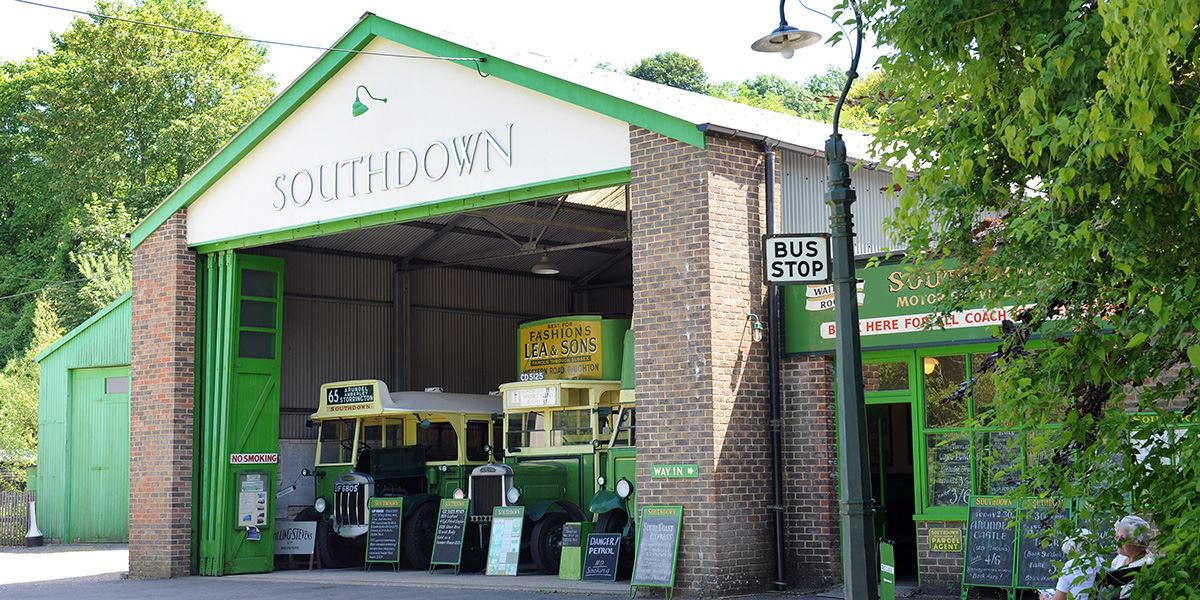 This ex-quarry at the foot of the South Downs National Park is home to chalk-dusted pits, kilns and buildings from the mid-19th century onwards. All 36 acres can be seen from the on-site vintage bus and narrow gauge railway services. There’s a large free car park, it’s dog friendly, and also located next to Amberley railway station. There’s also 50 events each year.

St Fagans has been Wales’ most popular heritage attraction for many years. It holds a special place in the hearts of the people of Wales.

A vast homage to the culture and history of Wales, St Fagans uses 100 acres of parkland to reconstruct the historic Welsh homes and workplaces of different people from a variety of backgrounds and eras.

The museum stands in the grounds of the magnificent St Fagans Castle and Gardens, a late 16th-century manor house donated to the people of Wales by the Earl of Plymouth in 1948. 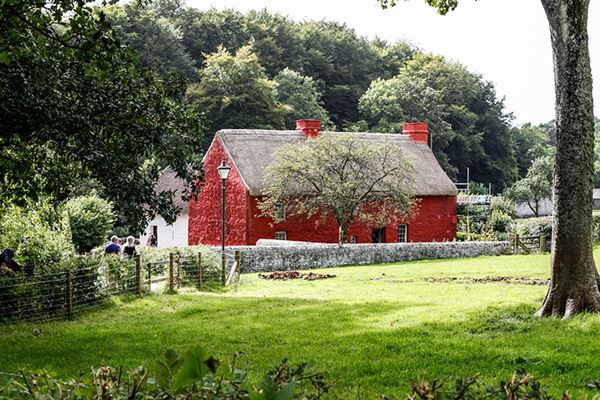 Since 1948, over 40 original buildings from different historical periods have been re-erected in the 100-acre parkland, among them houses, a farm, a school, a chapel and a splendid Workmen’s Institute.

Other highlights include the gardens, working traditional bakery and the chance to watch craftsmen demonstrating traditional skills. The museum houses Welsh native livestock as well as traditional craftsmen, including a blacksmith, potter, weaver and clog maker. Entry to the museum is free, thanks to support from the Welsh Government.

Discover rescued rural homes and buildings set in a beautiful landscape in the South Downs National Park. The museum’s collection tells the stories of the people who lived and worked in rural South East England over 1,000 years ago.

All or most of the buildings have been dismantled, loaded onto trucks, rebuilt like giant jigsaw puzzles and restored to their original condition.

The family-friendly and dog-friendly 40-acre Weald and Downland Living Museum is perfect for a family day out. There’s a fantastic collection of historic buildings – there are more than 50 to explore from a replica Anglo Saxon Hall to an Edwardian tin church.

There’s also a regular programme of demonstrations, including milling in the 17th-century working watermill, cooking in the Tudor Kitchen and seasonally-themed events.