There are so many reasons to visit Manchester, but here are the top 10.

Two million people a year visit the city’s award-winning museums and galleries. Whether it’s the stunning pre-Raphaelite collection at Manchester Art Gallery, dinosaurs at the Manchester Museum, contemporary art at the Whitworth and Lowry, steam engines at the Museum of Science and Industry, horse-drawn trams at the Museum of Transport in Cheetham Hill, a true-to-life experience of battle at the Imperial War Museum North, a look at fashion through the ages at the Gallery of Costume at Platt Fields, or an insight into the Industrial Revolution at the People’s History Museum, Manchester has enough to exhaust even the most inquisitive mind. 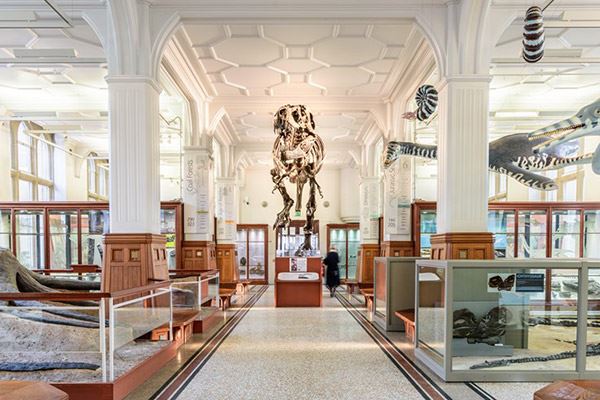 Stan the T-Rex at Manchester Museum 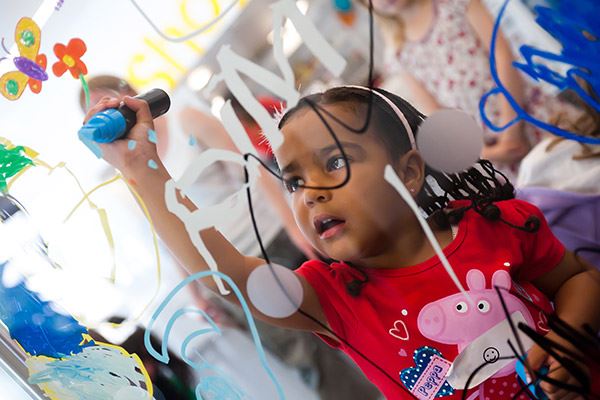 The People’s History Museum is great for families

The city has a hugely diverse offering of retail pleasures from home-grown designers Vivienne Westwood and Vicky Martin, via WAG emporiums, Selfridges and Harvey Nicks, through to the ludicrously-luxurious Hermes and finally on to the eclectic mix of independent stores nestling in the trendy Northern Quarter, where you’ll find vintage hideaways and the Aladdin’s cave which is Afflecks. Even better, it’s all within 20 minutes walk.

Many cities claim to cater for all tastes, but Manchester’s going-out scene truly has something for everybody. Whether you want to chill-out to live jazz at Matt and Phreds in the Northern Quarter, catch one of the newest indie bands at the Academy or wind down with the latest grooves at movers and shakers nightclub, Panacea, you’ll have the time of your life. For those who want a leisurely stroll from bar to bar, the Gay Village welcomes everyone. For lively pubs, Walrus and The Bay Horse in the Northern Quarter will fit the bill.

A seamless fusion of old and new, the Industrial Revolution meets the space-age. Manchester’s awe-inspiring cocktail of building design is a reflection of a city which knows no boundaries. Admire the Gothic turreted beauty of the Rylands Library on Deansgate, the majestic presence of the cathedral which survived the Blitz, Chetham’s School of Music and the first free public library, a regular rendezvous for Karl Marx and Friedrich Engels, dating back to 1655. Manchester Town Hall, in Albert Square, is the best single monument to High Victorian design in Britain and a symbol of Manchester at its most ascendant.

The Royal Exchange, once the old Cotton Exchange, is where traders used to sell their goods, and now houses a marvellous lunar module-like theatre. Centuries on we have the 47-storey Beetham Tower on Deansgate, home to The Hilton Hotel, and the 10th-tallest building in the UK outside of London, and Urbis, a glass ski slope monolith, housing the National Football Museum, both designed by local architect Ian Simpson. Down the road in Salford Quays adorning the waterfront are the ultra-modern metallic structures, The Lowry Centre, designed by Michael Wilford, and Daniel Libeskind’s award-winning Imperial War Museum North. 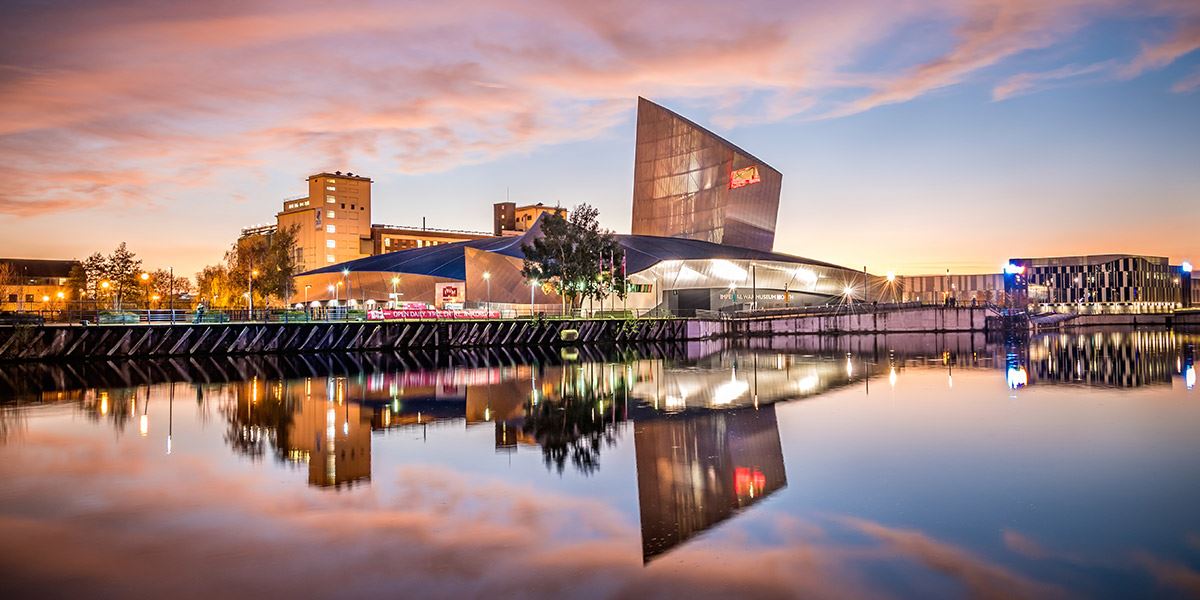 Anthony Burgess, the author, poet and playwright who penned A Clockwork Orange, is one of many literary talents along with Elizabeth Gaskell and Shelagh Delaney. They have set the standard for a new breed of writing talent headed by Danny Boyle, who wrote Hollywood blockbuster Slumdog Millionaire and Paul Abbott, author of Shameless which is based on his childhood, and Clocking Off. Abbot has also worked on several other Manchester series including Coronation Street and Cracker. The city’s hall of fame also includes, Ben Kingsley, Albert Finney, Ian McShane, Robert Powell, Christopher Ecclestone, Warren Clarke, Harry H. Corbett, Steve Coogan and John Thaw.

Edward Abbott Parry, the English judge and dramatist, captured the essence of Mancunian life in 1912. In his book “What The Judge Saw”, he wrote: “Manchester is the place where people do things. ‘Don’t talk about what you are going to do. Do it!’ That is the Manchester habit. And in the past, through the manifestation of its quality, the word Manchester became a synonym for energy and freedom and the right to do and think without shackles.”

Manchester is synonymous with sporting achievement. The city hosted the Commonwealth Games in 2002 and subsequently can boast many top-notch sporting facilities like the Velodrome in Eastlands, where Olympic cyclists Victoria Pendleton, Chris Newton and Chris Boardman have trained and the Aquatics Centre, which boasts two competitive pools and diving facilities. For cricket lovers, there is Lancashire County Cricket ground, at Old Trafford, which has hosted international Test matches since 1884. Rugby? Salford City Reds, Sale Sharks and Swinton Lions are but a few of the many rugby teams based in the area. But the city is best known for its two world-famous football teams, United at Old Trafford and City, based near the Velodrome, which both have popular museums offering tours. 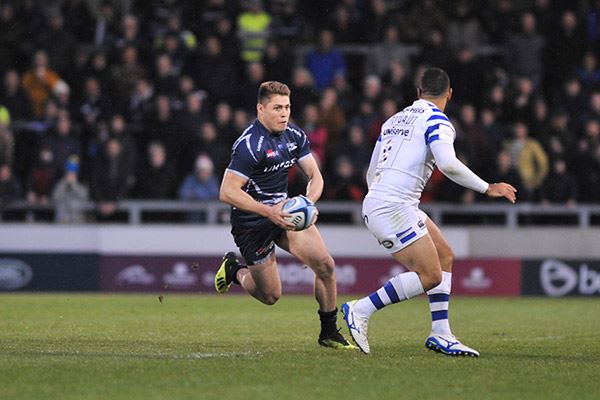 Try and catch a Sale Sharks game while here 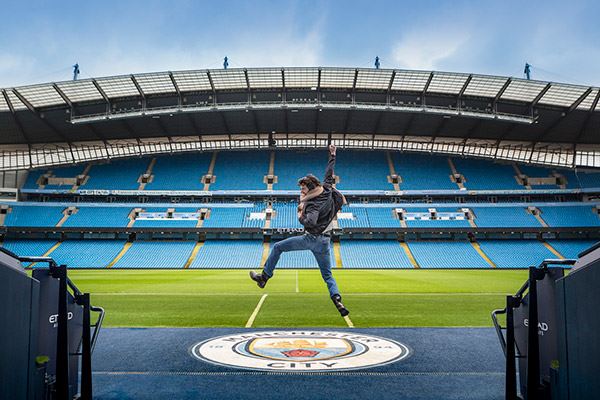 Centrality of the city

Manchester provides an ideal base for exploring the beauty of the Lake District, the undulating scenery of Derbyshire, the kitsch of Blackpool, the faded 50s glory of Morecambe and the delightful beaches of Southport, Fleetwood and North Wales. In addition, there are two international airports at Liverpool and Manchester within easy travelling distance for those wishing to jet off to sunnier climes.

Classical or modern, much of the greatest music around originated in the city. From the internationally-acclaimed Hallé Orchestra, the Manchester Camerata and the BBC Philharmonic through to Oasis, Happy Mondays, The Stone Roses, Inspiral Carpets, The Smiths, Take That, Elbow and The Ting Tings. This city is simply oozing musical creativity.

Chinese New Year is celebrated in grand style in the city’s Chinatown during February with spectacular dragon and lion dances and plenty of goodies to eat. The city pays homage to its big Irish population in March, a lively Guinness-fuelled event which takes in the St Patrick’s parade with lots of green floats and ceilidh bands. Manchester Pride is the city’s annual lesbian, gay, bisexual and transgender festival traditionally held over the August Bank Holiday. It’s a vibrant and entertaining affair with lots of dressing up and camp antics that have earned it the accolade of Best Pride Event voted by readers of the Pink Paper for five years running.