Top 10 things to do in Liverpool

There are so many things to do in Liverpool, but here are the top 10.

Ferry across the Mersey

This is by far the best way to see Liverpool’s world-famous UNESCO World Heritage Waterfront and skyline. Take the River Explorer Cruise from the £10.5 million Mersey Ferries Pier Head Ferry Terminal, with stops at Birkenhead and Seacombe, where you’ll find Spaceport and the U-Boat Story attractions. Themed and night-time cruises are also available. Seeing Liverpool’s stunning skyline by day or by night from a ferry boat is a sight you’ll never forget.

The restored 19th-century dock is home to several world class museums and galleries including the Tate Liverpool, which houses a fine collection of British and international modern and contemporary art. Other must-see attractions include the Merseyside Maritime Museum, an International Slavery Museum and the award-winning Beatles Story, the world’s largest permanent exhibition purely devoted to the life and times of The Beatles. There are also lots of great places to eat, drink and take in the stunning views. 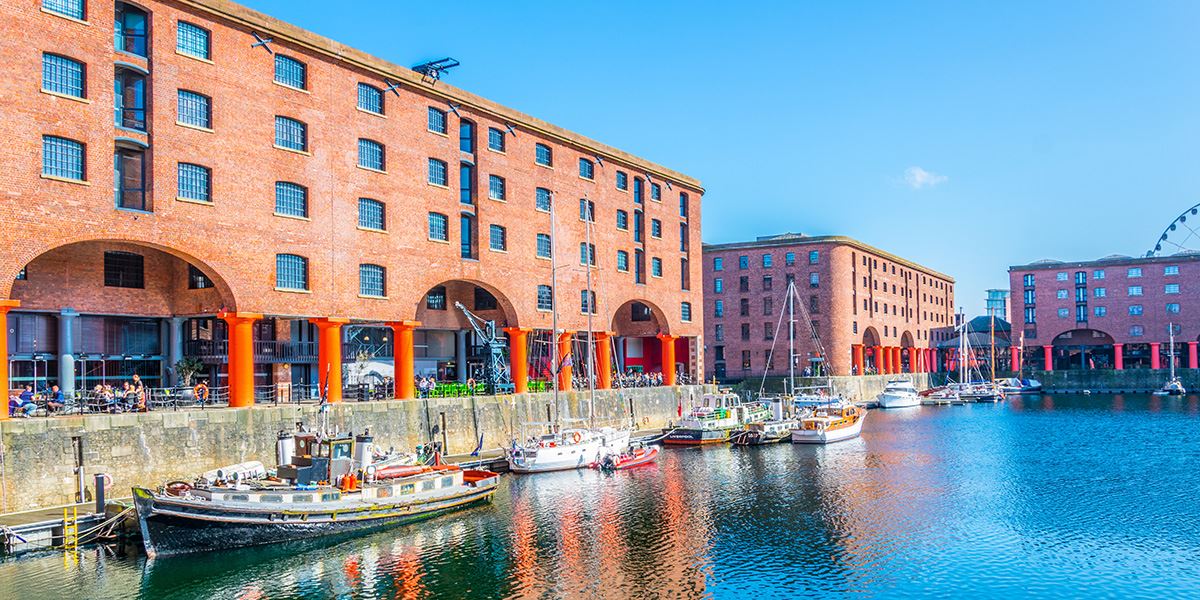 Liverpool’s Albert Dock is home to a range of attractions

In Liverpool we are very proud to have two cathedrals, situated at either end of the aptly named Hope Street. At one end is the Liverpool Anglican Cathedral, described by writer and poet Sir John Betjeman as ‘one of the great buildings of the world’, it took 74 years to build from the foundation stone being laid in 1904. Check out the tower which boasts spectacular views across the city. It often houses fantastic exhibitions. At the opposite end is the Metropolitan Cathedral of Christ the King, known affectionately as ‘Paddy’s Wigwam’. It was opened in 1967 and features modern works of art, a crypt and glorious multi-coloured windows.

Knowsley Safari Park is a 30-minute drive from Liverpool city centre. Visitors are taken on a thrilling five-mile safari drive through 450 acres of historic parkland; though take care in the baboon enclosure as the cheeky primates are very fond of snapping off car windscreen wipers; there is a car-friendly route. On the Amur Tiger Trail visitors can explore a forest in search of tigers, as well as a woodland walk and rowing boats on Mizzy Lake.

Another Place is an installation of public art by Antony Gormley, who created the Angel of the North. One hundred life-size casts of the artist himself are situated along a stretch of the Crosby coast – a breathtaking sight, especially at sunset. Located just five miles north of Liverpool city centre, the attraction is easily reachable by car, train and bus. Head another six miles further north for Formby, home to a beautiful beach with dramatic sand dunes, surrounded by sweeping coastal pine woods and rare red squirrels. 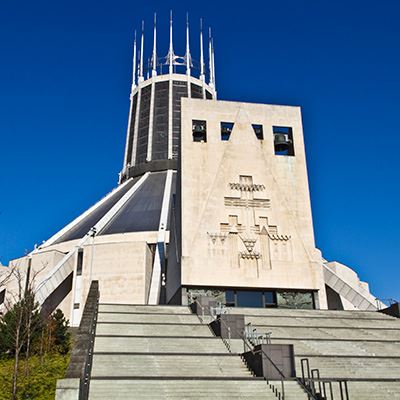 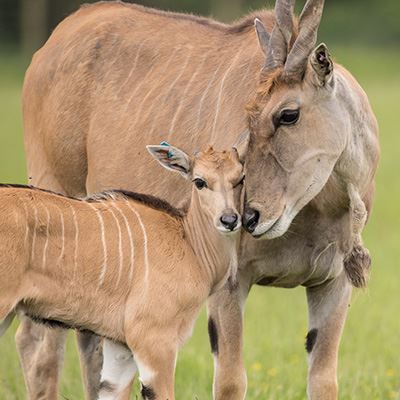 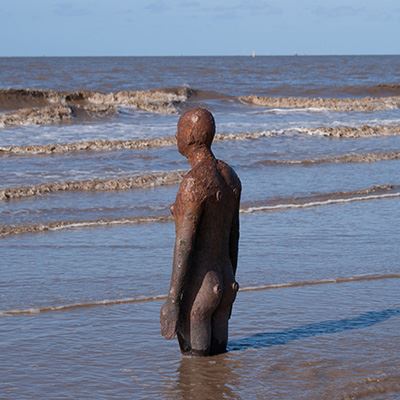 An unusual, but nevertheless fascinating, attraction in the Edge Lane area of Liverpool. The tunnels and chambers are a series of large, subterranean excavations created under the direction of tobacco merchant, landowner and philanthropist Joseph Williamson between 1810 and 1840. The motivations for the work are still a mystery but guided tours offer plenty of insights.

Located south of Liverpool city centre, Sefton Park is a magnificent 235-acre, Grade 1-listed historic park that is well worth a visit. It features a stunning Palm House, statues and monuments including an Eros fountain and a statue of Peter Pan, as well as a magical fairy glen and ‘Old Nick’s caves’. Younger visitors will love the large playground. A great way to get around the park is to hire a CityBike. Look out for lots of docking stations across the city and at the park.

Discover treasures from across the globe, from Egyptian mummies to casts of dinosaur bones. Attractions include the Bug House, a Discovery Centre and Aquarium and explore the Cosmos at the Planetarium. Pop next door to the Walker Art Gallery, which houses one of Europe’s finest collections of paintings, drawings, sculpture and decorative art. It is home to works by renowned artists including Rubens, Rembrandt and Gainsborough. 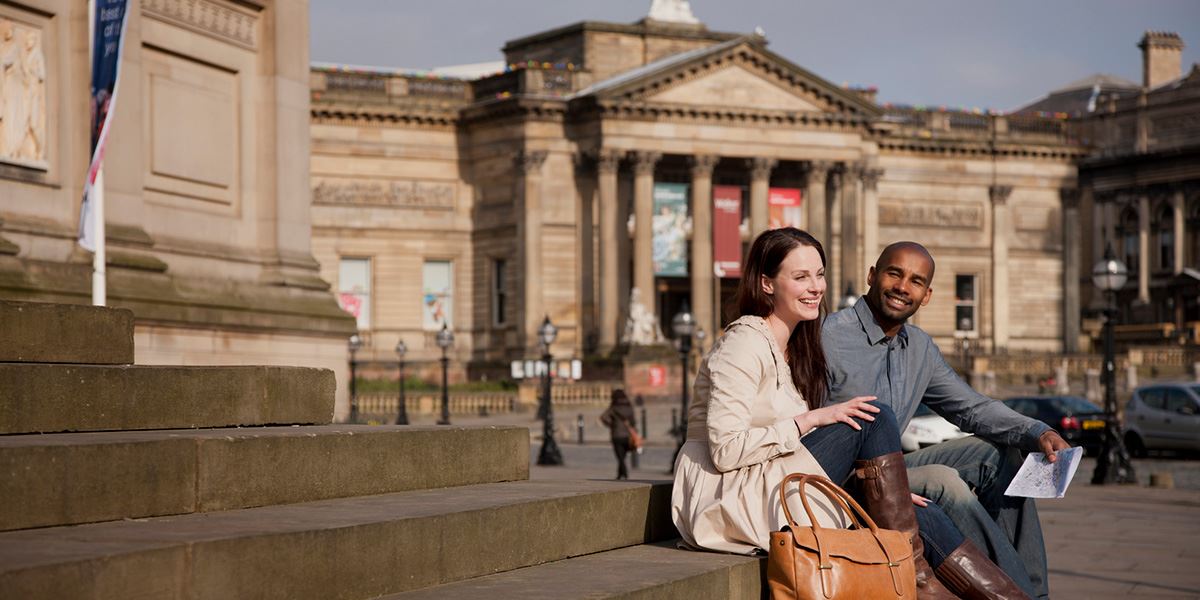 A hidden gem in the centre of Liverpool, Western Approaches was the underground command centre for the British Armed Services during World War II. Walk through hidden rooms and discover the stories locked in the wartime bunker that protected the tactics and secrets of the British Army, Royal Navy, Air Force and Marines. The museum reveals fascinating detail about how the services tackled Atlantic enemy submarine and convoy shipping.

Take a stroll along Liverpool’s UNESCO World Heritage Waterfront. Features include the £22 million Liverpool Canal Link, the iconic Three Graces – the Royal Liver, Cunard and Port of Liverpool buildings and Museum of Liverpool. Check out the Beatles Statue which takes pride of place at the Pier Head. Sculpted by Andrew Edwards, and weighing 1.2 tonnes, the statue was donated to the city by the Cavern Club organisation.