The UK and Ireland are home to amazing landscapes and scenery that have featured endlessly on the silver screen, here are our best of British film locations. 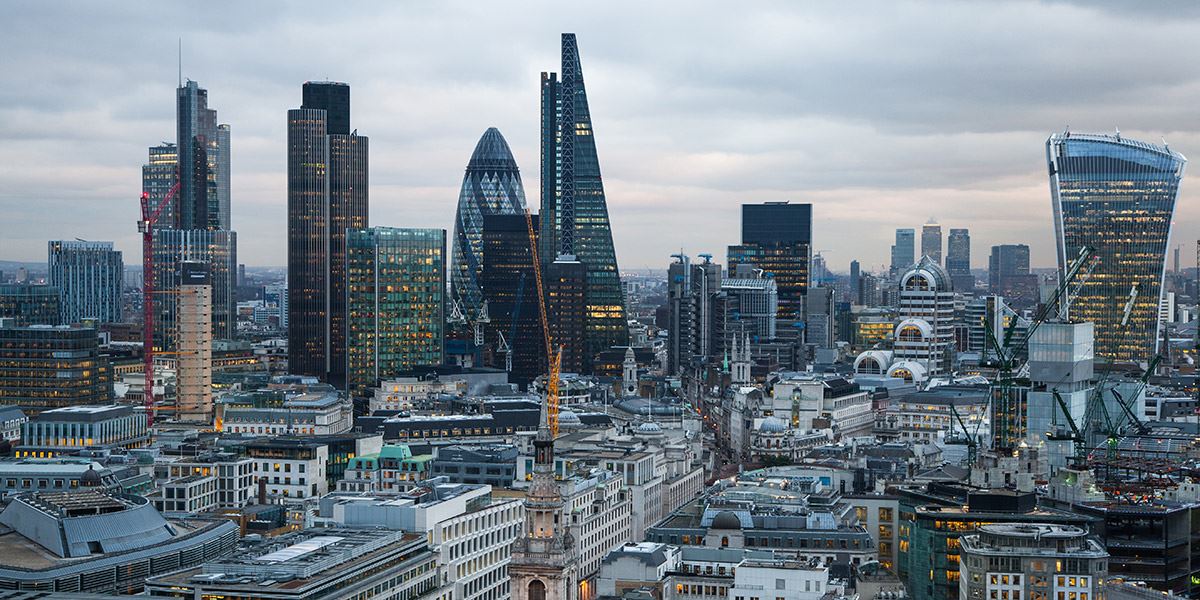 With over 50 years’ worth of James Bond films and 26 titles, various buildings throughout London have made an appearance on the silver screen several times as themselves. The real MI6 Headquarters are pictured in old and new Bond films alike. Other notable locations around London include the National Gallery, Charing Cross Underground Station, Embankment Place and Whitehall Road, Westminster. Skyfall was filmed partly in the Scottish Highlands, with Bond’s family home located in Glencoe.

Read more about London and Fort William and Lochaber 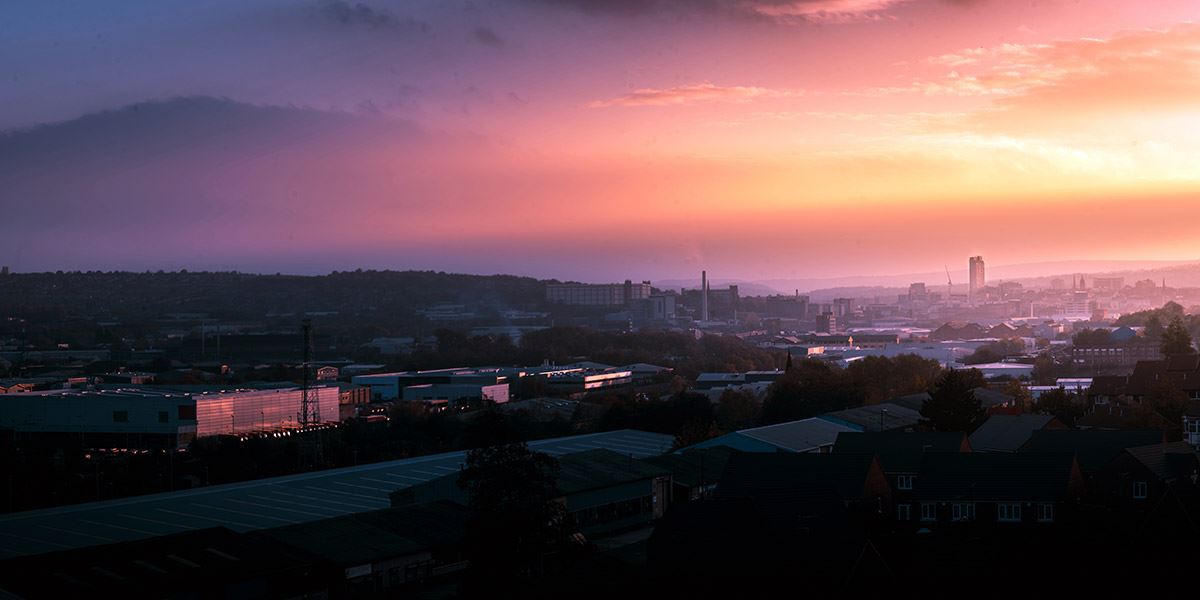 Sheffield is the main filming location for the Full Monty

This classic British comedy, released in 1997, was set amongst the industrial city of Sheffield. The story follows six unemployed men, the majority of which are former steel workers, who decide to form a male striptease act. Humble locations within Sheffield can be seen within the film, from the Sheffield Boxing Centre to the Shiregreen Working Men’s Club, serving as the fictional ‘Millthorpe Working Men’s Club’, where the group perform their famous routine to Donna Summers’ Hot Stuff. Fun fact: some US cinemas gave audiences a printed slang guide to help them understand the film’s distinctly Northern dialogue!

Four Weddings and a Funeral 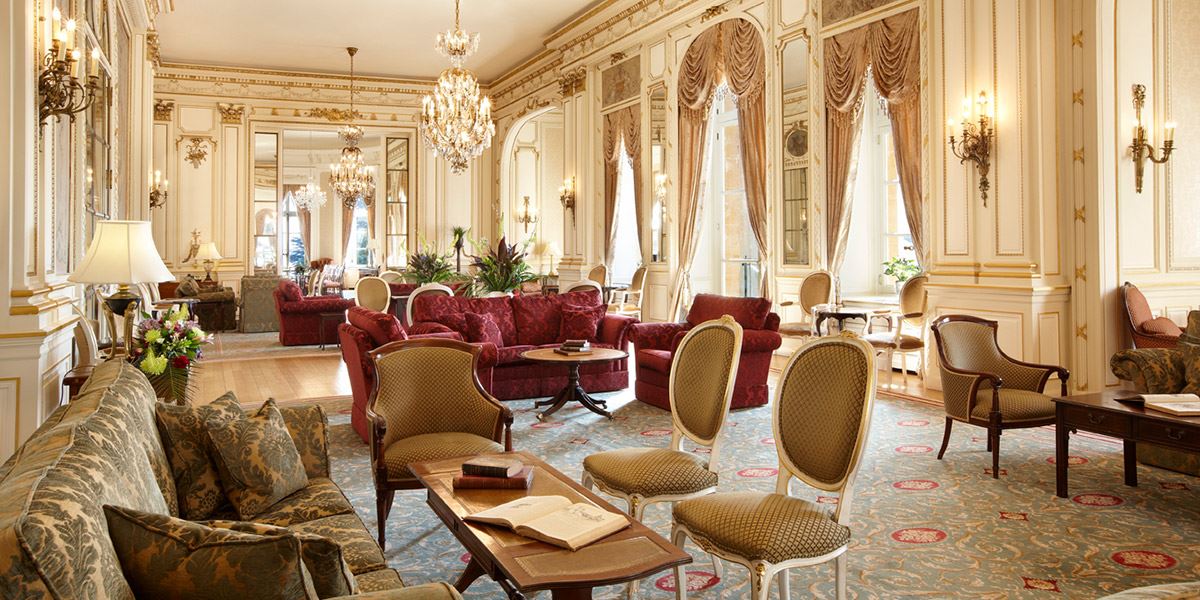 The grounds, Drawing Room and Pillared Hall of the stunning Luton Hoo Hotel were used in Four Weddings and Funeral

This 1994 British romantic comedy follows Hugh Grant’s character, Charles, and his group of friends as they attend standard social occasions where they each encounter romance. The locations used for the film were all based in London and the surrounding Home Counties, Hertfordshire, Essex, Bedfordshire, Surrey, Buckinghamshire and Hampshire. The ‘second wedding’, at the fictional ‘Holbein Place’ was filmed at various locations in the Luton Hoo Hotel, including the memorable scene in which Hugh Grant hides in a cupboard. 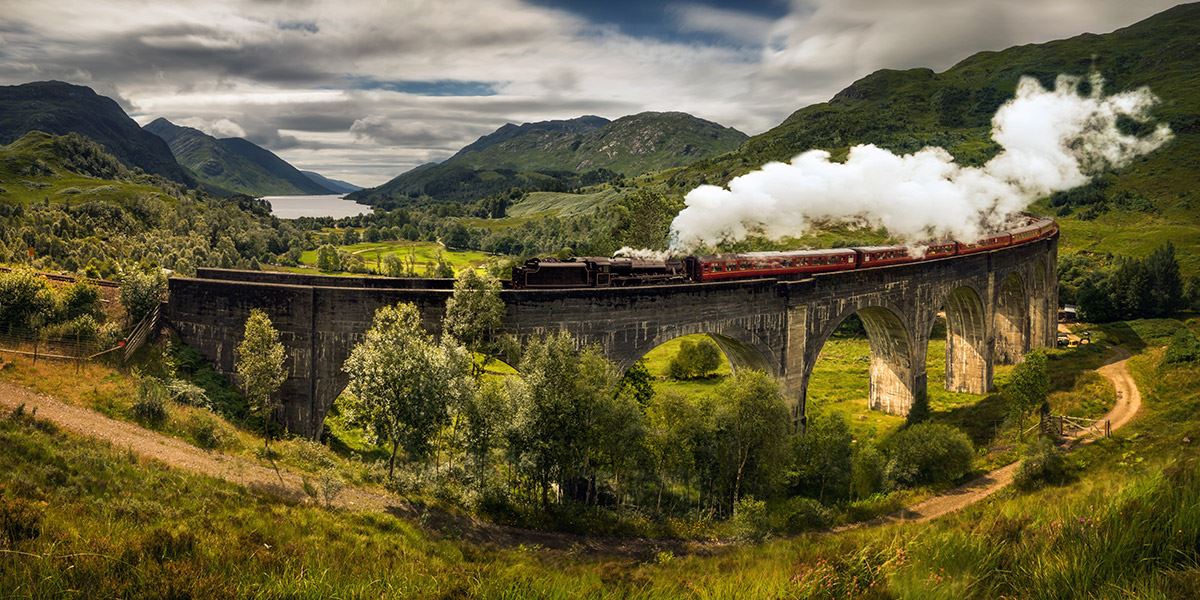 The Glenfinnan Viaduct and the Jacobite Steam Train, aka the Hogwarts Express

With every film in the Harry Potter series (apart from Harry Potter and the Prisoner of Azkaban) ranking among the 50 highest-grossing films of all time, it’s hardly surprising that various locations across the UK have seen increased rates of tourism in locations where the films have been shot. Various parts of the films have been filmed in London. Hogwarts is made up of shots from Durham Cathedral, Alnwick Castle, Gloucester Cathedral and Lacock Abbey. The mighty Glenfinnan Viaduct and Jacobite Steam Train make the track and train that fans will know as the Hogwarts Express.

Read more about Durham, Fort William and Lochaber and Northumberland 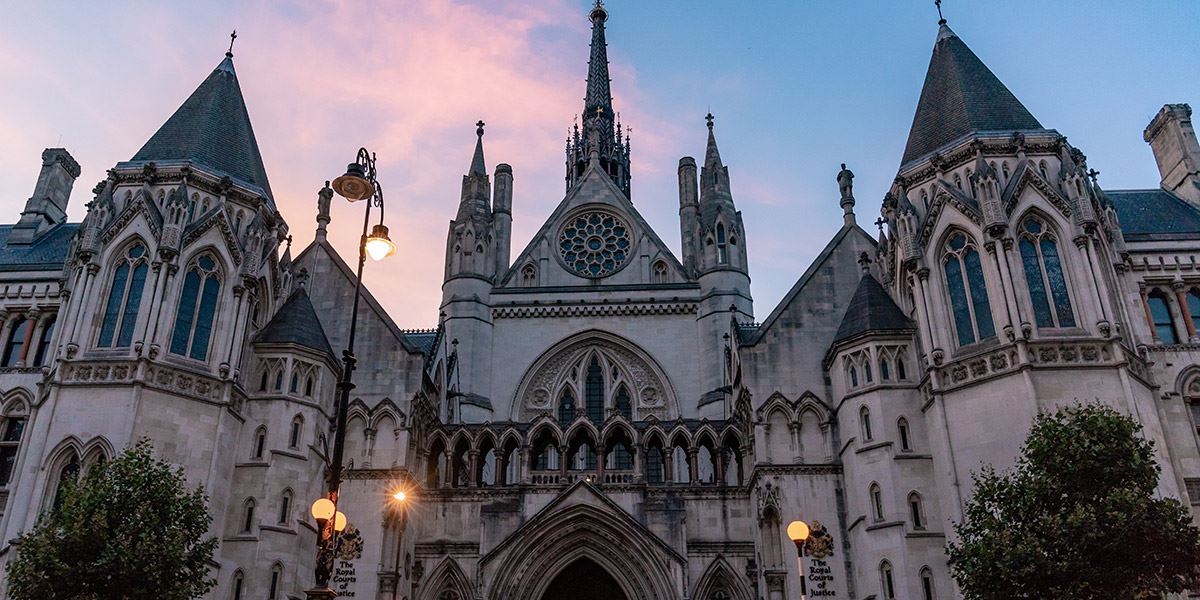 The Royal Courts of Justice, where Bridget botches her assignment covering the extradition for Sit Up Britain

Based on the fictional character as written in the books by Helen Fielding, Bridget Jones’s Diary was an instant British hit at the box office. The filming took place predominantly in London and the Home Counties, following Bridget from her Borough Market-based residence to her job and the surrounding area. Bridget’s flat is above The Globe Tavern, Bedale Street and other locations to be spotted within the scenes of this rom-com include Momo, the Royal Courts of Justice and Stoke Park House, where Bridget and Daniel Cleaver take a mini-break. 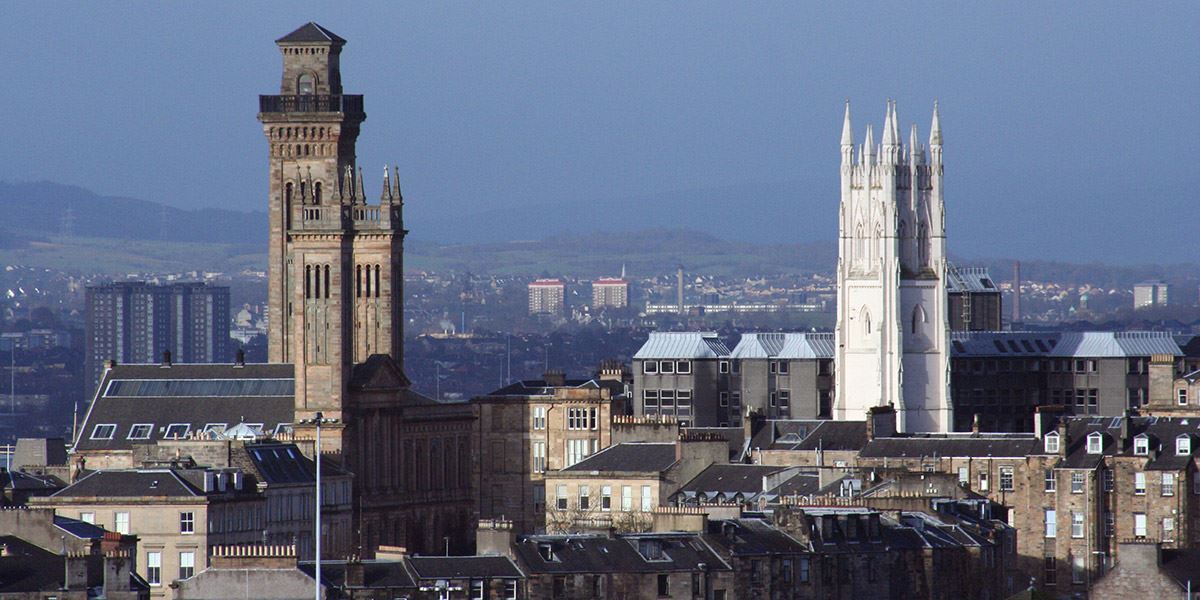 The streets of Glasgow are instantly recognisable throughout Trainspotting

The 1996 British black comedy crime film Trainspotting is set on the streets of Edinburgh, Glasgow and there are some scenes shot in London. You can visit Café D’Jaconelli, Glasgow, where Spud and Renton share a milkshake, Princes Street in Edinburgh where Renton and Spud are running away from security guards during a shoplifting spree and Firhill Sports Complex, Glasgow where the lads’ football match takes place during Renton’s ‘Choose Life’ speech. 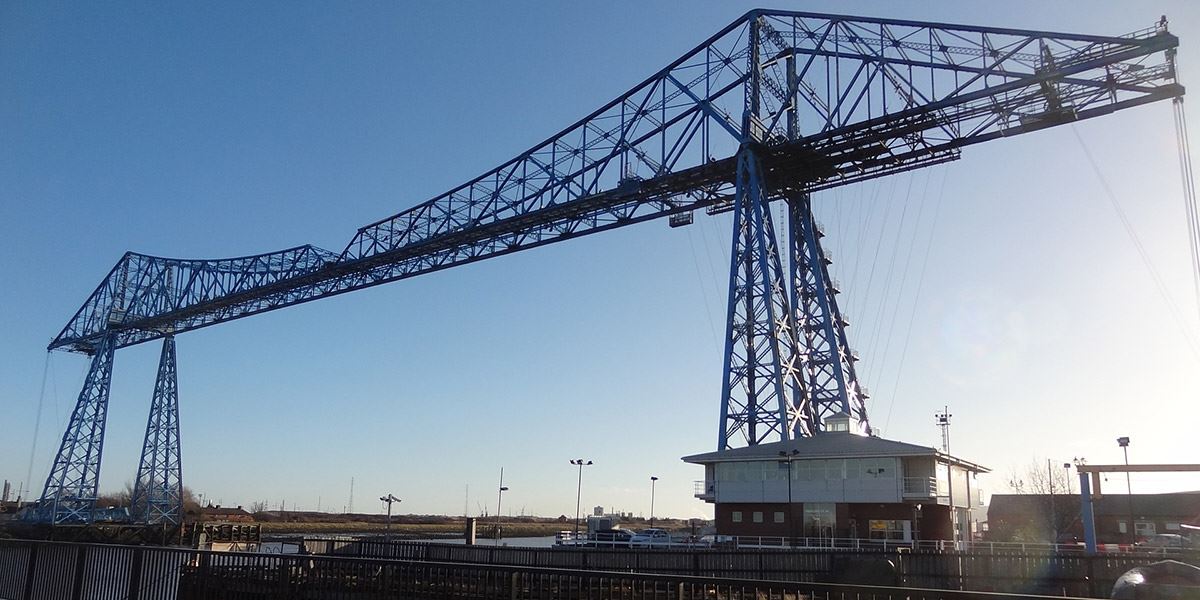 British dance drama film, Billy Elliot, was another unlikely instant hit. With northern accents and disgruntled coal miners aplenty during Margaret Thatcher’s England, the film follows 11-year-old Billy Elliot, the son of a miner and an unlikely-but-gifted ballet dancer. Locations for the film can be found in the North East of England –Easington Colliery, County Durham, was the fictional town of ‘Everington’ and the Tees Transporter Bridge also features in the film. 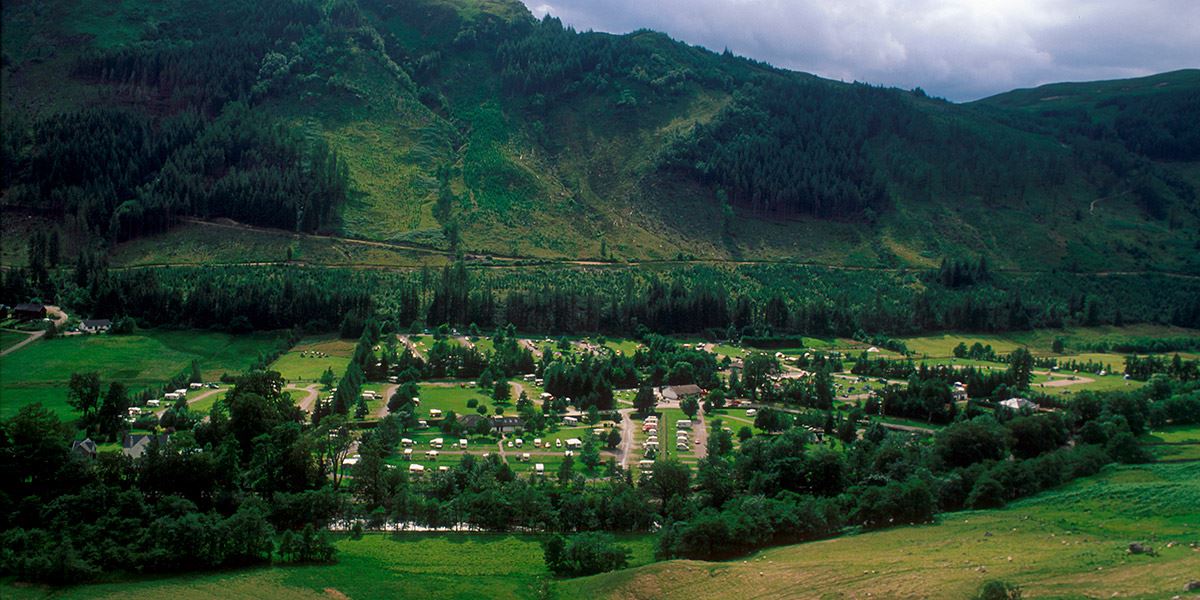 Whilst Mel Gibson’s portrayal of William Wallace in Braveheart might not be historically accurate, there’s no denying it’s a great film and it certainly highlights some of the fabulous countryside and scenery on offer in the UK and Ireland. Filming locations include Glen Nevis, Glen Coe and Loch Leven. The set for fictional village of Lanark where William Wallace lives and grows up was created in the Glen Nevis Valley, at the foot of Ben Nevis. A lot of the film was also shot in Ireland, within a 30-mile radius of of Dublin.

Read more about Dundee, Angus and Perthshire and Fort William and Lochaber 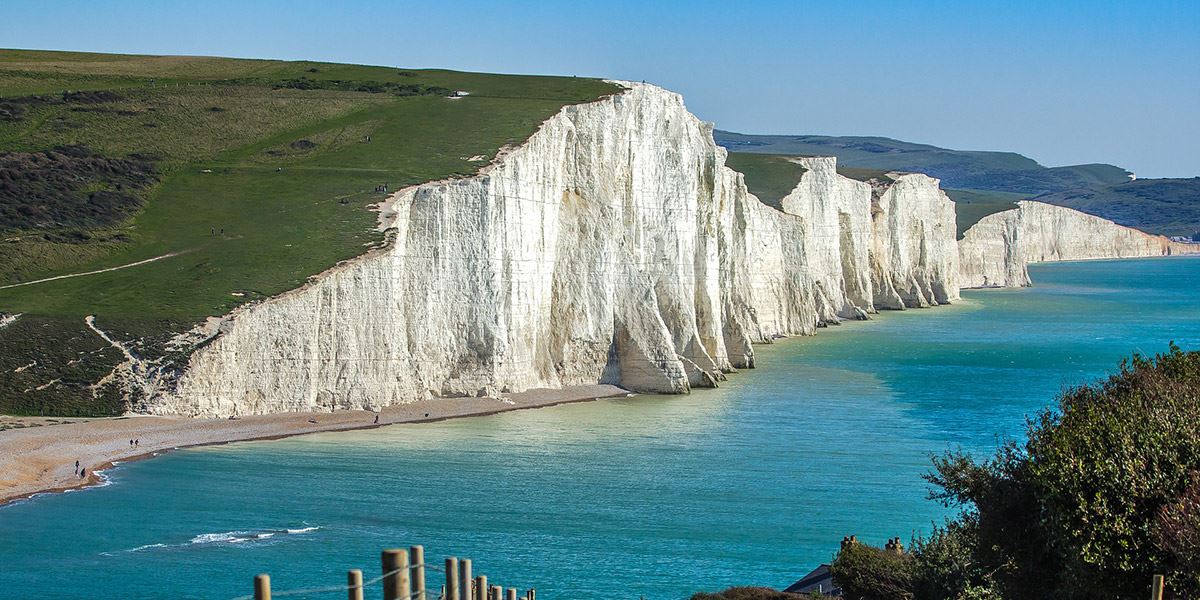 The 1991 depiction of the classic tale of Robin Hood is undeniably cheesy but equally undeniably great. Starring Kevin Costner as the eponymous hero and featuring a great performance by the late Alan Rickman as the Sheriff of Nottingham, the film really is a 90s classic. The film showcases a lot of the UK, with locations including Hadrian’s Wall in Northumberland, the Seven Sisters in East Sussex, Old Wardour Castle in Wiltshire, Aysgarth Falls in North Yorkshire and Burnham Beeches in Buckinghamshire (Sherwood Forest). 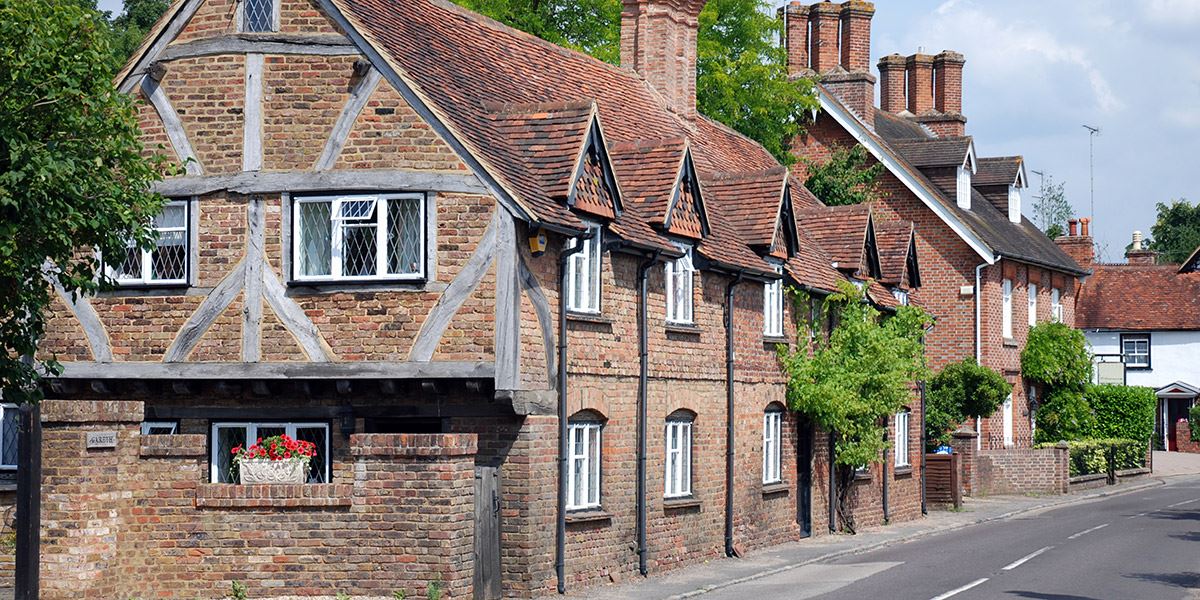 The picturesque streets of Shere are recognisable throughout The Holiday

A modern Christmas classic, The Holiday, starring Kate Winslet, Cameron Diaz, Jude Law and Jack Black, gets you feeling instantly festive with the winding lanes and snow-covered cobbles of Shere, Surrey. The film is shot equally in California, but it’s the British locations that give the movie its cosy Christmas vibes. The village of Shere is roughly an hour and a half from London and poses as the location of Iris’s Cotswold cottage.  Other quintessentially British locations in the film include the village of Godalming which is also in Surrey, where Cameron Diaz does her Christmas shop and Cornwell Manor, Oxfordshire, where Amanda and Graham go on a date.