There’s a lot to pack into your Liverpool break, from museums to elegant buildings to historic sites. So put on some comfy shoes and get out there. The compact city centre is easy to discover on two feet.

A great place to start is Liverpool’s magnificent waterfront – the jewel in the city’s crown and a huge source of civic pride. The iconic Liver Birds, Three Graces, cathedrals and other landmarks provide a stunning backdrop to the River Mersey. Taking pride of place at the Pier Head is a statue of The Beatles, sculpted by Andrew Edwards and weighing in at 1.2 tonnes.

Before you begin exploring, pay a visit to the Museum of Liverpool – the world’s first national museum devoted to the history of a regional city. A variety of exhibitions tell the story of the city’s global significance through its unique geography, history and culture. 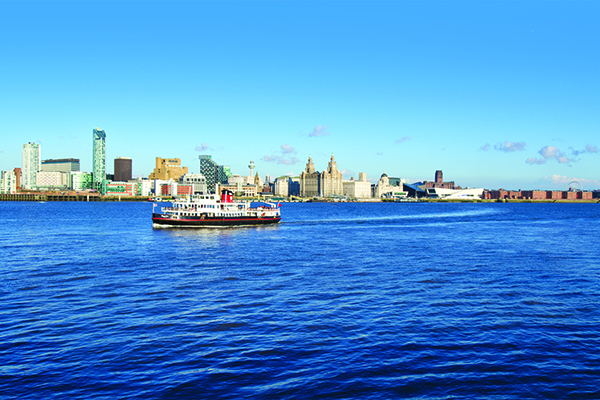 Hop aboard a Mersey Ferry 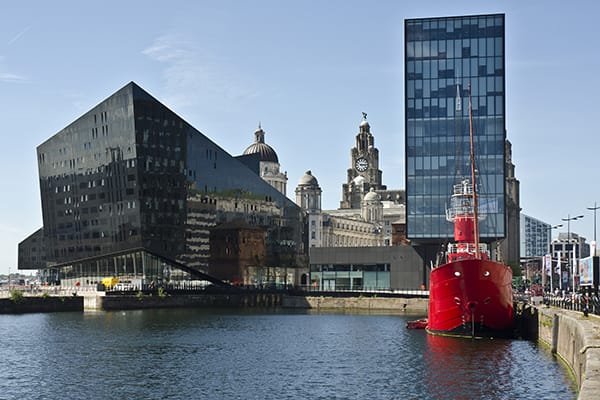 Marvel at Liverpool’s magnificent architecture from the Waterfront

Next on the agenda? Take a trip on a ferry ‘cross the Mersey’. Seeing the world-class Liverpool skyline from the water is an experience you are unlikely to forget, and there are lots of journey options, including night cruises. Mersey Ferries offer a River Explorer ticket with guided commentary, as well as longer cruises along to the Manchester Ship Canal.

Royal Albert Dock is packed with attractions, including Tate Liverpool, which houses a fine collection of British and international modern and contemporary art. It’s also home to the Merseyside Maritime Museum and the International Slavery Museum.

Mersey Ferries offer a River Explorer ticket with guided commentary, as well as longer cruises along to the Manchester Ship Canal

The award-winning Beatles Story, the world’s largest permanent exhibition purely devoted to the life and times of the Fab Four, is an absolute must for music fans. If you’re up for a memorable family adventure with a bit of competition thrown in, try Escape Hunt, the Dock’s very own immersive escape room game.

Liverpool boasts two cathedrals, immortalised in the old folk song In My Liverpool Home. Even though they’re vastly different architecturally, they’re equally majestic and beautiful. Liverpool Metropolitan Cathedral was opened in 1967, and features modern works of art, a crypt and glorious stained-glass windows. 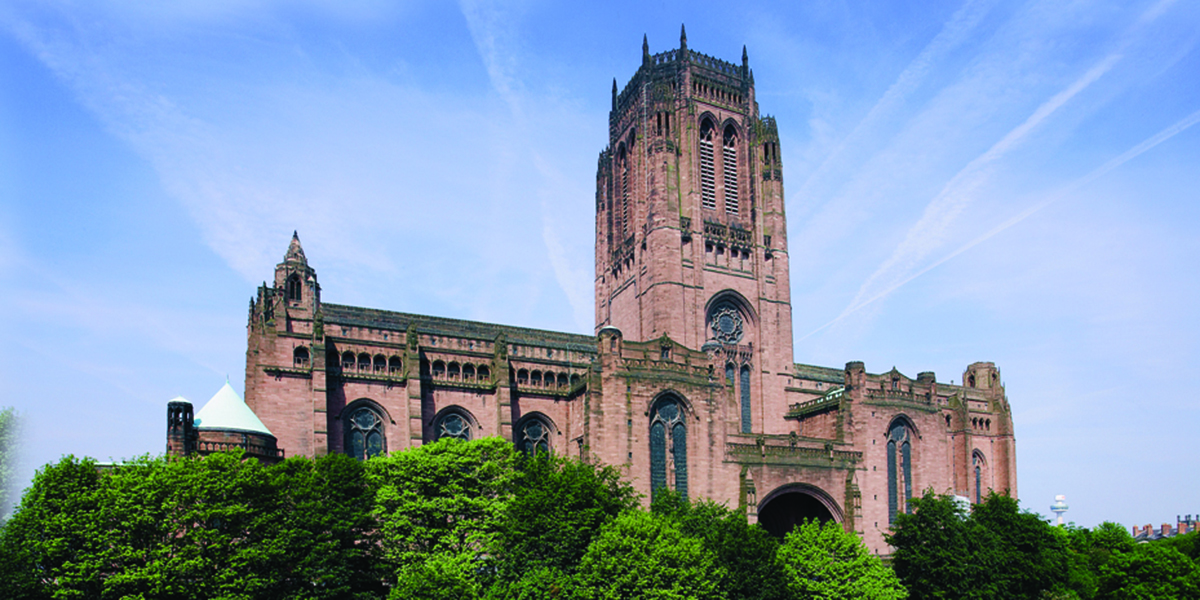 Liverpool Anglican Cathedral, described by writer and poet Sir John Betjeman as “one of the great buildings of the world”, took 74 years to build, from the foundation stone being laid in 1904. Check out the tower, which boasts spectacular views across the city.

Prefer an organised excursion? There are plenty of bus and walking tours, including The Magical Mystery Tour, a two-hour exploration of Beatles Liverpool. There are lots more options for Beatles fans, including National Trust tours of Mendips and Forthlin Road, former childhood homes of John Lennon and Paul McCartney.

There are walking tours taking in the city’s rich history and many landmarks, including historic Chinatown, the oldest in Europe. Liverpool’s spooky past can also be explored on ghost tours packed full of sinister tales – not for the faint-hearted. 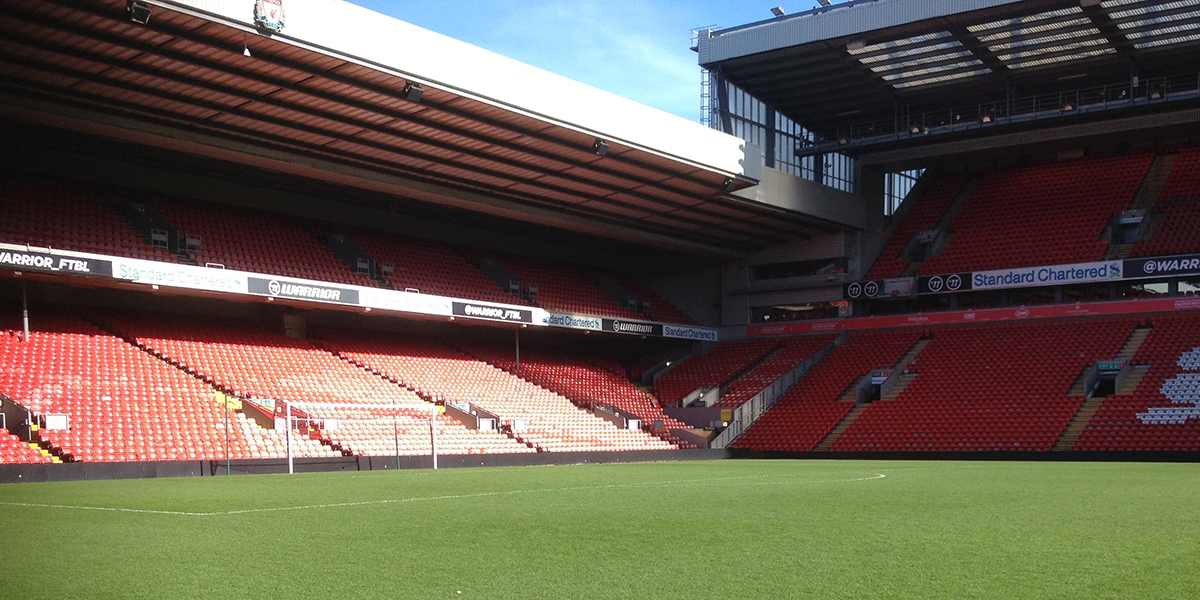 If you’re a footy fan, tours of the city’s hallowed football grounds are a must. Northeast of the city centre is Anfield, home of Liverpool FC. Sign up for a self-guided audio tour and you’ll get to visit the players’ lounge, dressing rooms and press room, and feel your spine tingle as you walk down the famous Players’ Tunnel. There’s also an on-site exhibition, featuring all the LFC memorabilia you can handle.

You can get the inside info on LFC’s local rivals, Everton, at Goodison Park. Expert guides will take you around the changing rooms and the Directors’ box, plus you’ll get to pose for photos in the media centre and experience those pre-match nerves as you emerge from the players tunnel to the sound of the Z-Cars theme tune.

Prefer an organised excursion? There are plenty of bus and walking tours, including The Magical Mystery Tour, a two-hour exploration of Beatles Liverpool

Football not your thing? Head to Aintree Racecourse to discover the home of the world’s most famous steeplechase – the Grand National. The Grand National Festival takes place over three days each April. As well as watching top class racing, you can enjoy live music and entertainment, join the fashionistas on Ladies Day and take a guided walking or minibus tour to see the famous fences before the event begins.

If you’re looking for something on the quirky side, try the Mersey Tunnel Tours or an exploration of the Williamson Tunnels – a labyrinth of tunnels in the Edge Hill area of the city, built under the direction of eccentric businessman Joseph Williamson. 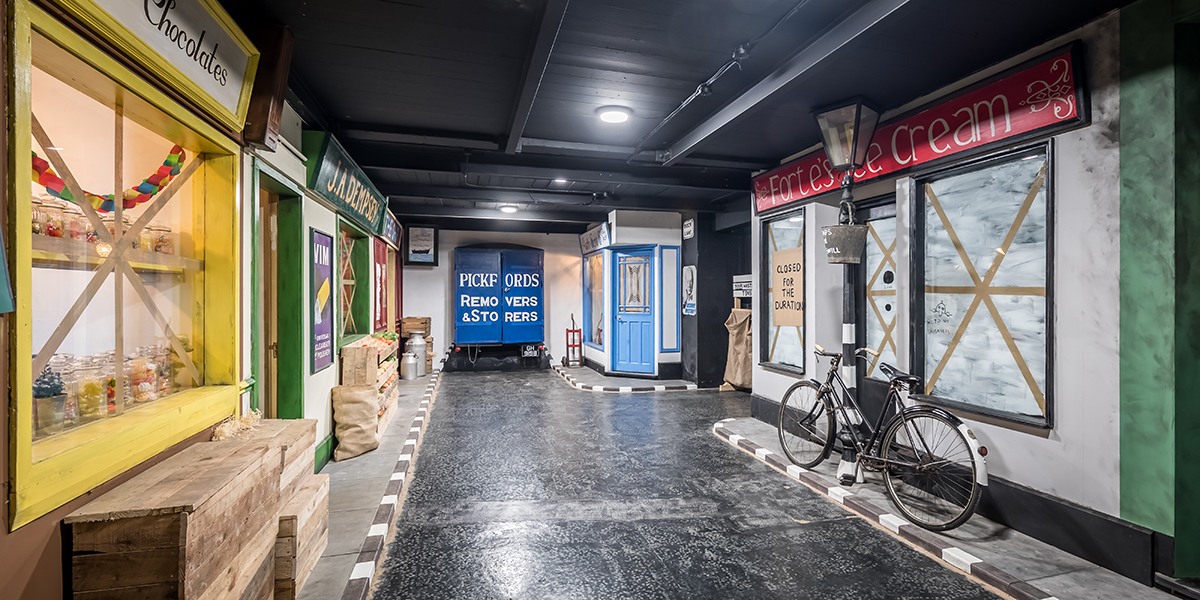 For fans of military history, a visit to the Western Approaches Museum is a must. The venue was the underground command centre for British forces during World War II.

You can also get a fascinating glimpse into the past with an Old Dock guided tour, taking in the historic dock that now lies beneath the Liverpool ONE complex. Got a head for heights? Take a trip to the viewing gallery at the top of the landmark 400 ft (123 m) Radio City Tower (or to give it its official name, St John’s Beacon).

If you’re travelling with kids, you’ll find plenty to keep them busy in Liverpool, even on one of the city’s many rainy days! The Museums of Liverpool’s Little Liverpool gallery is a hands-on fantasy world where children can play and learn.