If all the excitement of the big smoke gets a bit much, there’s plenty to explore outside Liverpool, with a healthy dose of fresh air to boot. Think windswept beaches, wildlife centres and a good smattering of historic country homes.

Just five miles north of Liverpool lies Crosby, home to Another Place, an art installation by renowned artist Antony Gormley. It features 100 spectacular cast-iron, life-size figures located across three metres of foreshore, stretching around a kilometre out to sea. 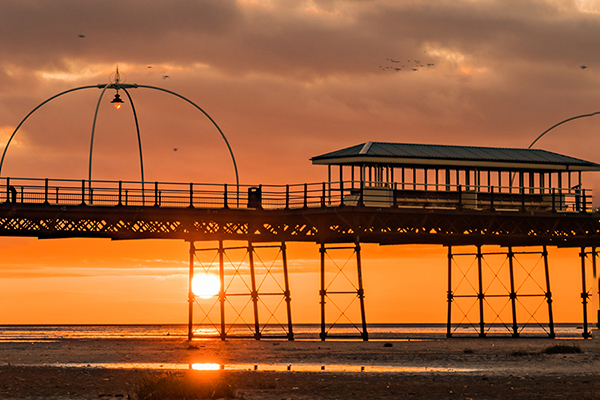 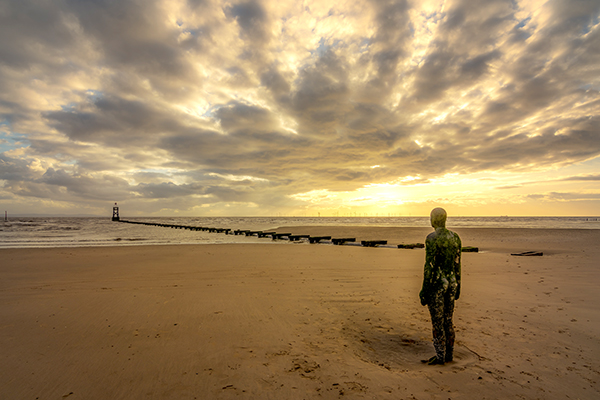 See the Another Place sculptures at Crosby Beach

A further five miles north, you’ll reach Formby with its stunning sand-dune-lined coastline, pine woods and red-squirrel reserve. At the northernmost tip of Merseyside is Southport, a classic seaside town. The restored pier will blow the cobwebs away, or you can stroll along the wide, characterful shopping avenues and arcades.

If you’ve kids in tow, check out Southport Model Railway Village, or take them to burn off energy in one of Southport’s two great parks – Hesketh Park and the Botanic Gardens – located in the quaint little village of Churchtown.

At the northernmost tip of Merseyside is Southport, a classic seaside town with a pier that is guaranteed to blow the cobwebs away

Head up the coast through Lancashire to Blackpool, a great day out, no matter how old you are. Thrill seekers can enjoy white-knuckle rides at Blackpool Pleasure Beach, while other attractions include the landmark Blackpool Tower, a zoo and three piers. If you’re here in late summer or autumn, extend your day trip into the evening to experience Blackpool Illuminations, an annual lights festival founded in 1879.

If you’re into wildlife, get over to WWT Martin Mere Wetland Centre in Burscough, West Lancashire, around a 40-minute drive from Liverpool. Whatever the time of year, there’s always something to see at the vast marshlands, from ducklings to migrating swans.

For an experience that gets you up close and personal with animals, including lions, elephants and baboons, visit Knowsley Safari Park, just a 30-minute drive from Liverpool city centre. Visitors are taken on a thrilling five-mile safari drive – the longest in the UK – though take care in the baboon enclosure, as the cheeky primates are very fond of snapping off car windscreen wipers! You can also explore a large part of the safari park on foot, including sea lion displays, meerkats, giraffes and play areas, as well as the tiger trail. 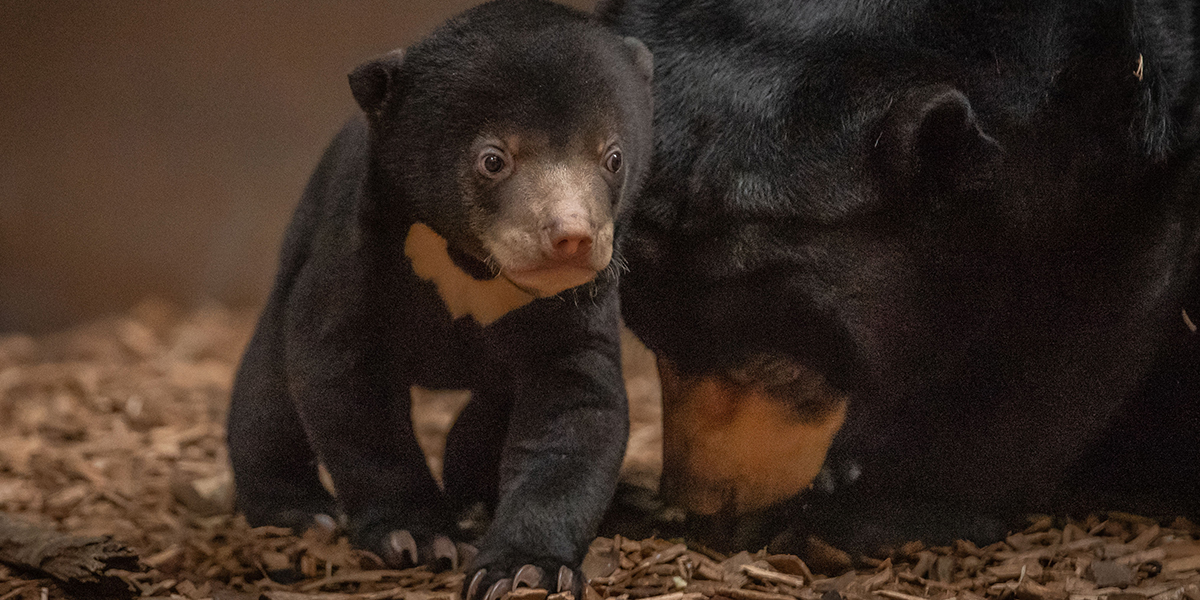 For more animal action, Chester Zoo is just the ticket, especially if you’re with little ones. The world-renowned, award-winning zoo is the most visited in the UK, and boasts more than 20,000 animals and 128 acres of gardens to explore.

Chester is close to the North Wales border, and wildlife enthusiasts will also love the Welsh Mountain Zoo in Colwyn Bay, featuring chimpanzees, penguins, sea lions and camels, to name a few.

Whatever the time of year, there’s always something to see at the vast marshlands, from ducklings to migrating swans

If you’re more interested in goings on under the sea, the Blue Planet Aquarium in Ellesmere Port offers a range of tanks and exhibits to please both grown-ups and kids.

If stepping back in time is more your thing, there are plenty of attractions that bring the rich history of the area alive. Speke Hall, Garden and Estate, just outside Liverpool, is a Tudor house set on the banks of the River Mersey. The restored house and gardens tell the story of the property’s turbulent history, and if you’re here with kids, they’ll get a big kick out of the maze.

South of Liverpool lies Sudley House, a magnificent Victorian merchant’s mansion set in its own grounds and displaying its original art collection. Tatton Park, to the east of the city, is an award-winning tourist attraction featuring a Tudor Old Hall, neoclassical mansion, deer park and 50 acres of landscaped gardens.

Beeston Castle and Woodland Park in Cheshire has something for everyone. Boasting a 4,000-year-old history and 40-acre woodland park, it offers some of the best views across the Cheshire plains. 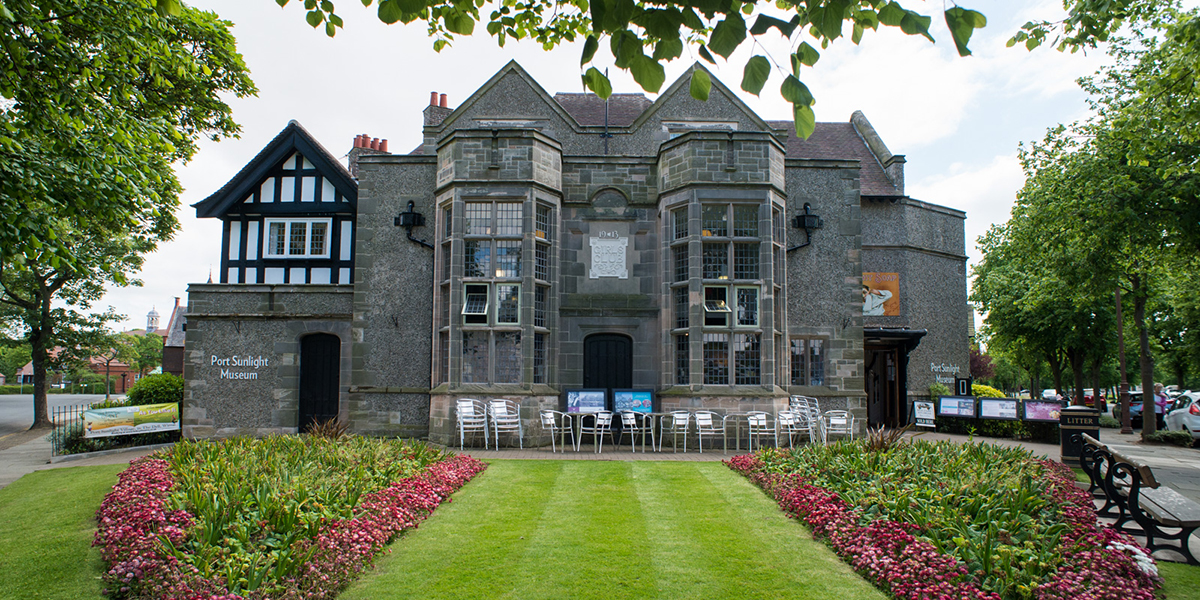 Marvel at the historical architecture on offer at Port Sunlight

Port Sunlight in Wirral is a fascinating dive into the past. The village, built by the Lever Brothers to accommodate workers at its soap factory, features a museum, a restored worker’s cottage and the Lady Lever Art Gallery – containing a stunning collection of British 18th and 19th-century paintings, tapestries and sculptures. It’s easy to spend a whole day in the village, which is just a short train ride from Liverpool city centre.

Want to learn about the role of the waterways in local development? Visit the National Waterways Museum at Ellesmere Port for the low down on canal history and culture.