It's time to brush up on your knowledge of the UK's most impressive football stadiums – here's 17 of the best.

Wembley Stadium opened in 2007, on the site of the original Wembley Stadium (where England won the 1966 World Cup!), which was demolished from 2002-2003. The stadium hosts major football matches including home matches of the England national football team, and the FA Cup semi-finals and finals as well as other major sports and music events. 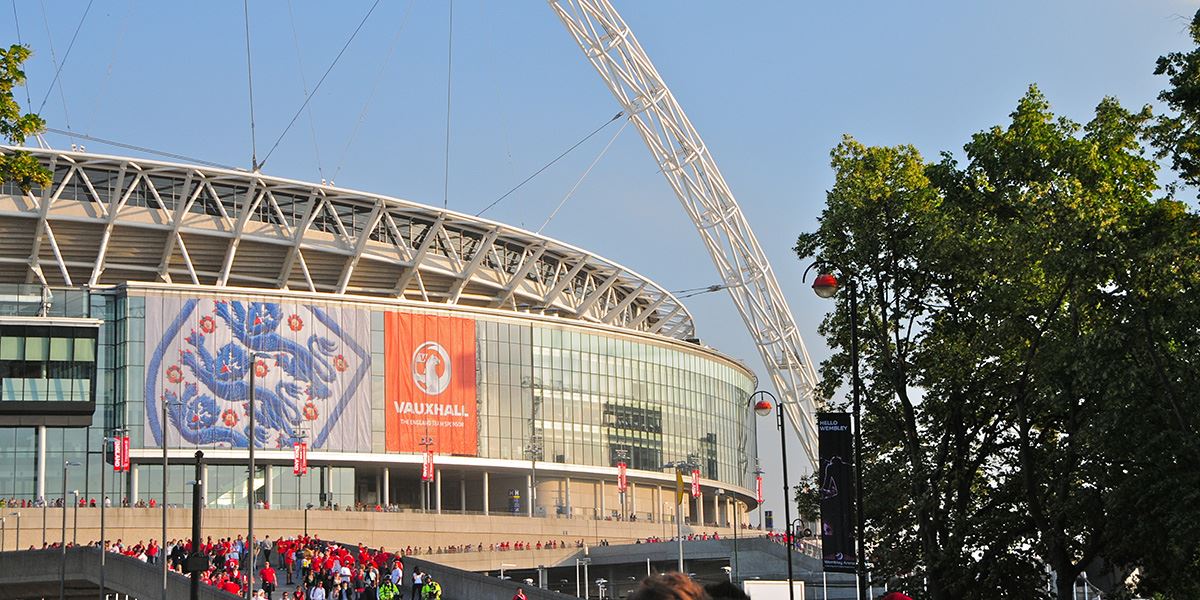 Celtic formed in 1887 and the first Celtic Park opened in Parkhead in 1888. The club moved to the current site in 1892, the stadium was initially oval-shaped with a cycling track, pavilion, and one wooden stand at the Janefield Street side. With 46 Scottish Championships and 36 Scottish Cups in their trophy cabinet, it’s fair to say that Celtic FC is a club synonymous with Scottish football. 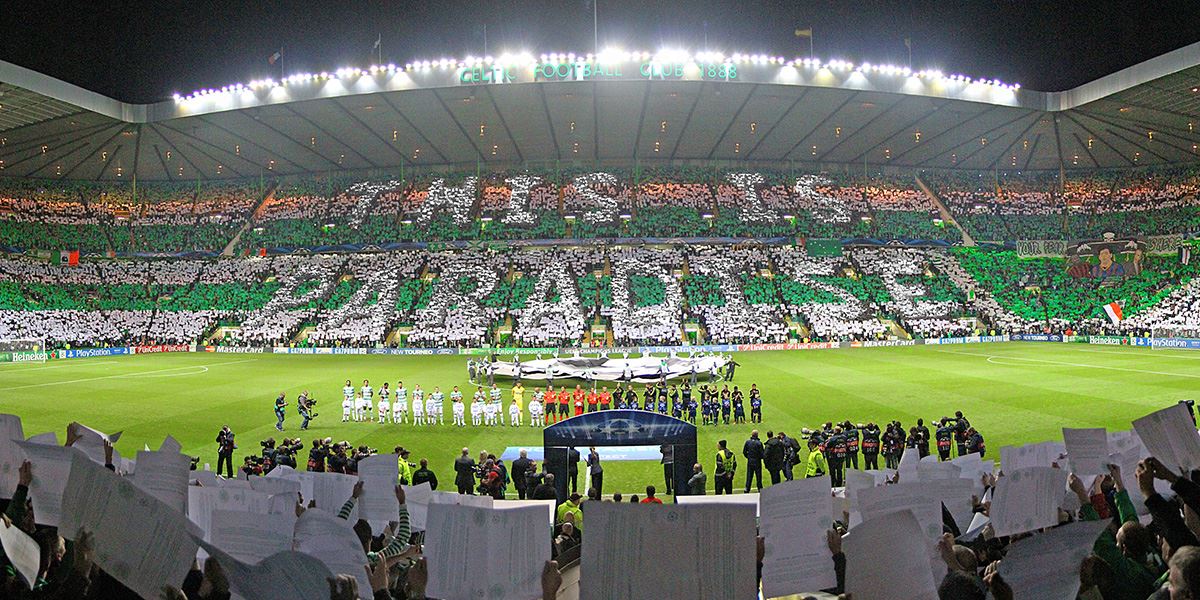 St James’ connection with ‘the beautiful game’ precedes the birth of the club, with the first organised practice match on the site recorded as taking place in 1880 – a full 12 years before the official formation of Newcastle United. In 1892 the first official match as Newcastle United FC was played, and the rest is history. St James’ Park is now one of the greatest arenas of world football, also hosting many international sporting events such as the Rugby World Cup 2016 and the European Champions Cup Final 2019. 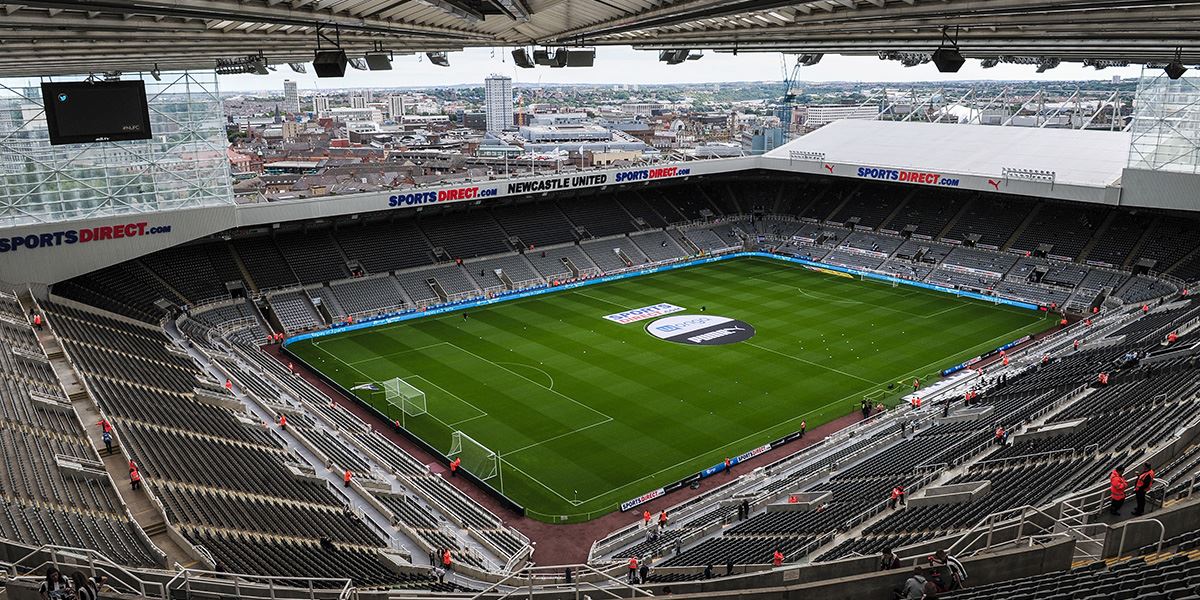 Since opening in June 1999, the Principality Stadium (formerly known as the Millennium Stadium until 2016) has welcomed, on average, over 1.3 million visitors per year. Sporting the first fully-retractable roof in the UK, the venue is at the cutting edge as a multi-purpose and adaptable event venue. The stadium boasts a UEFA five-star rating and has hosted matches from two Rugby World Cups including the Final in 1999, witnessed three Wales Grand Slam successes in the RBS Six Nations and staged six showpiece FA Cup Finals.

Bombed during the Second World War, Old Trafford recovered considerably, adopting various guises before morphing into the 75,635-seater home of the Premier League’s most-successful team. For those who want to delve into the inner workings of Europe’s leading club, you can soak up the majesty of the stadium with a tour and museum visit, but it’s on match days when Old Trafford comes to life, roared on by a 75,000-capacity crowd. 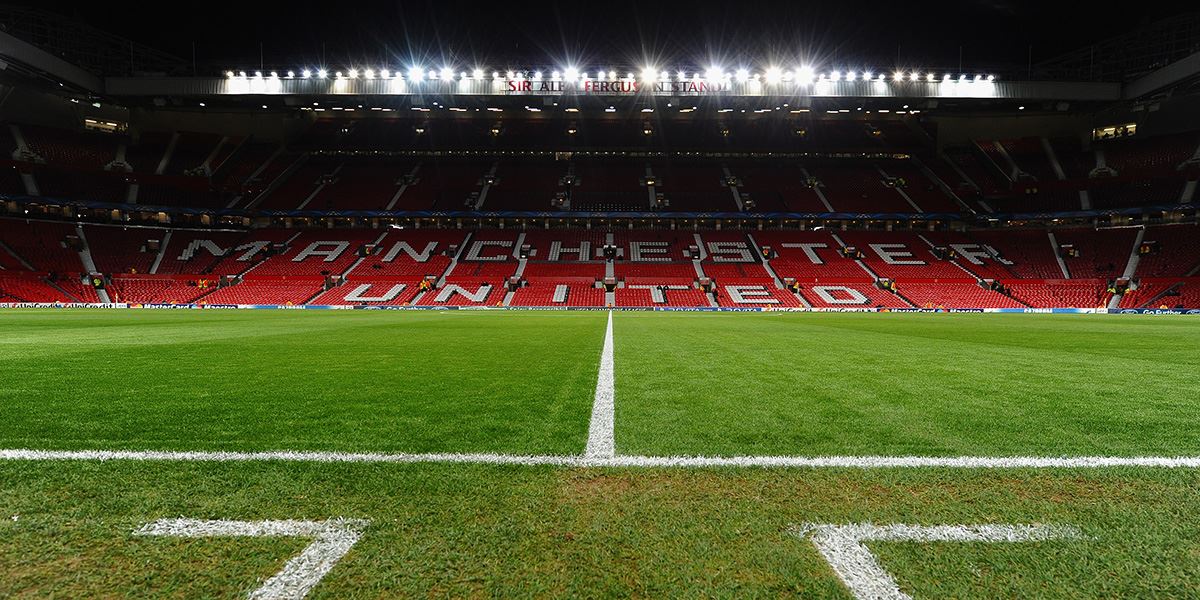 The Stadium of Light was built in the mid 1990s to replace Sunderland’s old stadium, Roker Park, which could not be expanded or modernised. The stadium was named by chairman Bob Murray to reflect the coal mining heritage of the North East and the former Monkwearmouth Colliery site on which it stands.

Although Highbury was one of the most famous football stadiums in the world, Arsenal realised that in order to be able to compete with the elite clubs in Europe they needed to design a larger stadium to increase capacity and revenue. Enter the award-winning Emirates Stadium. Today, Arsenal continues their legacy of 13 League titles, a record 13 FA Cups, 2 League Cups, 15 FA Community Shields, 1 League Centenary Trophy, 1 UEFA Cup Winners’ Cup and 1 Inter-Cities in this outstanding stadium. 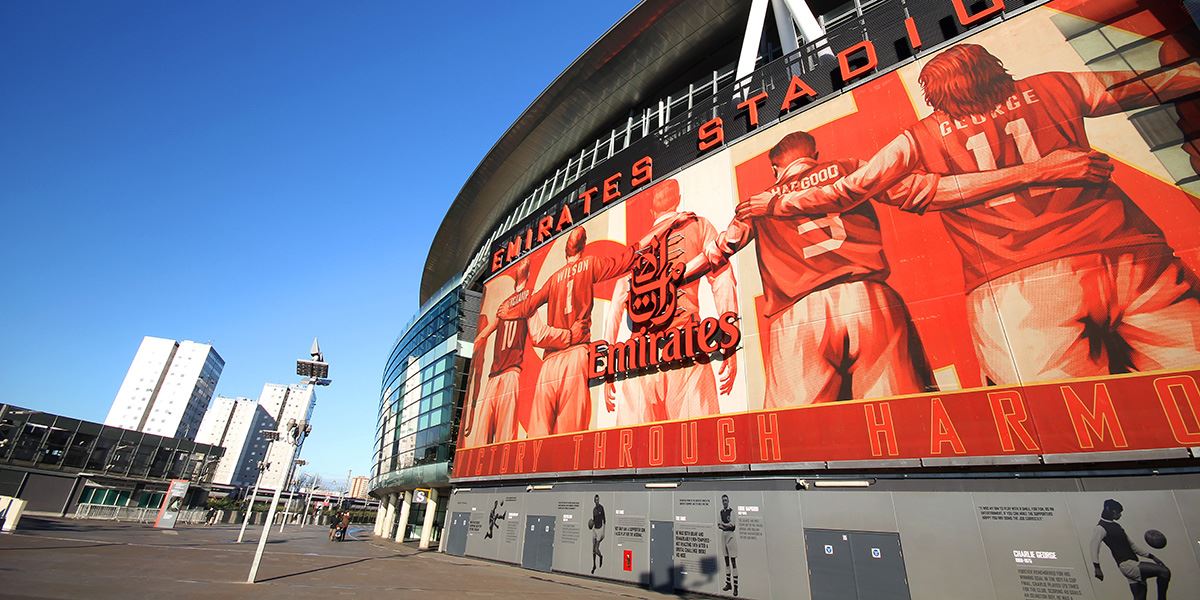 The gates of the Riverside Stadium opened for business on August 25 1995 when Boro took on Chelsea in the opening weekend in Premier League history. Craig Hignett scored the first goal at the new ground after 39 minutes, a 2-0 victory assured when Jan Aage Fjortoft added a second in the 76th minute.

Location: Middlesbrough
Home to: Middlesbrough FC
Capacity: 34,742
Opened: 1995
Getting there: Middlesbrough Railway Station is located on Albert Road which is a 10 to 15 minutes’ walk from the Riverside Stadium
Other notable events: National Premier League, Take That 2019
Pubs nearby: The Six Medals, The Nuthatch, The Isaac Wilson 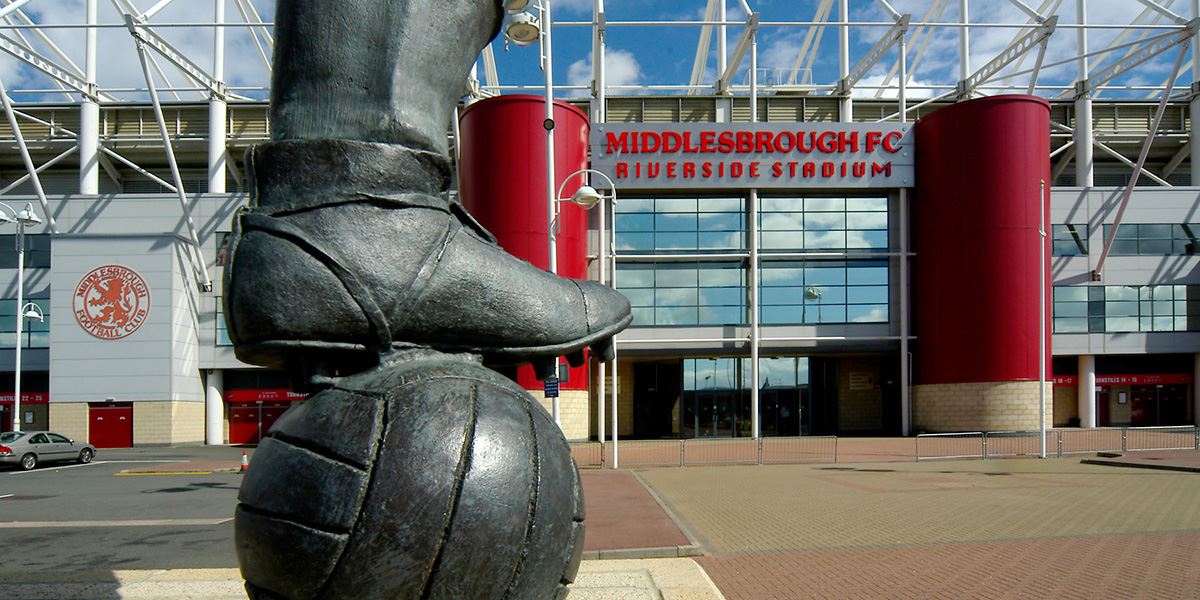 After an emotional farewell to White Hart Lane at the end of the 2016/17 season, Tottenham Hotspur will now play their home games in this stadium. Spurs celebrated the opening of their new home on 3rd April 2019. Capacity at this brand new venue is 62,062 with nine floors and only five metres from the first line of seats to the goal.

Location: London
Home to: Tottenham Hotspur FC
Capacity: 62,062
Opened: 2019
Getting there: Travel by bus to the venue, with four stations and up to 144 buses an hour serving the stadium area or take the overground to White Hart Lane
Pubs nearby: The Bricklayers, The Blue Bar, The Antwerp Arms

Anfield was built in 1884, but got initially rented by Everton FC. In 1891 the newly-founded Liverpool moved into the grounds. Anfield underwent developments in the late 19th and early 20th century, including the construction of a new main stand designed by Archibal Leitch in 1895 and a decade later the construction of the famous Spion Kop.

Location: Liverpool
Home to: Liverpool FC
Capacity: 54,074
Opened: 1884
Getting there: Bus via Liverpool City Centre, take the 26 from Liverpool ONE bus station, 17 from Queen Square Bus Station or the 917 from St Johns Lane, directly to the ground
Other notable events: Euro 1996, P!NK – Beautiful Trauma World Tour 2019
Pubs nearby: The Park, Oakfield Pub, The Albert Pub 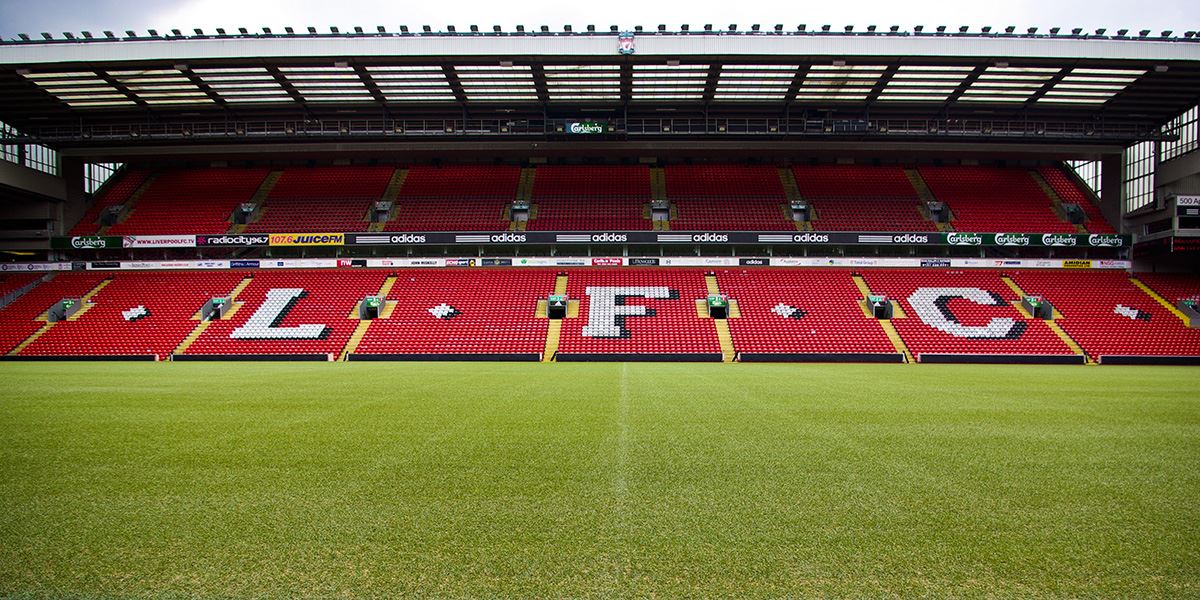 The Etihad Stadium, also known as Eastlands, was originally built for the 2002 Commonwealth Games. After the games, the stadium was converted into a football stadium to provide Manchester City with a modern replacement for their former home at Maine Road and they moved in at the start of the 2003-2004 season. Now expanded to a capacity of over 55,000 it has become one of the best stadiums in the country, not only in terms of size but also in its outstanding facilities. 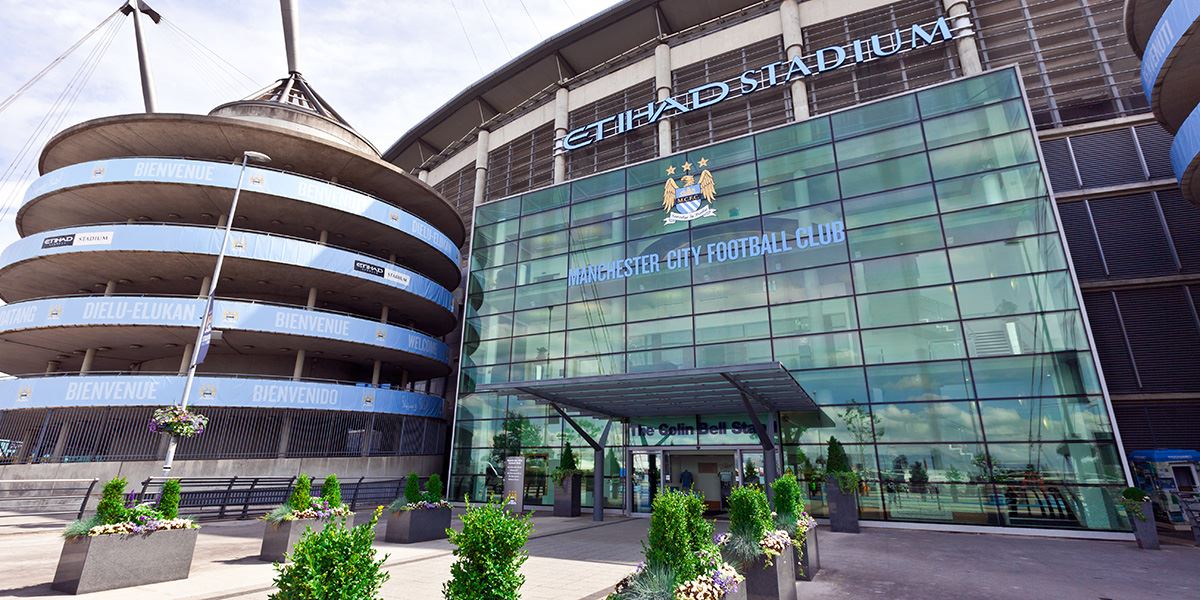 In the late 19th century, what is now Villa Park was part of a pleasure ground that consisted of a football and cricket pitch, athletics track and a small grandstand. At the time Aston Villa played at the Perry Barr ground, until 1897 when they moved to the bigger and better Villa Park in 1897. Villa Park remains their home to this day, although it has undergone various changes and developments over the years.

Location: Birmingham
Home to: Aston Villa FC
Capacity: 42,785
Opened: 1897
Getting there: The two nearest train stations to Villa Park are Witton and Aston
Other notable events: The Big Villa Sleep Out
Pubs nearby: The Holte, The Aston Tavern, The Bartons Arms 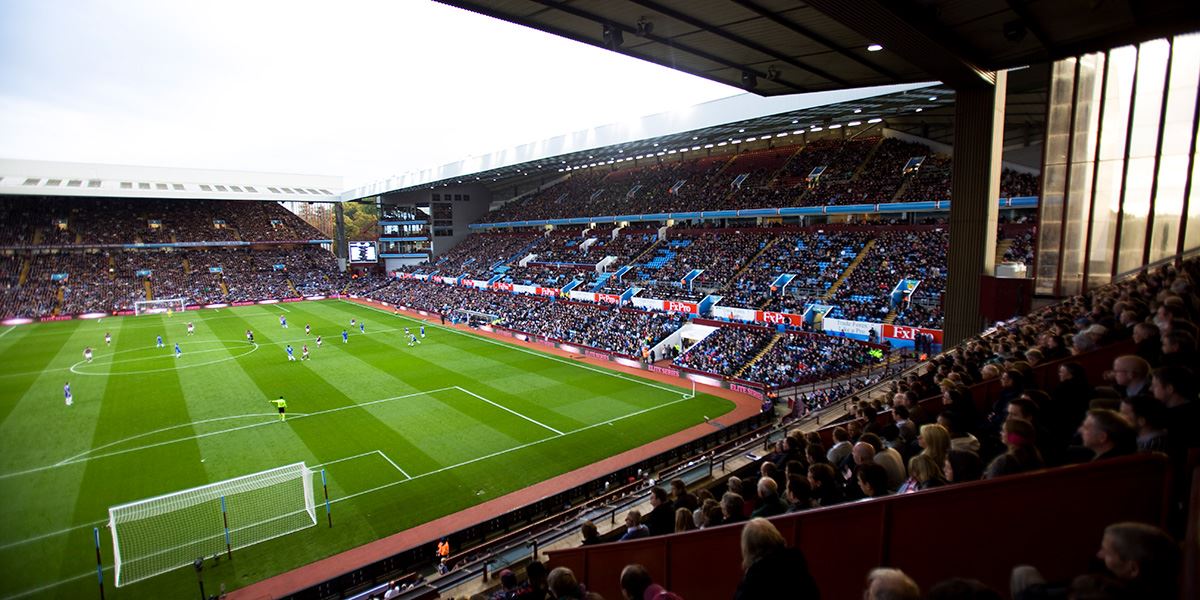 In August 2002, Leicester City FC moved into its new home, only a short distance away from their old Filbert Street ground. Previously called the Walkers Stadium, it was renamed the King Power Stadium in 2011. It has four stands that each join in an enclosed design. The away supporters are situated in the corner between the North and East stand.

London Stadium is a multi-purpose outdoor stadium at Queen Elizabeth Olympic Park in the Stratford district of London. It was constructed for the 2012 Summer Olympics and 2012 Summer Paralympics, designed as the track and field venue, and as the site of their spectacular opening and closing ceremonies. 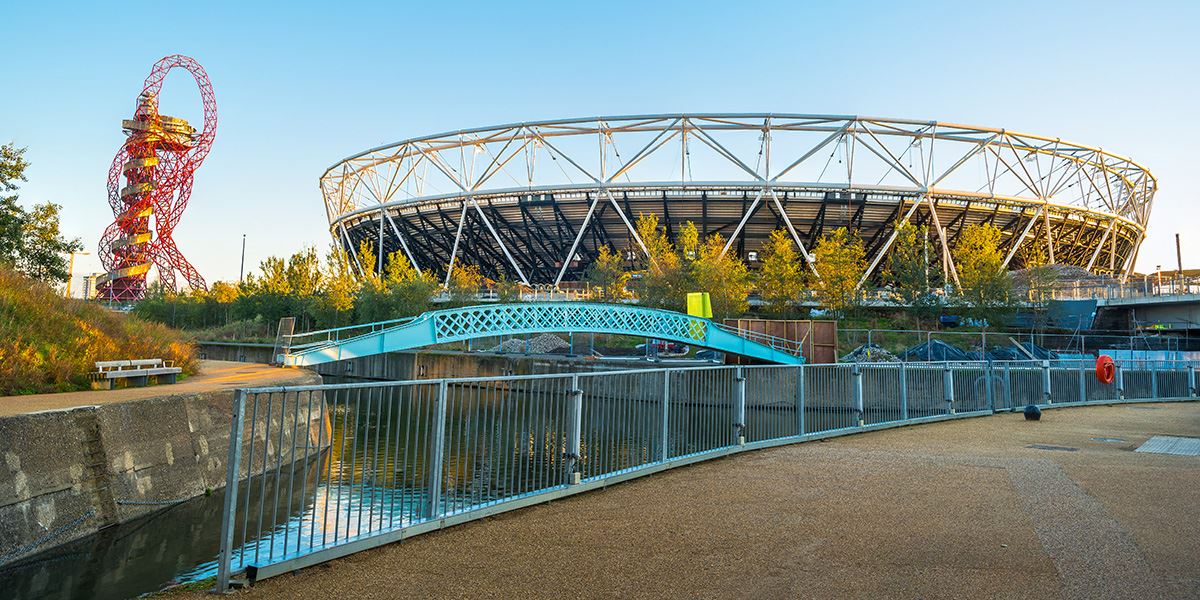 Sheffield Wednesday took up residence at the Hillsborough Stadium in 1899. The stadium was the scene of a stadium disaster that cost the lives of 96 Liverpool fans. Known as the Hillsborough disaster, the fans were involved in a fatal crush resulting in 96 fatalities and 766 injuries.

Where: Sheffield
Home to: Sheffield Wednesday FC
Capacity: 39,732
Opened: 1899
Getting there: The two nearest train stations to Villa Park are Witton and Aston
Other notable events: The Big Villa Sleep Out
Pubs nearby: The Hillsborough Tap, Old Crown Inn, The Rawson Spring 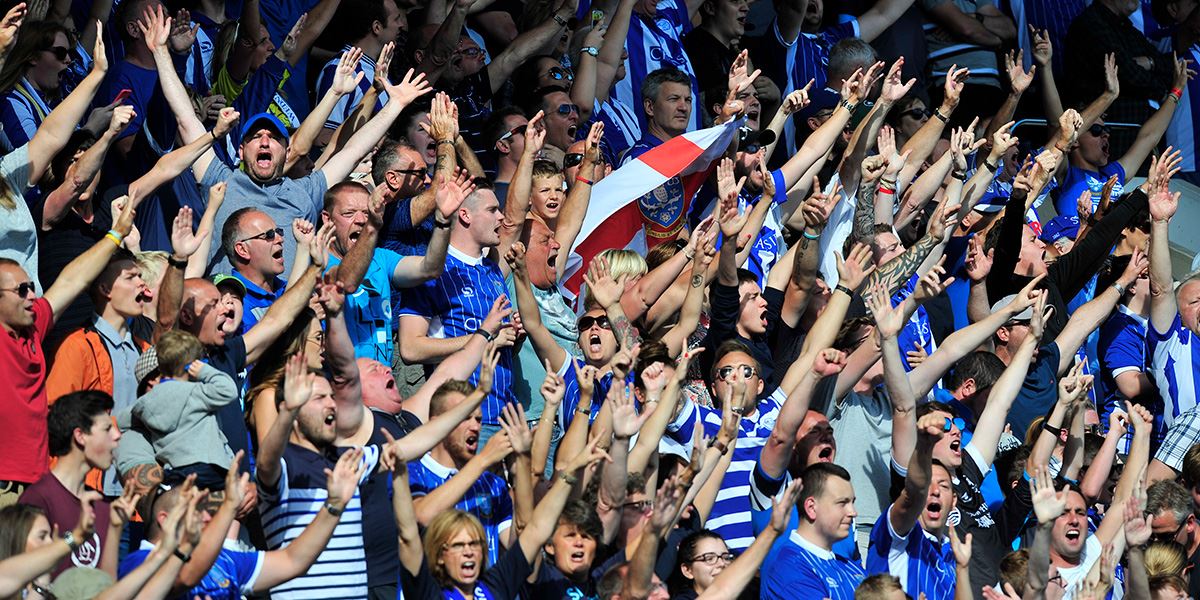 The Ibrox Stadium is located on the south side of the River Clyde, in the Ibrox district of Glasgow. Home to Rangers FC, it’s the third largest football stadium in Scotland. Ibrox was initially oval-shaped, had a track circling the pitch, and mainly consisted of wooden scaffold type terraces. The first match played at the stadium was a match against Hearts on the 30 December 1899. 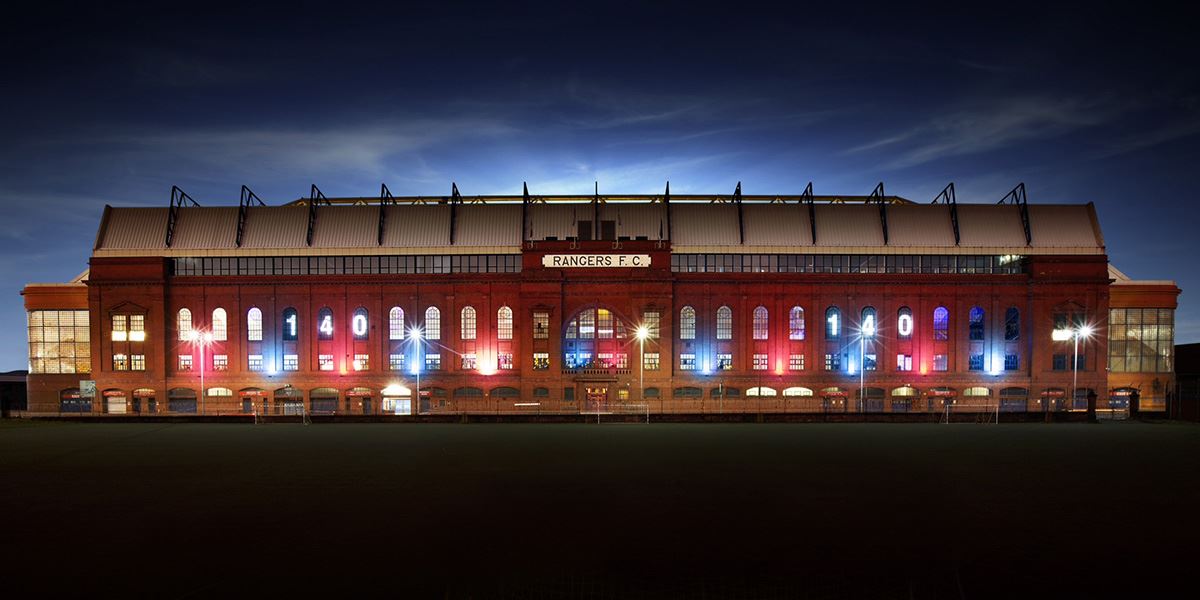 Location: Southampton
Home to: Southampton FC
Capacity: 32,505
Opened: 2000
Getting there: Southampton is served by Southampton Central railway station, which is approximately a mile from the stadium – roughly a 20-minute walk
Other notable events: Rugby League
Pubs nearby: The Chapel Inn, The Joiners, Kingsland Tavern