Cornwall’s calendar is crammed full of fabulous events. Whether you’re into festivals, theatre or live music, you can’t fail to be entertained in this creative county.

A crop of festivals highlighting the unique Cornish lifestyle include the Rock Oyster Festival, which takes place on the banks of the Camel Estuary, and the new Porthilly Spirit festival, which celebrates food, music and wellbeing. One of Cornwall’s biggest music festivals is Boardmasters, which attracts music fans to the spectacular setting of Watergate Bay near Newquay.

Many towns across the county throw unique street festivals showcasing the art, music and heritage of the region. Padstow’s Mayday’s Obby Oss festival is steeped in Celtic tradition. The day unfolds with flowers, flags, drums and singing, as a procession winds around the town. 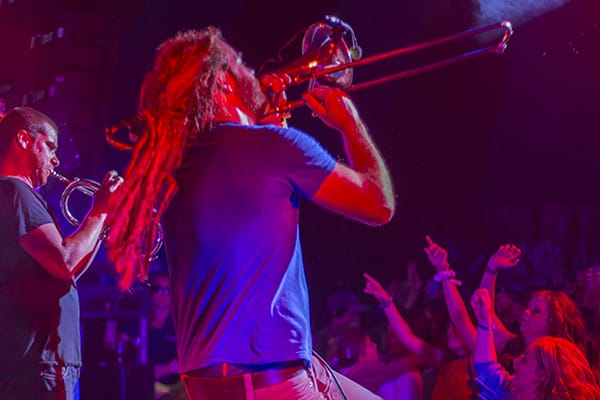 See electrifying performances at the Rock Oyster Festival at Wadebridge 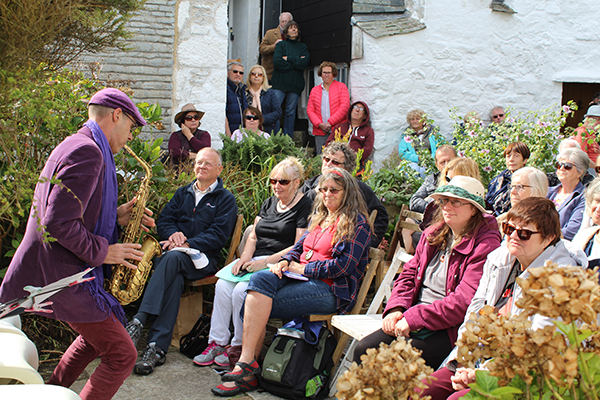 Also taking place in the spring is Helston’s Flora Day, which sees thousands of people dance through the town’s streets to celebrate the coming of summer. The Creative Scilly festival, meanwhile, showcases a mix of local and national artists, writers, and musicians.

A crop of festivals highlighting the unique Cornish lifestyle include the Rock Oyster Festival, which takes place on the banks of the Camel Estuary

In June, The Polperro Festival of Music & Arts celebrates the arrival of summer, while Falmouth’s three-day Arts Alive festival shines a light on the creative culture of this harbour town. In the same month, Falmouth’s International Sea Shanty Festival plays host to shanty performances throughout the town.

Meanwhile, Looe Live!, in September, is a three-day street party celebrating music and arts over many venues throughout this historic town. The St Ives September Festival is a two-week spread of theatre productions, art exhibitions, literary events and live music, celebrating the region’s creativity.

Despite the unpredictable Cornish weather, open-air theatre has become a huge phenomenon here. Best known is the Minack Theatre, an amphitheatre carved into the cliffs at Porthcurno. The life’s work of Rowena Cade, the Minack opened in 1932 with a production of Shakespeare’s The Tempest, and at least one Shakespeare classic features in the annual programme of plays and music. The Cornish weather, the spectacular ocean backdrop, and sometimes even passing dolphins, play their part.

Head to the natural amphitheatre of Sterts Theatre on the edge of Bodmin Moor where the performance area is covered by a giant tent canopy, so you’ll be dry whatever the weather throws at you. During autumn and winter, many of the performances are moved into the more intimate and cosier Sterts Studio. 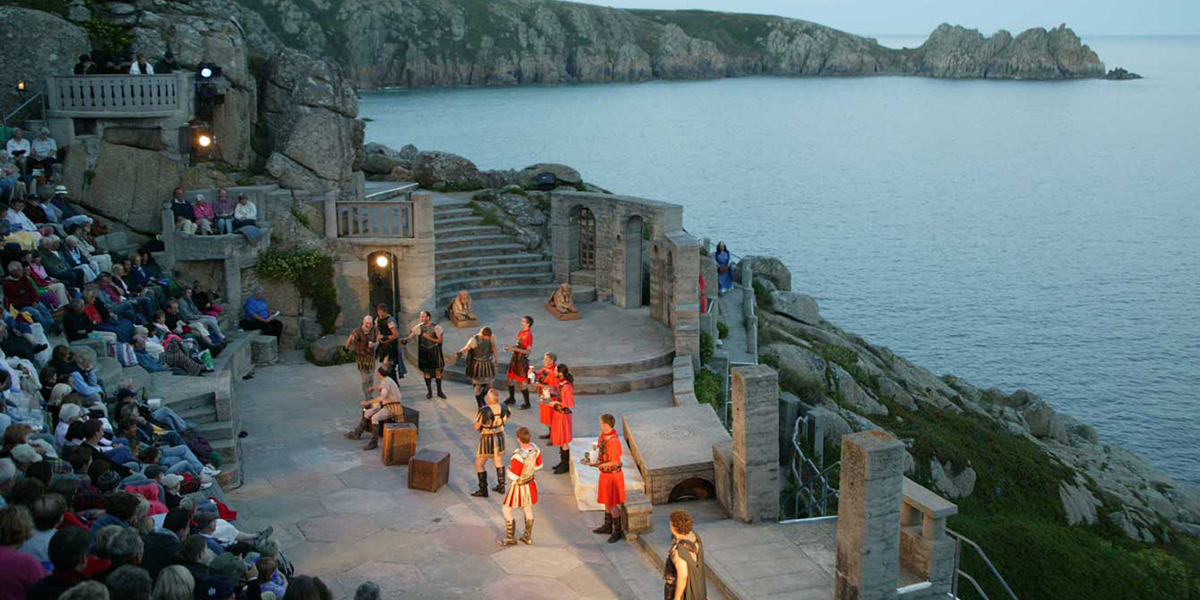 Nothing beats theatre that embraces the Cornish weather in all its wildness. Which is perhaps why the award-winning Rogue Theatre’s productions in the Tehidy Woods are so popular. From the Wild Woodland Summer Ball to the spooky Dead of the Night Dance and festive Winter Wood, each performance takes you on an immersive experience through enchanting woodland.

Minack Theatre is an amphitheatre carved into the cliffs at Porthcurno. The Minack opened in 1932 with a production of Shakespeare’s The Tempest

You don’t have to take a punt on the Cornish weather to catch the best of the region’s performing arts, however. Catch regular dance, theatre and music at The Acorn in Penzance, watch international headliners at the Eden Sessions, enjoy world-class musicals and rock concerts at the Hall for Cornwall in Truro or take a pew in the city’s awe-inspiring cathedral for a classical concert or festive carols.

The best sport in Cornwall

Immerse yourself in inspiring art and literature in Cornwall

History and heritage of Cornwall