Travel to and around Birmingham and the Black Country with ease with a number of different options.

Birmingham International Airport welcomes more than 50 airlines from more than 100 destinations. Plus, with Coventry Airport just a few minutes down the road, you’ve got even more flexibility.

All roads lead to Birmingham – well almost. It’s certainly an easy place for everyone to drive to. Set at the heart of the UK motorway network, it’s linked by the M5, M6, M40 and M42 while the A34 and A38 further add to your options.

The addition of the M6toll Road adds another choice (while also helping to keep through traffic away from the area to free up roads). Once here, we’ve 25,000 city centre parking spaces within easy reach.

As Birmingham is so well linked by road, it’s obviously easy to reach by coach. So it’s no surprise that plenty of operators offer great value and great service right to the city centre. For example, National Express links Birmingham to 500 locations in Europe and 1,200 destinations in Mainland Britain. There’s an hourly service from London Victoria and great links to many airports; Heathrow, Gatwick, East Midlands, Stansted and Luton for example.

Three city centre stations provide great connections to destinations near or far. New Street Station is at the hub of the national rail network, while Snow Hill and Moor Street stations extend your options. All are well served by bus or parking facilities. Birmingham International Railway Station sits right alongside the airport; providing a link direct to the city centre for air passengers. Once you’re in Birmingham there are eight local rail lines which criss-cross the city to ensure quick links to all attractions and venues (as well as other UK cities and towns). Midland Metro is a state-of-the-art light rail system whisks passengers between Snow Hill Station in Birmingham city centre and Wolverhampton. 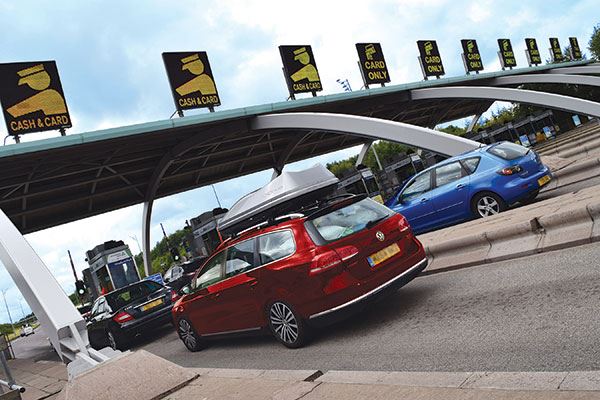 The M6toll is a free-flowing route in and around Birmingham 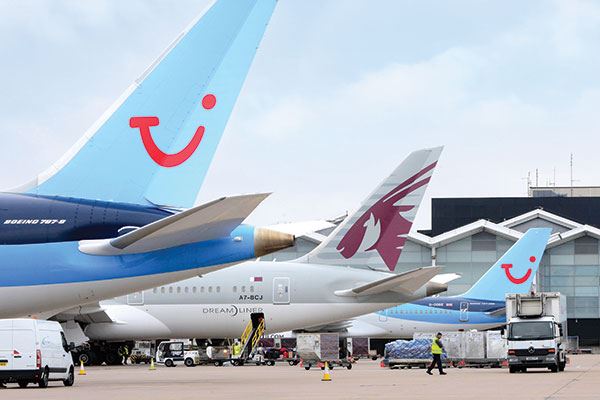 Birmingham is brilliant for buses. Centro has all the online timetables and fare information you need with easy ticket buying and route planning. Birmingham buses cannot be hailed to be stopped; passengers wishing to board or leave a bus, should do so at an official bus stop. You need to give the exact fare to the driver as you board but there’s also a cashless way to travel by loading credit to your card.

Birmingham’s well-regulated taxis are especially convenient for those with heavy luggage or returning late from a night out. Black cabs can be hailed in the street or reached at one of the many taxi ranks in the city centre; the main ones are at New Street Station, Stephenson Street and Digbeth Coach Station. Private hire cars should always be pre-booked and an estimate of the fare secured beforehand.

A leisurely stroll is a great way to discover Birmingham. There’s so much to see. The city is full of open and inviting pedestrianised areas.

Birmingham canals are the way to travel. With a top speed of three miles per hour, longboats aren’t the fastest way to explore the area. Head for Gas Street Basin near Brindleyplace. It’s the heartbeat of the busy network; the turning point for narrowboats using the Grand Union, Stratford-upon-Avon and Worcester and Birmingham Canals.

Birmingham’s well-regulated taxis are especially convenient for those with heavy luggage or returning late from a night out. Black cabs can be hailed in the street or reached at one of the many taxi ranks in the city centre

Getting to and around the Black Country

Served by West Midlands Trains, CrossCountry, Virgin Trains and Arriva Trains Wales, the main rail station is situated in Wolverhampton, a direct line from Birmingham New Street also calling at Sandwell & Dudley, Dudley Port, Tipton and Coseley. Should you wish to travel to Stourbridge, then your departure point will be either Birmingham Moor Street or Birmingham Snow Hill.

Just a few minutes walk from Wolverhampton Station at St George’s is the Midland Metro, a light-rail/tram service that links to Birmingham city centre at Snow Hill by way of Bilston, Wednesbury, West Bromwich, the Hawthorns and the Jewellery Quarter.

The Black Country has good road access, especially being served by the M6 and M5. However, congestion on both is frequent and there are plans for a bypass, currently tagged as the ‘Western Strategic Route’, which would connect the M5 Junction 4a at Bromsgrove with Junction 2 of the M54, near the i54 business park, thereby reducing traffic on parts of the M6 and M5 by one fifth.

There is also the Black Country Route, the A454, which runs from Junction 10 of the M6 through Bilston and connects with the Birmingham New Road which runs to Dudley, and has assorted sculptures en route, while there’s also a spur, the Black Country New Road running via Wednesbury to West Bromwich. 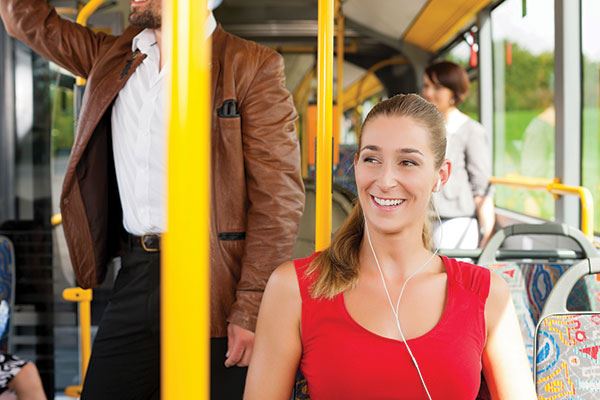 Birmingham and the Black Country is well served by public transport 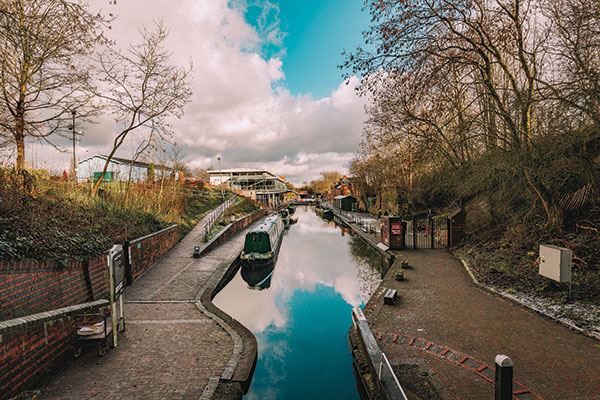 By bus and coach

Coaches or buses run from Birmingham Bus Station to termini in Wolverhampton, Dudley and Walsall and if you’re spending time and want to explore the region you can purchase a one week saver from Network West Midlands, available from one of the many travel centres, which allows unlimited all day travel. If you’re travelling on a ticket purchased on the bus, remember you will need the correct change.

Black Country Tours also run a wide range of bus tours, including the Real Ale Monster Tour, though these are usually for a party of 30 or more.

As anywhere, taxis are a readily available means of transport with Uber now also operating in Wolverhampton, Dudley and Walsall.

As the Black Country is famed for its canals, taking a leisurely ride on one of the longboat trips on offer is a relaxing way to explore. From April through October Dudley Canal Trips offer a six-hour trip through the heart of the region starting at the Black Country Living Museum and taking in tunnels at Dudley and Netherton as well as two locks.