There’s loads of family fun to be had in Birmingham. Wow the kids at a chocolate factory, scream your heart out at a theme park or meet fabulous beasts up close at the local zoo or aquarium. Not enough for you? There are also museums, parks and gardens to keep you happy.

Charlie and the Chocolate Factory fans will love a visit to Cadbury World, in Bournville. You’ll get the lowdown on cocoa and chocolate production, but the real chocolate factory magic comes from seeing chocolate-making machines in action and visiting the chocolate making (and testing) zone! Use all that sugar rush energy to explore surrounding Bournville when you’re done. This charming village was built by the Cadbury family to house early 20th-century factory workers

If you’re a big kid, you’ll want to visit the LEGOLAND Discovery Centre at Arena Birmingham. It features a 4D Lego cinema, creative Lego building workshops, a Miniland (built with more than 1.5 million bricks) and the tot-friendly Kingdom Quest ride. 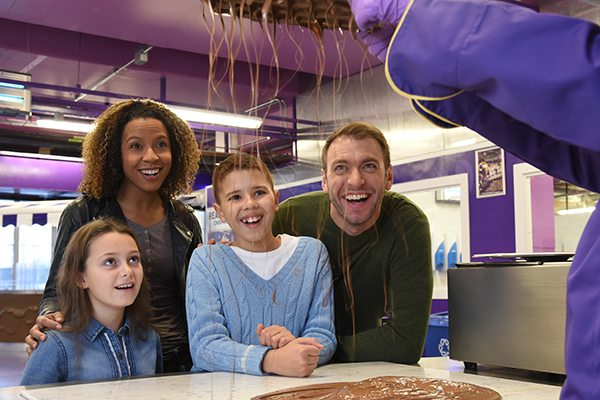 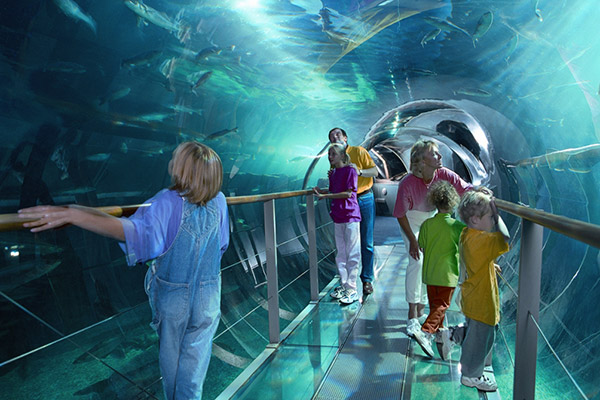 Get down to Brindleyplace for a day at The National Sea Life Centre – one of the West Midlands’ best-loved days out. The fascinating marine life includes giant turtles, seahorses, blacktip reef sharks and nurse sharks. Penguin Ice Adventure hosts a colony of Gentoo penguins, while Octopus Hideout is home to Beverley, a Giant Pacific octopus, one of the smartest sea creatures in the animal kingdom.

Flora and fauna devotees will find much to explore amid the tranquillity of the Birmingham Botanical Gardens in Edgbaston. Founded in 1829, the gardens are renowned for their Tropical House, which was built in 1852 to house the famous tropical water lily, Victoria amazonica. There’s much more besides, including cactus gardens, a woodland walk and a butterfly house. 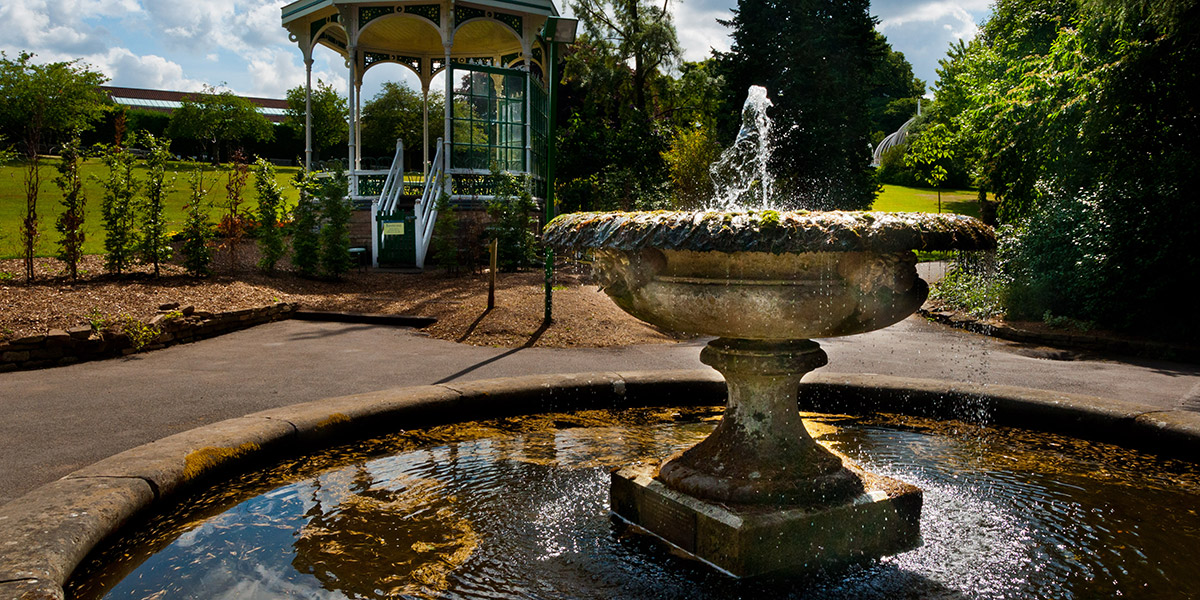 Fountain at the Birmingham Botanical Gardens

The industrial past, present and future come together at the state-of-the-art Thinktank, an innovative science museum and digital planetarium at Millennium Point. Themed galleries take visitors on a fascinating technological journey from the early days of steam engines to mankind’s ventures into space. 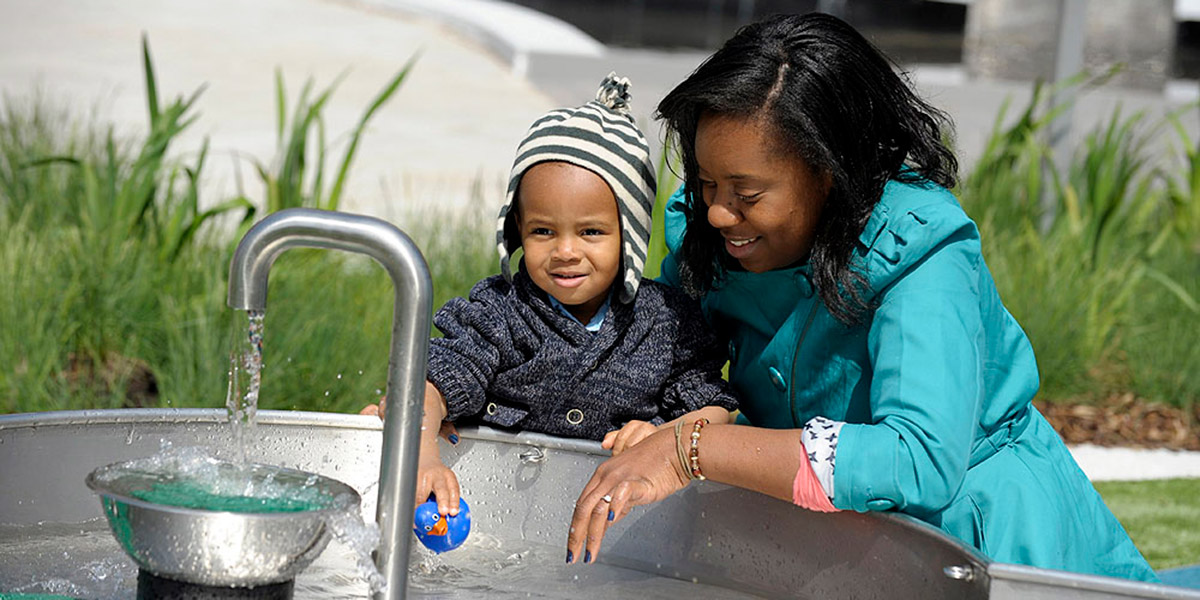 We Made It features more than 20 interactive manufacturing-themed exhibits demonstrating how Birmingham became known as ‘the workshop of the world’. In the Marine Worlds Gallery, you can discover prehistoric marine crocodiles. The Thinktank Ichthyosaur is an almost 200-million-year-old giant sea monster from the time of the dinosaurs. Finally, young kids will love MiniBrum, a major new interactive gallery for under eights, where the children are in charge!

Adjoining Millennium Point is Eastside City Park. This is Birmingham’s first new city centre park in 130 years and the largest single piece of public land in Birmingham City Centre, featuring 310 trees, lawns, public squares and a canal feature. The park also includes a Science Garden with 14 interactive science exhibits designed for children aged seven and under and their families.

Further afield, experience the ultimate family day out at Drayton Manor Theme Park, a sprawling space including rides, amusements and a zoo. Scream your heart out on adrenalin-pumping roller coasters or take younger ones to Thomas Land, where they can meet all their favourites from the Thomas the Tank Engine series. 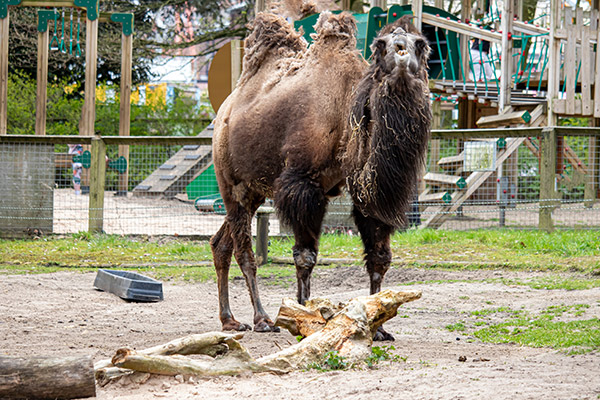 See the Camels at Dudley Zoo 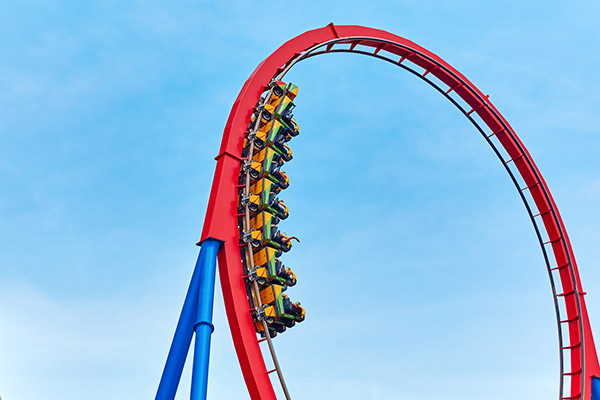 Get the adrenaline pumping on a trip to Birmingham

Travel into nearby Dudley and you’ll find Dudley Zoo and Castle, one of the country’s leading centres for the conservation of endangered species. Among them are Asiatic lions, Sumatran tigers, Bornean orangutans, Tibetan red pandas, Rothschild giraffes and the UK’s largest parent-reared colony of Humboldt penguins.