Travel to and around Conwy with ease with a number of different options.

Travelling by road from the south of Wales, the A470 is the most direct route into Llandudno. It eventually joins the A55 Expressway which runs along the beautiful North Wales coast and westwards into Conwy. This is the road to take for those travelling by car when they get into Wales from the north of England too. There are excellent road links from mid and southern England via the M5, M6 and M1.

Conwy’s train station is conveniently located inside the town walls within a five-minute walk from some of its most famous landmarks, including Conwy Castle. Travelling from London is often quickest from Euston Station. The total journey takes around three and a quarter hours with a connection in between, often at Crewe. It’s a little longer from the same station to Llandudno, though a change takes place at Llandudno Junction. From Cardiff the ride is between four and five hours depending which route is taken, and there is a convenient direct train to Llandudno Junction. Travelling in from the north usually requires a change at Chester – including from Manchester and Liverpool. Other coastal railway stations include Colwyn Bay, Penmaenmawr and Llanfairfechan.

Getting into Conwy county via coach is a great option, with the National Express services operating journeys into Llandudno from most major towns and cities across the UK, albeit with a change or two along the way. An Arriva Bus runs from Conwy Railway Station through to Llandudno, Rhos on Sea and Colwyn Bay. Take the number 14 and 15 for this service. 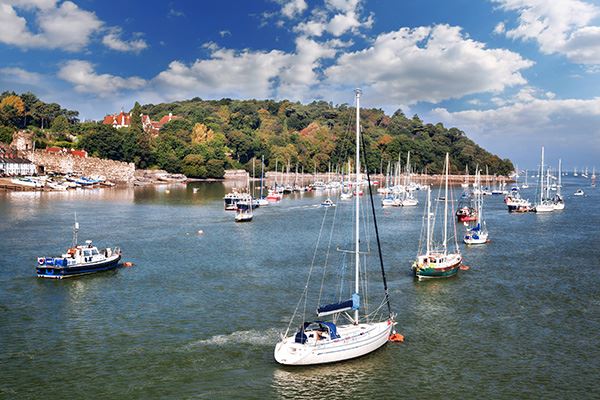 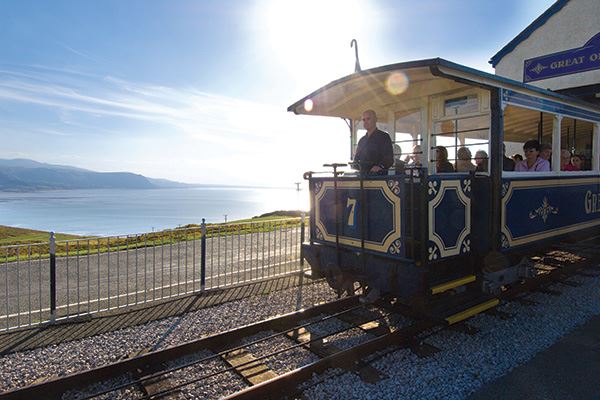 Irish Ferries and Stena Line run regular high-speed trips to Holyhead from Dublin. From Holyhead, the eastward A55 Expressway takes drivers on the 45-minute car trip to Conwy. On the train, from Holyhead station, visitors can go direct to Llandudno Junction. Trips run every 40 minutes and the journey takes roughly 45 minutes. From the major port of Dover, a South Eastern service train can be taken into London, where a connection at London Euston is the most direct rail option.

Conveniently, getting to Conwy and Llandudno by air is made relatively simple by the two large nearby Manchester and Liverpool airports. Getting to Conwy and Llandudno from Manchester by rail, via the relevant connections, takes around an hour and 45 minutes. From Liverpool, it’s close to two hours. From either airport, travelling by road is quick and easy thanks to the A55 Expressway. The journey can be as quick as an hour and 15 minutes and an hour and 45 minutes from Manchester and Liverpool respectively.

Visitors can purchase a ticket on the hop-on hop-off tour bus service which gives passengers 24 hours of travel. There are ten stops in total along the route which makes it easy to travel to the biggest sights, including Llandudno Pier, the Great Orme Tramway and Conwy Castle. It runs every half hour during the daytime from March to late October.