It’s Dorset’s beautiful countryside that draws people back here again and again, so pull on some walking shoes and get exploring those hillsides, hiking paths and coastline.

The 86 miles of stunning coastline running from Lyme Regis to Poole Harbour is England’s first natural UNESCO World Heritage site, known as the Jurassic Coast. With more than 185 million years of history on display, the coastline spans three time periods – the Triassic, Jurassic and Cretaceous periods. You’ll find several coves that are fantastic for rock pooling and fossil hunting, and special fossil tours are available in Lyme Regis and Charmouth. 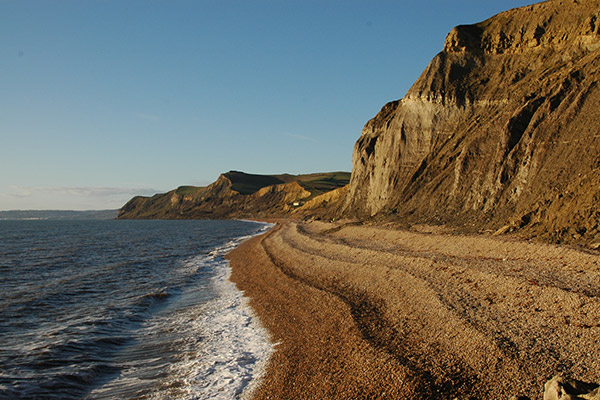 Have a walk along the beautiful Jurassic Coast 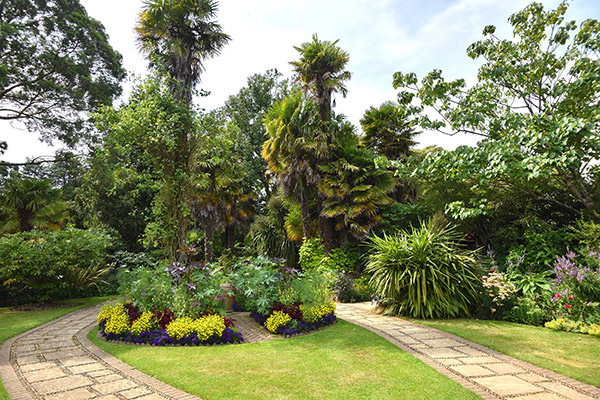 To get acquainted with this area on foot, follow the South West Coast Path, which links coastal villages and towns such as West Bay, Lulworth Cove and Swanage. Not feeling energetic? Another fantastic way to get around is on the Jurassic Coaster buses, which run the full length of the coast every two hours in the summer. Alternatively, you could try one of Jurassic Safari’s offroad Landcruiser trips.

The attractive village of Abbotsbury offers subtropical 18th-century gardens, a 600-year-old swannery and a hilltop chapel. On rainy days, seek out some fossil facts at the Dinosaurland Fossil Museum in Lyme Regis, which holds a stunning collection of ammonites.

The county’s golden sands and pebbled coves are some of the best beaches in the UK, from quiet Southbourne to trendy Sandbanks to the wonderful natural limestone arch of Durdle Door. Thousands flock to these beaches during the summer months but in late spring they’re sparse, with only a few locals hitting the sand during the warm, midweek days. 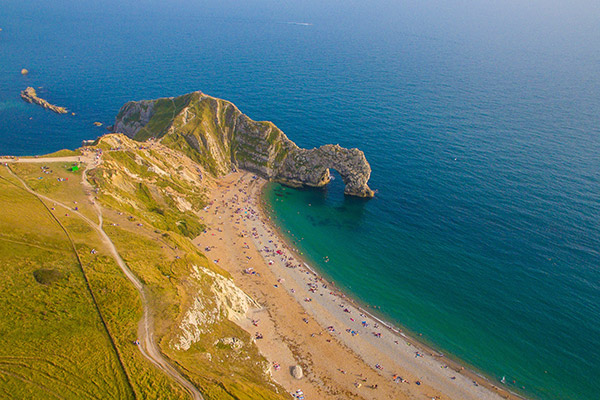 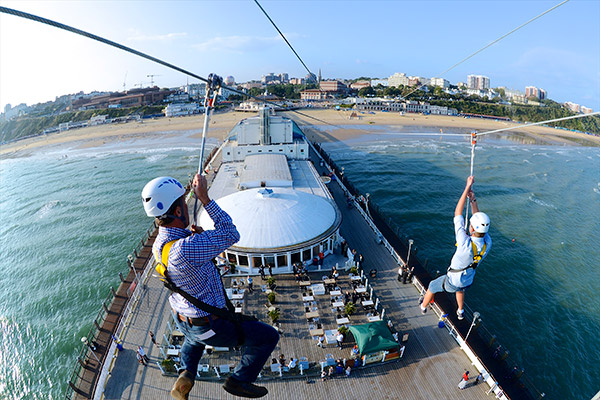 Lifeguard stations at Bournemouth offer safety for families looking to enjoy a dip in the water. A great addition is PierZip, the world’s first pier to shore zip wire, which sees adventurous types leap from a 60ft launch tower at the end of the pier and fly 820ft over the waves back to the beach. Weymouth Beach is another lovely sandy stretch, featuring donkey rides and Punch and Judy.

The beautiful sandy beach of Sandbanks draws thousands of tourists every year and is known throughout the world for its exclusive atmosphere and glamorous homes. The peninsula itself covers less than half a square mile but includes some of the county’s most expensive real estate.

Poole’s natural harbour is one of the largest in Europe and comprises nine islands, including Brownsea. This National Trust attraction is perfect throughout the year and is only accessible by boat, with several tour operators offering ferry services from Poole Quay or Sandbanks. 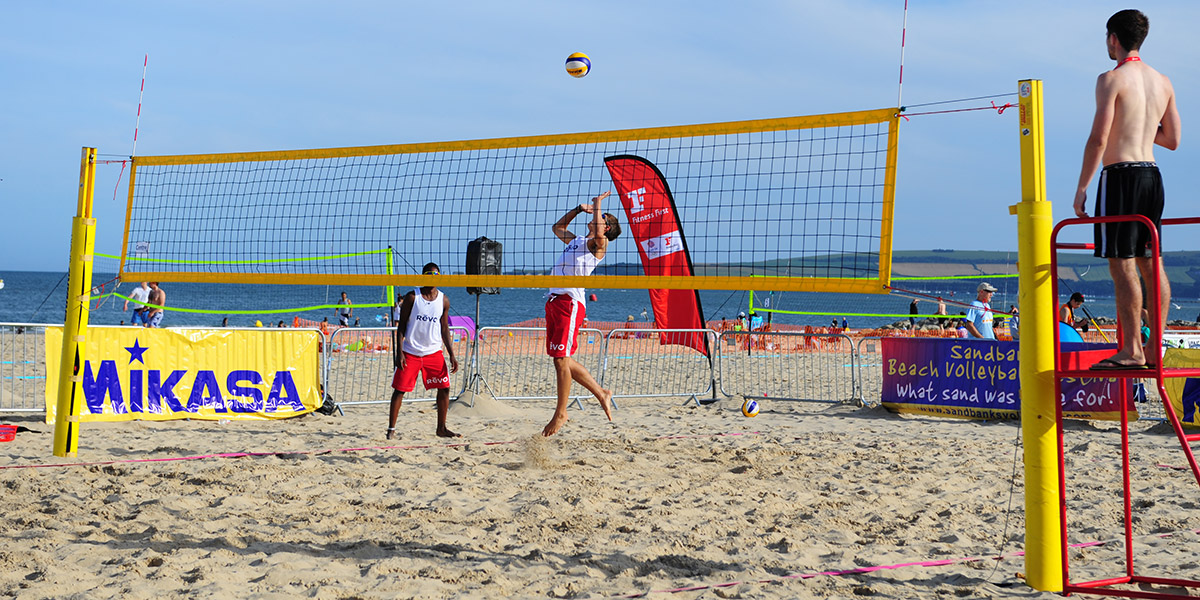 Play volleyball on the beach at Sandbanks

Once on the island, it becomes clear why Robert Baden-Powell used it for his first experimental Scout encampment in 1907: you feel as if you’ve truly escaped the pressures of the ordinary world. Make an adventure of the day and find hidden beaches, rock pools and forest dens. Stop at the café on the way out and enjoy a fabulous cream tea overlooking the mainland.

Just outside Wareham is the 65-acre Monkey World, home to rescued and endangered primates from all around the globe. They run daily keeper talks and presentations which provide a fascinating insight into the life of the park’s inhabitants. At the Great Ape Adventure Play Area children can make like the monkeys and swing and run across all kinds of playground equipment.

Nature lovers should also head to Brownsea Island in Poole Harbour, which shelters sika deer and an indigenous population of red squirrels. Also on the harbour, RSPB Arne is home to spoonbills, nightjars and Dartford warblers.

With its relatively warm climate, the south coast is a hotspot for wine production, with many English vineyards picking up top international awards, including for English sparkling wine. Fantastic Dorset vineyards include the Furleigh Estate and English Oak, both of which offer tours and tastings. 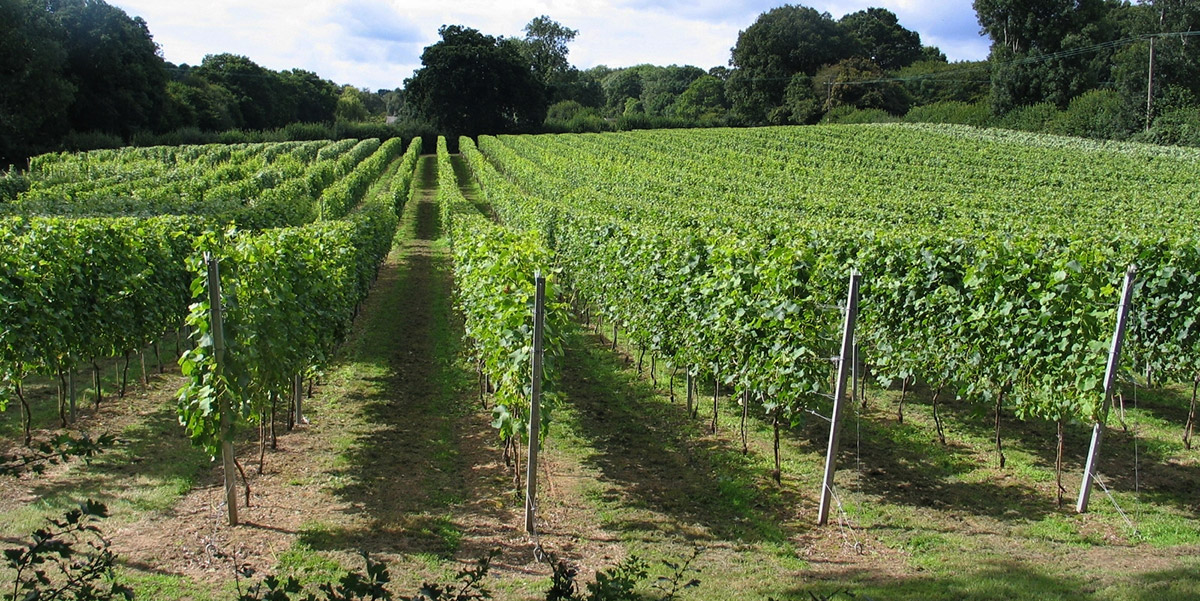 History and heritage of Dorset