You have to go way, way back in time to begin appreciating the history of Cumbria and the Lake District. The county is defined by its rugged mountains, deep lakes and scattering of tarns and this unmistakable landscape began taking shape about 500 million years ago. Then, the rocks of today’s national park were situated south of the equator and probably rivalled the Himalayas in height.

A comparatively recent two million years ago, glaciers moved across most of mainland Britain, carving deep valleys that later filled with melting water and rain. Because Cumbria’s mountains formed from volcanic rock, which holds water in place, the Lake District was created and its stunning beauty attracts admirers from across the world to this day.

The first evidence of human occupation in Cumbria was found at Kirkhead Cave, near what is now Grange-over-Sands, dating from about 11000BC. During the Mesolithic era (9600-4000BC) the climate warmed and people settled along the fertile coast, while impressive monuments like Castlerigg stone circle date from the Neolithic age (4500-2350BC). 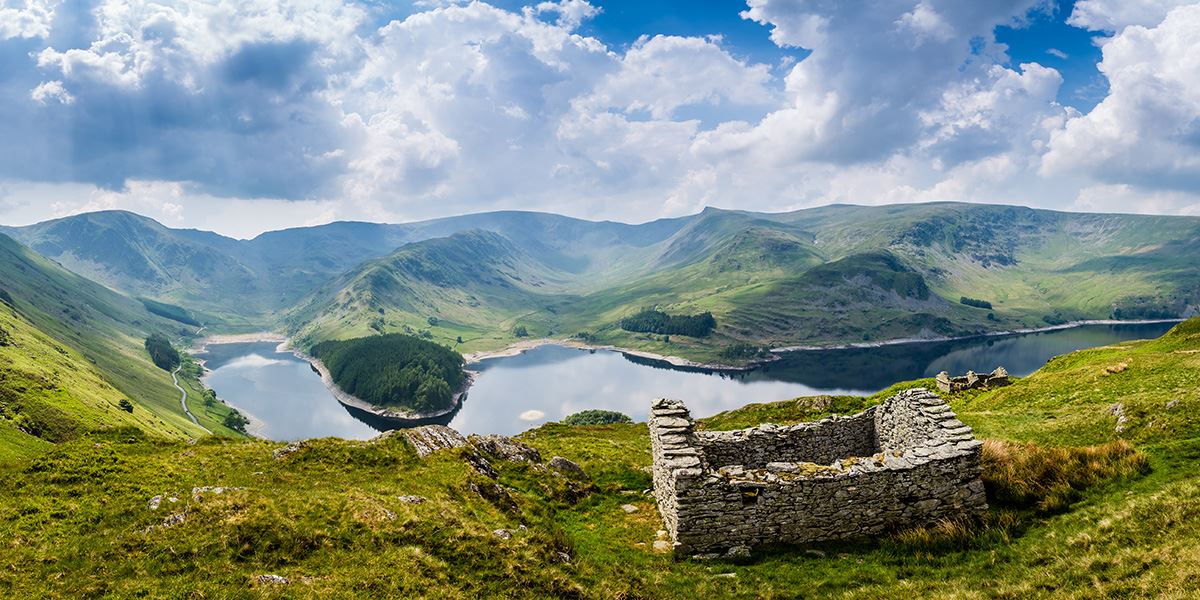 Cumbria’s more recent history has been shaped by invasions and battles, with a number of impressive fortresses still prominent on the landscape today. The Romans invaded Britain in AD 43 and reached what is now Cumbria about 30 years later.

The north of the county was a logistical hub for the empire. Hadrian’s Wall stretched from the Cumbrian coast to the North East coast, built on the command of Emperor Hadrian, “80 miles long from sea to sea to separate the barbarians from the Romans”.

The county is defined by its rugged mountains, deep lakes and scattering of tarns and this unmistakable landscape began taking shape about 500 million years ago. Then, the rocks of today’s national park were situated south of the equator and probably rivalled the Himalayas in height

After the retreat of the Roman Empire, Cumbria became a powerful Celtic kingdom, known as Rheged, before invading Anglo-Saxon tribes took over the region. The Normans conquered England in 1066, but when the Domesday Book was compiled 20 years later, most of Cumbria had still not been taken over, so only the southern part of the county was included.

As a strategic border town in volatile times, Carlisle changed hands several times between England and Scotland, but has remained the northern outpost of England since 1092, when its castle was built and the city became an important military stronghold. In 1567, Mary, Queen of Scots was imprisoned in the castle. 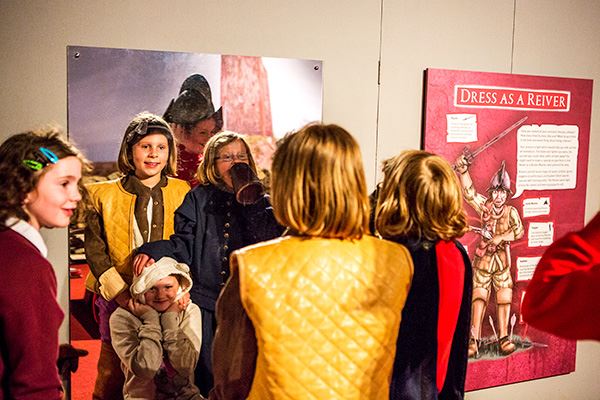 Dress up on your visit to historical Carlisle 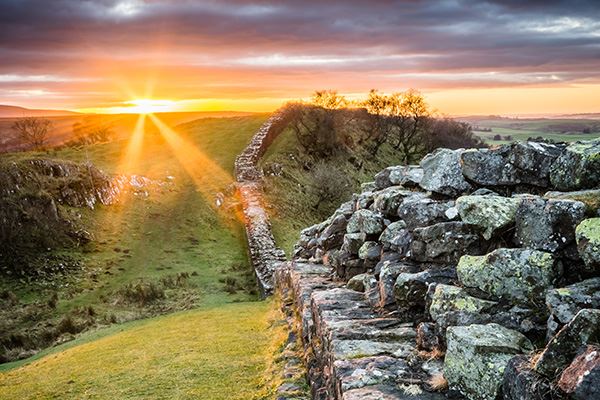 Hadrian’s Wall was built by the Romans

The 1600s saw a rise in border lawlessness through the actions of the Border Reivers – clans who rode in to raid cattle and sheep from either side of the border. But Cumbria has seen relative peace ever since the Jacobite rising of 1745. Carlisle and its castle were seized by Jacobite prince Charles Edward Stuart, better known as Bonnie Prince Charlie, who stayed briefly before marching south. The Duke of Cumberland’s army recaptured the city soon after.

Tourism is the biggest industry in Cumbria and it was around 1760 that the earliest tourists began visiting the Lake District. The Lakeland poets and painters certainly played their part in attracting people here. Last year was the 250th anniversary of the birth of William Wordsworth and the Wordsworth trust has created ‘Reimagining Wordsworth‘ to celebrate the poet’s life and times.

The Lake District National Park was established in 1951 to protect the area, and Cumbria itself only came into existence in 1974 after the Local Government Act 1972 combined the counties of Cumberland, in the north, and Westmorland, in the south.