What are words worth? Well, if you’ll excuse that play on… words… they are worth about £6.2million in the Lake District as the story of one of the world’s most celebrated poets – and Cumbria’s favourite sons – is retold for the 21st century.

William Wordsworth was born in April 1770 in Cockermouth. That makes 2020 the 250th anniversary of his birth. To celebrate his famous works, his life and to underline his legacy, a huge project called Reimagining Wordsworth has been underway, costing the aforementioned millions.

If anyone was in any doubt about what lasting impression Wordsworth made on the literary world, the fact that this much money is being spent in his honour should spell it out clearly. Before we take a closer look at the reimagining, let’s look back at how Wordsworth achieved such notoriety.

After losing his parents at an early age, Wordsworth was sent to school in the picturesque Lakeland village of Hawkshead. He later attended St John’s College, Cambridge, and travelled throughout Europe, notably in France, where he fathered a daughter, and Germany. 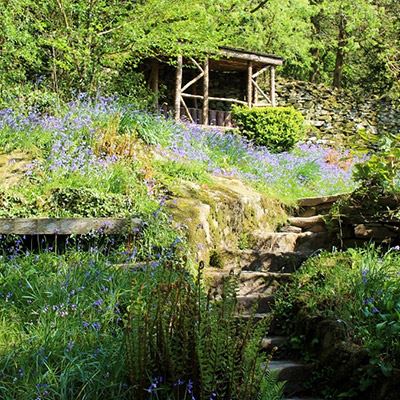 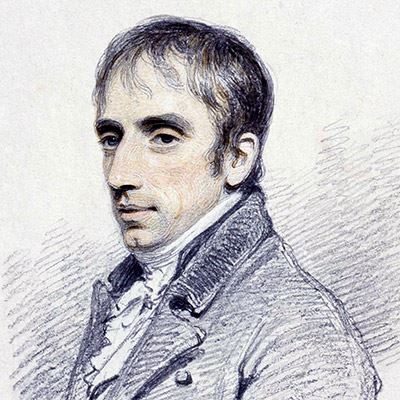 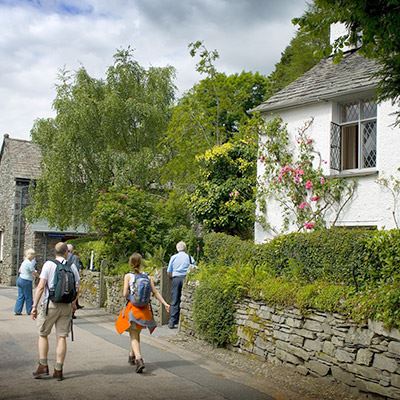 Dove Cottage is located in Grasmere

He returned to his home county to live in what is now known as Dove Cottage, in the hamlet of Town End, on the edge of Grasmere, in 1799. He has become most associated, perhaps, with his poem Daffodils, and the opening line “I wandered lonely as a cloud.” But there is much more to tell about the importance of his writing.

Wordsworth published his first poem aged 17, and when 27, he and his sister Dorothy, also an author, met Samuel Taylor Coleridge. Together, Wordsworth and Coleridge produced the Lyrical Ballads, and this collection of poetry is considered to be one of the most important works of the English Romantic movement.

To celebrate William Wordsworth’s famous works, his life and to underline his legacy, a huge project called Reimagining Wordsworth has been underway

Life in the Lakes

The period of time from when Wordsworth met Coleridge, until 1808, is now called his “Great Decade”, his works including Tintern Abbey, The Solitary Reaper, Resolution and Independence, The Brothers, Michael, Poems in Two Volumes and a portion of The Recluse.

This portion was called Home at Grasmere, celebrating his return to his home county, then known as Westmorland, to move into Dove Cottage. Wordsworth described his home there as “the loveliest spot that man hath ever found”. Here, he was inspired to write what is still today, some of the most famous poetry of all time.

Dove Cottage is now a museum telling the story of Wordsworth’s life, but at the time the house played host to a number of guest poets and artists, including Coleridge and Thomas De Quincey, and it then became a family home. 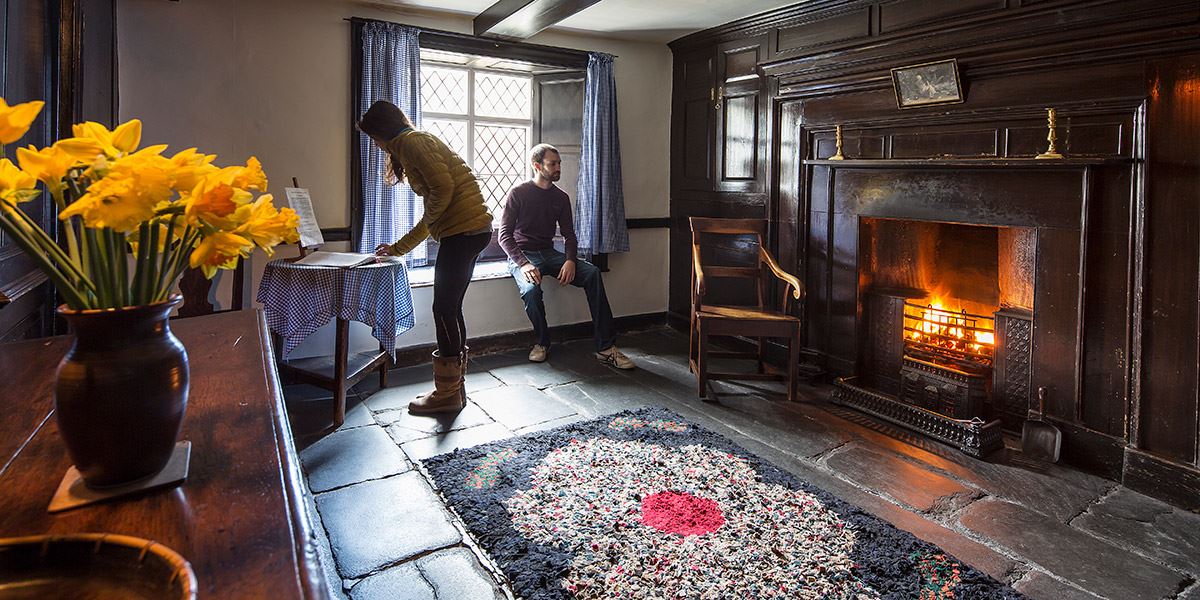 There is something to intrigue people of all ages at Dove Cottage, with unusual objects and hidden corners to be discovered

Wordsworth married Mary Hutchinson, who had been a childhood friend, and started a new, English family, which grew to three sons and two daughters. He went on to write many odes and sonnets, including the Duddon Sonnets, which follow the progress of a stream through the Lake District.

In 1808 Wordsworth and his family moved to a larger house in Grasmere, and five years later moved again to Rydal Mount, near Ambleside, where Wordsworth spent the rest of his life. He was appointed distributor of stamps for the county of Westmorland in 1813, but continued also to publish his works.

Wordsworth succeeded Robert Southey as poet laureate in 1843 and held the post until his own death seven years later. William Wordsworth is seen today as a pioneering writer of his time, someone who revolutionised English poetry. His celebration of nature now sees him painted as an early environmentalist, and a man ahead of his time.

Dove Cottage is now a museum telling the story of Wordsworth’s life, but at the time the house played host to a number of guest poets and artists

So why is Cumbria ‘Reimagining Wordsworth’ and what will it mean for the visitor attractions associated with the poet? The Wordsworth Museum, which houses a significant collection of his manuscripts, books and fine art, will be modernised and expanded. It will be more of an interactive experience, in keeping with modern-day museums, with voices of today helping to explain to visitors the importance of Wordsworth’s work and his relevance in the 21st century. Dove Cottage will be authentically restored to recreate the home as it was in 1800. In the garden, the orchard that the Wordsworths loved will also be recreated.

Grasmere as a whole will be given more woodland and new walking trails, with a viewing station to help visitors understand how easily he was inspired by the stunning countryside surrounding his home. A new learning space will promote poetry through workshops, and provide a programme of events each year. 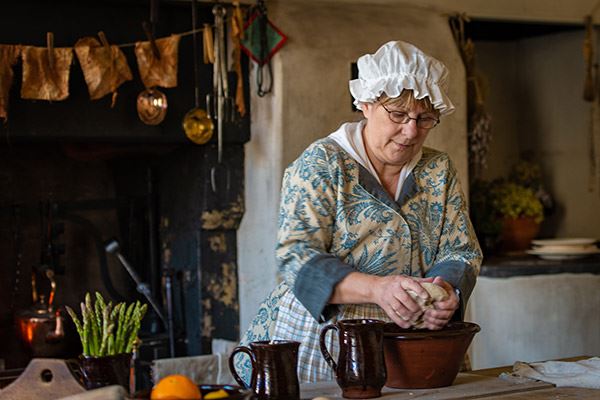 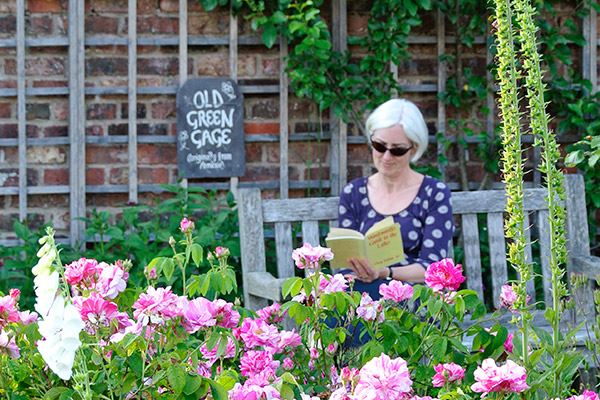 Relax in the garden at the National Trust-owned Wordsworth House, Cockermouth

The huge project has largely been funded by the National Lottery Heritage Fund, but it does mean there will be some changes for visitors in the short term, to allow the work to be done. The museum closed for the whole of 2019. Dove Cottage opened for the summer months for guided tours, after which it will close again until 2020. An alternative experience will be held in the library at Dove Cottage from March 2020, including a film, plus time to view manuscripts and other objects on display. When Dove Cottage reopens, it will have a redesigned cafe and terrace.

Wordsworth’s poetry will be taken out to communities across Cumbria, because he had expressed a wish that his poetry would make us “wiser, better and happier”. The new Wordsworth Museum will introduce activities such as quill-writing and rag rug-making. The new learning centre will encourage participation by schools and community groups.

And Wordsworth’s love of nature will be celebrated, not only with the new woodland next to Dove Cottage, but also a new walled garden in the centre of the hamlet. Access for people with disabilities will also be improved.