History and heritage of Stirlingshire, Falkirk and Clackmannanshire

The wider Stirling and Clackmannanshire areas have a rich history which has left an outstanding mark on Scotland and continues to draw people to the region today.

The Forth Valley was one of the first areas of Scotland to be settled by prehistoric people. Remains of Stone Age life, Bronze Age farms and Iron Age Celtic brochs and hill forts can still be seen all over the area. Indeed The National Wallace Monument stands inside a Celtic fort!

For three centuries the Romans tried to hold this area. The Antonine Wall, now a World Heritage Site, crosses through the Falkirk area and the remains of several Roman forts are well preserved, especially at Rough Castle near Bonnybridge, while north of Dunblane lie the extraordinary ramparts of Ardoch Roman Fort at Braco. 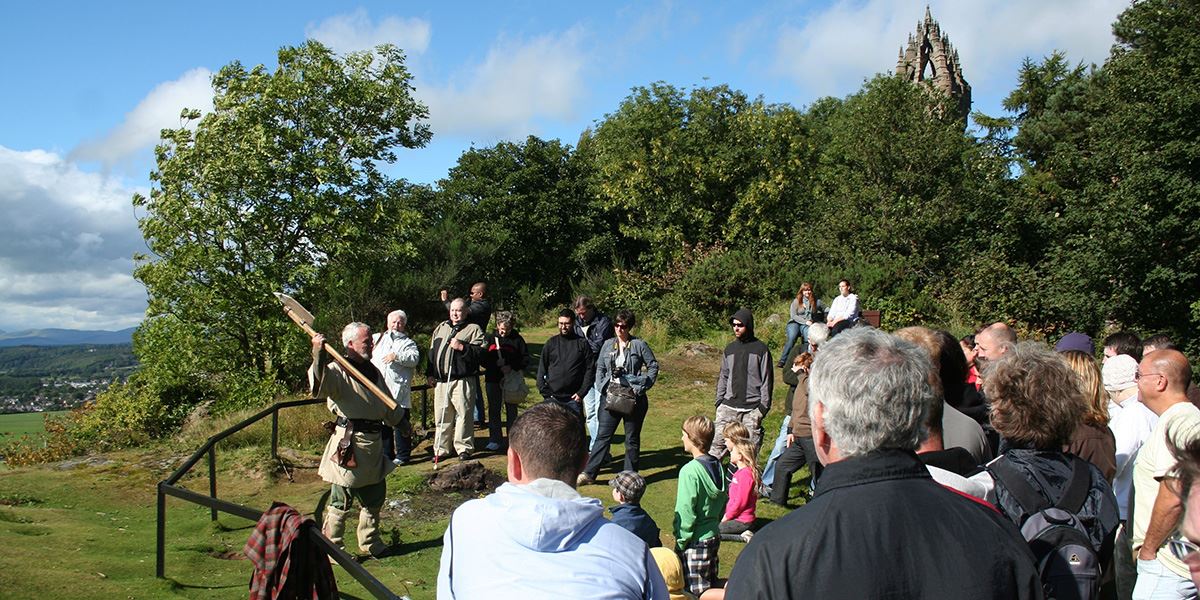 Take part in A Walk with Wallace at The National Wallace Monument, Stirling

In the Middle Ages the area became the main focus of the Scottish Wars of Independence against England. Here lie the great battlefields of Scotland’s heroes William Wallace and King Robert the Bruce. This is where Wallace defeated the English at Stirling Bridge, then lost at Falkirk, and where Bruce won his decisive victory at Bannockburn in 1314. Two Scottish knights lie buried in the grounds of Falkirk ancient parish church, the only known graves from the Wars of Independence.

Stirling Castle became a favoured royal residence of Scotland’s Stewart royal family, thanks in part to its strong defensive hilltop position and surrounding sheer cliffs. Most of what is seen today dates from the 15th and 16th centuries – the time of Scotland’s great renaissance, King James IV, the tempestuous Mary Queen of Scots, and King James VI who eventually became also king of England. James IV’s Great Hall, James V’s wonderfully restored Palace, the royal kitchens, and James VI’s Chapel Royal all bear witness to the magnificence of Stirling Castle.

In the Middle Ages the area became the main focus of the Scottish Wars of Independence against England. Here lie the great battlefields of Scotland’s heroes William Wallace and King Robert the Bruce

Churches and castles worth a visit

James VI was also crowned in Stirling’s impressive medieval Holy Rude Kirk, the only surviving church in Britain, apart from Westminster Abbey, in which a monarch was ever crowned. This church, and the substantial remains of Stirling’s town walls, bear witness to the town’s history as a thriving royal burgh. The feeling of 17th- and 18th-century life is still strong in Stirling, thanks to many preserved old buildings, including the magnificent Argyll Lodging.

During the 18th century the Jacobite rebellions both reached into this area. The 1715 battlefield of Sheriffmuir lies above Dunblane, where a monument to the dead of Clan McCrae can also be seen. In 1746 Bonnie Prince Charlie besieged Stirling Castle. Although his Highland army defeated a government force at Falkirk, where there is now a monument, his occupation of Stirling and siege of the castle, which still displays bullet marks, was unsuccessful. 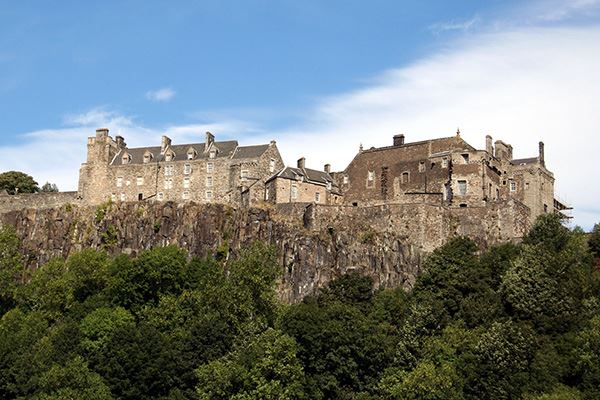 Stirling Castle sits upon a hilltop surrounded by cliffs 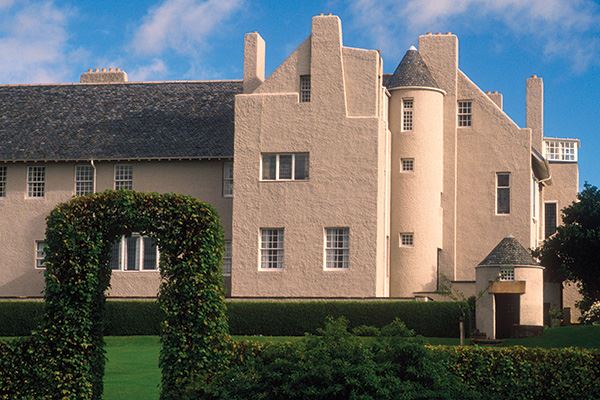 The 18th and 19th centuries saw great industrial change in the region. The Falkirk and Alloa areas especially became centres of canals, coal mining, iron making, brewing and weaving. Bannockburn’s woollen mills made about 90 per cent of all the world’s tartan during the 19th century, while at Grangemouth the Charlotte Dundas, launched in 1803, is now regarded as the world’s first practical steam ship. Coal mining and weaving also flourished in Clackmannanshire and continued well into the 20th century.

Another popular attraction is the stunning Hill House, overlooking the Argyll town of Helensburgh, which is considered to be Charles Rennie Mackintosh’s domestic masterpiece. It has been restored by the National Trust for Scotland to look almost exactly as it did in 1904 when the up-and-coming architect Mackintosh and his wife, the artist Margaret Macdonald, were commissioned by Glasgow book publisher Walter Blackie to create almost everything you see in the house.

5 cultural days out in Ayrshire and Arran