Geographically diverse, Somerset’s glorious landscapes are a sight to behold. Grab your camera and soak up the best outdoor delights in the ‘land of the summer people’.

Somerset doesn’t have to try hard to impress. In fact, many of its top attractions are already carved into the county. Wookey Hole, perched on the southern edge of the Mendip Hills, contains the largest caving system in the UK. Self-guided tours allow you to navigate the subterranean rivers and rock-encrusted caverns at your own speed. From ice age hyenas to the petrified figure of the wicked witch, it’s a captivating day out for little and big kids alike. 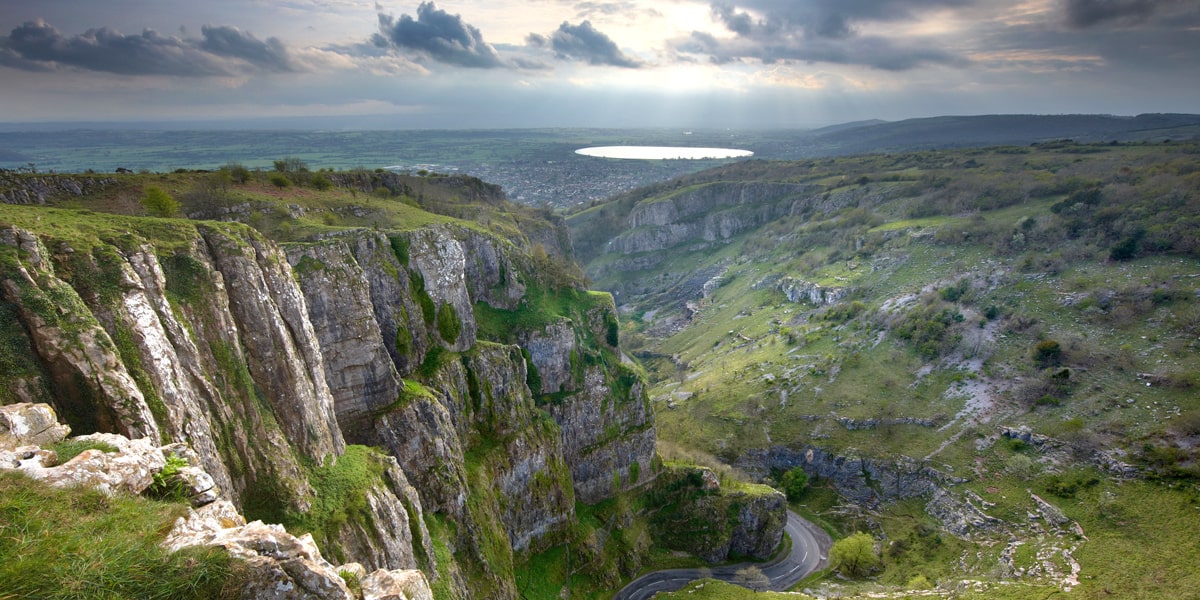 Another walking wonderland is Exmoor National Park. It may sneak over the border from West Somerset to North Devon, but technicalities fade in the face of its rugged coastline and heather-crowned moorland. Some of England’s finest long distance hikes pass through, including the South West Coast Path. However, peaceful pursuits are also possible. The fairytale village of Selworthy leads the way when it comes to rural idyll, with thatched cottages and dinky tea rooms straight off a postcard. A traditional cream tea from Periwinkle Cottage is a must. Nearby, Selworthy Beacon has outstanding ocean views.

Steeped in pagan legend, iconic Glastonbury Tor attracts both walkers and myth-seekers. Trek to the top of this ancient hill and you’ll be rewarded with the remains of a 15th-century tower. Plus, unbeatable views across the Somerset Levels. As well as its ties to Arthurian legend and the Holy Grail, Glastonbury Tor contains a grisly past. The last Abbot of Glastonbury Abbey, Richard Whiting, was executed on its peak in 1539.

Pastoral pleasures await in Somerset’s refined country gardens. The Edwardian Formal Gardens at Hestercombe House were the brainchild of horticulturist Gerturde Jekyll. Together with the Georgian Landscape Garden and Victorian Shrubbery, you can enjoy an enchanting walk through three centuries of English garden design, marvelling at cascading waterfalls and historic temples as you go. 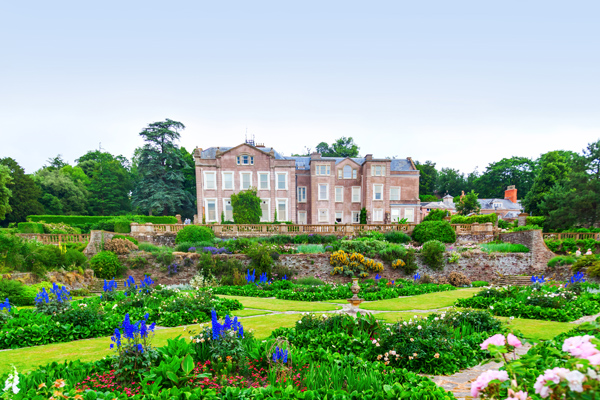 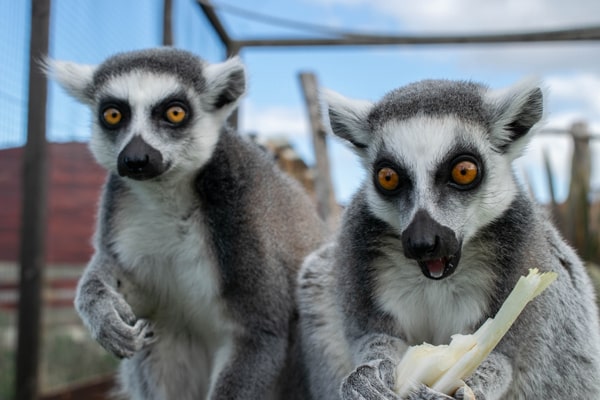 Check out the cheeky lemurs at Noah’s Ark Zoo Farm

Open from April to October, the Walled Garden at Mells is a haven of tranquillity. Lose yourself among the cottage’s informal flower borders, before stopping for a restorative cuppa or light bite in the al-fresco café. Believed to have once provided produce for the village of Mells, its kitchen garden past is apparent through the old vine fixings and outlines of former doorways still etched into its walls.

Puxton Park, on the outskirts of Weston-super-Mare, is a 40-acre adventure park and one of the best places for young visitors to let off steam. Go karts, a boating lake and miniature railway are just some of the perks. Fancy making some furry friends? Buy a bag of animal feed and meet some farmyard favourites in the Animal Zone. Big zoo animals can be found at Noah’s Ark Zoo Farm in Clevedon, including elephants, lions, giraffes and two spectacled bears called Rasu and Madidi.

The award-winning Mill on the Brue activity centre fuses family fun with outdoor education. No less than 40 activities promise a thrilling day out among 25 acres of Somerset countryside. Take your pick from adrenaline-fuelled climbs and assault courses to quirkier options like apple-pressing and egg racing. There really is a dizzying amount on offer, but the 60-metre downhill water slide might just take the biscuit.

For a different, though no less impressive, day out in nature, head to RSPB’s Ham Wall Nature Reserve. This wetland habitat on the Somerset Levels teems with noteworthy wildlife. In particular, the secretive bittern which was encouraged back to the reserve after a 40-year absence. The male’s distinctive ‘boom’ call can be heard echoing above the reed beds in spring. Barn owls, kingfishers and hobby falcons can be seen in the skies, but don’t forget to keep an eye out for otters at lake-level too. 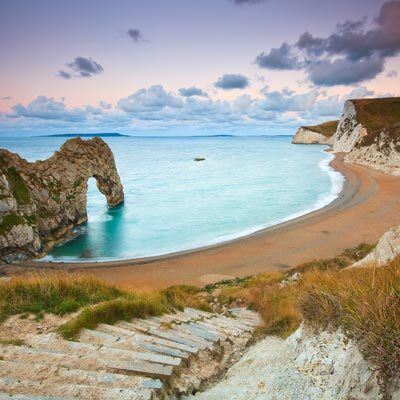 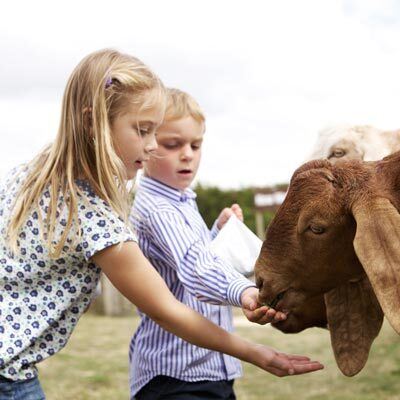 Despite being a coastal county, Somerset’s beaches often play second fiddle to the in-land scenery. However, the far-reaching sandy bays and rocky coves have a unique appeal of their own. The beach at Weston-super-Mare, Somerset’s premier seaside resort, features traditional donkey rides and a Grand Pier with all the usual arcade fun.

The beachfront bustle is part of its charm, but you don’t have to look far for quieter stretches of sand. Just south, peaceful Uphill Beach is backed by a nature reserve while to the north, Middle Hope Cove’s achingly scenic setting comes with impressive panoramas. Strong currents mean it’s not safe to swim, but you can picnic with views across to Wales in this little pocket of paradise. 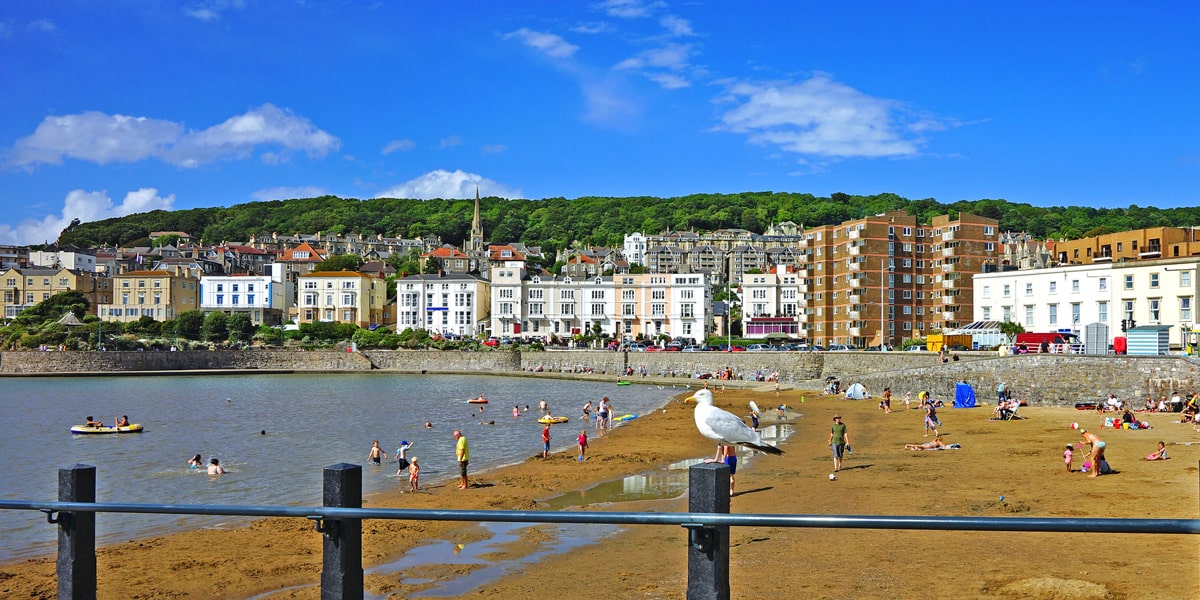 Slate and shingle shores make Kilve Beach ideal for fossil-hunting and crabbing in the rock pools left behind at low tide. St Audries Bay, at the foot of the Quantock Hills, boasts not one but two waterfalls that cascade from the cliff tops onto the rocks below. The sight is most spectacular after heavy rainfall – perhaps the one time you’ll cross your fingers for inclement weather!

If you’re keen to brace the chilly waters, the long beach at Berrow is favoured by swimmers at high tide (sinking muds make the sea inaccessible at low tide). Make sure check ahead because the tides change fast. Alternatively, dip your toes into Greenbank Pool, an outdoor swimming pool in the centre of Street village. There are further heated lidos in Wiveliscombe and Shepton Mallet, both open during the summer season.

History and heritage of Somerset