From pretty chocolate-box villages to colourful coastal communities, the UK and Ireland is criss-crossed with so many breathtakingly beautiful retreats for a short break or day trip – you just need to know where to find them. 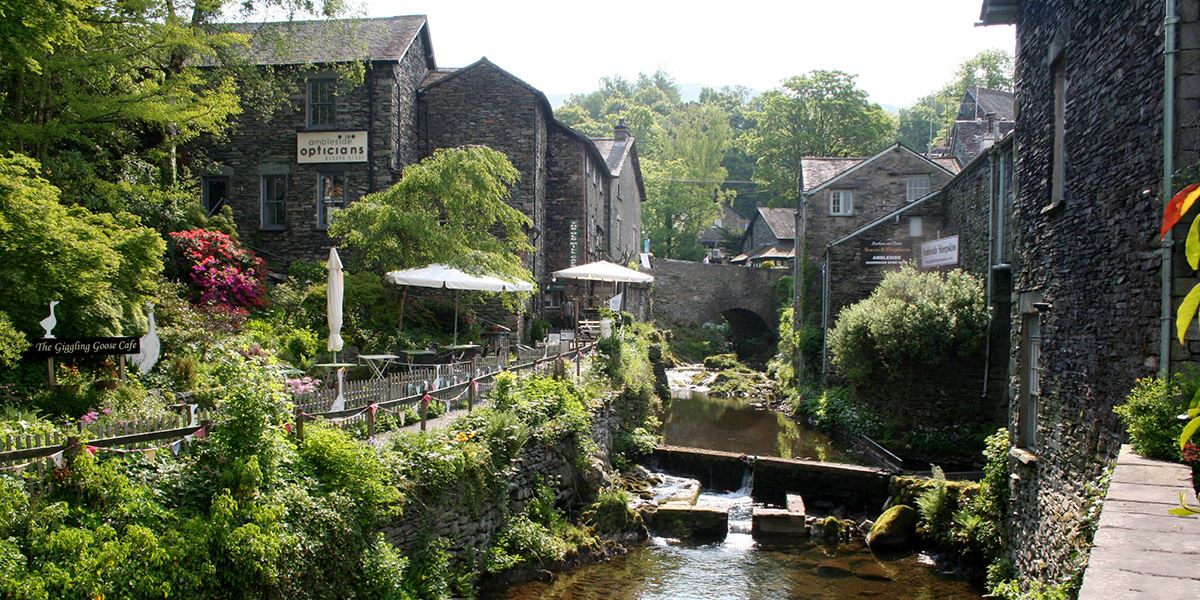 Ambleside, a bustling and vibrant town, is one of the most popular destinations in the Lake District. It lies next to the northern shore of Lake Windermere, and the town’s rural setting with narrow lanes and ginnels, surrounded by mountains on three sides and the lake to the south, make it seem compact and picturesque. Stone and slate-built houses, including 38 listed buildings dating as far back as the 17th century, are of architectural interest and speak of the rich heritage of local quarrying. The Bridge House is apparently the most photographed building in the whole Lake District. 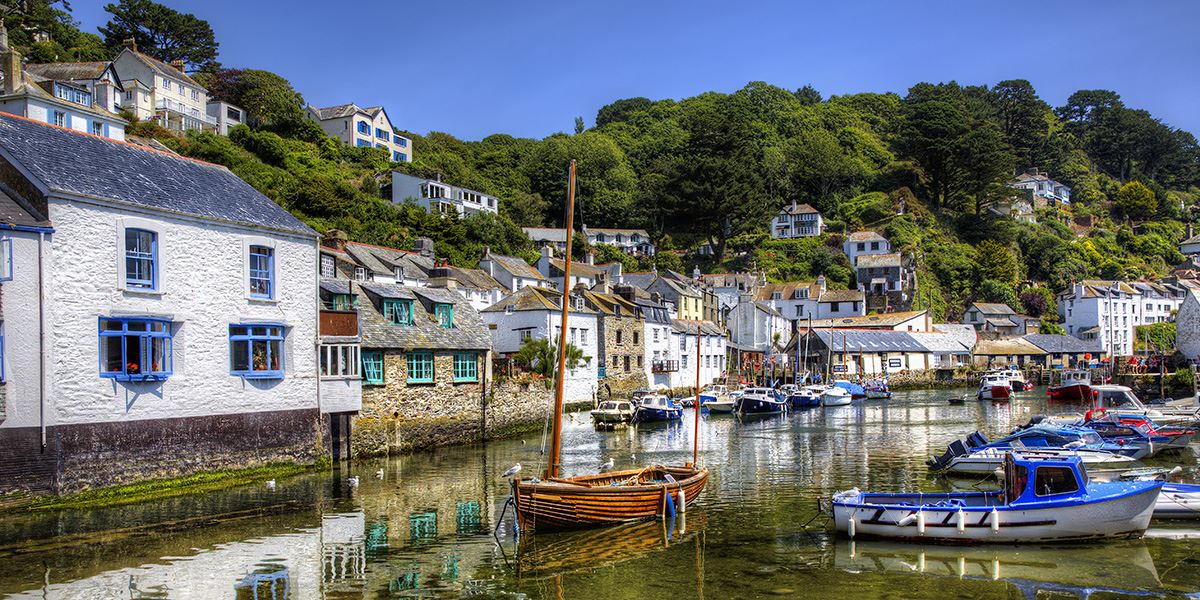 The fishing village of Polperro has a beautifully quaint harbour

This famous picture-postcard fishing village, which is in an Area of Outstanding Beauty, is as quaint as they come – clusters of colourful cottages and narrow winding streets that lead down to a tiny harbour. Like many of Cornwall’s towns and villages, it has its own annual celebration. The Polperro Festival of Music and Arts in June is also based on traditions dating back centuries and celebrates the arrival of summer alongside the music and art scene. 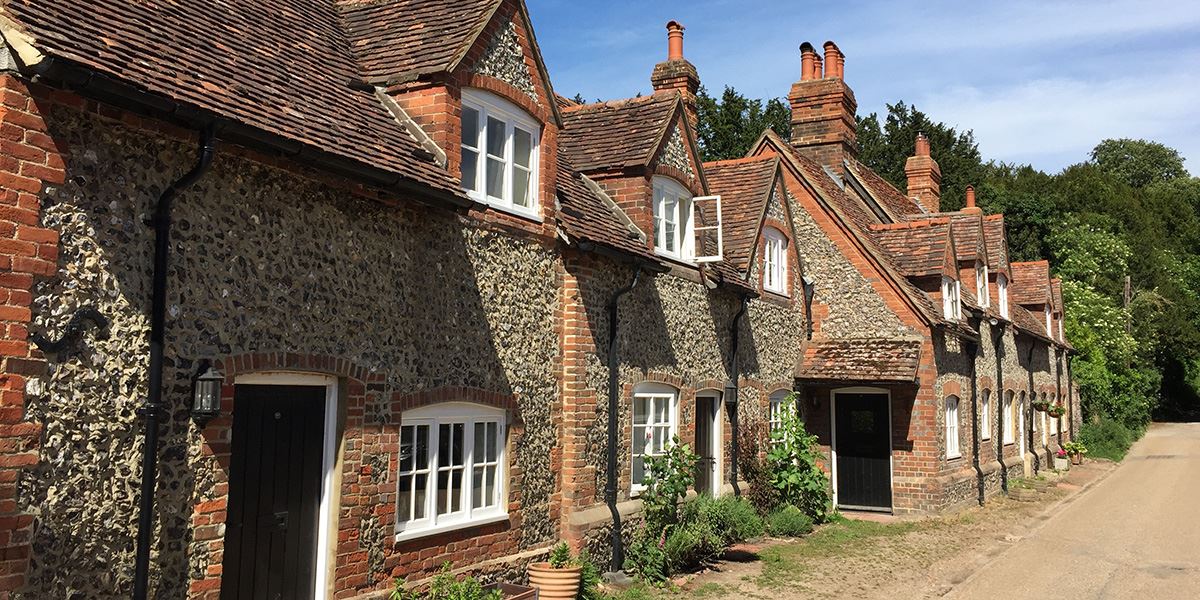 Hambleden is one of its prettiest villages of cottages, in one of the most attractive valleys in the Chiltern Hills. Hambleden’s houses are mostly made of an eye-catching mix of brick and flint. The roofs of the houses are terracotta and they have white-painted leaded windows. The village has often been used as a film location, such as Chitty Chitty Bang Bang, Dance with a Stranger and the opening scenes of the 1998 remake of The Avengers starring Ralph Fiennes and also some scenes in 101 Dalmatians. Hambleden was also used in the Tim Burton film Sleepy Hollow, starring Johnny Depp. 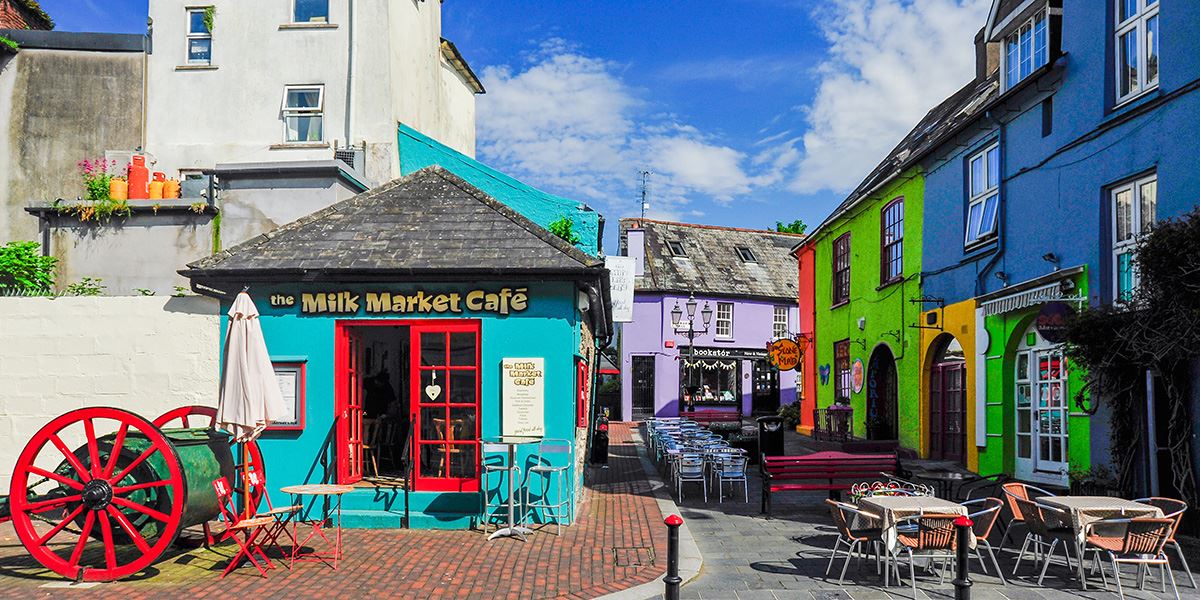 Kinsale is famous for its colourful buildings

The seaside towns of Cork are renowned for their multi-coloured façades. As the sun sets on the Atlantic Ocean, it reflects back on villages like Kinsale. Kinsale’s quaint cobbled lanes and 19th-century architecture evoke the very essence of a smuggler’s enclave making it one of the most picturesque, popular and fashionable resorts of the south-west coast of Ireland. And as long as you have a plate of freshly-caught fish to eat, there is no greater happiness in the world. 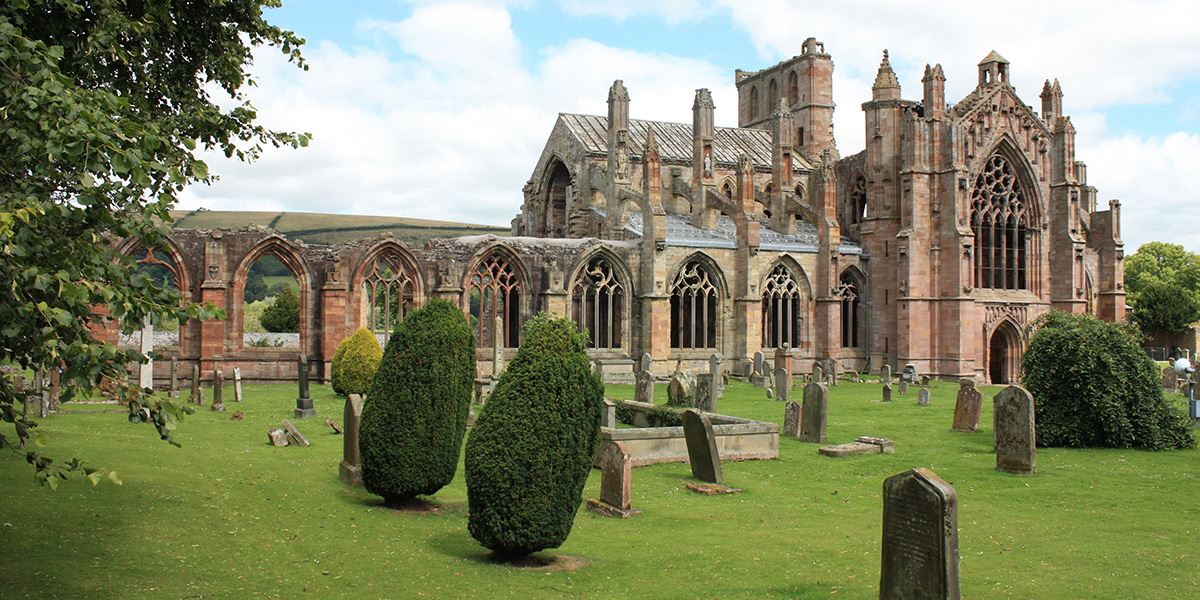 The picturesque town of Melrose is located next to the Eildon Hills, the most distinctive single landmark in the Scottish Borders. At their feet in the valley of the Tweed lies Melrose. Ruined Melrose Abbey dates from 1136. A casket discovered believed to contain the heart of Robert the Bruce was marked by a re-burial ceremony and commemorative stone tablet. The house where novelist Sir Walter Scott lived is also here. The town is also the home of rugby sevens and takes on a carnival atmosphere when the Melrose Sevens happens in spring. The first tournament took place in 1883 and the event is now an action-packed international tournament. 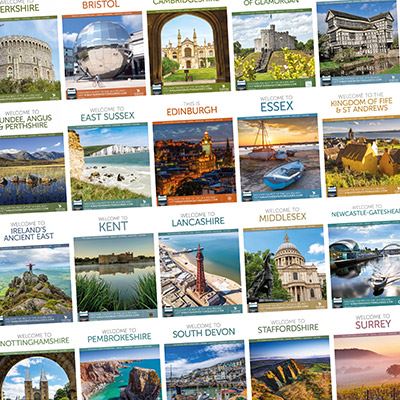 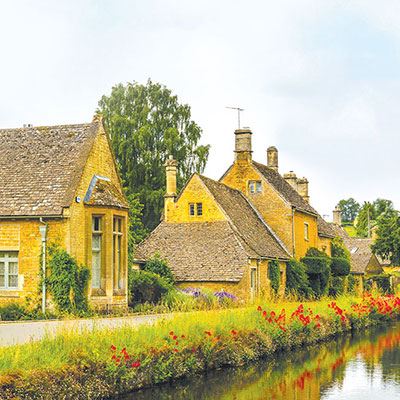 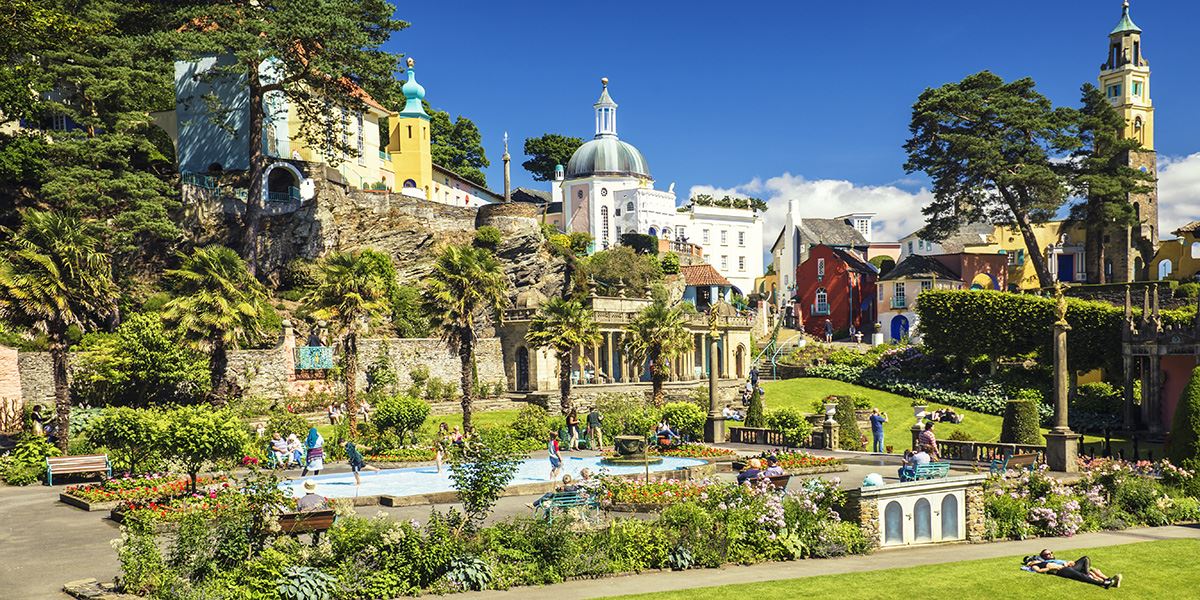 Portmeirion was inspired by the multi-coloured, impressive façades of Portofino in Italy

Portmeirion is a much-celebrated private village in North Wales. This collection of colourful Italianate buildings overlooking a vast sandy beach was created by Welsh architect Sir Clough Williams-Ellis, who lived by the maxim that beauty in life is a necessity. Williams-Ellis acquired the site in 1925 an inspired by the multi-coloured, impressive façades of Portofino in Italy, he began developing it into a complex Italianate village. It was also the former home of the Portmeirion pottery factory, whose florid tableware graces untold British dining tables. 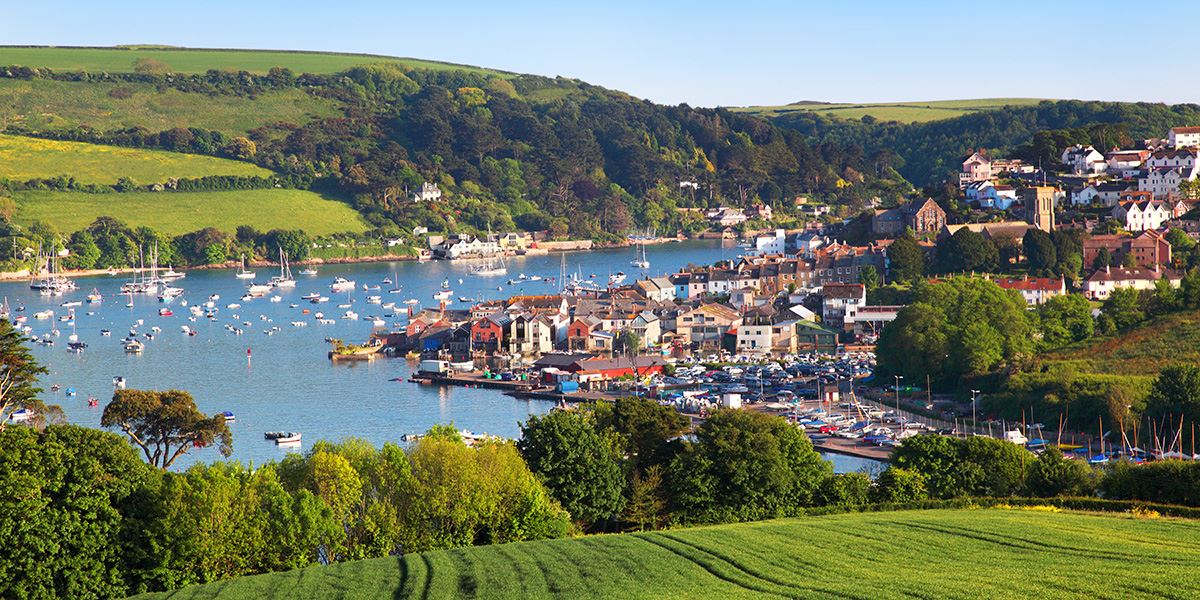 On the South Devon coast, the pretty seaside town of Salcombe is one of the most popular resorts in South Devon. Salcombe’s pastel-painted houses, tumbling streets and sandy beaches draw sailors in their hundreds in the summer. This Devonshire harbour town features sandy beaches, calm turquoise waters and an abundance of traditional seafood restaurants, cafes and bars. It is also steeped in maritime history and the town still retains a small fishing fleet. 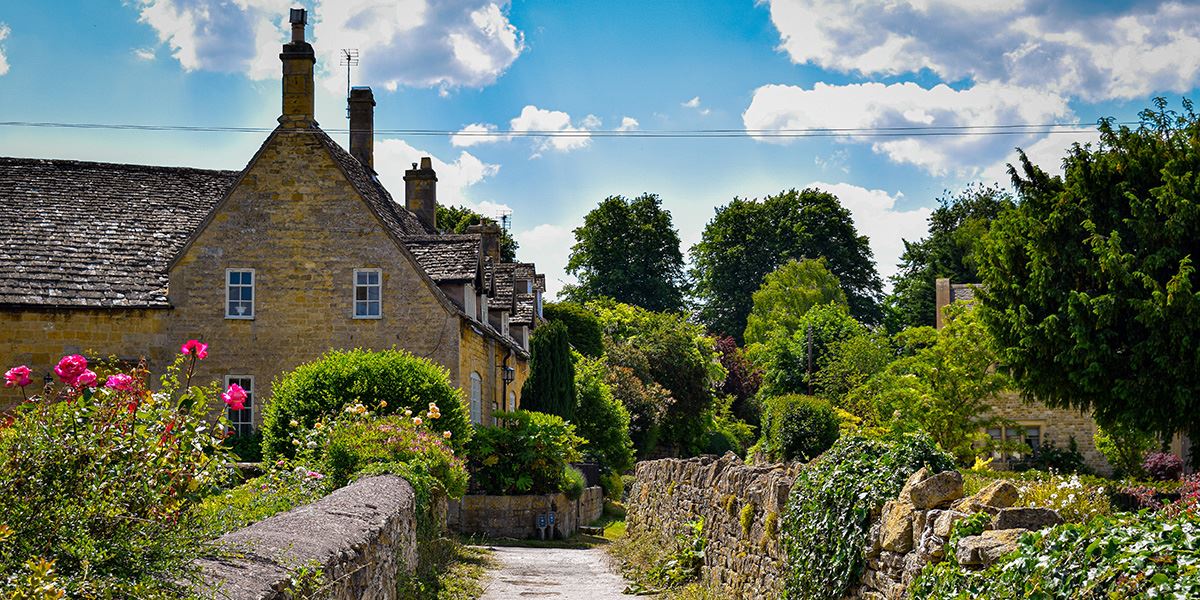 The idyllic village of Stanton is almost entirely carved out of honey-coloured Jurassic limestone and is lined with thatched cottages, and it has managed to keep its timeless character intact. Take lunch at The Mount Inn, the sleepy village’s 17th-century pub. In this typical Cotswold pub, we recommend Gloucester Old Spot sausage and mash and a glass of cider, as you admire the stunning view over the vale to the Malvern Hills. 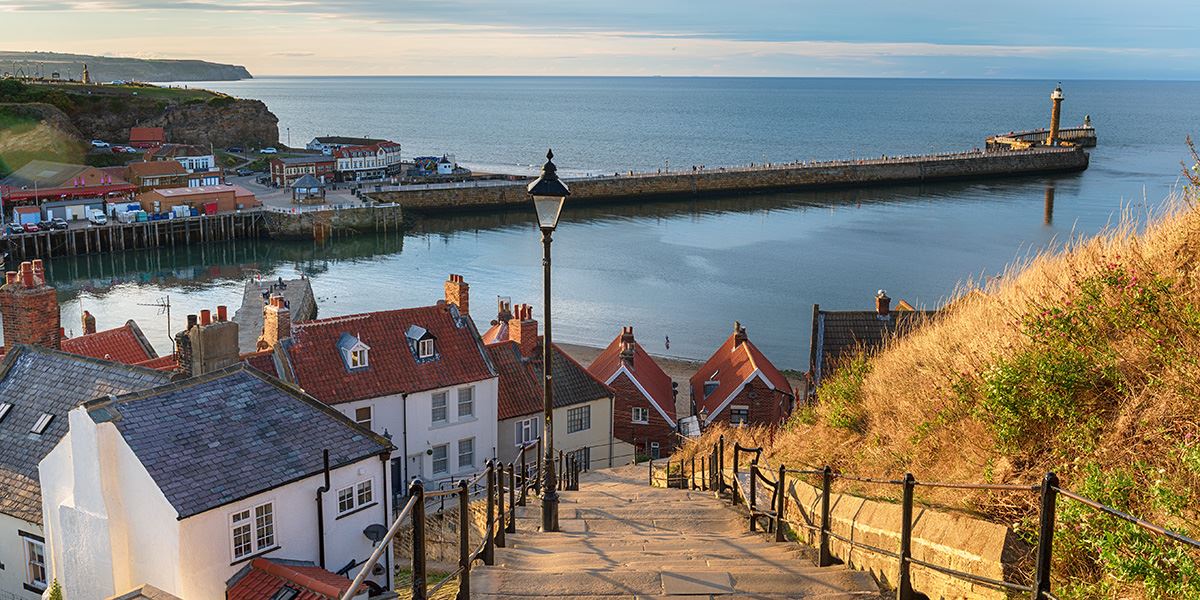 Tucked up high on the Yorkshire coast is the vibrant seaside town with a colourful history. As well as a good beach to the north of the harbour, where children fish for crabs from the walls, there’s the famous 199 steps leading up to the ruined Whitby Abbey. Whitby played a central part in Bram Stoker’s gothic novel, Dracula, and the blood-sucking count was said to have run up after his ship ran aground nearby. Today, it’s still idyllic though, with its vast array of orange-brick houses and cottages clustered together on each side of the harbour. 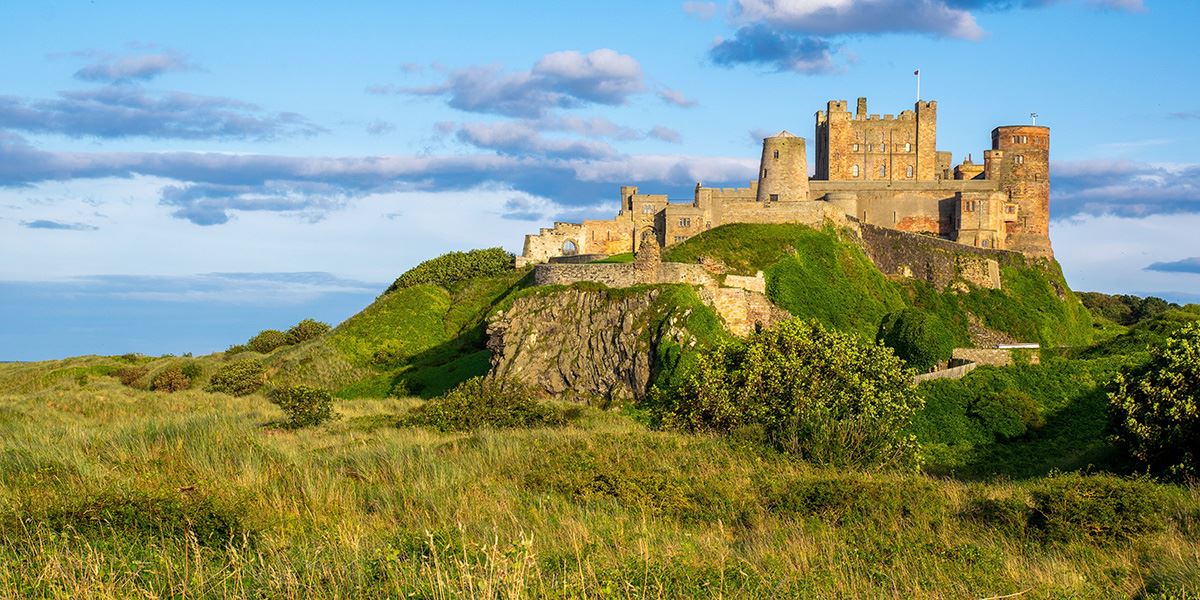 Thousands of people visit Bamburgh every year for its famous castle

Bamburgh is a large and pretty village on the coast of North Northumberland and is home to Bamburgh Castle, which overlooks the beach. At Bamburgh Castle, you can uncover hundreds of years of history in the various rooms and in the 12th-century keep. There is plenty to take in around the extensive grounds, striking views of the sea, medieval games and its Archaeology Museum, one of the most important Anglo-Saxon archaeological sites in the world. Bamburgh’s extensive sandy beach is an award winner and the village is popular with holidaymakers. Bamburgh also has a close association with the Victorian heroine, Grace Darling, who is buried there.

See Whitby Abbey from above