For those who live here, the river that runs right through the heart of London is often taken for granted, while many who visit the capital only see the Thames from the South Bank, while crossing one of its many bridges or on a boat tour. However, that is just a mere glimpse – and a bit of a clichéd one at that – of what this mighty waterway has to offer.

The longest river in England

Running 215 miles – it’s the longest river in England – the River Thames boasts hundreds of attractions on its banks, from the historical to the brand new and everything in-between. Each September there is even a festival, Totally Thames, which celebrates everything it has to offer.

However, if you’re only in the city for a short time, there are a few points of interest and experiences along the river that just shouldn’t be missed. There are over 100 bridges which cross the Thames, from its source in the Cotswold Hills to the open sea near Southend in Essex, but Tower Bridge has become one of London’s most iconic landmarks since it was built 130 years ago. 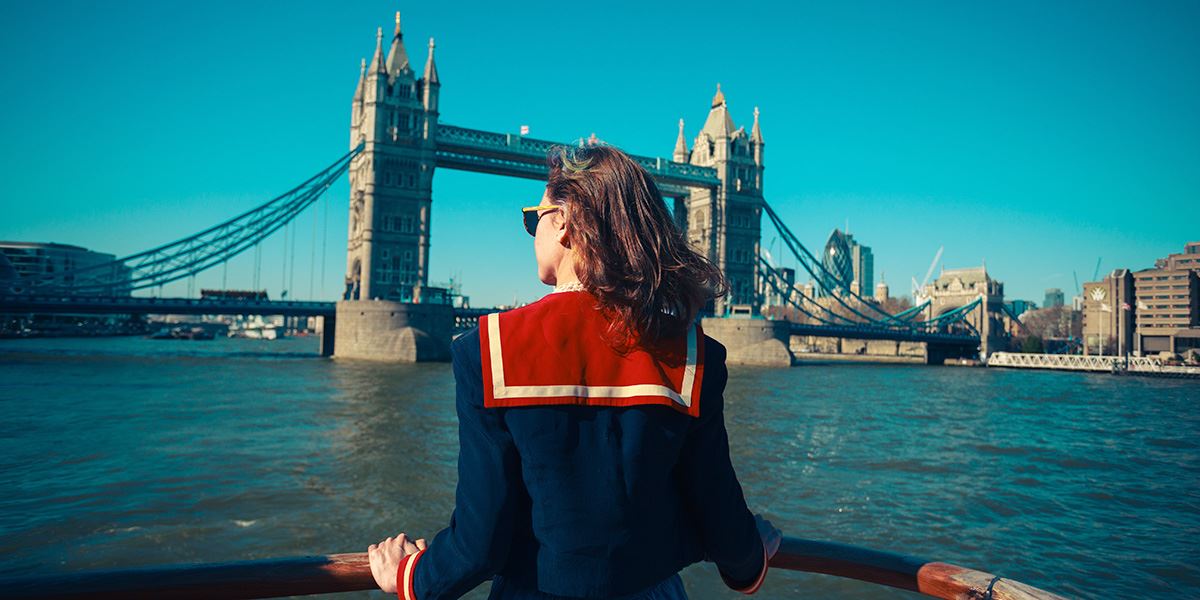 Tower Bridge has become one of London’s most iconic landmarks

You can just walk along the bridge itself or go inside and experience one of the exhibitions that take you through the high-level walkways 42 metres above the Thames and down to the Victorian engine rooms. The bridge still opens almost every day to allow ships to pass through, so check the times online before you head there to make sure you catch the famous suspension bridge in action.

While you’re in that neck of the woods, you can also sneak a peek at Traitor’s Gate – the infamous water-gate entrance to the Tower of London. Although originally designed for King Edward I in the 1270s to provide a way in which he could arrive at the tower by river, it acquired its nickname because of the prisoners accused of treason, who were also bought to the Tower by river, to be executed.

Tower Bridge opens almost every day to allow ships to pass through, so check the times online before you head there to make sure you catch the famous suspension bridge in action

Another of the capital’s most famous attractions, the London Eye, is one of the most obvious landmarks to visit but no less worthy of your time as the 443ft wheel offers perfect picture opportunities of London’s breathtaking skyline so you can catch even more of London’s famous landmarks from one spot on the Thames. For something even more spectacular, ride the wheel at night and see the city illuminated.

Across the river, directly opposite the Eye, are three of the most famous buildings in the UK; Big Ben, Westminster Abbey and the Houses of Parliament. While you can get a fantastic view of this iconic cluster of buildings from the wheel, it’s well worth wandering across Westminster Bridge to see their stunning architecture close up. 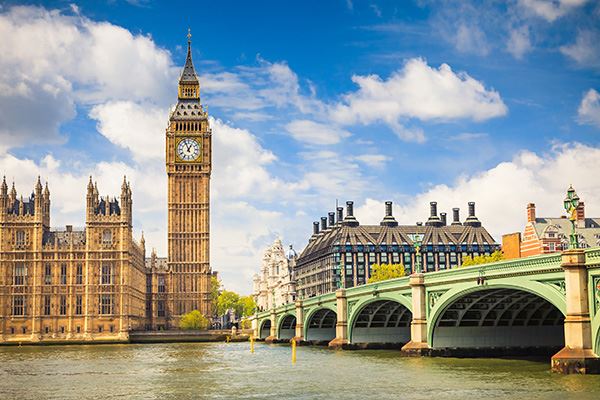 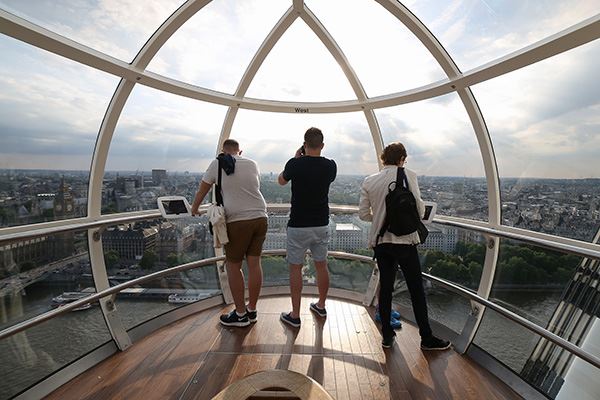 It’s also worthwhile making the investment of a guided tour of Westminster Abbey and the Houses of Parliament, where you can explore their interiors and learn more about their history – you’ll get to see King Edward I’s Coronation Chair and the seats where the UK’s leading politicians argue over how the country should be run.

While you can get a fantastic view of this iconic cluster of buildings from the wheel, it’s well worth wandering across Westminster Bridge to see their stunning architecture close up

There’s no shortage of attractions for art enthusiasts along the river, either. Formerly Bankside Power Station and the newest of the famous Tate art galleries, Tate Modern is dedicated to showcasing modern and contemporary art within its walls and is one of the UK’s top three attractions. It also has a restaurant on the sixth-floor, with some mighty fine views of the city, in particular St Paul’s famous dome. The museum, which is free to enter, is now even bigger and better thanks to a new Tate Modern building just behind the Giles Gilbert Scott-designed ‘power station’, providing 60 per cent more space for visitors to explore.

Europe’s largest arts centre, the Southbank Centre, is famous across the globe for its celebrations of music, art, dancing and theatre and spans an impressive 21 acres across three main buildings; the Queen Elizabeth Hall, Royal Festival Hall and Hayward Gallery. There’s also outdoor venues, restaurants, bars, shops, cafés and other facilities, all making the most of their riverside location. But it is at Skylon, on the third floor of Festival Hall, that you will find some of – if not the best views – of this section of the Thames, thanks to its impressive double-height windows offering panoramic vistas as you dine. 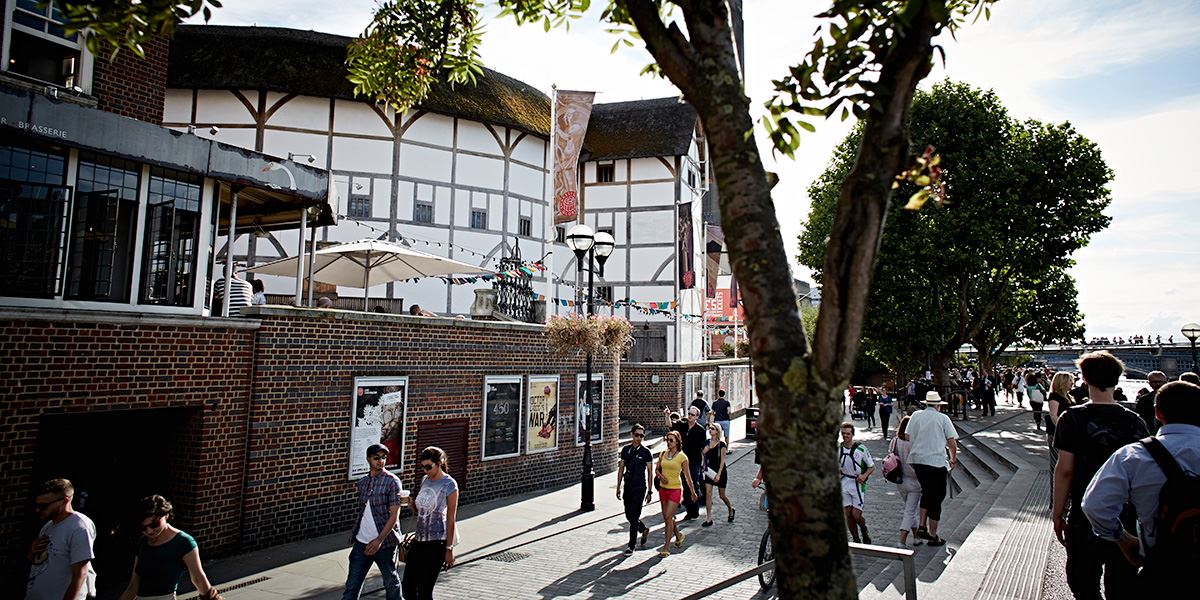 On the stretch of the river between Tate Modern and the Southbank Centre is where you’ll find the Oxo Tower, which also commands spectacular views across to the north bank, as well as a delicious Mediterranean cuisine and a range of over 800 wines from across the globe. If you don’t fancy a refreshment but want to sample the views, head to the free viewing gallery on the eighth floor.

Back on ground level and continuing east along the river, past Tate Modern and near the elegant steel Millennium Bridge, Shakespeare’s Globe provides a captivating insight into the life and works of William Shakespeare and London during the early 1600s and is a must see for any thespian.

Based around the original Globe Theatre that first opened in 1599 and showed many of ‘The Bard’s’ productions, this year-round exhibition enables you to take a tour around the Globe’s grounds and watch a Shakespearean theatre performance.

Down by the river

If you’re feeling a little peckish before or after your visit then Anchor Bankside, a 17th century watering hole, where Samuel Pepys is rumoured to have watched the Great Fire of London from, provides the perfect place for a pit stop but the waterside terrace is popular so if it’s a warm day, make sure you arrive early if you want to bag a prime position!

Of course you cannot say you’ve truly experienced the River Thames without actually travelling on it. You can capture an altogether different view of London’s landmarks from the river and there are a variety of tours and vessels available from sightseeing trips with commentaries to themed cruises and dining experiences. 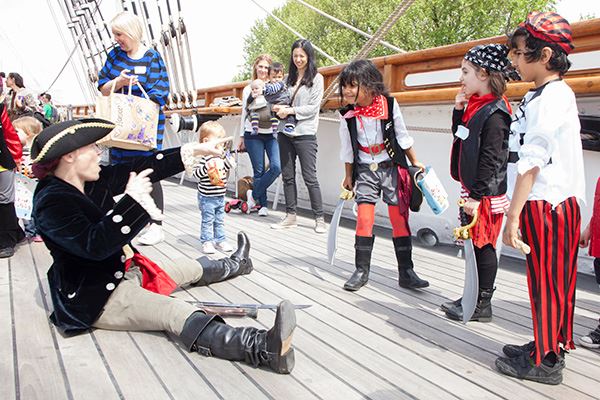 Kids will love dressing up on the Cutty Sark 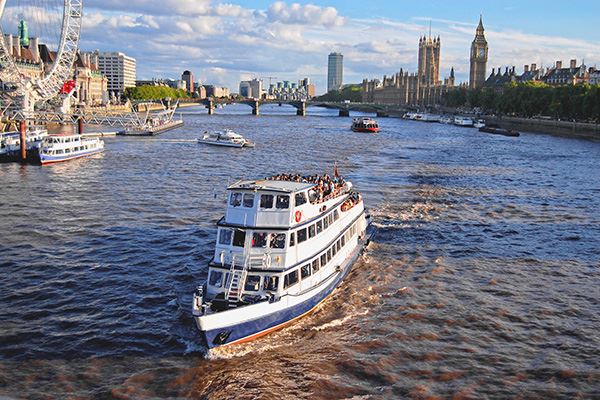 The part of the River Thames where the Cutty Sark, which was recently refurbished after a devastating fire and now sits on land illuminated from beneath by glass walkways, is particularly thrilling to approach by boat so if you plan on visiting this magnificent ship then make sure you travel there by catching the clipper service to Greenwich Pier.

If you’re looking for something a bit more exhilarating, then try out a Thames RIB Experience, which depart hourly from outside the London Eye and speed you down the river – just beware, you’re likely to get a little wet!

Not a boat person? Then there are a number of moored vessels along the banks, which are open to the public for refreshments, so you can still get that boating experience without actually having to set sail!