The best places to go shopping in the Black Country

When shopping in Black Country town centres, it is always worth looking up at some of the remarkably attractive period buildings. From ornate Victorian to stylish Art Deco, they indicate a long history that the modern shop fronts beneath might disguise.

With its proximity to castle and zoo and with the Black Country Living Museum just round the corner, Dudley has regular retail staples like River Island, New Look and Boots alongside enterprising independents. In the centre is an elaborate fountain, presented to the town by the Earl of Dudley in 1867, which gives its name to the Fountain Arcade, which dates back to 1925, and contains an eclectic offering of stores including a traditional toy shop that’s been trading for 50 years and a vintage camera specialist.

Between the statue and the fountain is an open-air market, established in the 13th century and in operation six days a week. In addition, there’s also a busy indoor market while the Trident Centre is a small 1970s mall of 34 shops. If it’s furniture you want, Buy Sofas Direct proudly proclaims that it’s all made locally in Rowley Regis. Meanwhile, dapper chaps should make a beeline for Stone Street to visit Roger Scott, purveyor of quality menswear.

A quick trip down Duncan Edwards Way and the A4036 takes you to Merry Hill, an attraction to the area in its own right, with brown signposts pointing the way to its location in Brierley Hill. Built on the site of a former steelworks and Merry Hill farm, it has around 168 stores, 10,000 free car parking spaces and a significant entertainment offering, including restaurants, bars and a multiplex cinema. Shoppers will not be disappointed with a huge Primark store, a flagship Next store, luxury retailer Flannels and many more quality retailers. 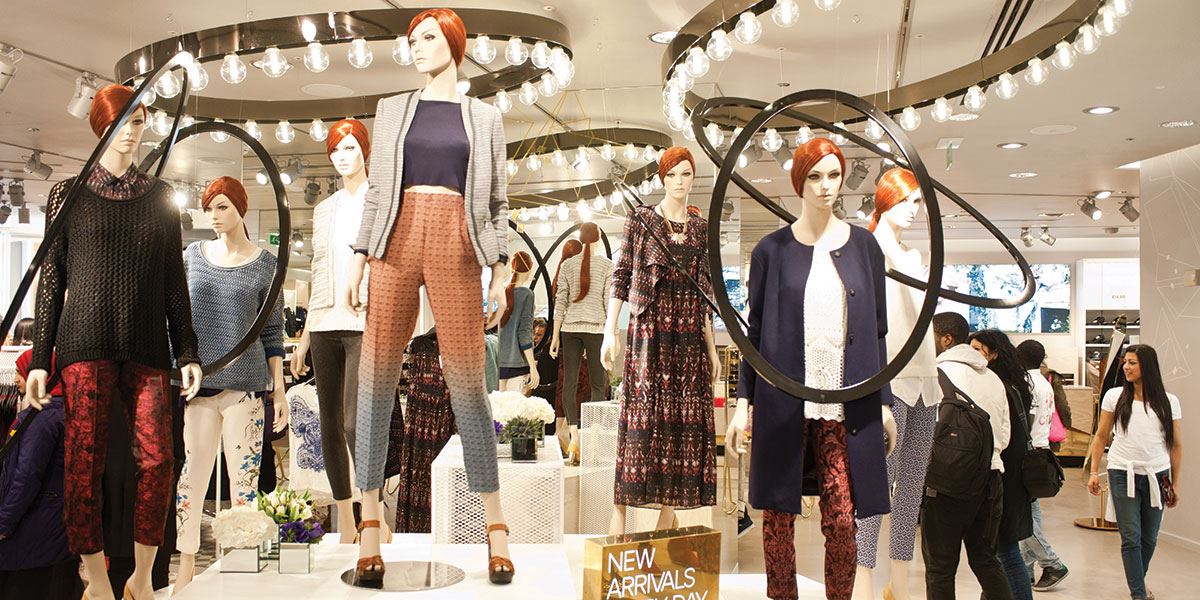 Shoppers will not be disappointed here

A short drive away up the A4123 is Wolverhampton, promoted from a town to a city in 2000. This, even more than Dudley, is populated with attractive period buildings. Many of them 19th century, but St Peter’s Church in Lichfield Street dates from the 13th century. A charming timber-framed building on St John’s Street, now operating as a Lindy Lou’s coffee shop, it has a plaque revealing its 16th-century origins.

One of Wolverhampton’s most iconic stores, Beatties, part of the former House of Fraser group, started life in the city in 1877. Its distinctive Art Deco corner building (the original Beatties was rebuilt in 1929) still has a uniformed doorman.

The main shopping mall in the city is the Mander Centre, developed by the Mander family, who were major employers in the area, their fortune founded on varnish, paint and printers’ ink. Built in 1968, a recent multi-million pound redevelopment saw the opening of a new flagship Debenhams store along with a new New Look.

Merry Hill has around 168 stores, 10,000 free car parking spaces and a significant entertainment offering, including restaurants, bars and a multiplex cinema

The Wulfrun Centre, named for the noblewoman who endowed the church at the centre of the city, is a similar era precinct, this one appealing to shoppers who like fashion and food on a budget, with stores including Primark and Peacocks. The pedestrianised areas of Dudley Street, Queen Street and King Street, and the centre of Queen’s Square, present a lively bustle of shops, including a large Marks and Spencer.

A market runs in Wolverhampton four days a week, and there is a Craft and Farmers’ Market in Dudley Street on the first Friday of every month. Apart from the familiar chain store names, it is worth seeking out some of the independent gems, such as The Grain Store, a gin emporium in King Street, or its neighbour, Madame Clarke’s Tearooms, a former brothel that Madame Clarke is said to still haunt. Justifiably proud of its award-winning status is Michael Kirk Butchers, a champion sausage and pie maker since 1934, whose shop can be found in Woolpack Street.

A nip down the Black Country Route takes you to Walsall. Money is being poured into Walsall – £90 million of it – to enhance the shopping experience. A large Primark opened in Digbeth (not to be confused with the Birmingham one), at the foot of the traditional location of the market, which has been in existence since 1219 and still operates five-days-a-week. A new area called The Quarter has been created on the slope up towards St Matthews Church, with tenants including B&M, Pep&Co and The Entertainer. 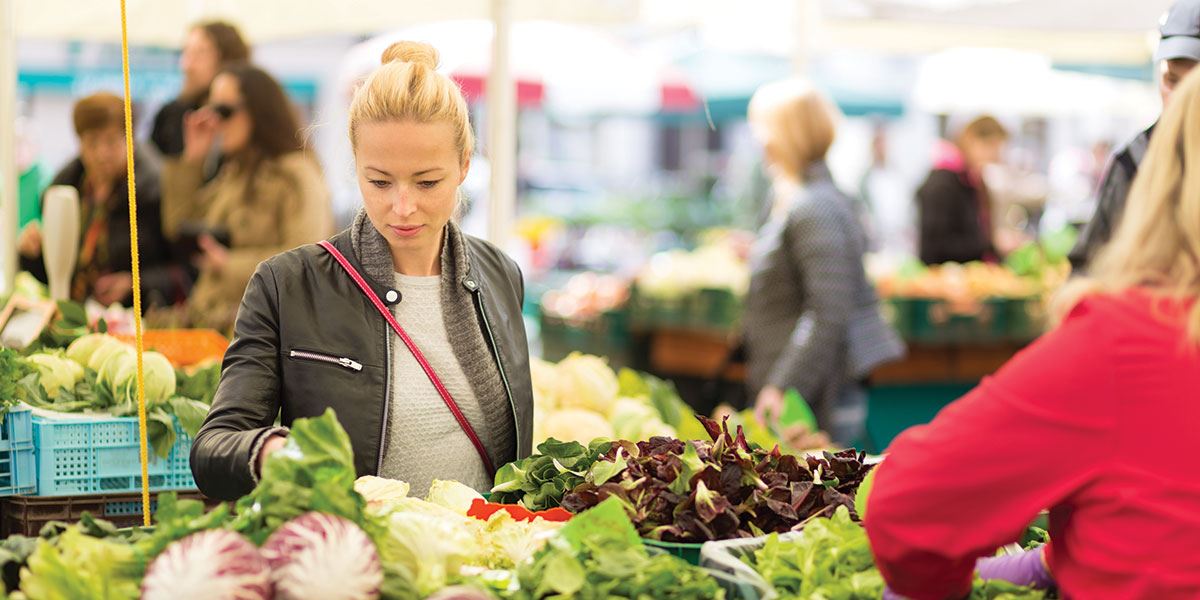 Continue up the hill to Goodall Street and you will come to the Hole in The Wall, a popular long-standing fabric shop and haberdashery. It is worth taking a walk back in time through the town’s Victorian Arcade where you can pick up everything from fresh fish at Catch of the Day to vintage vinyl at Eclipse Records to a new tattoo at Human Canvas. At the other end of town, where Walsall Art Gallery towers over the canal basin and its new development of restaurants and a cinema is Crown Wharf, is a self-contained shopping area with stores including Next and H&M.

Hop back in the car again and take a short trip south on the M6 to Junction 10. Here you’ll find Boundary Mills with a vast array of discounted bargains with everything from clothing to candles. Further along at Junction 9, sandwiched between Walsall and Wednesbury, the Gallagher Shopping Park has undergone a huge expansion recently. Its 200,000 sq ft of retail space has everything from fashion to furniture stores, computers and tech to sportswear. For those mourning the loss of Marks, they can find comfort in its large M&S Food. And at the end of it all, there is the flatpack favourite, Ikea should you feel the urge to assemble some furniture.

In West Bromwich, its stores are presented as a golden mile from Dartmouth Square clock tower to Farley clock tower at Carters Green, with no fewer than four shopping centres. These include Astle Outlet Retail Park, the Kings Square and Queens Square shopping centres, and New Square, a large retail and leisure venue. West Bromwich also has strong market offering, with a market in the High Street and Market Hall in Kings Square trading six days-a-week.