From feeding the city’s first settlers to becoming shopping hubs and indeed tourist attractions in their own right, London markets have enjoyed a rich and vibrant history through the ages.

The area where Borough Market now stands became a hub for trade and commerce on the south side of the River Thames as far back as the 13th century but it wasn’t until the 16th, 17th and 18th centuries that established markets really took off in London, with the likes of Covent Garden and Spitalfields becoming official markets.

Anyone with green fingers should head up past Bethnal Green and make a stop at Columbia Road Flower Market. On Sundays, the street is transformed into an oasis of foliage and flowers with traders selling everything from bedding plants to 10ft banana trees. 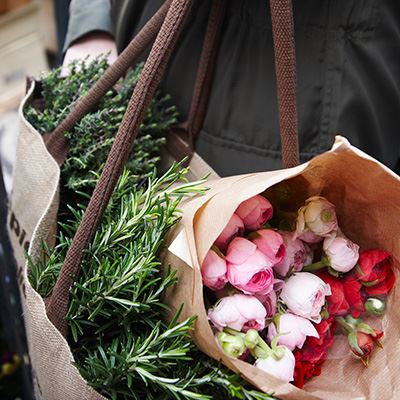 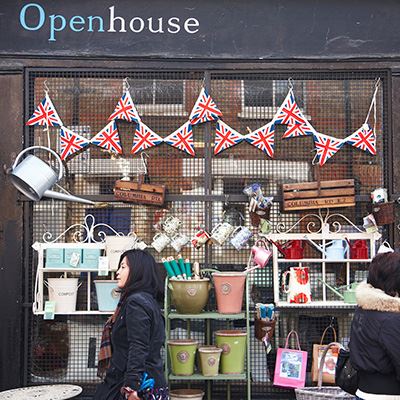 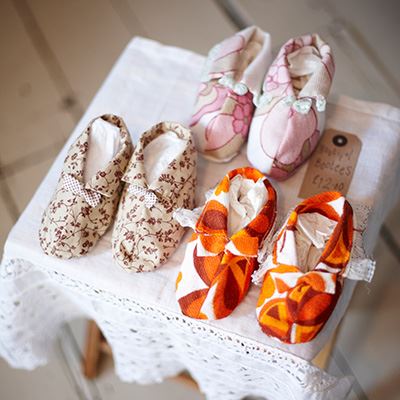 There’s also a host of independent galleries and shops selling pottery and perfume but they often shut up shop with the market at 3pm so make sure you head over in the morning to get the pick of the crop.

South London’s Brixton Market was the first electrified market in the country and stands, as a result, on Electric Avenue. This bustling corner of Brixton is a community within itself, featuring more than 100 local and independent businesses which have transformed an old arcade into a fantastic go-to destination for shopping and just generally soaking up the atmosphere.  Meander through the covered walkways to uncover a treasure trove of cuisines, fresh produce, clothing, jewellery, homeware, art, music and more. The market is popular with new traders just starting out so it’s a great place to find a gem at a bargain price.

London’s best-known food market, Borough Market, is also the city’s busiest. Occupying a sprawling site under the railway tracks near London Bridge, this is a market for gourmet food lovers, with fresh artisan loaves, rare-breed meats, fish, game, fruit and veg, as well as cakes and all manner of preserves, oils and teas on offer. 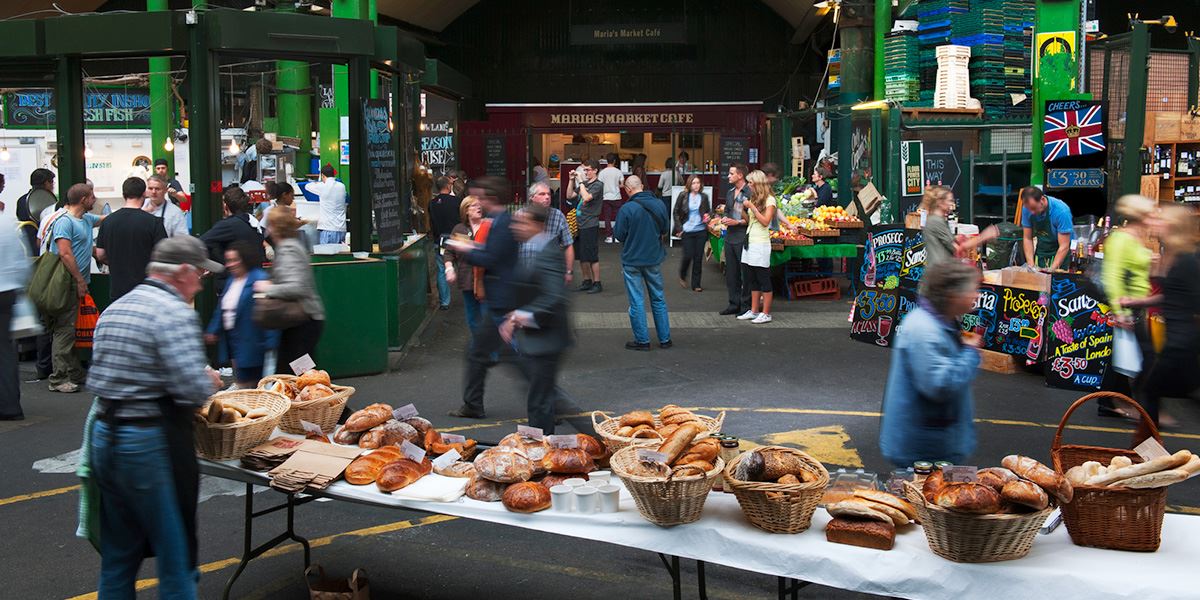 Make sure you come armed with a large shopping bag and empty stomach when you visit this market, which is open from Wednesday to Saturday but to avoid the hungry crowds go first thing on Saturday mornings, from 8am or 9am, or from midday on Thursday or Friday. On Mondays and Tuesdays hot food and fruit and vegetable stalls trade but not the full market.

The original Brick Lane Market is a large flea market with street stalls selling antiques and bric-a-brac at bargain prices. However, in recent years a number of other markets have opened including the Boiler House Food Hall, the Backyard Market, the Sunday UpMarket, and the Vintage Market with stalls selling everything from vintage and hand-made clothing, accessories, jewellery, music, arts and crafts, and tasty street food so there’s something to see every day of the week.

In the north of the city, Camden’s sprawling collection of markets offers a real assortment of street culture with over 100 stalls and is open seven days a week. The weekends are not for the faint-hearted however, so visit on a weekday to avoid the crowds – although the mish-mash of customers definitely add to the atmosphere. 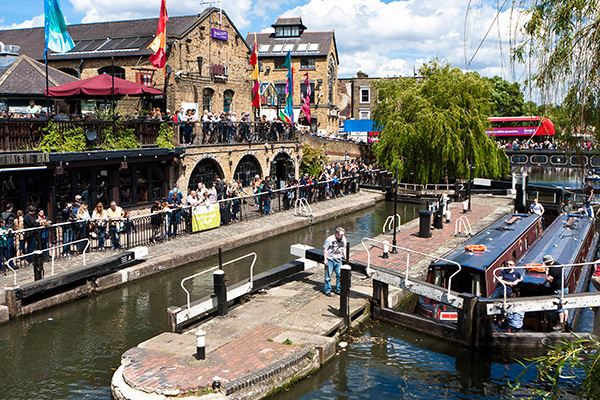 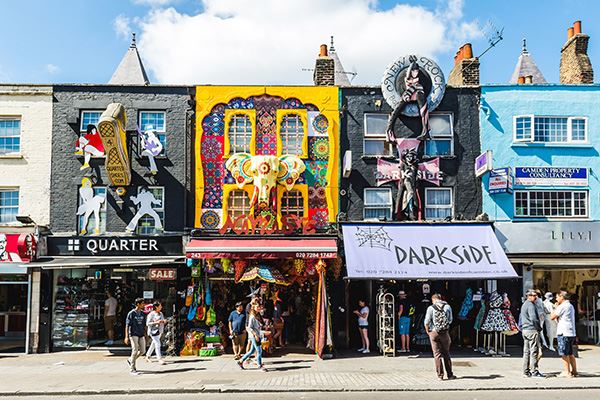 At the main market, which is on the junction with Buck Street and Canal Market, which was reopened after being destroyed by a fire in February 2008, you’ll find cheap jeans, T-shirts and accessories, while at Camden Lock Market – a former timber yard for shipbuilders TE Dingwalls that has had various reincarnations since it was opened in the 1970s – you’ll find everything from corsets and children’s clothes to Japanese tableware and multi-cultural food stalls.

At Old Spitalfields Market the 1876 covered Victorian market hall has been enhanced with a modern shopping precinct. Enthusiastic stallholders sell grub from just about every corner of the world (there’s also a fine food market held three times a week with over 20 traders, many of which can also be found at Borough Market) while up-and-coming designers showcase their creations alongside vintage clobber, crafts, jewellery, books and sheepskin rugs. A record market is also held twice a month. The cost of pitches here is pretty steep, particularly on a Sunday, but that means the choice of produce is high quality. If you want to avoid the crowds, come on a Thursday.

Fashionistas and vintage lovers should head west to get their fix at the famous Portobello Road Market. It’s always heaving with tourists but then that’s pretty unavoidable considering this market is a London institution. Over 2,000 specialist antique dealers squeeze tightly into any available space along the road and if you’re a film fan, you might just catch a glimpse of the blue door from the film Notting Hill. 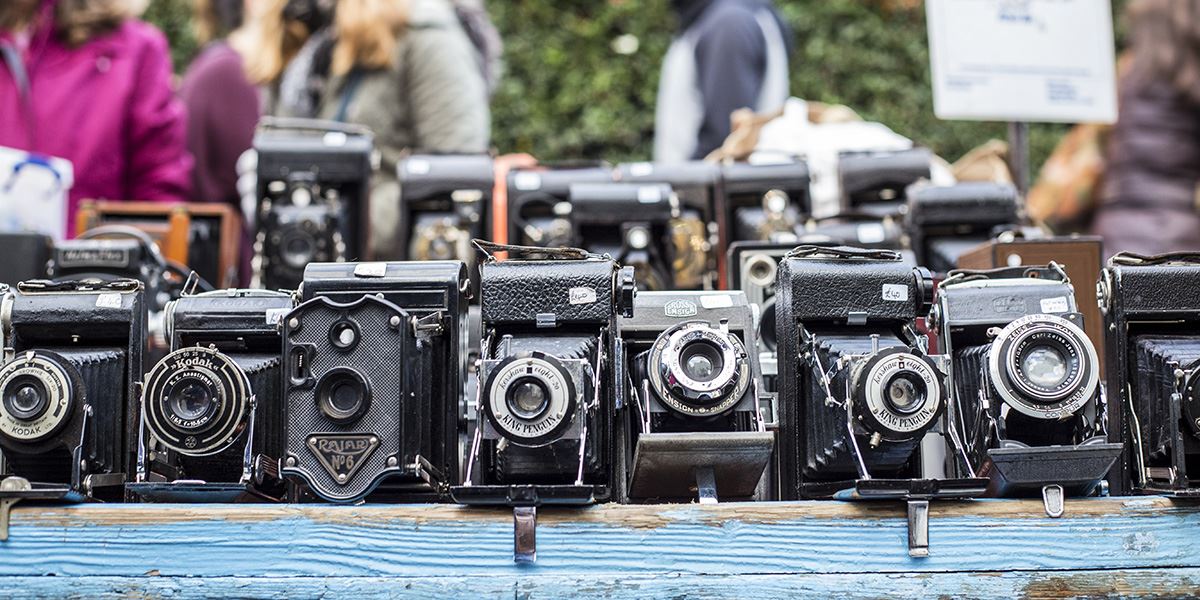 Elgin Crescent is where you can find the fashion market, which is best to visit on a less-frantic Friday morning if you want to have enough elbow room to delve through the troves of prized vintage, boutique fashion and retro memorabilia. However, further along at Golborne Road, which is lined by eccentric second-hand interiors stalls, is where you’re likely to find the real bargains.

If it’s antiques you’re after but the crowds of Portobello are too much, then head over to Alfies Antique Market in St John’s Wood, which is open from 10am to 6pm every day. With 75 specialist dealers spread over five floors, this bustling and lively indoor centre is packed with decorative and unusual finds and has a little more life than your traditional antique thoroughfares. On the top floor there’s a roof-top kitchen, where you can grab a spot of lunch while enjoying panoramic views over London’s rooftops.

So whether you fancy a bit of a bargain hunt, want to sample some of the city’s best local produce or just want to experience the bustling market atmosphere – you really are spoilt for choice in London.