Nottingham is home to one of the most famous bird’s eye views in world sport. From a blimp in the sky above the River Trent you can see no less than three illustrious sporting grounds – the City ground, home of Nottingham Forest FC, Meadow Lane, home turf of the oldest football club in the world, Notts County FC, and the world-renowned Trent Bridge cricket ground.

Football fans will know that having a grand, shining history can be something of a curse when juxtaposed with poor current form, and sadly both Nottingham clubs are in something of a rut these days.

But there was a time when both teams battled it out in the top flight of English football, and Forest are still one of only two English teams in history (along with Liverpool) to win the grand prize in club football, the European Cup – now known as the Champions League – two years in a row. Those days may be gone but they have left a rich legacy for the city. 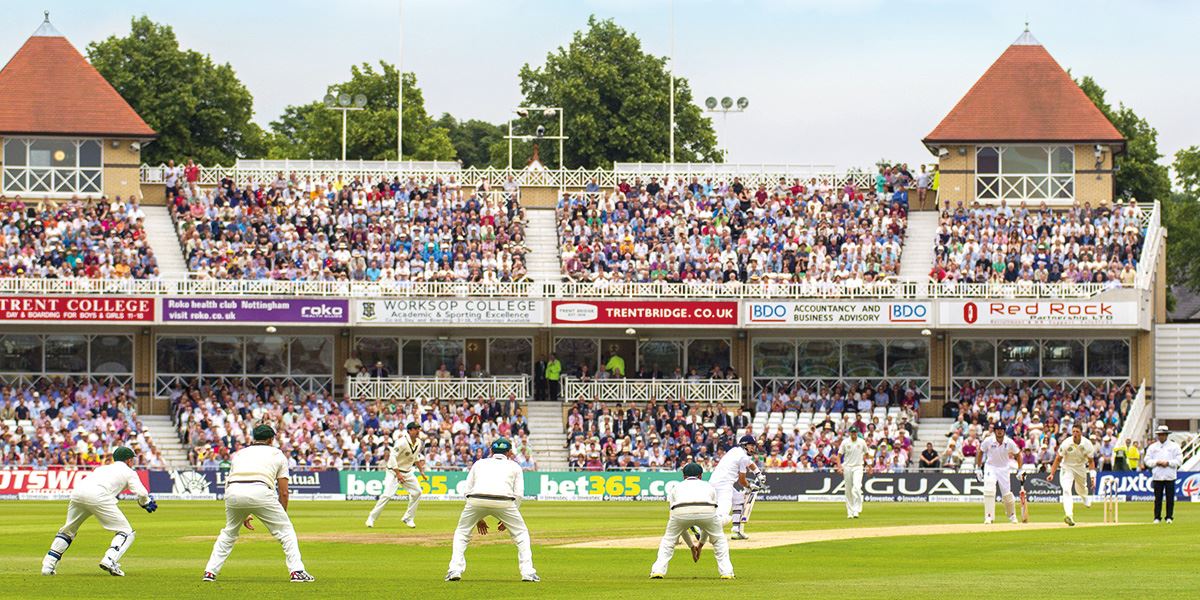 Notts County women’s team is one of the best in the country; Forest seem inevitably due for a return to the top-flight, and in 2015 Nottingham was awarded the accolade of being the first English ‘City of Football’, an honour which brought lottery funding to boost participation and community engagement through football.

When summer comes round Trent Bridge is alive with cricket, especially when international matches are held here. The iconic ground, known throughout the cricketing world, has been the site of some of the most glorious and furious clashes in modern history. Not least in 2015 when local lad and fearsome fast bowler Stuart Broad became a hero by almost single-handedly seeing off bitter rivals Australia on a golden summer’s day that will forever echo around Trent Bridge.

When summer comes round Trent Bridge is alive with cricket, especially when international matches are held here

As the home of Britain’s most famous ice-skating duo, Torvill and Dean, whose gold-medal winning performance at the Winter Olympics in 1984 has gone down as one of the greatest of all time, Nottingham has become a national hub for ice skating and ice hockey. The National Ice Centre is home to the first twin Olympic-sized ice rink in the UK, and one of Britain’s best ice hockey teams, the Nottingham Panthers.

The county can also claim the best man-made water sports facility in Britain, the National Water Sports Centre at Holme Pierrepont Country Park, where national and international events are regularly held. And also just on the edge of the city on University Boulevard, is the Nottingham Tennis Centre, venue of the Nottingham Open and a host of tournaments throughout the summer. 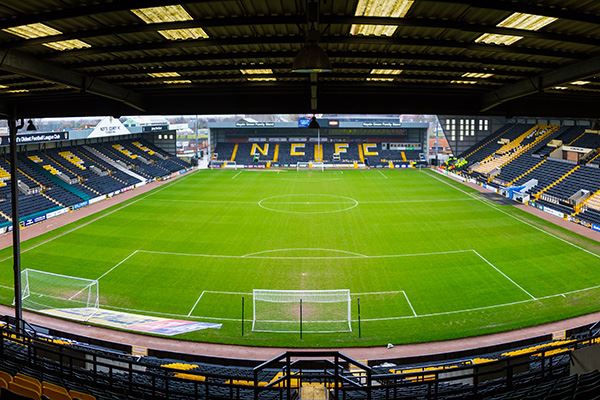 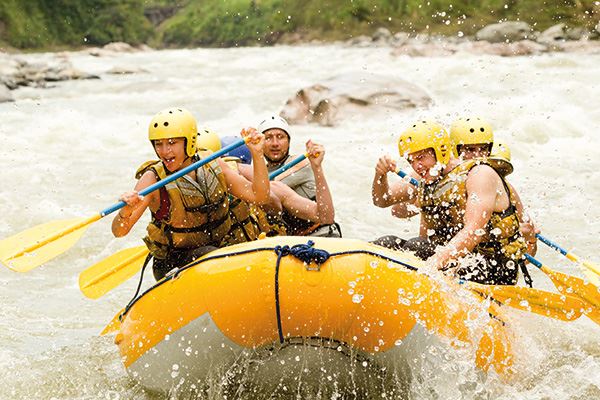 Take part in some watersporting action

And there are plenty of options for the golfer, not least the course in the magnificent grounds of Wollaton Hall, which was used in the 2012 movie Dark Knight Rises as the home of Bruce Wayne. Perhaps as a nod to the county’s most infamous outlaw, Nottinghamshire is also known for its archery, and in 2016 hosted the European Archery Championships. You’ll see the Sherwood bandit is never far from people’s minds here – the annual marathon held in the city is called the Robin Hood Marathon.