Among the many things London does well are museums and galleries. In 2017 London was named the museum capital of the world – in joint place with Washington DC – with four of its museums among the most visited worldwide.

The British Museum in Great Russell Street is London’s most popular cultural hotspot but don’t let the crowds put you off. The grande dame of the UK’s museums opened in 1759 and is crammed full of fascinating artefacts from across the globe. The most popular exhibits are undoubtedly the Egyptian mummies, the Rosetta Stone and the Anglo-Saxon ship burial from Sutton Hoo, Suffolk – one of the most spectacular and important discoveries in British archaeology.

For further museum action head to South Kensington, where world-class offerings including the National History Museum line up along the aptly named Exhibition Road.

The Natural History Museum’s dramatic Gothic exterior is impressive enough but it’s when you step inside that the real magic happens. The magnificent cast of a blue whale skeleton dominates the entrance hall and hints at what’s to come. You’ll find animatronic dinosaurs, fossils large and small and life-size creatures from hippos to horses in the museum mammals gallery. Between April and November there’s a beautiful outdoor wildlife garden and every winter the museum premieres the Wildlife Photographer of the Year competition before it tours more than 60 cities across the world. 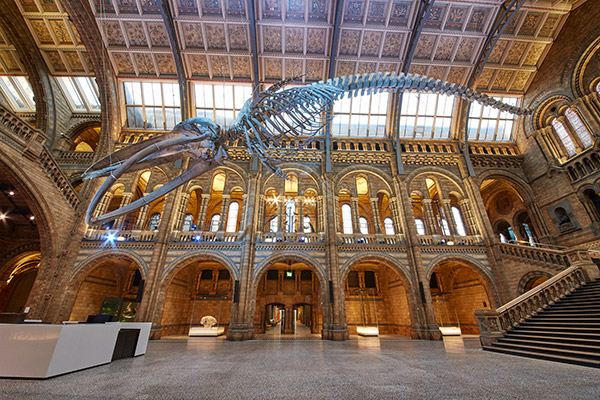 The magnificent blue whale skeleton at the Natural History Museum 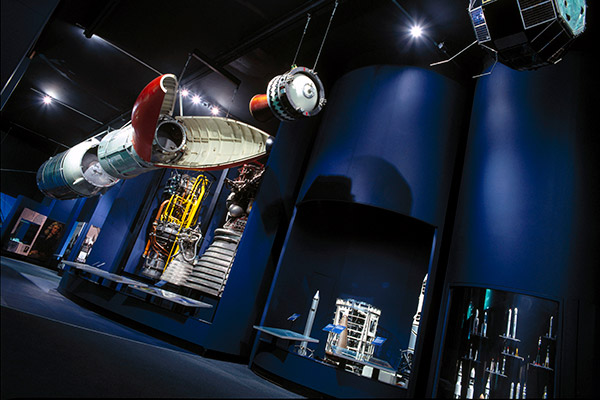 Exploring Space in the Science Museum

Want to cram in some more learning? Then head down the road to the Science Museum. Featuring seven floors of educational and entertaining exhibits, this museum forms an enduring record of scientific, technological and medical achievements from across the globe.

Perhaps the most spectacular of its exhibitions is Exploring Space, which includes full-scale models of the Beagle 2 Mars Lander as well as the huge Spacelab 2 X-ray telescope, which has flown on British space missions. There’s also the Apollo 10 command module and a flight simulator where you can perform your very own aerial acrobatics, just like the famous Red Arrows.

The museum’s in-house IMAX cinema shows scientific films in 3D, allowing visitors to be surrounded by space or submerged in the depths of the ocean.

Founded by Queen Victoria in 1853, the nearby V&A is the largest museum of decorative arts and design in the world. Some 150 grand galleries showcase over 5,000 years of human creativity including countless pieces of furniture, ceramics, sculpture, paintings, posters, jewellery, metalwork, glass and textiles.

Highlights include The Raphael Cartoons, and seven full-scale tapestry designs painted by Raphael for the Sistine Chapel. The Ardabil Carpet, the world’s oldest floor covering, and the Luck of Edenhall, a 13th-century glass beaker from Syria, are also impressive.

The fashion galleries run from 18th-century court dress right up to contemporary chiffon numbers, while the famous photography collection holds over 500,000 images. 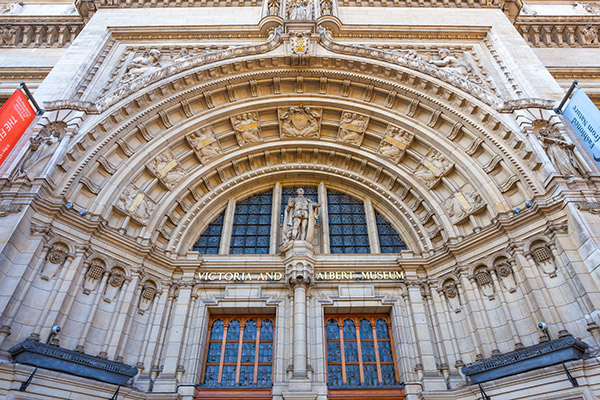 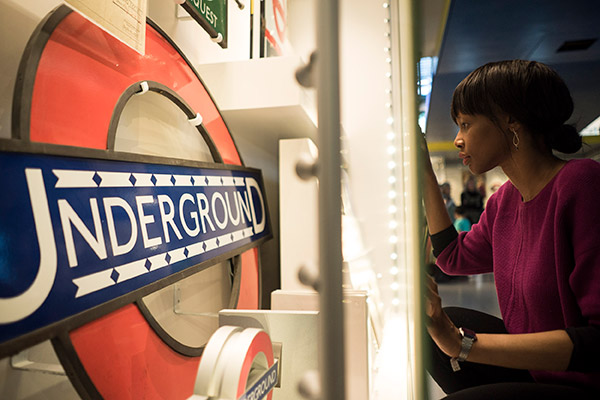 Trainspotters and petrol heads should make for Covent Garden and the London Transport Museum, which gives the lowdown on the city’s transport systems. You’ll learn about the capital’s first licensed public transport, see the first underground engine (steam-powered) and even climb aboard a wooden Metropolitan Railway coach.

Tiny tots can go wild in the ‘All Aboard’ play zone for the under sevens, which includes a fleet of mini vehicles to play on and a selection of dress-up uniforms.

For a sombre look at 20th-century warfare, visit the Imperial War Museum, near Elephant and Castle. The attention-grabbing central hall has terraced galleries featuring wartime vehicles such as a Snatch Land Rover from Iraq and an Argentine operating table from the Falklands, while guns, tanks and aircraft hang from the ceiling.

The museum is probably best avoided if you have young children in tow. The Holocaust Exhibition (not recommended for under 14s) traces the history of European anti-Semitism and its nadir in the concentration camps. The Crimes Against Humanity section (unsuitable for under 16s) is a minimalist space with a film exploring contemporary genocide and ethnic violence.

Did you know that London had a secret tube line that was used exclusively by Royal Mail? Get down to The Postal Museum and you’ll find out how this ‘mail rail’ was used to transport post between city centre depots from the late 1920s until the early 2000s. The best bit is unquestionably the ride through the tunnels on the old mail rail trains.

Want to explore London’s seedy underbelly? Get all the details of the 19th century’s most scandalous crimes at The Jack the Ripper Museum. You’ll hear the story of his gruesome 1888 murders and learn about the lives of some of his victims. 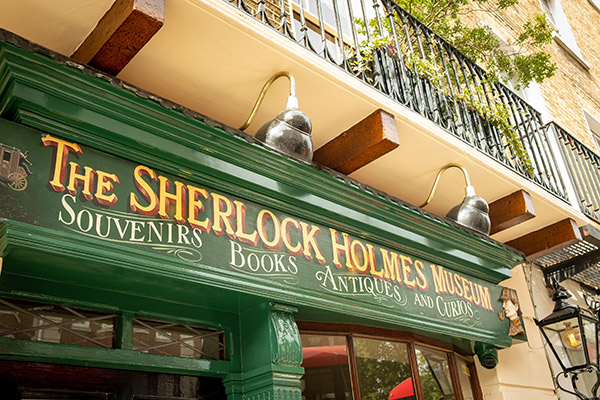 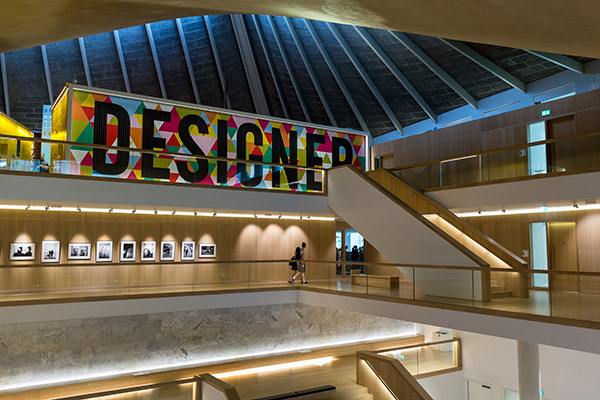 Fans of crime and mystery may also want to pay a visit to The Sherlock Holmes Museum. Although not actually at Number 221b, this museum is indeed in a house on Baker Street and imagines what it would have looked like had the real Holmes and Watson lived there. Get there early to avoid the crowds – the place is quaint but extremely cosy!

The Design Museum relocated to the striking former Commonwealth Institute building on High Street Kensington at the end of 2016. Come here to be inspired by incredible exhibitions on the worlds of fashion, architecture, furniture, and product design.

The National Gallery was founded in 1824 to display a collection of just 36 paintings. Today this Trafalgar Square institution is home to more than 2,000 works, with masterpieces from virtually every European school of art.

The modern Sainsbury Wing contains the gallery’s earliest works including Italian paintings by early masters like Giotto and Piero della Francesca, while the West Wing showcases Italian Renaissance masterpieces by Titian and Raphael. For the biggest crowd-pleasers, though, the East Wing wins hands down. Blockbuster attractions include one of Monet’s waterlily paintings and one of Van Gogh’s sunflowers series.

Also in Trafalgar Square, The National Portrait Gallery is home to the world’s largest collection of portraits, from Tudor times to the present day. It also happens to have one of the best rooftop restaurants in London with views stretching from Nelson’s Column down Whitehall to the Houses of Parliament, Big Ben and the London Eye. 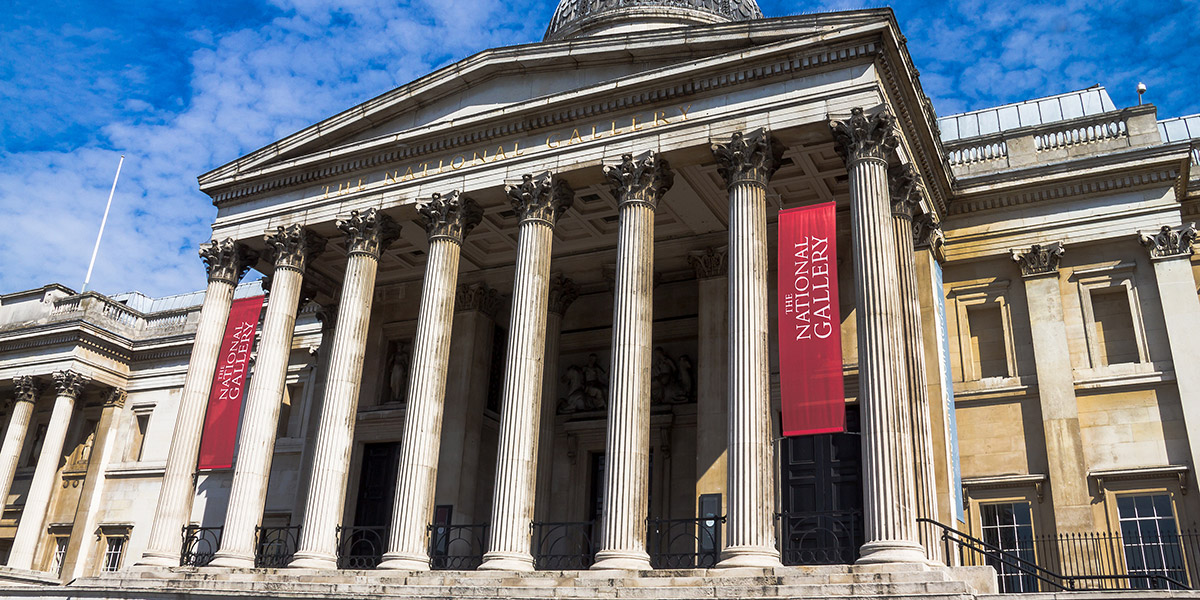 London is awash with fantastic modern art and the Tate Modern, set in an imposing former power station on Bankside is the best place to see it. Hailed as the world’s most popular contemporary art museum, it attracts millions of visitors a year.

In the main building, the cavernous turbine hall is used to jaw-dropping effect as the home of large-scale, temporary installations, while the permanent collection has been expertly curated and draws from the Tate’s collections of modern art featuring the likes of Matisse, Rothko and Beuys.

June 2016 saw the opening of a massive new extension. Named Switch House, the twisted, off-kilter building is a piece of artwork in itself.

For more contemporary art, head over to Chelsea and The Saatchi Gallery, whose fabulous art collection includes pieces by young and international artists that are rarely exhibited in the UK.