Warwickshire is the beating heart of Shakespeare’s England so it’s only right to pay homage to the famous Bard by spending a day walking the cobbles of oh-so-pretty Stratford-upon-Avon. Wandering around the thatched roofs and timber clad buildings you could be in the middle of one of his sonnets. There are plenty of trails and guided tours that allow you to soak up both the Tudor atmosphere and hear the stories that inspired Shakespeare to put quill to paper. 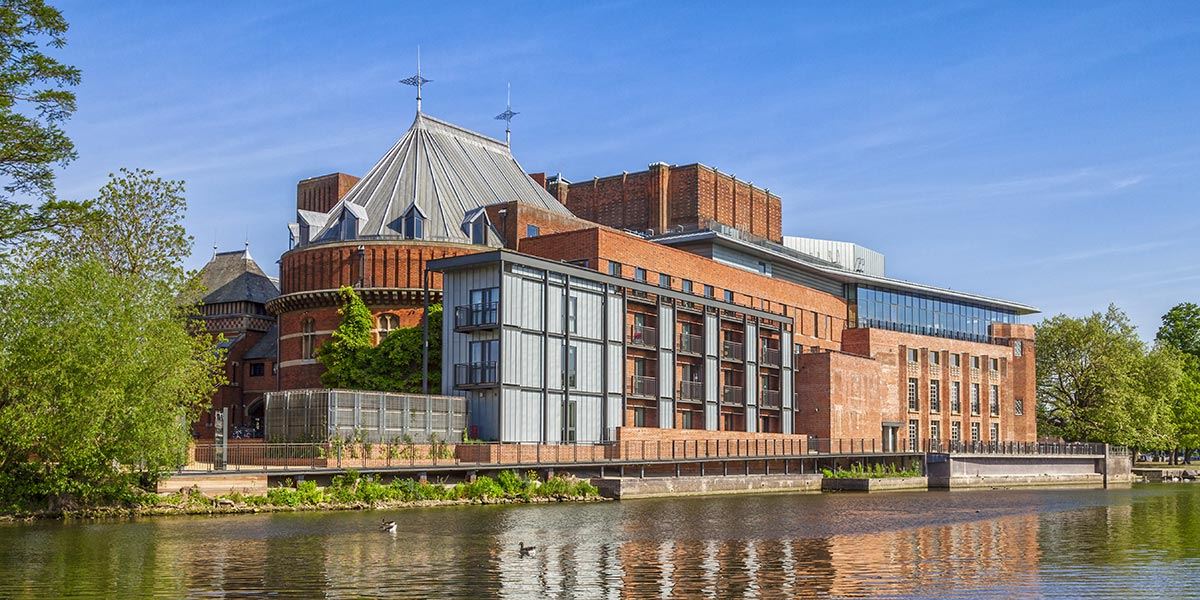 There’s also Tudor World, a small and independent museum devoted to the Tudors – the only one in the country. Discover what life was really like during Shakespeare’s time. Take your place at an Elizabethan dining table; rest in a four-poster bed or watch true tales of the ‘old beliefs’ as different areas of Tudor life, interwoven with stories of the building and the town’s rich history are recreated. 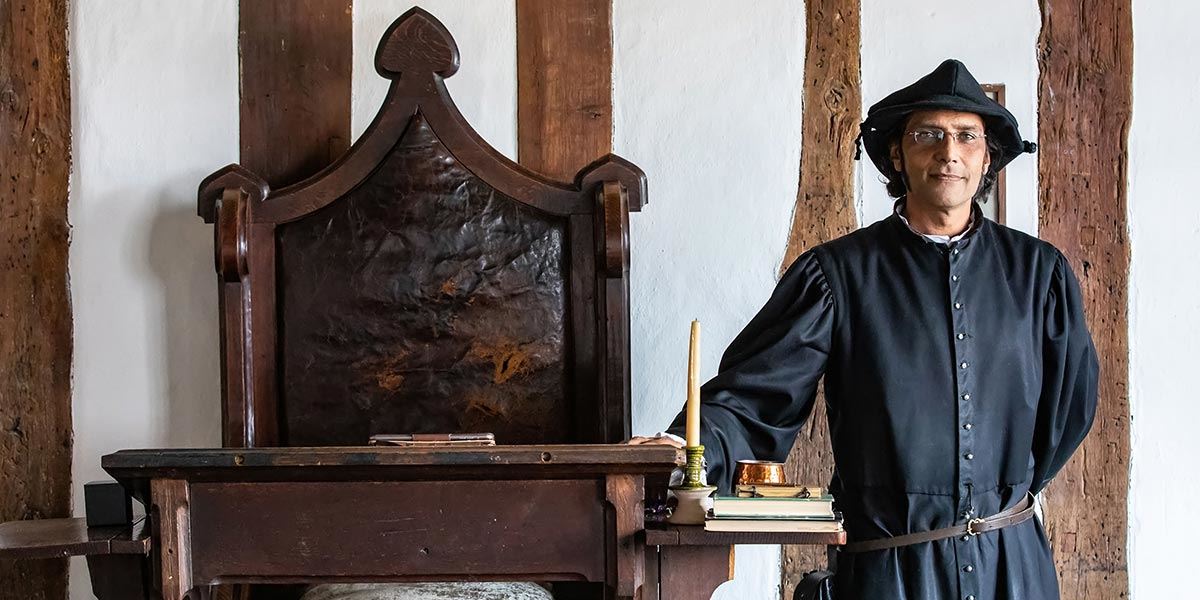 At Shakespeare’s Schoolroom and Guild, discover where the Bard was educated and inspired to become the world’s greatest playwright. Explore the schoolroom where William sat from 1571 to 1578 and visit the council chamber where his father served as bailiff (mayor) and experience the space where he first witnessed performances by the country’s leading actors. 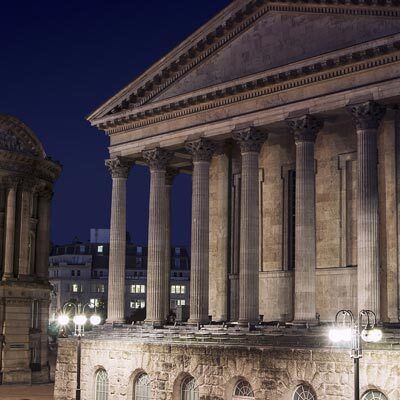 Check out the UK's 'second city', the real heart of England Find out more > 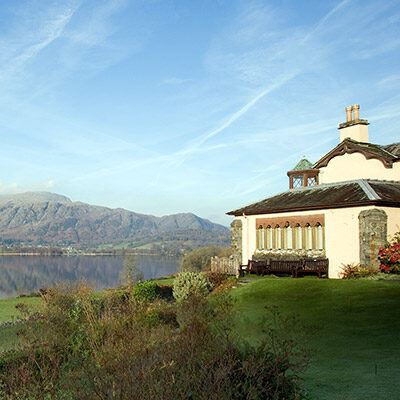 Do you love all things arts and culture?

Find out which writers, poets and painters have been inspired by the Lake District Find out more > 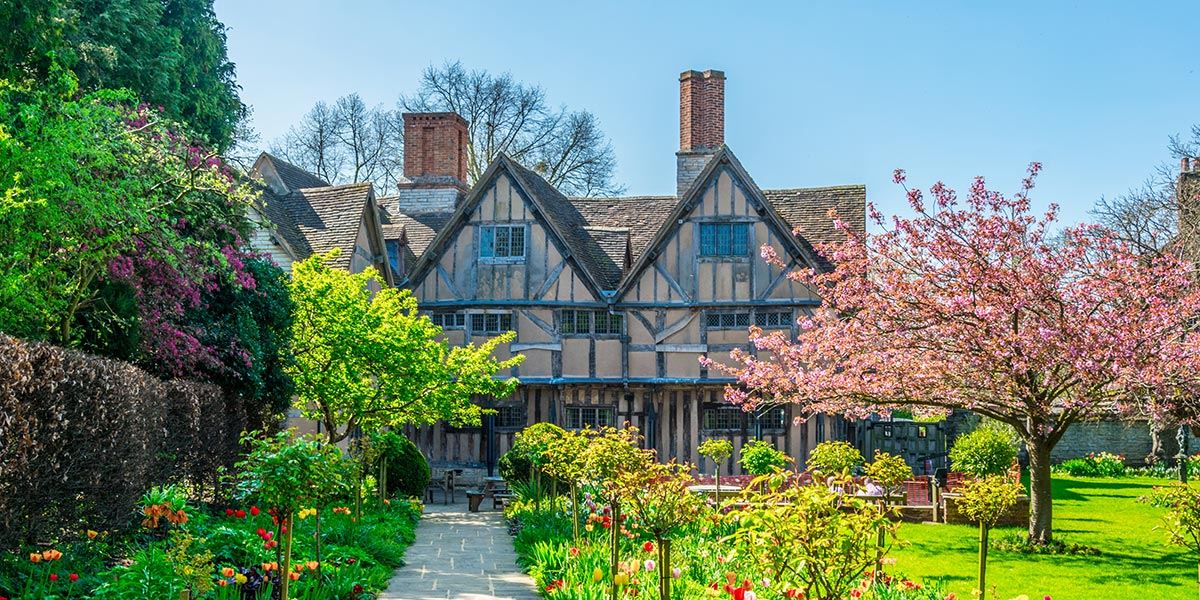 Explore Hall’s Croft, the beautifully-furnished Jacobean home of Shakespeare’s daughter Susanna and her husband, the physician John Hall. Wander into the tranquil walled garden and discover the fragrant medicinal herbs, as John Hall would have used in his remedies. The main part of this timbered property was built in 1613. For most of its history, it has been the home of prosperous, often professional people and in the mid-1800s it served as a small school. The Shakespeare Birthplace Trust purchased Hall’s Croft in 1949 and, after substantial repairs and alterations, opened it to the public in 1951. 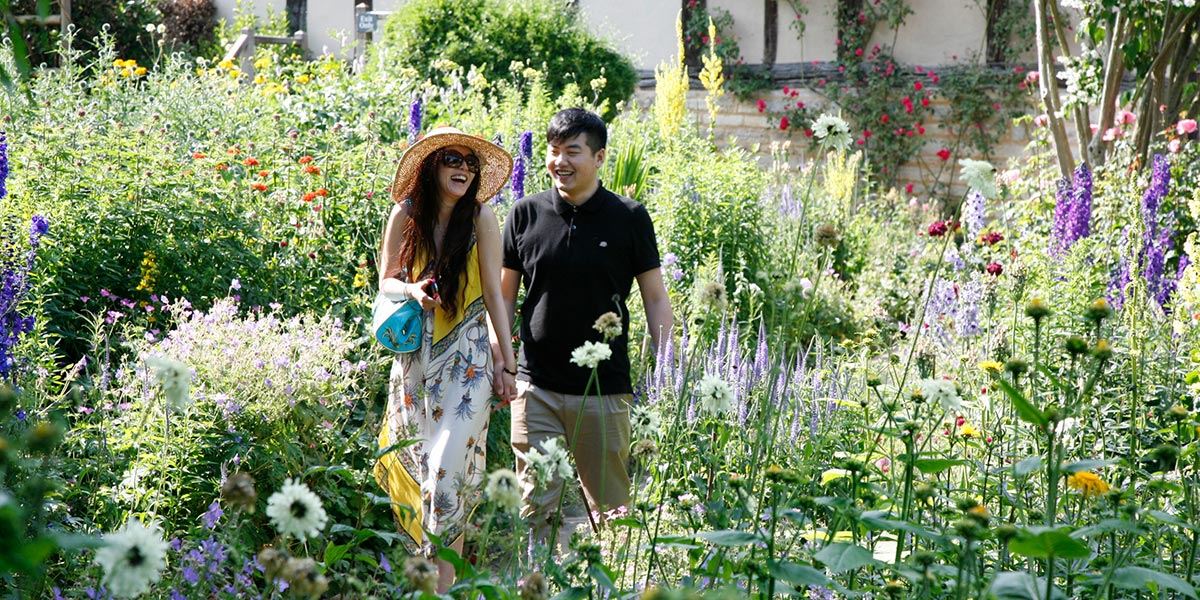 Wander through the beautiful garden at Anne Hathaway’s Cottage

Visit the centuries-old family home of Anne Hathaway, Shakespeare’s wife, where new love bloomed. Located a mile and a half outside of Stratford-upon-Avon in Shottery, the cottage is a substantial half-timbered house and exhibits rare artefacts, including a copy of Shakespeare’s First Folio.

Take a look around Hall’s Croft