Travel around Nottinghamshire with ease with a number of different options.

Nottingham Express Transit (NET) is your direct connection to shopping, leisure and tourist attractions in Nottingham and the surrounding areas. The NET trams provide a quick and easy way to get across Nottingham. They travel as far as Hucknall and Clifton and serve a number of Park & Ride car parks. There are five stops in the city centre and it takes less than eight minutes to travel across town.

East Midlands Railway connects to Worksop in the north of Nottinghamshire with stops at Creswell Crags and Newstead Abbey, as well as Newark in the east of the county. London North Eastern Railway and Cross Country Trains also stop at a number of Nottinghamshire towns. Plus, Northern Rail provides local, direct train services to Nottingham from Sheffield, Leeds, Barnsley and Chesterfield. 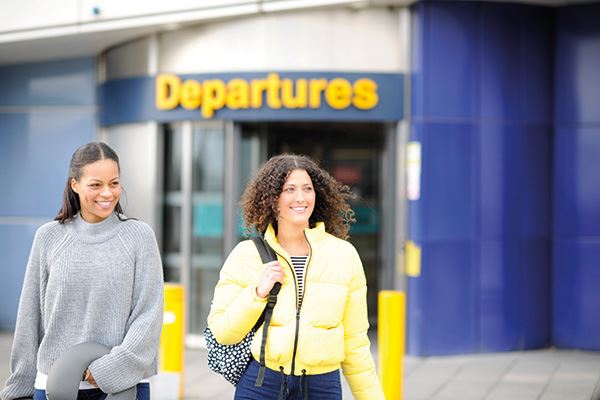 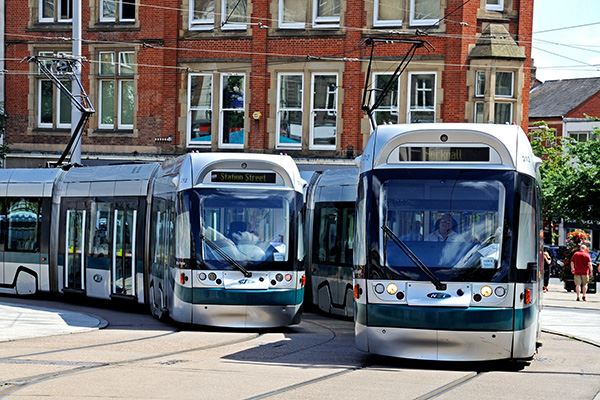 Catch a NET tram while in the city

You will not be short of buses to get you around the county. Most bus services from the city operate from Nottingham’s Broad Marsh and Victoria bus station and buses around the city are mostly operated by Nottingham City Transport. Some of the key services around the county are:
• The Sherwood Arrow service operated by Stagecoach from Ollerton to Worksop will take you from Nottingham Victoria to Sherwood Forest. Stops include White Post Farm and Rufford Abbey Country Park. Stagecoach has a number of services that operate throughout the north of the county with key stops at Mansfield, Newark, Retford and Worksop. The Pronto operates a regular service from Nottingham Victoria and will take you to Newstead Abbey.
• There are a number of Trentbarton services in Nottinghamshire including the Rainbow one service to Eastwood for DH Lawrence Birthplace and Skylink for East Midlands Airport.

Nottinghamshire is ideal for exploring on foot or by bike, whether you’re visiting the city of Nottingham or one of our beautiful rural spots.