Archeological evidence dates the oldest human artefact found within Birmingham as a 500,000-year-old axe. It was in Anglo-Saxon times that the name was first recorded in the Domesday Book of 1086 as a small village called Beormingham worth 20 shillings.

Lord of the Rings

The name means the home of the Beormingas, or Beorma’s people. Also recorded at the time were other, somewhat larger manors Aston, Erdington, Edgbaston, Selly and Northfield. The first impetus in its transformation of what the city is today came in 1166 when Lord of the Manor, Peter de Birmingham, purchased a royal charter from Henry II permitting him to hold a weekly market “at his castle at Birmingham”.

Within the space of a century, Birmingham had grown into a prosperous town of craftsmen and merchants and, by 1332, it was the third largest town in the country. New Street was first recorded in 1296 with Moor Street following in the late 13th century. Of course, one shouldn’t draw any conclusions, but the three oldest buildings are all pubs: the Lad In The Lane in Erdington dates back to 1400 while evidence suggests that both The Old Crown in Digbeth and the Saracen’s Head in Kings Norton were both completed in 1492. By the 1520s, it was the third largest town in Warwickshire, with the 16th century seeing an expansion in manufactured goods, marked by the concentration of iron merchants and, by the early 17th century Birmingham’s economy was dominated by manufacturers of the new metal trades. 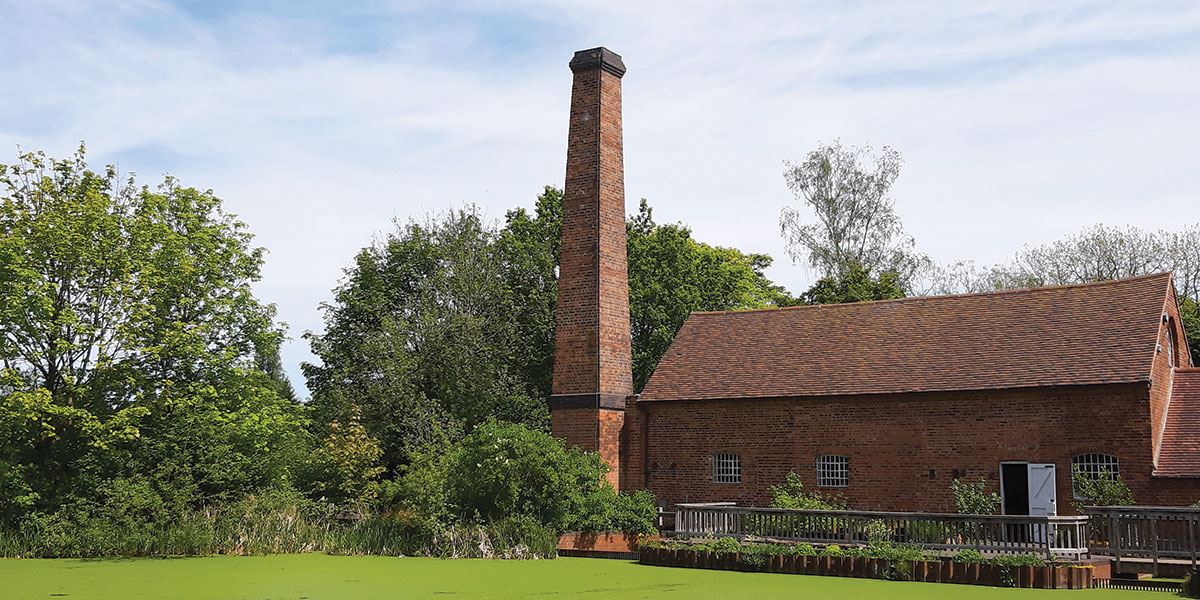 JRR Tolkien, author of the Hobbit and Lord of the Rings trilogy has stated how the Sarehole Mill and rural surroundings inspired his writings of Middle-earth

During the Industrial Revolution, Soho House in Handsworth was home to steam engine pioneer Matthew Boulton and where the Lunar Society, whose members included the era’s greatest thinkers and scientists, gathered to discuss ideas that would transform the way we live. The house also boasted the first warm air heating system in a British home since the Romans, which presumably made the thinking easier.

Along with Hall Green’s 18th-century Sarehole Mill, an inspiration for JRR Tolkien’s Lord of the Rings, and the self-explanatory Museum of the Jewellery Quarter in Hockley (and its associated Pen Museum), they form the city’s five community museums.

As the Industrial Revolution gathered pace, thousands of cheap back-to-back houses were built around courtyards to provide homes for the workers. A National Trust property, the Birmingham Back To Backs, in Inge Street, are the only three that have survived, now themed to recreate life across four different periods between 1840 and 1977, telling the stories of those who lived and worked here. Among them was George Saunders, a St Kitts tailor who ran his shop on the site for 30 years, and whose life is documented in the Roots To Youts film. Birmingham was finally established as a city in 1889.

Within the space of a century, Birmingham had grown into a prosperous town of craftsmen and merchants and, by 1332, it was the third largest town in the country

The first recorded instance of the term being found in Rev William Gresley’s 1846 novel Colton Green: A Tale of the Black Country, there’s a multiplicity of definitions as to what constitutes the Black Country and from where the name originates, but the consensus generally traces it back to the Industrial Revolution, the term first found in the 1840s, differing views holding that the term comes from the high level of pollution from the smoke and the subsequent soot that gathered (Dickens actually mentions this in The Old Curiosity Shop while some argue that Mordor in Lord of the Rings, translating as the Black Land, is a direct reference to the region) or, as traditionalists would have it, the area where the 10-metre-thick coal seam came to the surface.

Taking the latter, the boundaries would encompass West Bromwich, Coseley, Oldbury, Blackheath, Cradley Heath, Old Hill, Bilston, Dudley, Tipton, Wednesfield and parts of Halesowen, Wednesbury and Walsall, but exclude Wolverhampton, Stourbridge and Smethwick. Popularly, however, the region is seen to primarily consist of the four metropolitan boroughs of Dudley, Sandwell, Wolverhampton and Walsall.

Today home to around 1.1m people, including some 40 per cent of the West Midlands’ Indian community, its history can be traced back to Anglo-Saxon charters and chronicles with mention of Wolverhampton, where a monastery was founded, Bilston and Wednesfield while Cradley, Smethwick, Halesowen and Dudley are included in the Domesday Book of 1086, the latter’s castle being built in Norman times. 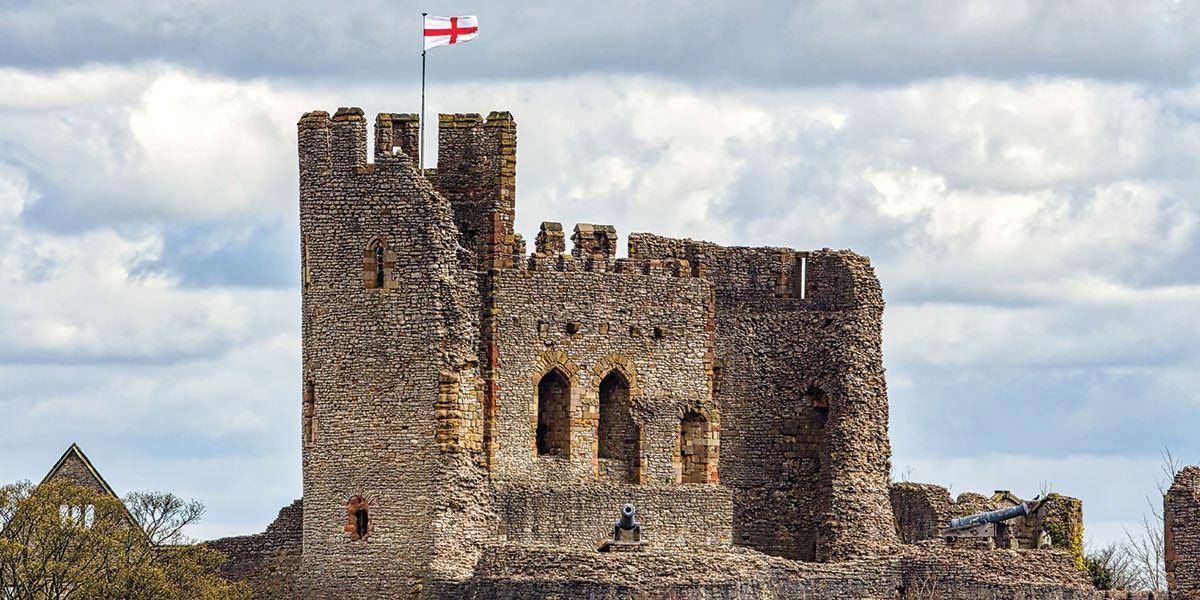 Mostly rural, many villages, notably Dudley (Dudley Castle pictured above), Walsall and Wolverhampton, grew into market towns and boroughs during the 12th and 13th centuries

Mostly rural, many villages, notably Dudley, Walsall and Wolverhampton, grew into market towns and boroughs during the 12th and 13th centuries. Coal mining in the area was already being carried out in medieval times while metalworking had established its presence in the 16th century with region’s first blast furnace being built at West Bromwich in the early 1560s. Industrialisation took hold early, records noting that the nails for Henry VIII’s Nonsuch Palace came from Dudley where an incredible 20,000 smiths worked.

During the early 17th century, both the iron and glassworking industries began to flourish, the latter around Stourbridge, while, both it and Dudley supplied cannon and shot to Charles I during the Civil War. In 1712, the world’s first working steam engine, the Newcomen, was built near Dudley and the establishment of an iron works near Bilston in 1757 and, expanding the already extensive canal network, James Brindley’s construction of a canal linking Birmingham and the Black Country mines further bolstered the region’s industrial foundations.

By Victorian times, based around iron, steel and coal, the region was one of the most industrialised in the country, indeed the anchors and chains for the Titanic were manufactured in Netherton, while its power was underscored by a 1913 strike in which steel workers demanded and got a minimum weekly wage of 23 shillings in parity with those in Birmingham. Inevitably, as across the country, industry eventually began to decline, the last colliery being closed in 1968, and began to be supplanted by retail, today largely concentrated on the out of centre retail parks such as the Merry Hill  that were developed in the 1980s.