History and Heritage of Derry-Londonderry

With ancient castles, beautiful landscapes and captivating tales, the history of Derry-Londonderry is truly a fascinating one.

In AD 546 the Donegal monk Colmcille (also called St Columb) built his first monastery on a hill on the western bank of the Foyle. This hill was curious, in that it was wooded, but surrounded by river and bog. The native Irish word for this is Doire.

At the time, it was known as Doire Calgaigh, the oakwood of Calgach, a local hero. In time it became known as Doire Columcille, after the founder of the first Christian settlement. For centuries, Gaelic lords like the O’Dohertys held sway. 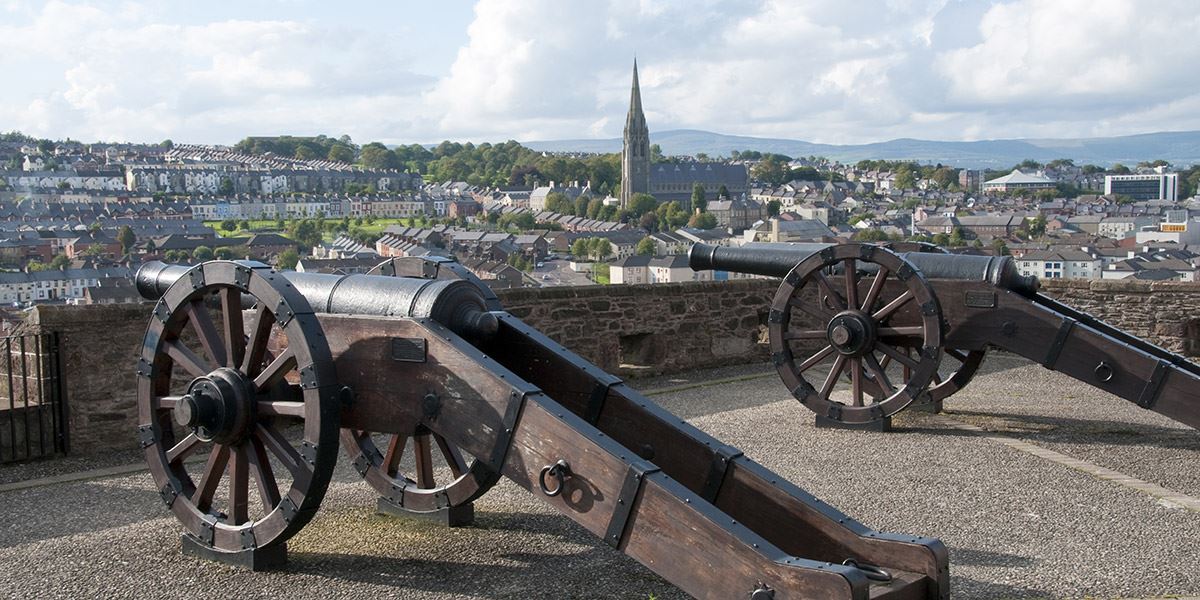 In 1600, medieval Doire, now anglicised as Derry, was fortified against these native Irish clans by the English Sir Henry Docwra. Eight years later, after the Irish general Sir Cahir O’Doherty burned it to the ground, London responded with the “Plantation” of English and Scottish Protestant settlers. A new city was built, with huge stone and earth fortifications funded by the City of London.

Renamed Londonderry in 1623, it remained a Protestant Parliamentary garrison in the Irish Confederate Wars of the 1640s – the bloodiest in Irish history. There were sieges from Protestant and Catholic armies alike – including, in 1688-89, a siege by a small army loyal to the Catholic King James II. Tradition has it that the city’s apprentice boys closed the gates.

In 1600, medieval Doire, now anglicised as Derry, was fortified against these native Irish clans by the English Sir Henry Docwra

Battle of the Boyne

William III’s defeat of James at the Battle of the Boyne the following July secured Protestant ascendancy over the region, sparking huge emigration. In the late 18th century the city became a major shirt-manufacturer, but the partition of 1922 left Derry under unionist control, separated from Donegal, isolated from international markets and in decline.

In the late 1960s, in a bid to end widespread anti-Catholic discrimination, the Northern Ireland Civil Rights Association was formed, but met violent opposition from the Protestant police force. The Troubles were starting. In January 1969, after police attacked Catholic homes in the Bogside, residents erected barricades, declaring a self-policed ‘Free Derry’ area. That July saw the first victim of The Troubles – Samuel Devenney, a victim of the January police attacks. 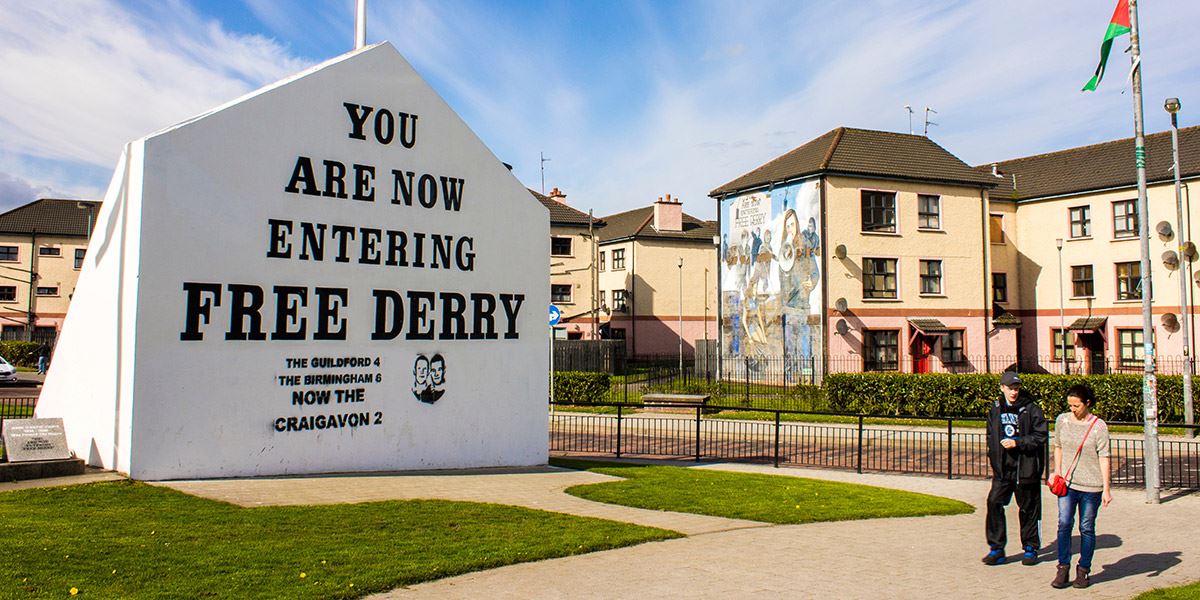 ‘Free Derry’ is of significant historical prominence within the city

August 1969 saw British troops on the street, in the Battle of the Bogside. Internment without trial was introduced, and Free Derry began to be defended by armed IRA units, who began to bomb commercial targets. A turning point came on 30 January 1972 with the Bloody Sunday massacre, when the British Army responded to a civil rights march by sending in elite troops. The Parachute Regiment shot and killed 13 unarmed civilians, wounding 14.

In Dublin, the British Embassy was burned to the ground. With support for the IRA rising, the British government imposed Direct Rule and sent 22,000 British Army troops into nationalist areas like Free Derry, ending Northern Ireland’s last no-go areas at the price of the highest British troop concentration in the history of counterinsurgency.

Council boundaries were redrawn, ending unionist political control over the mainly nationalist city. Violence continued until the signing of the Good Friday Agreement in 1998. Sectarianism is less prevalent today. Across Northern Ireland, 29 per cent of Protestants define themselves as Irish. Some Catholics, meanwhile, would vote to stay in the UK.