Whether it’s a weekend break or a mid-week treat, 48 hours in Derry-Londonderry is a guaranteed feast for all the senses.

Pass the Guildhall and the Peace Flame, and grab dinner at funky Brickwork on Magazine Street. Go up the stairway at Castle Gate to the stupendous City Walls, built in 1619 to defend Protestant settlers from the native Irish and now the most complete circuit of walls in Ireland. Pop in for a drink at Peadar O’Donnell’s – maybe staying on for a lively trad session from 10pm.

After breakfasting leisurely at Warehouse Number 1, it’s time to get to know some of the city’s history. Take a guided tour of the Bogside, for an insight into the Civil Rights movement, the Bloody Sunday massacre and the beginnings of The Troubles, when it seemed the city was at the centre of world attention. There are guided tours from outside the Guildhall, and also from the excellent Free Derry Museum, which has excellent archive material from the era. 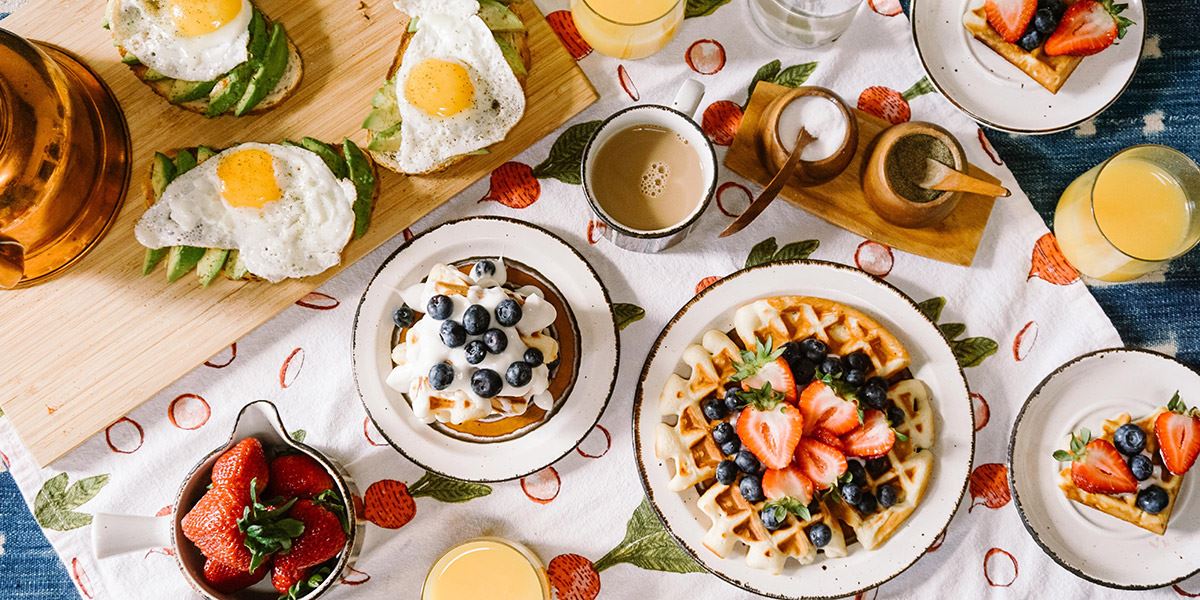 Start the day off with a hearty breakfast

Get a closer look at the People’s Gallery – the huge murals painted on Rossville St by the Bogside Artists, marking key events in the Troubles. Grab a sandwich and tea up the hill at Bog Café on Waterloo Street or, if you need to stretch the legs, Coffee Tree on Strand Road. 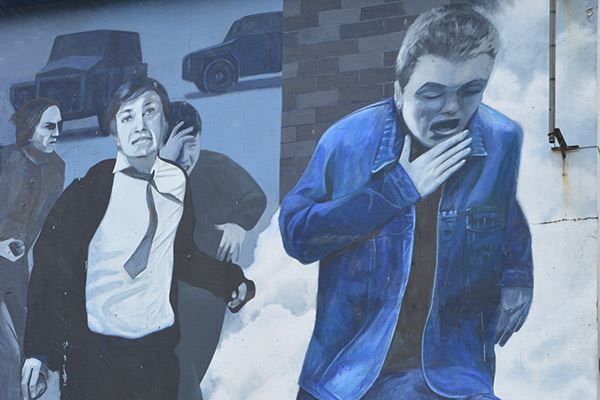 Take a tour of the People’s Gallery 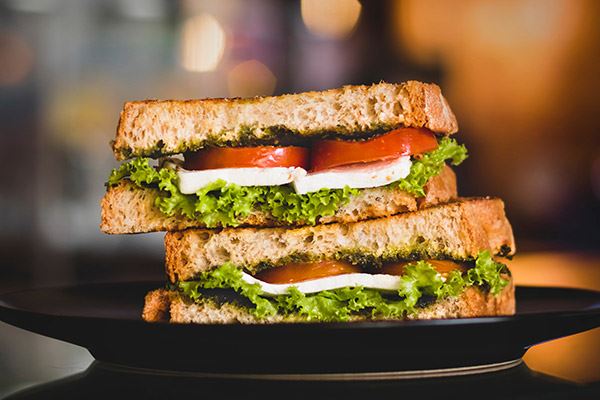 After lunch, if you want to see the historic sights outside the city, take a taxi to the Grianán of Aileach, just 10 minutes away – or take a bus to one of many seaside villages and towns along the Inishowen Peninsula. On returning, grab some dinner at Pyke ‘N’ Pommes on the Foyle estuary, and take a casual, 20-minute stroll back into town along the riverside to Bennigans, a local secret. Catch a few tunes there before moving on to Sandinos cafe bar, and then proceed on your merry way to Blackbird or any of the many pubs around Waterloo Street or Shipquay Street.

After lunch, if you want to see the historic sights outside the city, take a taxi to the Grianán of Aileach, just 10 minutes away

Breakfast at Primrose, which boasts superb views across the Foyle to the Waterside woods. It also does a superb full Ulster Fry in a great location. Take a short walk to the Tower Museum, and explore the city’s history, from Columcille’s monastery in the 6th century to the Siege of Derry, the Battle of the Bogside and The Troubles. There is also the wreck of a ship from the Spanish Armada on display. 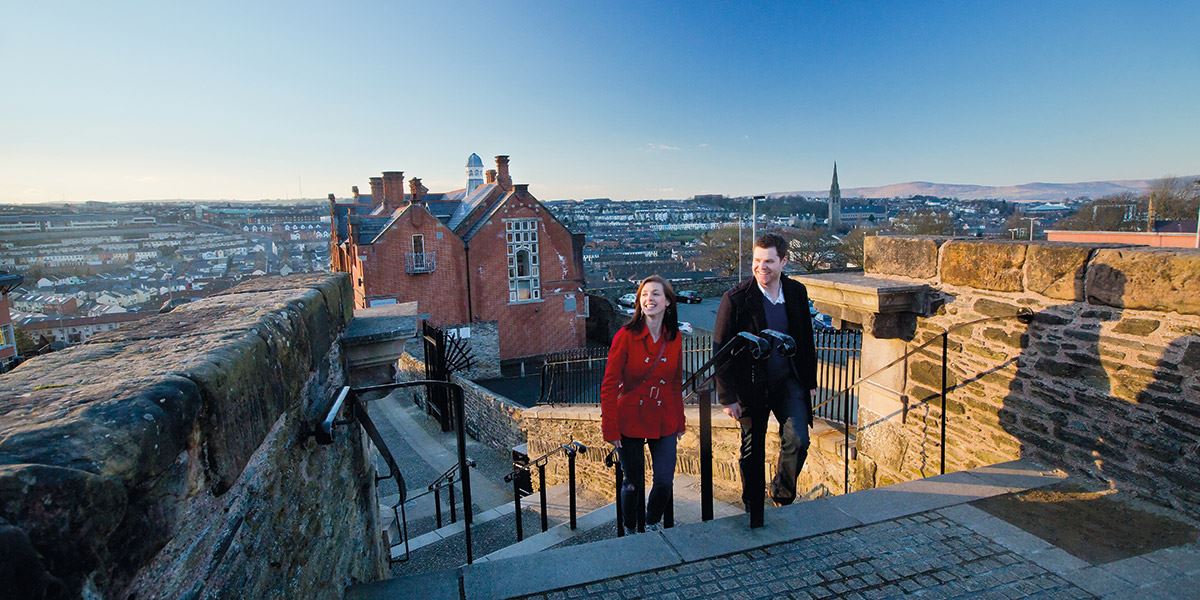 From there, walk the City Walls themselves, which at times rise as high as a two-storey house. Walk towards the Church Bastion, passing the loyalist murals of The Fountain estate and St Columb’s Cathedral, the city’s oldest surviving building. Either take in other churches via the Columba Heritage Trail or complete the wall circuit and alighting at Magazine Gate.

Time for food. Pop three minutes down the road to Spaghetti Junction – a superb Italian restaurant on William Street. Then, cross the Foyle via the Peace Bridge, a languid pedestrian walkway built in 2011, to the Waterside and the renovated Ebrington Square. Grab dessert at Brown’s Restaurant or a tipple at the famous Walled City Brewery before finding an excuse to stay another night, and another music session!