There are many reasons to visit Derry-Londonderry, but here are the top 10.

Enclosed by two great rivers, the Bann and the Foyle, you are entering a region steeped in natural variety, from the beaches of Portstewart to the sweeping cliffs overlooking Downhill Strand, and from the old-growth forests of the Sperrin Mountains to the literary village of Belaghy and the shores of Lough Neagh. 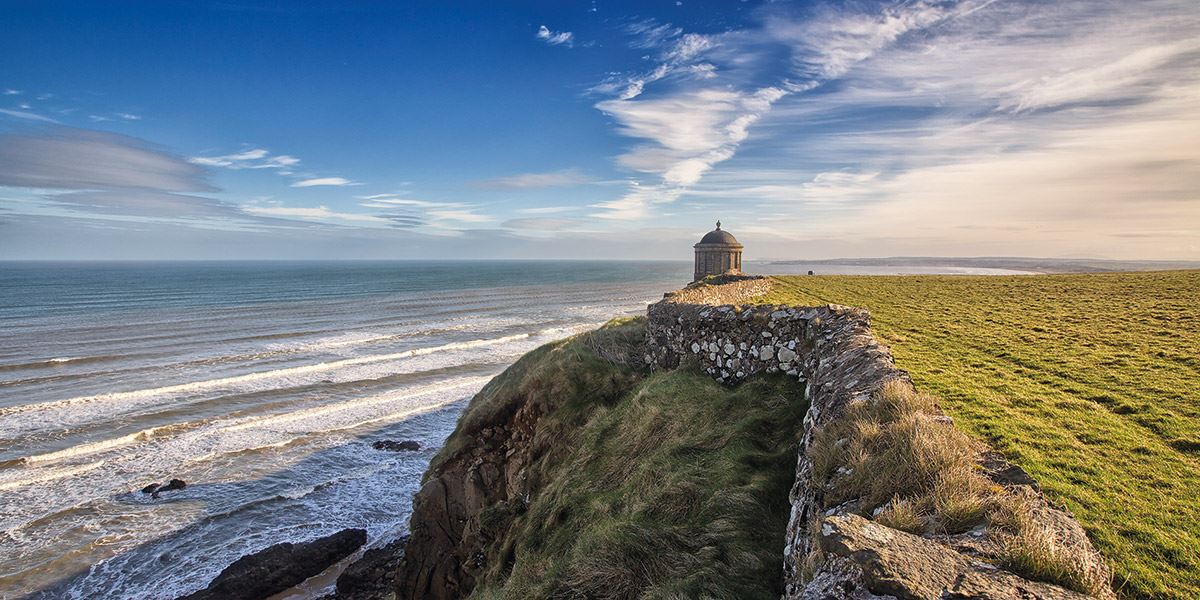 From the ancient early-Christian beginnings at the time of Colmcille, to the Siege of Derry, the Battle of Bogside and Bloody Sunday, surely no small city has witnessed such seismic events that have affected so many across these islands. Allow the people of Derry help you explore it with their customary candour, sensitivity and wit.

So nice they named it twice, Derry-Londonderry has had more alter egos than David Bowie, from Doire Calgaigh to Doire Colmcille, from Derry to Londonderry, from Maiden City and the Walled City to Foyleside. Before The Troubles, most locals used Derry in everyday speech, while many unionists continue to do so. Today, the local government district containing the city is called Derry and Strabane, while city politicians use the inclusive Derry-Londonderry.

A place apart due to its close associations with Donegal, and its large nationalist population, the city has a huge proportion of the population under 25. Yet life proceeds at an unhurried pace here. It’s a city with the atmosphere of a particularly fun and exciting village.

A newly-developed waterfront and Guildhall area, the pedestrian Peace Bridge, the Foyle Bridge and the tasteful remodelling of Ebrington Square means the city has never looked so good. Add in the uniquely well-preserved walls, cathedrals, and the Millennium Forum, and you’re aesthetically spoilt. 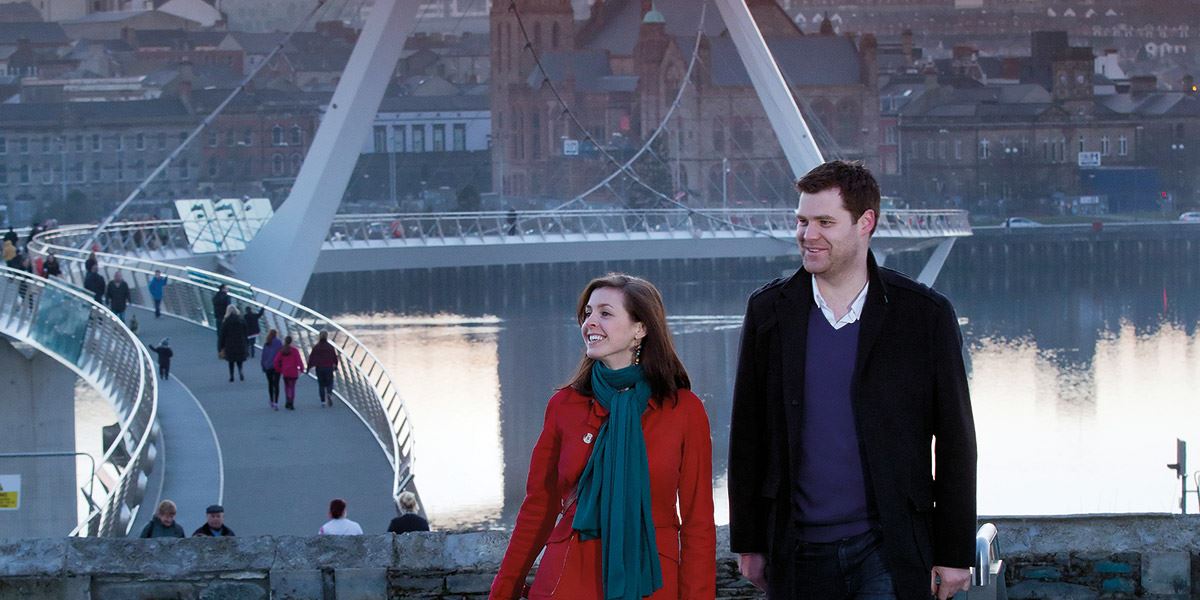 The Peace Bridge, just one of the city’s architectural developments

Derry-Londonderry is sitting on what is soon to be a border between the United Kingdom and the European Union. It also sits at the confluence of Ireland’s two great coastal routes: the Causeway Coastline, and the Wild Atlantic Way. The influences that come from the surrounding counties are palpable.

The Bogside Murals, the Waterside Murals and the Fountain are visually striking street art, testament to how the communities of the city have channelled their historic identities in a visual way.

With gastropubs, street food and contemporary cuisine using local produce at every turn, Derry is the culinary capital of the North West.

With an innumerable pubs playing traditional music seven nights a week, to the rock, jazz and DJ scene, and the plethora of artistic venues, organisations and events, few cities have as much going on after 10pm on a weeknight. 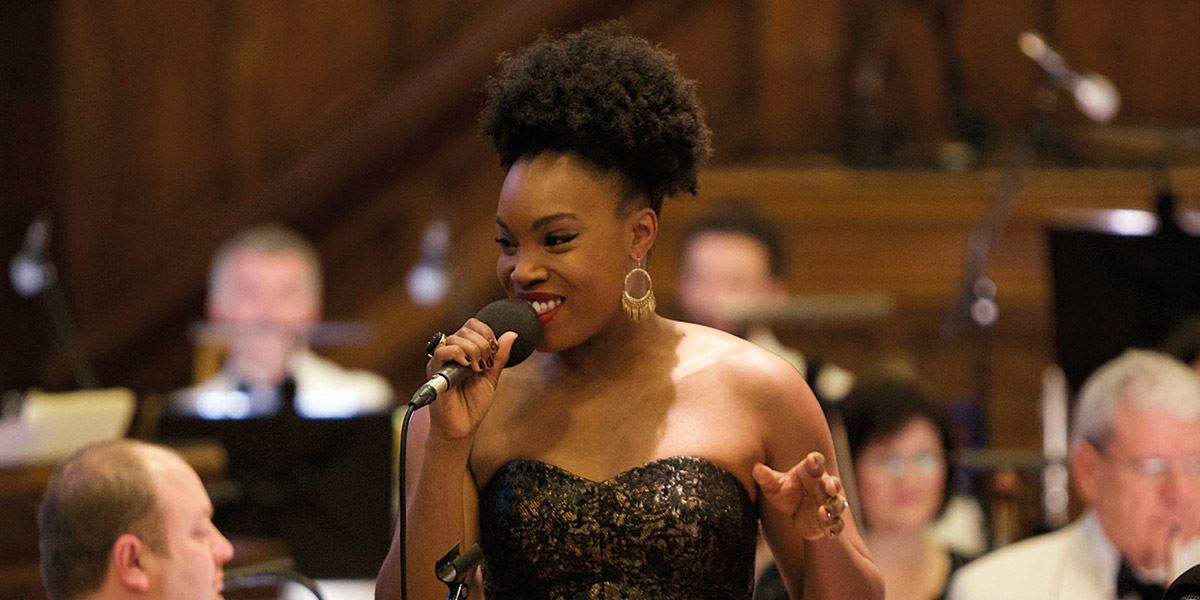 Watch some fantastic performers at the City of Derry Jazz Festival

The city is unique in having its football (soccer) team playing in the Republic of Ireland’s premier division. Yet it is non-sectarian, with Derry City FC due to groundshare with Institute FC, drawn from the unionist east of the city.