Welcome to Ireland’s Ancient East, a region which combines the drama of the Celtic Sea coast with the smooth, beautiful beaches of the Irish Sea.

This is the home of sequestered mountain ranges like the Blackstairs, the Comeragh and the improbably named Knockmealdowns, all offering a still solitude so rare at these latitudes.

And here is where five of Ireland’s great rivers flow into the sea – including the Suir, the Nore and the Barrow, known as the Three Sisters. Welcome, too, to the sunny South – Wexford’s Rosslare sees the most sunshine of any town in the country.

The climate is perfect – the least blustery of any part of Ireland, it also has the record for the highest temperature (33.3 degrees Celsius), at Kilkenny (the clement conditions make tillage and fruit farming uniquely predominant here. Make sure you taste some famous Wexford strawberries, or Carlow Rooster potatoes). And welcome to Irish history. This is a landscape that has witnessed so much over time; a history that has left its mark in the form of castles and abbeys, in round towers and monasteries, in Viking ruins and Norman keeps, and in medieval streets and Georgian terraces. 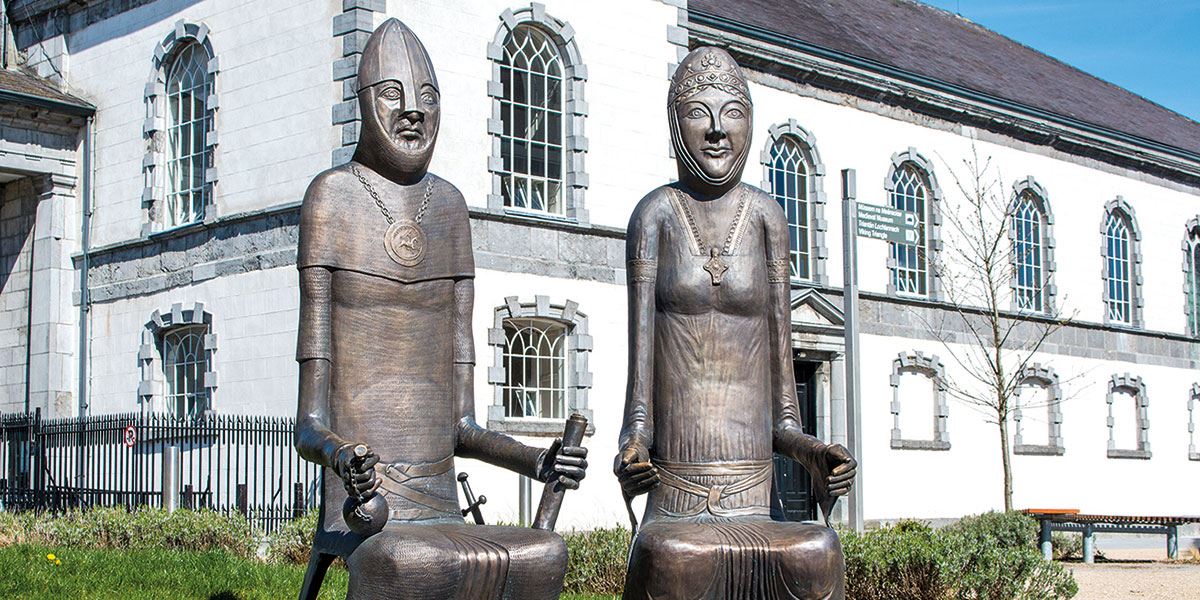 Here, too, is a site that shaped most of Irish history: the first landing by British forces in Ireland, in May 1169, at Bannow Bay, presaging an Anglo-Norman conquest that was to last 750 years. The region’s history has left an enviable architectural inheritance, with stupendous castles at Lismore, Kilkenny, Waterford and outside Wexford. On blustery Hook Head there seems to be more castles and stately homes than people, including Loftus Hall, the most haunted house in Ireland, standing sentry over the ancient Hook Lighthouse.

It is here that you’ll find Ireland’s oldest city – Waterford – and Ireland’s only Norman city Kilkenny – known as the Marble City – with a breathtaking castle, streets full of medieval lore, and a remarkably vibrant arts and crafts scene in its hinterland. It has an enviable restaurant and bar scene, and is the perfect base from which to explore the pretty waterside villages across the southern county (like Bennettsbridge), or Dunmore Cave to the north. It has a wealth of Norman and medieval architecture, including Kells Priory and St Mary’s Church in Gowran.

Femme fatale Kilkenny (Cill Chainnigh, meaning the church of St Canice) is also the origin of historical stories like no other. The phrase “fighting like Kilkenny cats”, is said to stem from a peculiarly gruesome game played by soldiers (of either Cromwellian or Hessian origin) which featured the demise of poor felines.

Here is a site that shaped most of Irish history: the first landing by British forces in Ireland, in May 1169, at Bannow Bay, presaging an Anglo-Norman conquest that was to last 750 years

This compact city was also the scene of the first witchcraft trial in Ireland: that of Dame Alice Kyteler, a banking heiress of Norman stock whose undoubted talents as femme fatale and necromancer led to the untimely demise of her three husbands amid tales of animal sacrifice and demon-worship. (She was said to manufacture ergot, which produced LSD-like hallucinations). Prosecuted for sorcery and heresy, Kyteler escaped with the help of the Irish Chancellor, leaving her handmaiden Petronella to be flogged and burned at the stake on November 3, 1324. Kyteler’s Inn stands on the site of her former house.

This fascinating area is full of historical curios like that. In the middle of Wexford town is a bullring, used in medieval times for the barbaric practice of bull baiting and, these days, for markets. This is a region steeped in culture, hosting Ireland’s two opera festivals in Lismore and Wexford (the latter is a particular highlight), and the home of authors Colm Toibin and John Banville. Here you’ll also find the Kilkenny Arts Festival, Kilkenny Cat Laughs, the new All Together Now festival in Waterford; Carlow Arts Festival; the Bunclody Festival in Wexford, the Gap Arts Festival; Write by the Sea in Kilmore Quay; the West Waterford Food Festival; the Enniscorthy Rocking Food Festival; and the Savour Kilkenny Food Festival. There are many more, too numerous to mention. 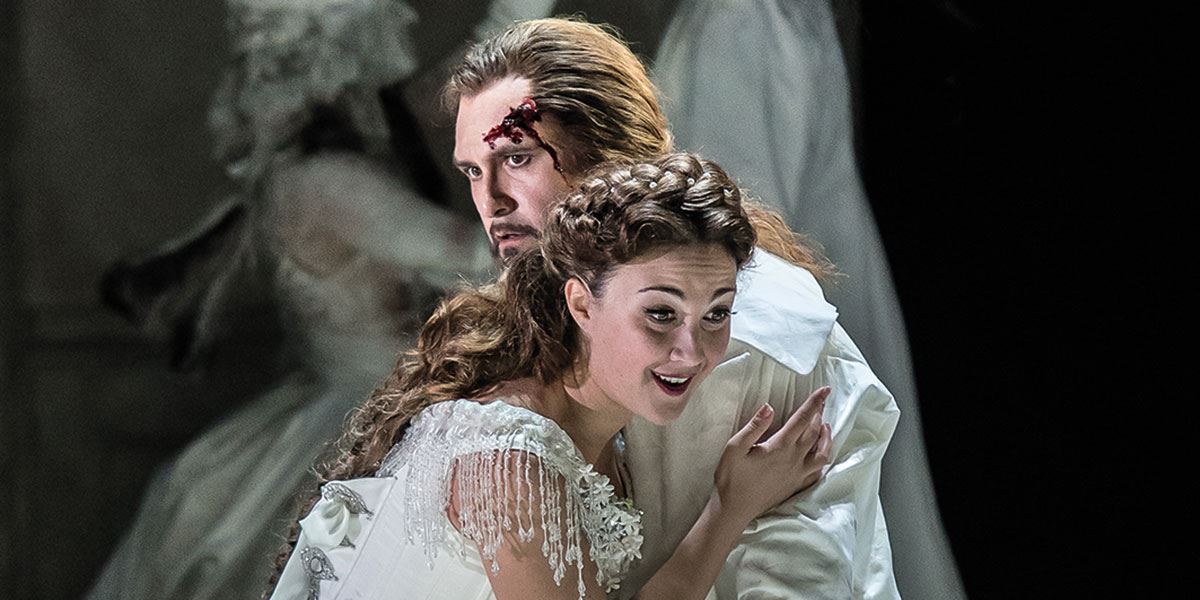 It also has Ireland’s smallest bookshop – Red Books in Bridgetown, County Wexford. Check it out! Heart It’s a region that has colonised everyone who arrived. The original Norman (Anglo-Irish) settlers eventually grew “more Irish than the Irish themselves”. Generations of immigrants, whether from the British landed gentry, or from further afield, have taken the place to their heart in the millennium since. Yet not all came in peace. In 2002, Oliver Cromwell was voted into the top 10 Greatest Britons of all time.

In Ireland, he is remembered for his notorious 1649 campaign, part of the Irish Confederate Wars (or Eleven Years War), in which he besieged Carlow, New Ross, Duncannon, and Waterford – and massacred thousands in Wexford. Estimates for the drop in the Irish population during Cromwell’s Roundhead campaigns of 1649-1653 vary from 15 to 83 per cent! Under the policy of “to hell or to Connacht”, he shipped many overseas to the Caribbean. Cromwell also began the religious apartheid of the Penal Laws, which banned Catholics from: voting; public office; marrying Protestants; teaching; fostering orphans; bearing arms; and owning a horse worth more than £5.

In the middle of Wexford town is a bullring, used in medieval times for the barbaric practice of bull baiting and, these days, for markets

Many of these laws continued into well into the 1800s, when the Great Famine rocked the country, killing one million and forcing another one million people to emigrate. Among them was Wexford man Patrick Kennedy, who sailed to Boston in 1847. Over a century later, his grandson John Fitzgerald Kennedy became the 35th President of the United States of America. You can visit the old Kennedy homestead in Dunganstown, south of New Ross.

Further north you’ll find Enniscorthy, a town with a fine castle and steeped in the 1798 Rebellion, which culminated in a pitched battle at nearby Vinegar Hill. The heart of hurling Although it has a bloody history, the region has been at peace for over a century, and Ireland’s close relationship with its neighbours is mirrored by the warm welcome from locals eager to introduce visitors to local customs.

First and foremost is the ancient sport of hurling, which draws up to 80,000 people to see a sport that stretches back 4,000 years into prehistory If you’re lucky you might get the chance to see Kilkenny, the game’s modern specialists, at their peak, or to watch Waterford and Wexford vie to end their long wait for a title (60 years in Waterford’s case!). 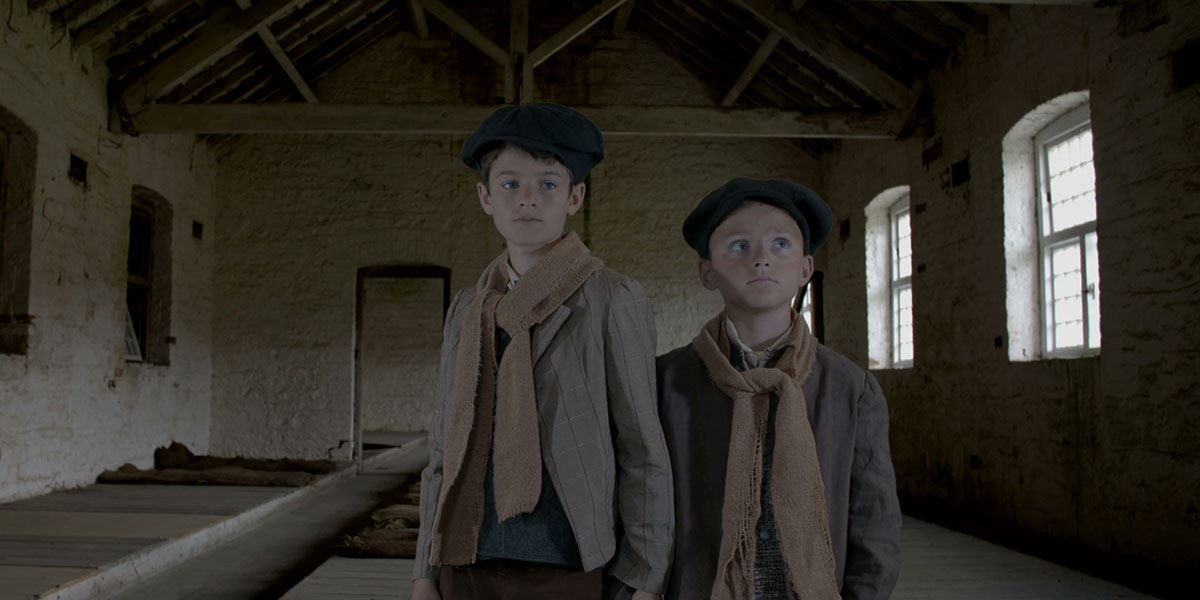 In the coastal area of Rinn, County Waterford, you can visit one of only two Gaeltachtaí – Irish speaking areas – outside the rugged western seaboard. Waterford city itself meanwhile, is a treasure trove of Viking and medieval architecture, and is an excellent spot for a walking tour of its historic and cultural riches, with several excellent museums.

In the county, the Waterford and Suir Valley Railway at Kilmeadan is an enjoyable trip down memory lane. There are surprising activities and places to visit across the region, from wildlife parks, adventures and leisure centres and more. Carlow, meanwhile, has some lovely rolling hills, forest parks and, inevitably, some engrossing visitor attractions at Huntington Castle and Altamont Gardens.

There are also the Norman ruins of Carlow Castle, which was the improbable capital of Ireland at one point. Amazing history that oozes from every street, and Ireland’s most authentically vibrant pub and arts scene: Ireland’s Ancient East has it all.

History and heritage of County Galway