There are so many things to do in the Black Country, but here are the top 10.

A working recreation of life in the Black Country during Victorian times and the 1930s. There’s a chance to explore what life was like down the pit, ride vintage trolley buses, sit in on a Victorian school lesson, enjoy a Victorian funfair and buy traditional sweets as well two hugely popular fish and chip shops. The exhibition centre has displays commemorating the Black Country and manufacturing and there’s also a collection of vintage vehicles. Volunteers and staff dressed in period style talk about the region’s history and what it was really like to live and work during this revolutionary period of history. 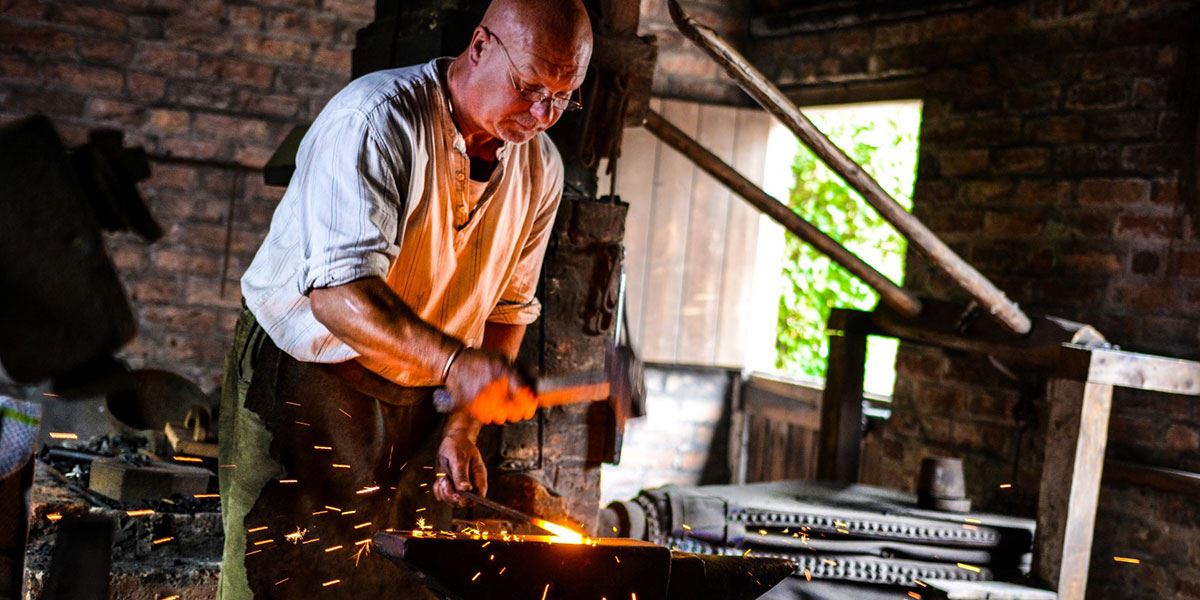 Step back in time at the Black Country Living Museum

The area’s canal network was vital during the industrial era. The most popular canal trip is the 45 minute one from the BCLM which takes you through the Dudley tunnel and limestone caverns to visit the Little Tess Cavern explaining how the limestone was originally formed, has reconstructions depicting how miners worked in the tunnels during the 18th century and a music and light show in the Singing Cavern. You can even have a go at ‘legging’ the boat through the tunnel.

For football fans, a visit to Dudley to see the statue of Dudley-born Duncan Edwards is a must. He was one of the famous Busby Babes under Manchester United manager Matt Busby who lost their lives in the 1958 Munich air disaster.

Walsall was once the epicenter of the country’s leather trade during and particularly famous for its harnesses and saddlery (hence the nickname of Saddlers for Walsall FC). The industry began to decline in the 1900s as horses were replaced by trains and automobiles, but the heritage can be seen at Walsall Leather Museum, which charts the town’s rise from a small market town into an international saddle-making centre. Skilled craftsmen demonstrate the trade.

Based in Stourbridge, glassmaking was another craft in which the Black Country led the world, the glass sheets for the Great Exhibition at Crystal Palace in 851 were made here. Today, some 30 metres high, the Red House Glass Cone is the best preserved of only four glass cones remaining in the UK and celebrates 225 years of glass, industrial and social history. Hot glassblowing demonstrations take place at weekends.

A striking contrast to the surrounding area, the spectacular Balaji Temple in Tividale is a Hindu temple modelled on the Thirupathi Temple in Chittoor in India.

Wolverhampton Museum and Art Gallery contains Peace and Plenty Binding the Arrows of War (1614), the only work by the Flemish Baroque painter Abraham Janssens van Nuyssen in a British public collection.

Experience the optical illusion of the Crooked House pub in Himley, subsidence due to mining meaning one side is lower than the other so that a marble seems to roll uphill!

Take the Desperate Dan Steak Pie challenge at Mad O’Rourke’s Pie Shop in Dudley. Finish it, and you get a certificate. 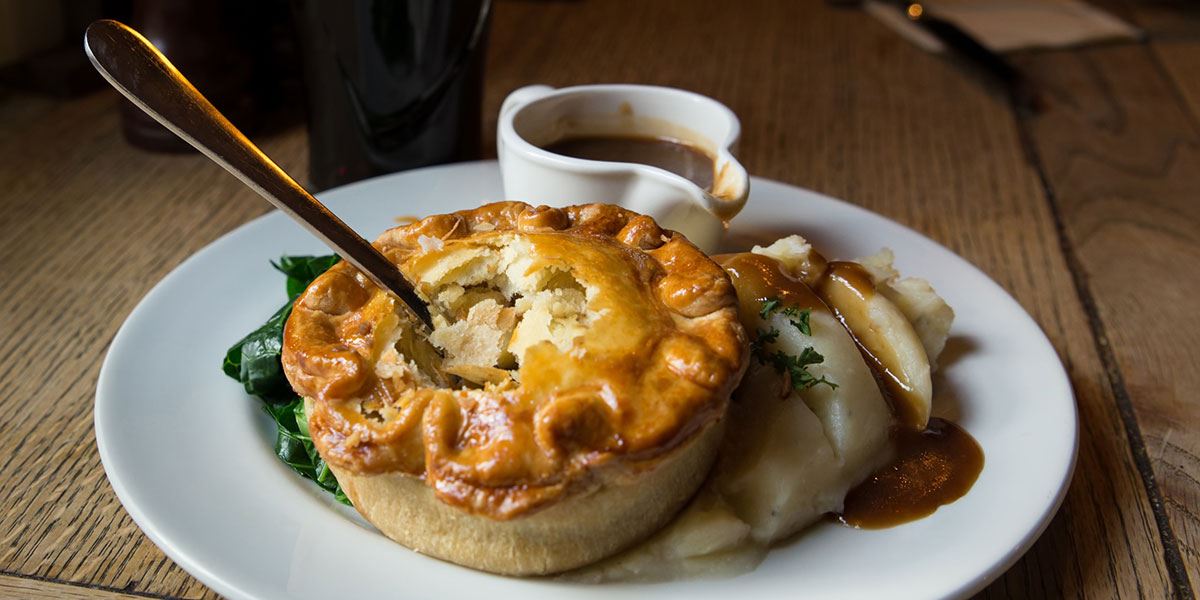 Could you take on a pie challenge?

Open the second sunday of the month, hidden away in Cradley Heath, the Mushroom Green Chain Museum is small, specialist free exhibit about the history of chainmaking and those that made them. Now that’s what we call LinkedIn.