The best thing about dining in London is its diversity. You’ll find traditional English classics as well as cuisine from around the globe. The city also has a nice line in quirky dining experiences!

It doesn’t get more quintessentially British than afternoon tea. This famous pastime, made popular by Anna, the seventh Duchess of Bedford in 1840, is a staple of London’s social calendar.

Tea at The Ritz is by far the best known, but most luxury hotels provide an afternoon tea menu, some more old-school than others. Traditionalists should head for The Dorchester, Claridge’s and The Savoy, where cakes, crustless sandwiches and scones are all served on delicate china stands and are accompanied by a choice of fine teas and a crisp glass of Champagne. 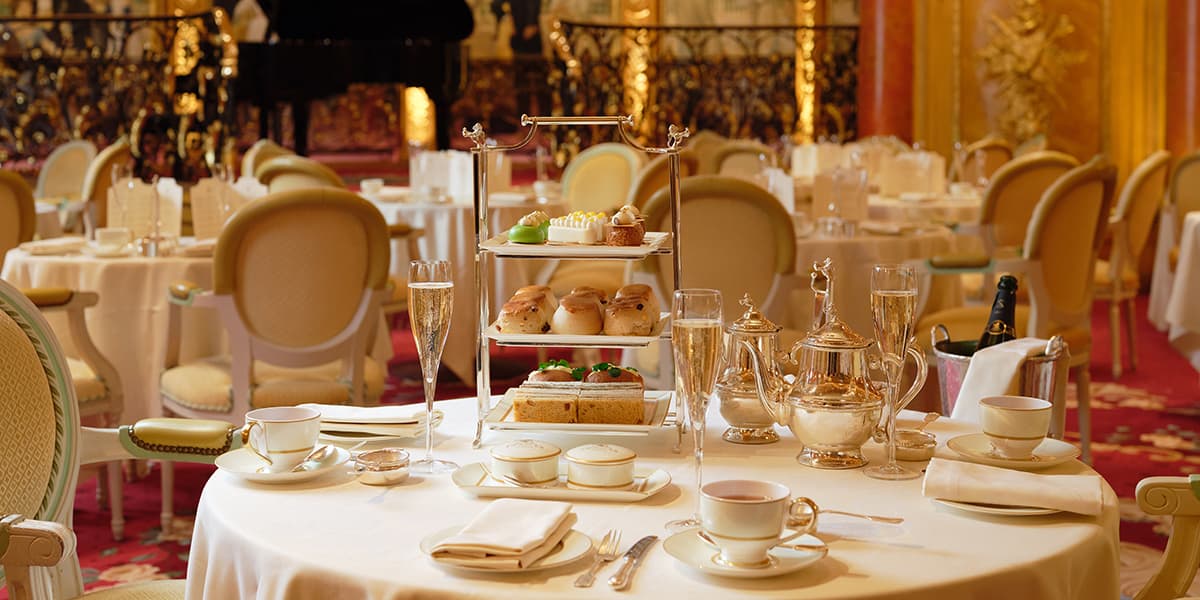 For something a little different, try a themed tea. These include a fashion-inspired tea at The Berkeley Hotel; Charlie and the Chocolate Factory inspired treats at One Aldwych; and a Science afternoon tea at the Ampersand Hotel, complete with chocolate fossils and sweet-filled test tubes. You can even treat yourself to this famous British pastime aboard a red double decker bus!

It doesn’t get more quintessentially British than afternoon tea. This famous pastime, made popular by Anna, the seventh Duchess of Bedford in 1840

For those who scoff at scones, The OXO Tower’s brasserie serves a ‘Not Afternoon Tea’. It features a selection of quirky cocktails and sweet treats with not a sandwich or scone in sight.

Drawing on the cultural diversity of London’s population, street food is more popular than ever before. Try Borough Market, where you can easily spend half a day dining out on the free samples on offer, and Brick Lane, where there’s everything from curry to Korean to Ethiopian. 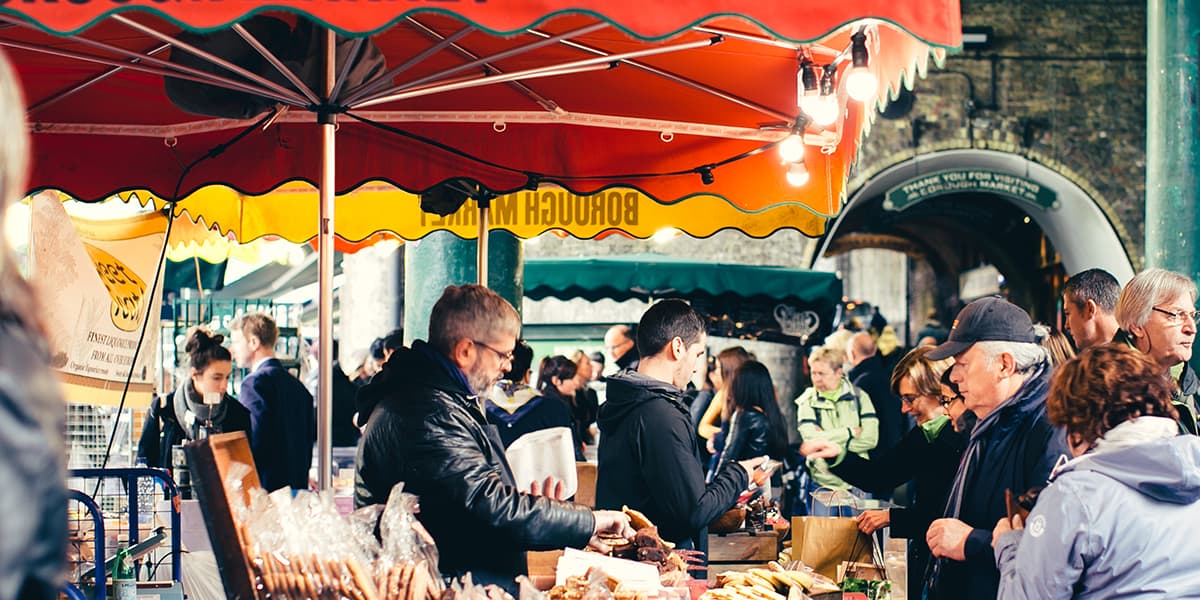 Expect Borough Market to be packed with goodies

At the weekend head for the Southbank Centre Food Market, where stalls are open until 9pm, or Street Feast, which has venues across the city open from 5pm to midnight on Fridays and Saturdays. The range of cuisines on offer is suitably varied. Think Venezuelan, Polish sausages and jerk chicken.

Drawing on the cultural diversity of London’s population, street food is more popular than ever before, expect stalls to always be open

One of the biggest food fads to hit London recently is the bao. Popular at street food markets across the city, this Taiwanese steamed bun sandwich now has several restaurants dedicated to it including five owned by chain Bao London. They have branches in Soho, Fitzrovia and Borough – but beware, they don’t take reservations and the queues for a table soon back up.

Another foreign delicacy making its mark in the city is the Sri Lankan hopper (rice and coconut milk pancakes shaped like a bowl). Hoppers Soho, backed by the Sethi family, who also back Bao London, launched back in 2015. It’s been so successful that two more branches have opened – one in Marylebone and one in King’s Cross.

Eating out is about to get more interesting! From floating restaurants that take you along the River Thames to dining rooms where you eat in the dark, Londoners have a wealth of offbeat dining experiences at their fingertips.

With futuristic décor courtesy of British designer Tom Dixon, Circus restaurant and cocktail bar in the West End feels truly decadent. Dinner is punctuated by various surprise cabaret and circus acts, which parade around the tables as you eat. 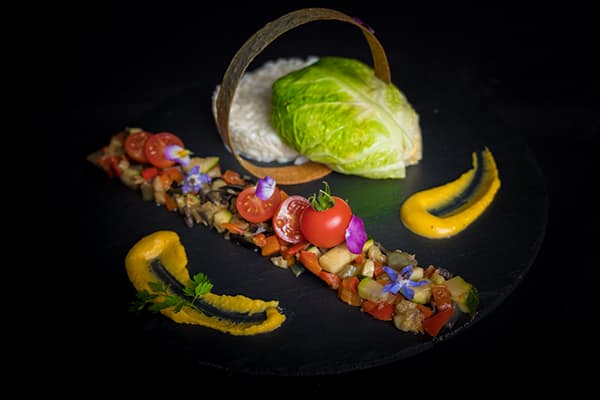 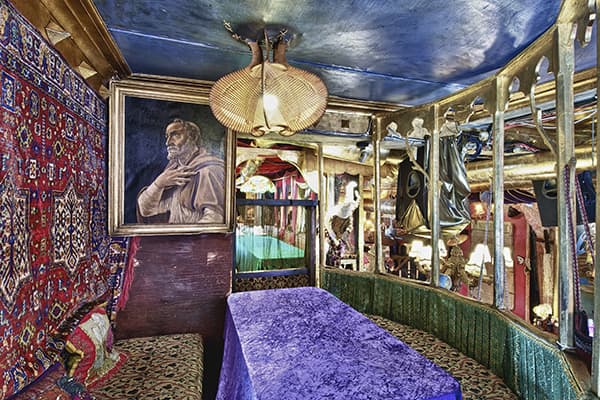 Also in the West End, Sarastro puts on regular live music from Latin to opera. The restaurant is even decked out like a theatre – elevated boxes arranged around the restaurant are furnished in rococo, Gothic and Ottoman styles. The food is of the Turkish-Mediterranean variety.

Want a real dining adventure? There’s one restaurant in London which serves dinner in complete darkness. At Dans le Noir ? in Clerkenwell, meals are served by blind waiters and challenge your sense of taste and smell in a bid to educate your palate.

Sarastro is decked out like a theatre – elevated boxes arranged around the restaurant are furnished in rococo, Gothic and Ottoman styles

You can even dine in a working prison by booking a table at The Clink restaurant at HMP Brixton. Charity-run, the restaurant sits within the walls of the category C/D prison and allows a select number of visitors to dine on food prepared by inmates as part of a prisoner rehabilitation programme.

For that extra special lavish experience, head to Soho’s Bob Bob Ricard, which serves a luxury English and Russian menu to its eclectic clientele in London’s most glamorous all-booth dining room. Equipped with a ‘press for Champagne’ button at every table, it’s famous for pouring more bubbles than any other restaurant in the UK.

Art and museums for culture vultures in the capital

Discover an abundance of fine dining in London