Discover an abundance of fine dining in London

If you want to dress up and go dining in serious style, London doesn’t disappoint. It has some of the best restaurants in the world – including the most glamorous.

Dining with a view

Want to really live the high life? Go dining in London and book a table at the top of a tower where the views are as good as the food. London’s highest restaurant is Duck & Waffle, which sits triumphantly on the 40th floor of the Heron Tower at 110 Bishopsgate. Here executive chef Daniel Barbosa cooks up traditional British dishes with a European slant, including the restaurant’s signature dish – duck leg and duck egg on a waffle with maple syrup. It’s open 24 hours a day so those dramatic vistas are always accessible.

If you don’t fancy the food at Duck & Waffle, don’t panic. Descend a floor in the same building and you’ll find yourself in Sushi Samba, a New York import that serves a fusion of sushi dishes with influences from Japan, Brazil and Peru. 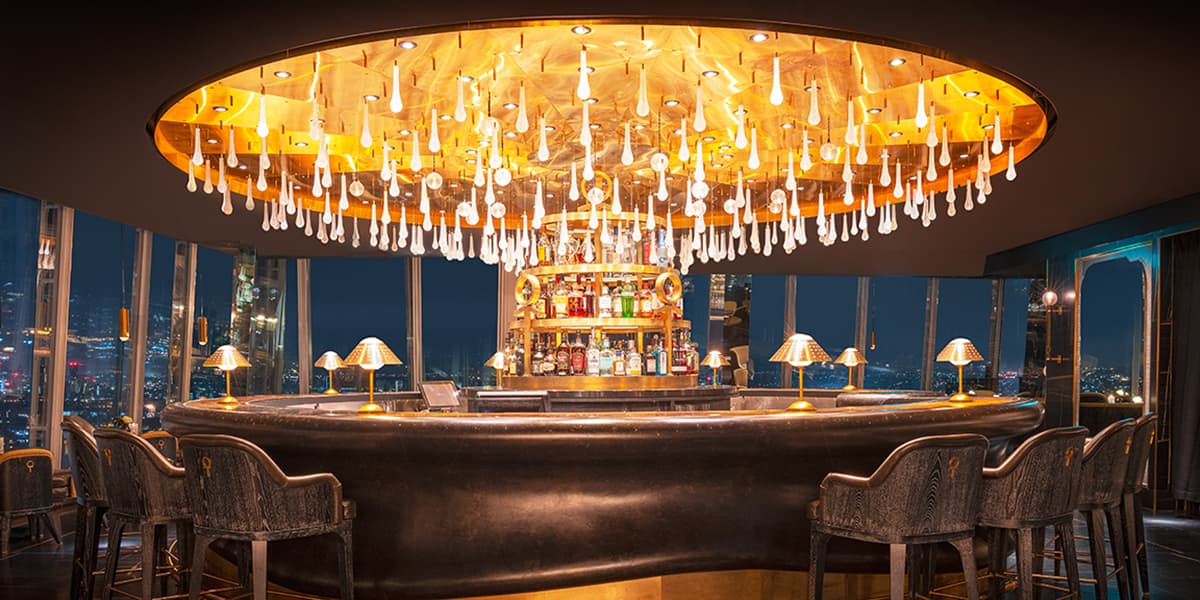 Located on the 31st floor of The Shard, observe panoramic views at Aqua Shard

The dining room is seriously stylish and includes a speckled black-and-white floor, a ‘sky at night’ bamboo canopy containing 340 lightbulbs, and not one but two outdoor terraces – one with a bar set around a magnificent orange tree.

For more sublime skyscraper dining make your way to The Shard, the tallest building in western Europe. Aqua Shard, located on level 31, serves innovative contemporary cuisine and has a three-storey-high atrium bar offering an extensive cocktail menu. Head up a floor and you’ll find Oblix at The Shard, which offers a sophisticated yet relaxed dining experience and has a wood-fired oven, charcoal grill and spit roast. If you fancy some Asian cuisine, then head up even further to Hutong. Here you can get stuck into fancy northern Chinese cooking as well as cocktails inspired by ingredients used in traditional Chinese medicine.

Sample traditional British dishes with a European slant, maybe even some duck leg and duck egg. There are restaurants open 24 hours a day so there are plenty of opportunities to have eat something truly fantastic

Set on the south bank of the River Thames, The OXO Tower has a spectacular outlook towards Charing Cross and St Paul’s Cathedral. A dazzling success since opening in 1996, the Harvey Nichols-run trio of restaurants on the eighth floor of the tower includes a formal restaurant, a low-key brasserie and a bar.

Few Michelin-starred restaurants have views to match that of Galvin at Windows, on the 28th floor of Hilton Park Lane. The modern French haute cuisine is as impressive as the plush 1930s-style décor and the views out towards iconic sites, including Hyde Park and Buckingham Palace.

Love the finer things in life? Rest assured that London’s fine-dining credentials are impeccable, including a host of Michelin-starred dining rooms.

There are currently five London restaurants with three Michelin stars – Alain Ducasse at The Dorchester, Gordon Ramsay’s namesake restaurant in Chelsea, CORE by Clare Smyth in Notting Hill, colourful Sketch (The Lecture Room & Library) near Piccadilly and Hélène Darroze at The Connaught in Mayfair, which offers a quintessentially English fine-dining experience. 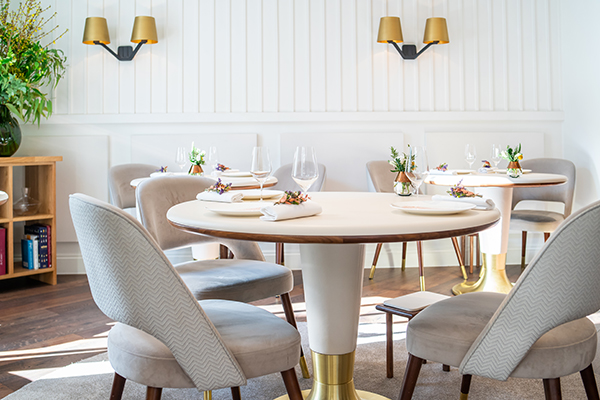 CORE by Clare Smyth offers a bright environment to dine in 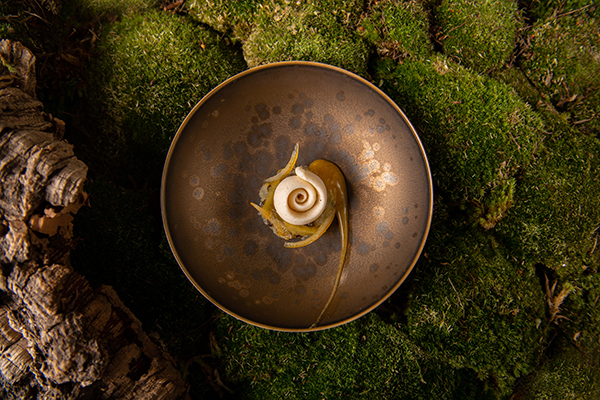 Taste some high quality dishes at Alain Ducasse at The Dorchester

Heston Blumenthal’s famous flagship restaurant the Fat Duck in Bray, may well be booked up months in advance but his two Michelin-starred London restaurant at the Mandarin Oriental in Knightsbridge, is a little more accessible. While the Fat Duck celebrates futuristic flamboyance, Dinner by Heston Blumenthal updates historic dishes with flair, ensuring that it’s one of London’s most sought-after destinations.

Super chef James Knappett shakes the pans at Kitchen Table – a tiny two Michelin-starred, 19-seat modern European restaurant in Fitzrovia. It offers a 12-course tasting menu of seasonal British produce, which changes daily. Diners can sit right around the kitchen so they can watch the chefs’ every move.

Love the finer things in life? Rest assured that London’s fine-dining credentials are impeccable, including a host of Michelin-starred dining rooms

Also in Mayfair is Michelin-starred Japanese restaurant Umu. The restaurant – whose name means ‘born of nature’ – opened in 2004 as the UK’s first Kyoto-style dining room. It specialises in the multi-course kaiseki menus that are a speciality of the former imperial capital. It’s best to save this swanky venue for a special occasion, unless you have a generous expense account!

Sticking with high-end Asian offerings, the Michelin-starred Amaya, in Belgravia, specialises in stylish pan-Indian tapas. Ask for a table by the kitchen for a view of the chefs working the clay tandoor, charcoal grill and griddle. 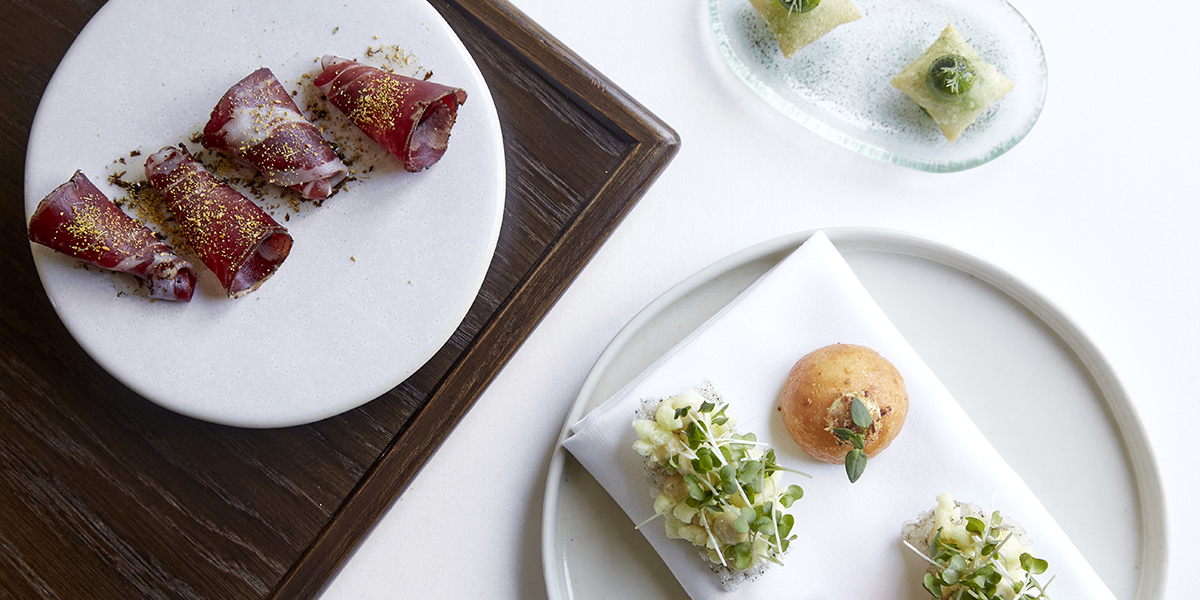 Traditionalists will love the 103-year-old The Dining Room, at The Goring Hotel near St James’ Park. A favourite with the royal family, the plush dining room features bow-tied waiters, Swarovski chandeliers and thick drapes in muted colours. As for the menu? It features traditional British classics such as beef Wellington and a trolley laden with British cheeses.

The longstanding Le Gavroche is a London institution, having trained the likes of Marco Pierre White and Gordon Ramsay. Opened in 1967 by brothers Michel and Albert Roux, the two Michelin-starred restaurant is now run by Michel Roux junior and offers a delicious French menu complemented by an unpretentious atmosphere and a 60,000-strong wine list.

Locanda Locatelli is another Michelin-starred gem. Considered by many to be one of the best Italian chefs in the UK, Giorgio Locatelli serves authentic home-made Italian food and can often be seen wandering among his diners.

If you’re more concerned about who you’re dining with than who’s cooking the food, there are plenty of places to get celeb spotting. Artwork by Damien Hirst, Frank Gehry and Michael Roberts adorns the walls of Sexy Fish, an Asian fusion restaurant in Berkeley Square. There’s also a resident DJ seven nights a week and it’s open until 2am. Expect famous people, lots of famous people.

If you don’t manage to bag a booking at Sexy Fish, try Chiltern Firehouse – Andre Balazs’ luxury hotel and restaurant in Marylebone – and it’s almost a dead cert you’ll be dining with at least one star. Originally one of London’s first purpose-built fire stations, the Grade 2-listed Gothic Victorian building has been transformed into a swanky New York-style brasserie. Guests including Kate Moss, Simon Cowell, Lindsay Lohan, David Beckham, Orlando Bloom and even former Prime Minister David Cameron, are greeted by attractive top-hatted doormen and escorted through a pretty garden courtyard to their tables. 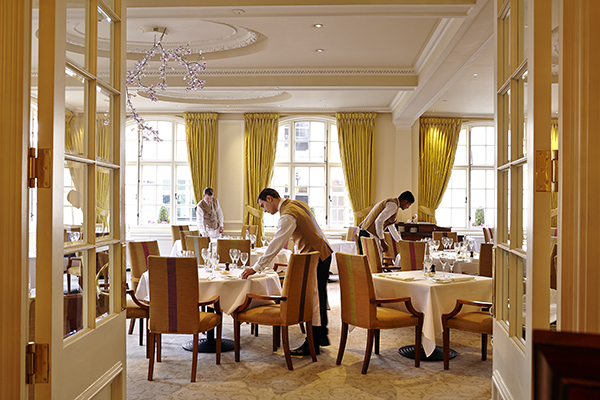 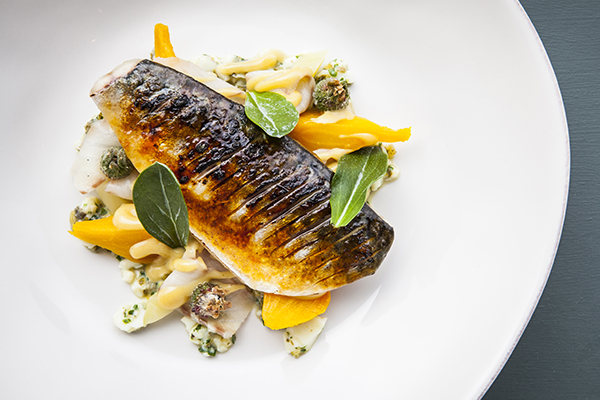 Kitchen W8 is one of the most popular celeb haunts in town. The stylish Michelin-starred venue is nestled unassumingly in one of Kensington’s side streets but has steadily built up a reputation as being the number one choice for the rich and famous in the know.

Despite these new kids on the block, A-listers continue to dine at Nobu, the Park Lane sushi restaurant co-owned by Robert de Niro. And, while its crown has slipped slightly in recent years, The Ivy is still the place to be seen when in London’s West End.

Traditionalists will love the 103-year-old The Dining Room, at The Goring Hotel near St James’ Park. The menu features traditional British classics such as beef Wellington and a trolley laden with British cheeses

China Tang is another favourite with VIPs. The restaurant is owned by the flamboyant founder of the Shanghai Tang chain, David Tang, and his movie star friends are often found there sampling Chinese delicacies alongside supermodels and business tycoons. The signature dish of Peking duck is said to be one of the finest in the UK.

The grand old café/restaurant at The Wolseley, on London’s Piccadilly, has a spectacular Grade 2-listed interior and a sumptuous menu to match. Whether you go there for a traditional afternoon tea or the famous Wolseley breakfast, you’re likely to spot a famous face or two, such as Sarah Ferguson or supermodel Lily Cole.

Outdoor activities and exciting attractions in the capital