The best things to do in the Black Country

If you have a few hours – or preferably days – to spare, there’s a whole lot to see and do around the Black Country, much connected with its history. The crown jewel in this regard is the Black Country Living Museum, situated near Dudley en route to Tipton.

A regular location for filming Peaky Blinders, here two streets of restored buildings recreate a canal-side industrial village from the 19th and early 20th centuries, the most recent addition to the 1930s-themed high street, originally part of the Old Birmingham Road, being Gripton’s Radio Store with its vintage music from vintage wirelesses.

A central attraction is the full-scale replica of the original 1712 Newcomen Steam Engine. There’s still full steam ahead at the recently restored Raceourse Colliery built as a typical small Black Country coalpit from 1910. In the exhibition hall, the frontage of which is the old Rolfe Street Baths from Smethwick, Heart Of The Black Country features nine areas linking the Museum’s sites and exhibits to the people, history and future of the Black Country with interactive models, videos, illustrations and objects. 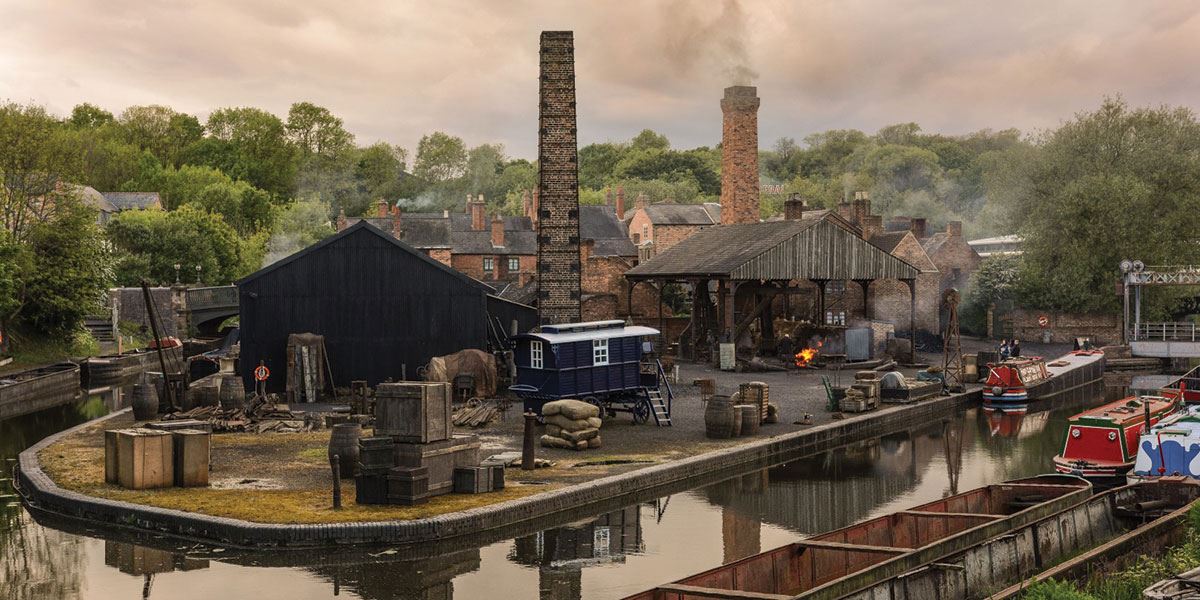 Next to this is a display of vintage cars and bus and trolleys. There’s live demonstrations of chain making and residents’ in period costume recount tales of old Black Country life while, open all-year-round there’s chance to grab a drink at the Bottle & Glass spit and sawdust pub and sample truly fantastic fish and chips from one of the two shops. The Museum also affords access to Dudley Canal Tunnel and the Birmingham Canal Navigations operated by Dudley Canal Trust where you can book electric narrow boat trips ranging from a leisurely 45 minutes journey through Dudley’s limestone caverns and over 420 million years of history to a full six hours.

Just down the road in nearby Willenhall, sister museum, the Locksmith’s House celebrates the family-run lock-making businesses of over a century ago recreated using the actual belongings and furniture of the Hodson family of lock makers, the last inhabitants of 54 New Road, Willenhall. At the moment the Locksmith’s House is only open to the public on open days, for special events and for pre-arranged group visits. Please check website for details.

A regular location for filming Peaky Blinders, here two streets of restored buildings recreate a canal-side industrial village from the 19th and early 20th centuries, the most recent addition to the 1930s-themed high street

Travel into Dudley itself and you’ll find Dudley Zoo & Castle, one of the country’s leading centres for the conservation of endangered species, among them Asiatic lions, Sumatran tigers, Bornean orangutans, Tibetan red pandas, Rothschild giraffes and the UK’s largest parent-reared colony of Humboldt penguins. The castle, the original motte and bailey structure dating back to 1070, has regular re-enactment and birds of prey events. The walls are embedded with trilobites, an extinct species related to spiders.

Over in Walsall, you’ll find the Leather Museum, a renovated Victorian factory and working museum that recalls the days when the town was the centre of the country’s leather trade (the local football team’s called The Saddlers). Travelling in the other direction will take you to the Stourbridge Glass Quarter, home to glassmaking for more than 400 years. Here you can explore and watch demonstrations at the 100ft high Red House Glass Cone, one of only four complete cones left in the UK, as well as visit the Ruskin Glass Centre, Webb Corbett Visitor Centre and Tudor Crystal. Stourbridge is also home to the biennial International Festival of Glass, the next being August Bank Holiday 2021, while the new Whitehouse Cone Museum of Glass has the world’s finest collection of 18th, 19th and 20th-century glass. 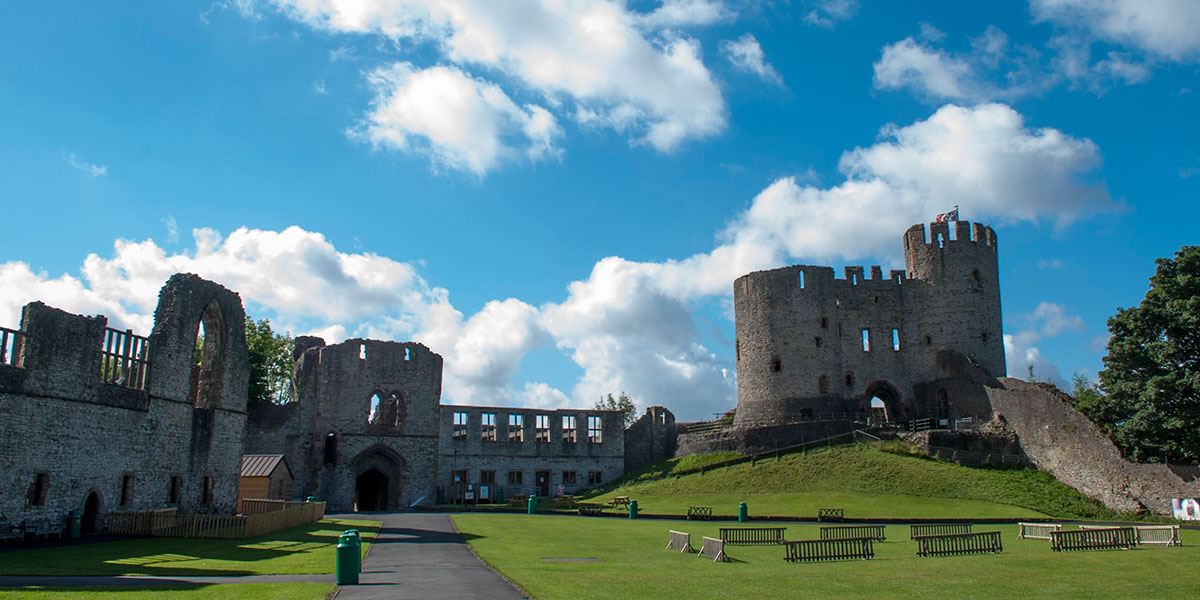 If stately piles are your thing, then, open April to September, Himley Hall, an 18th-century Grade 2-listed building once home to the Earls of Dudley, is set in 180 acres of parkland landscaped by Capability Brown. Over in Wolverhampton, set in 42 acres of parkland, Bantock House is another Grade 2-listed, 18th-century building, originally known as New Merridale Farm and then Merridale House it was bought in 1864 by canal and railway agent Thomas Bantock and renamed in honour of his son Albert Baldwin Bantock, a former two-time Mayor of Wolverhampton. Restored to its Edwardian glory, the ground-floor features displays about the family and the people of Wolverhampton while the museum has collections of fine porcelain, toys and dolls and paintings by 19th-century artists from Kent known as The Cranbrook Colony.

Also near Wolverhampton is Wightwick Manor, a Victorian manor house owned by the National Trust and one of the few surviving examples of the influence of the Aesthetic movement and Arts and Crafts movement, especially William Morris with its original Morris wallpapers and fabrics, as well as Pre-Raphaelite works by Rossetti, Burne-Jones, Millais and Ford Madox Brown. To get a taste of how a Victorian gentleman lived, visit Haden Hill House Museum in Cradley Heath, built in 1878, which is furnished in period style and surrounded by 55 acres of parkland. Adjacent is Haden Old Hall dating from the late 1600s, though now existing only as a shell.

Dating from the same period, Oak House in West Bromwich is a half-timbered yeoman farmer’s house with an adjacent knot garden, the museum furnished with 17th-century furniture. If all this builds a thirst, the first Saturday of the month sees tours round Holden’s Brewery in Dudley and a chance to sample the local ales or, if your balance can stand it, check out the Crooked House, a pub in Himley dating from around 1830 which, thanks to mining subsidence in the 19th century, has one side 4ft lower than the other, an optical illusion that will convince you glasses are sliding across level tables and marbles are rolling uphill!